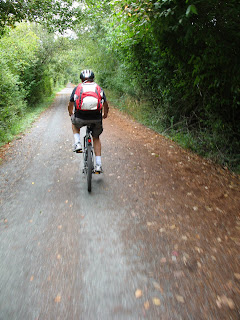 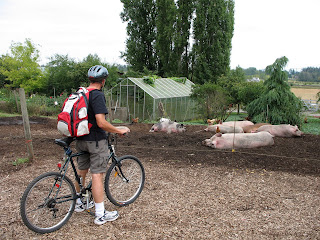 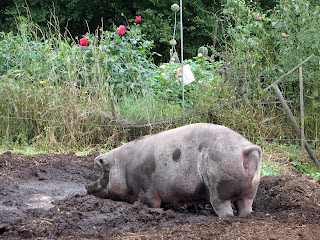 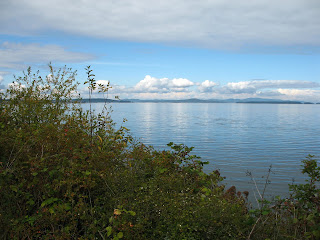 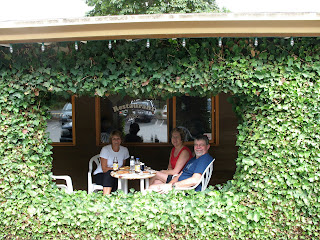 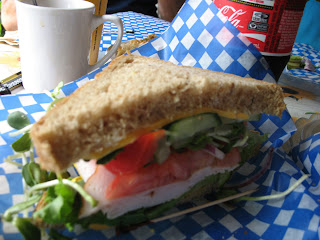 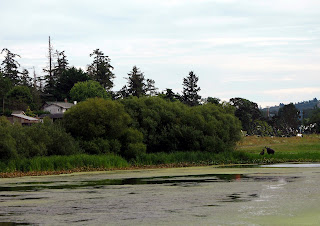 We stopped on a trestle bridge to watch the moose across the pond. I never knew they had moose on Vancouver Island...but here's a picture to prove it! We also took an unplanned detour when we missed the trailhead at an intersection and cycled uphill in the wrong direction for awhile. It took us a leisurely four hours to reach Victoria, so we’re not thinking of going in any races any time soon. 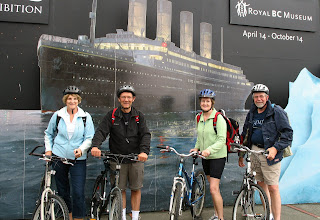 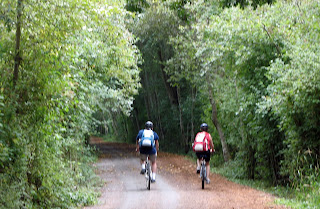 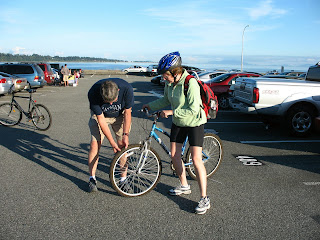 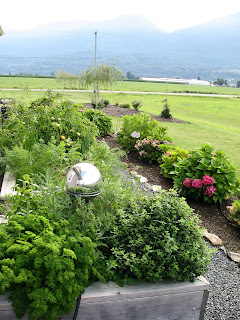 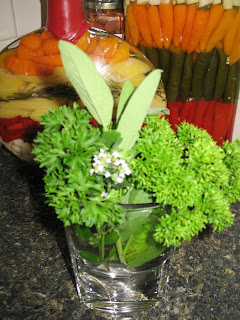 pull a few carrots to eat & check to see if there are any strawberries on my ever-bearing plants. Yesterday they helped me pull out all the beets, which were crowding out the carrots. 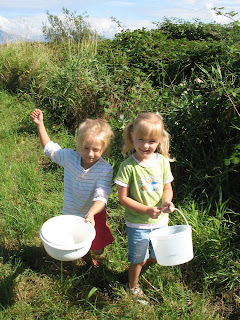 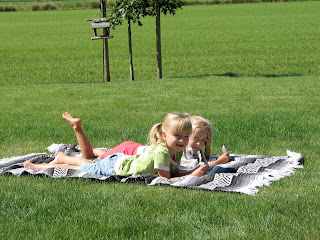 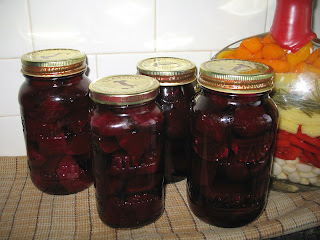 That stands for roses & rainbows…well, rain anyhow! It was a lovely day despite the dreary start. We had lunch with friends at Ricky’s after a great church service (it wasn’t our first choice of a restaurant, but the only one with any empty parking stalls today). After a hearty lunch & a long visit, we discovered our bill had been paid for. We don’t know who picked up the tab, but a big ‘thanks’ to someone out there!
Then it was off to Minter Gardens at long last! We picked up season’s tickets early in the season, because there is no where nicer to stroll on sunny afternoon than the beautiful gardens. Well, it has rained most Sundays this summer, and so our season’s passes were still un-used. By mid-afternoon the rain had stopped and the sun was even peeking out, so we made our first trip of the year to the gardens. 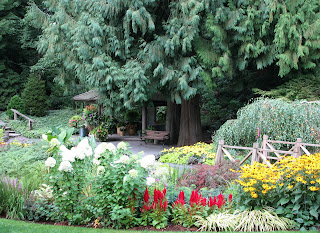 It was so peaceful...so beautiful...& smelled so nice (especially after what I've been smelling around our place all week!) 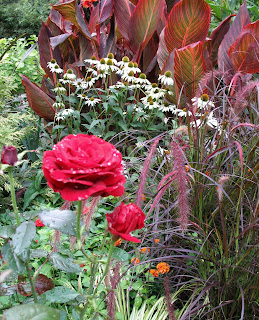 It was lovely…especially with the raindrops glistening on the roses! 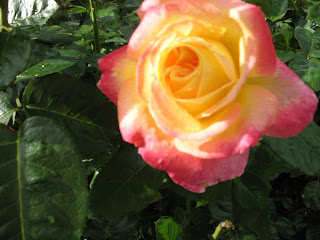 I wish I could have picked a bouquet for a special sister who is celebrating her 30th wedding anniversary today. 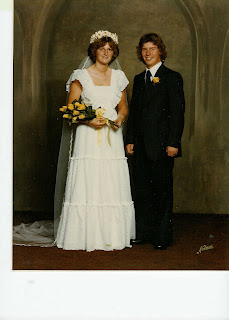 Happy anniversary, Mary Ellen & Ron!
30 years calls for a celebration...
we wish you many more!

Email ThisBlogThis!Share to TwitterShare to FacebookShare to Pinterest
Labels: gardens

View From My Front Porch

Here was the view I woke up to this morning. I grabbed my camera & ran out on the front porch to capture Mt. Cheam peeking out through the morning fog, as the sun was about to rise. 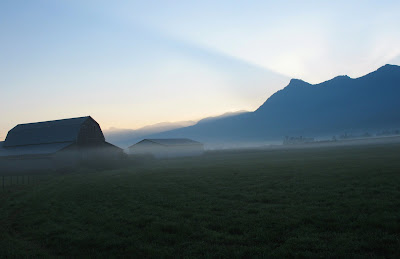 By now I have many pictures of Mt. Cheam from the same vantage point, as I am often struck by the beauty of the mountain right out my front door. It’s funny how it looks quite different in each season, but always so majestic. 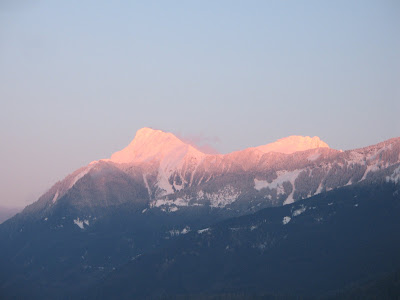 Psalm 121:1
I will lift up my eyes unto the mountains... from where shall my help come from? 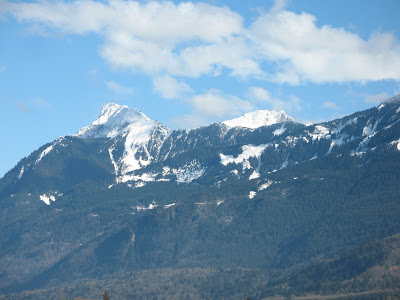 I am venturing into the world of blogging, inspired by a few other blogs I’ve been following, thinking that maybe my journals could be of some benefit to some of you…my friends and family. If nothing else, they will be a recording of the news and views from my home in the shadow of Mt. Cheam. So what better way to begin than to post a few pictures of the beauty out my front door? 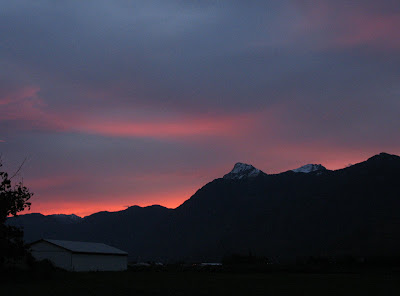 Stop by on occasion & enjoy the views from my front porch.