We have a favorite snack around here...especially with the grands.  It's an all-Canadian snack made by Old Dutch...called popcorn twists.  Though I love popcorn...it comes with hulls and kernels...and bits that tend to get stuck in teeth.  Popcorn twists are a yummy alternative...fluffy, salty and crisp.  When my children were little...they knew they could count on grandma to have popcorn twists whenever they went for a visit.  When my own grandchildren arrived...I continued the tradition.  When wanting a snack...they head for the pantry in search of popcorn twists. 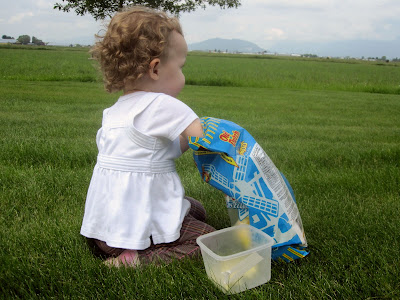 Maelyn finished off the dish of twists... 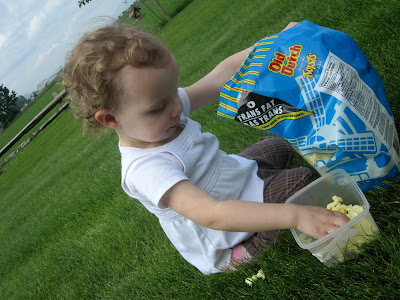 ...and thought she should replenish the supply. 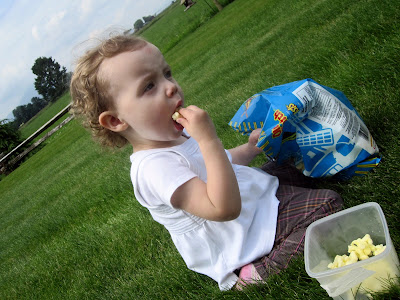 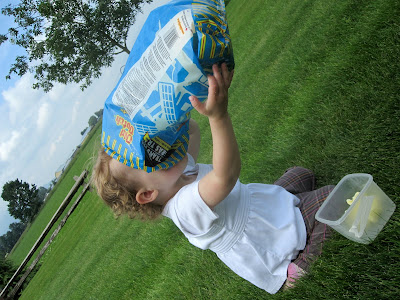 Never mind the bowl...she decided she would eat straight from the bag.  After all...four cups of popcorn twist have a mere 300 calories.

Old Dutch popcorn twists...my recommendation for a snack for the grands...and for the Grammy as well! If you have never tried them...you might want to check them out on your next visit to Canada.  Or place an order...I'm sure they ship around the world!

Canada Day is just around the corner...and we are making plans.  Today is the final day of school for my grands.  Sunshine or shadow...it's summertime!