Let's start with a city tour today.  Quebec City is known as the crown jewel of French Canada.  For good reason! 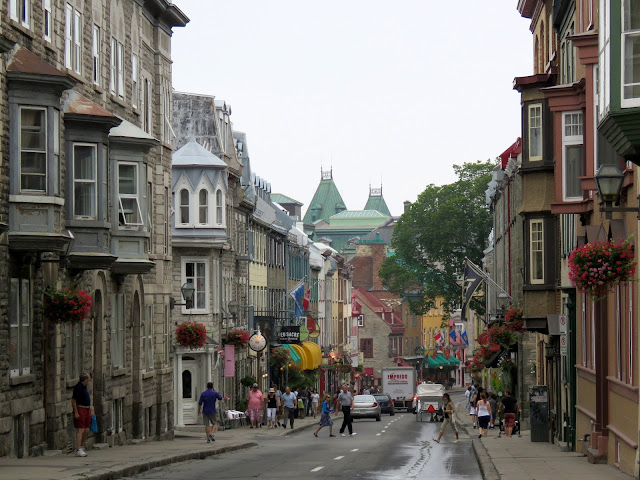 Quebec City is one of the oldest cities in North America....founded by Samuel de Champlain  in 1608.  It is also one of Canada's most visited cities. 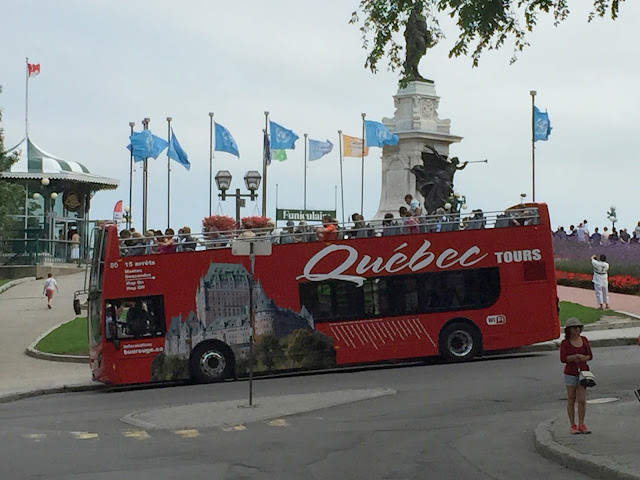 The best way to see it is on foot! But first it's a good idea to learn a little about the city...the history, the landmarks and the layout.  We did that...on a double-decker bus with an excellent tour guide named Daniel. 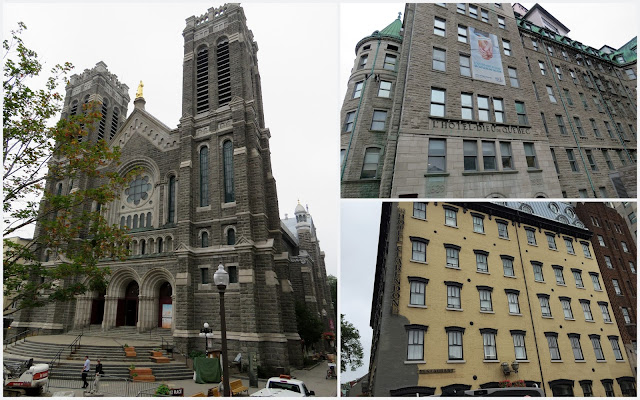 Who knew that Quebec is three times the size of France? We learned that churches are to Quebec what castles are to Europe...architectural marvels.  (Pictured above....the Saint-Roch church which is the largest in Quebec). We also discovered that 'hotel' means 'gathering'...and if you check in at the Hotel-Dieu de Quebec you are booked into a hospital room. Canada's oldest continuously operating hotel is the Clarendon.  We learned a lot from Daniel! 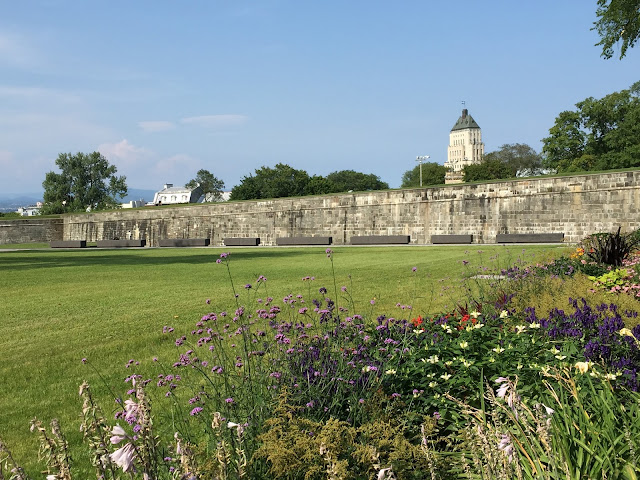 Old Quebec is surrounded by fortified city walls (the only North American city north of Mexico that has walls) ...and is a UNESCO World Heritage Site. 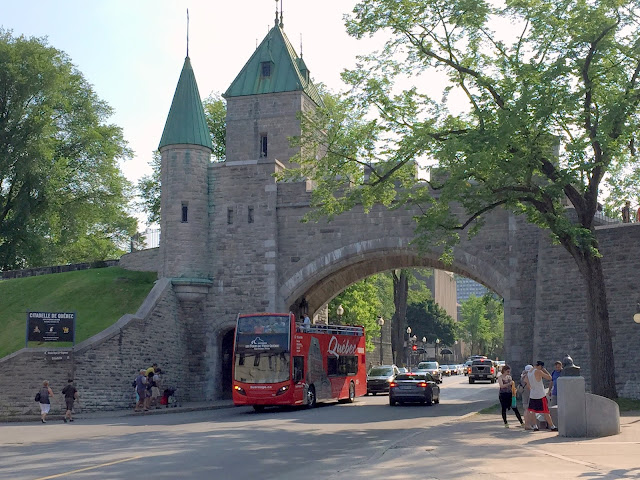 The Port St. Louis gate is one of four gates into the walled city. 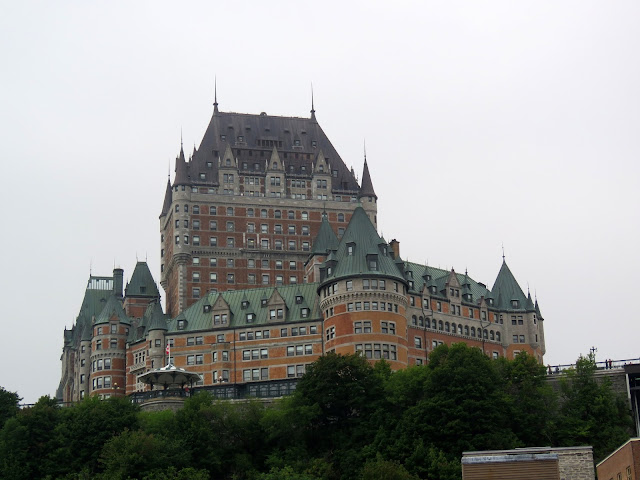 Standing tall as the centerpiece of the Quebec City skyline is the Chateau Frontenac. It is the grandest of the grand hotels in Canada...built by the Canadian Pacific Railway in 1893 as a luxury hotel. It is apparently the most photographed hotel in the world!   Though we were not guests at the hotel...we walked about and had our own little tour of the areas that are open to the public. The hotel has been totally restored and is now part of the Fairmont family of hotels. It is also designated a Unesco World Heritage Site. 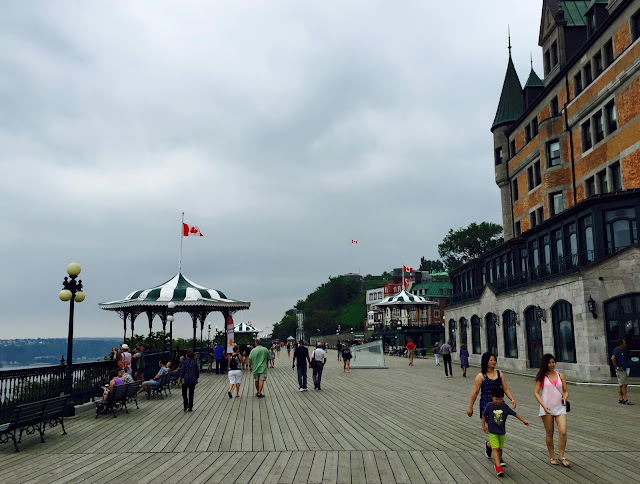 It's a lovely old hotel in a great location on the St. Lawrence River.  A boardwalk is all that separates the hotel from the river. 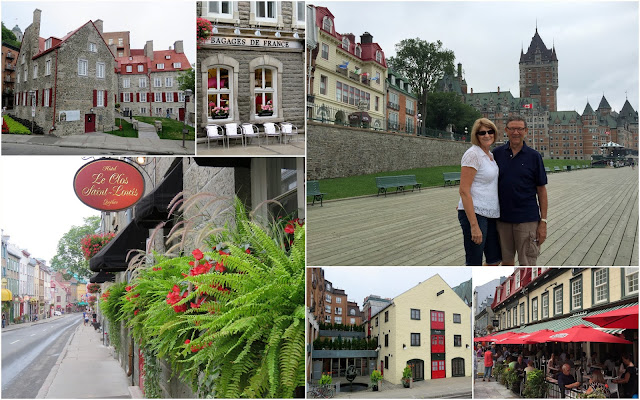 We walked 'many steps' while we were there...past beautiful old buildings...through neighbourhoods that looked like they belonged in Paris... 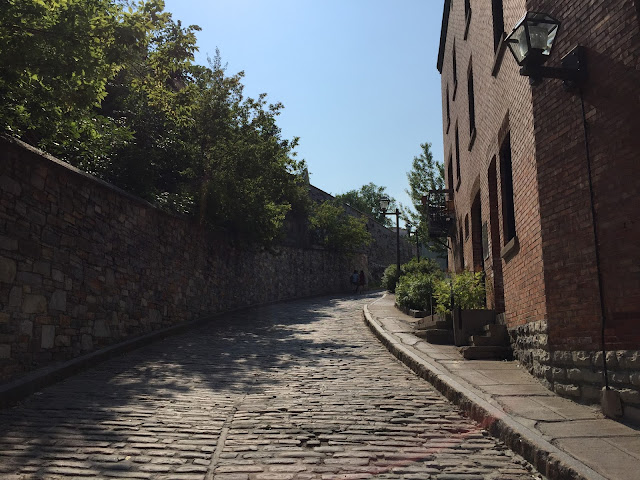 ...and along ancient cobblestone streets. 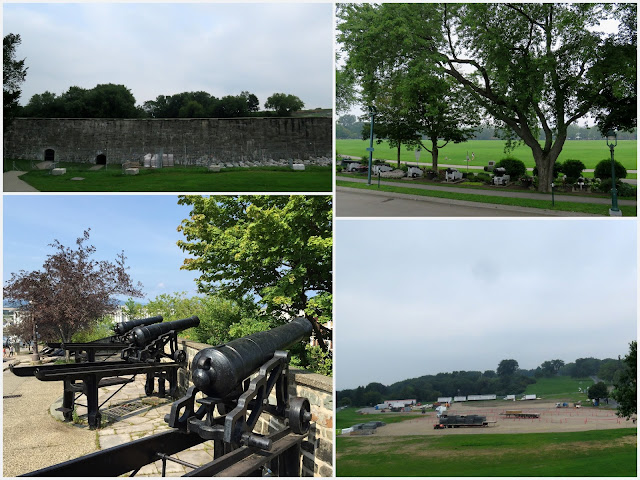 We climbed the 386 stairs from the boardwalk to the Plains of Abraham. Now called Battlefield Park...it is the scene of the greatest battle in Canadian history...when the British defeated the French in 1759.  It is now a sprawling park...a great place to relax or have a picnic in the sunshine. Apparently it also a great place for outdoor concerts...with the Rolling Stones performing there earlier this summer. 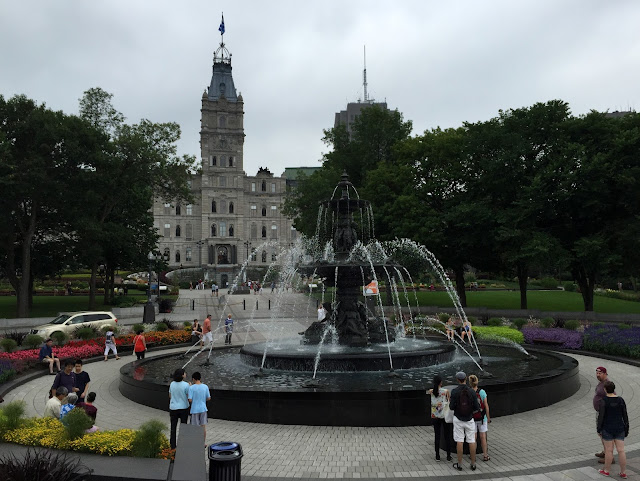 No visit to Quebec City would be complete without checking out the parliament building...an imposing structure built between 1877-1886 and inspired by The Louvre Museum in Paris.

Let me take you to one more site...a wonderful spot just outside of Quebec City. 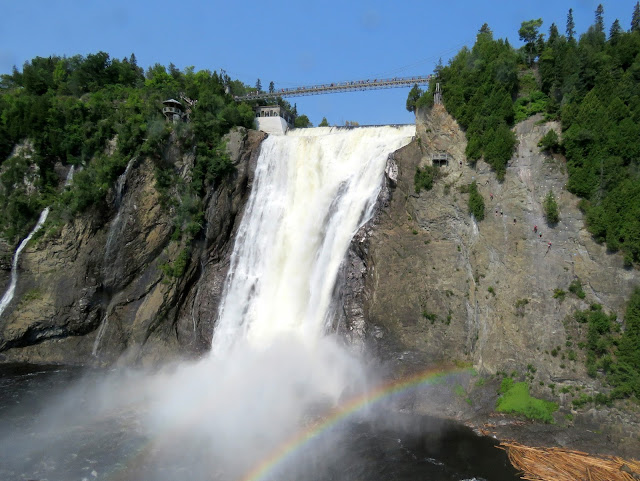 Montmorency Falls is about a 15 minute drive from the old city...and so worth a visit. It is the tallest waterfall in Quebec...at 275 feet high. 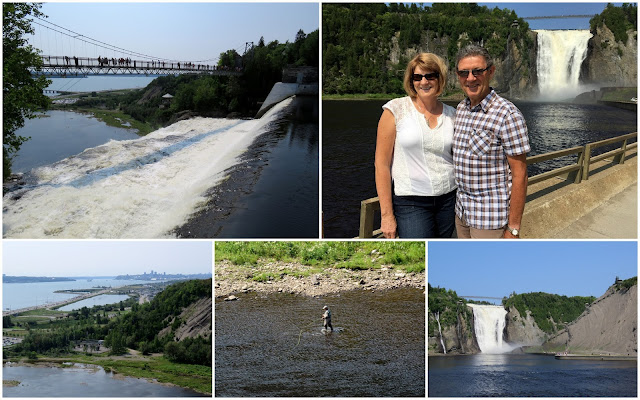 We climbed the 487 steps to the top...and crossed the bridge suspended over the crest of the falls. From there we had a wonderful view of the surrounding area and the city in distance. Below the falls a few fisherman were fly fishing.  If you go to QC...be sure to visit the falls! And if you aren't into climbing stairs...the gondola is an option as well.

Though there is so much more to be said about Quebec City...I'll leave it at that! 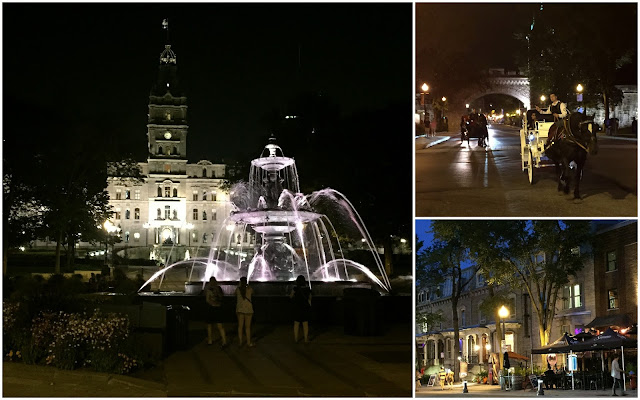 If you ever have an opportunity to visit...take it. Day or night...it's charming and unforgettable!

Next we'll meander along the St. Lawrence River...a scenic drive along roads that hug the waterfront on both shores.