September...the end of summer and the beginning of another school year. 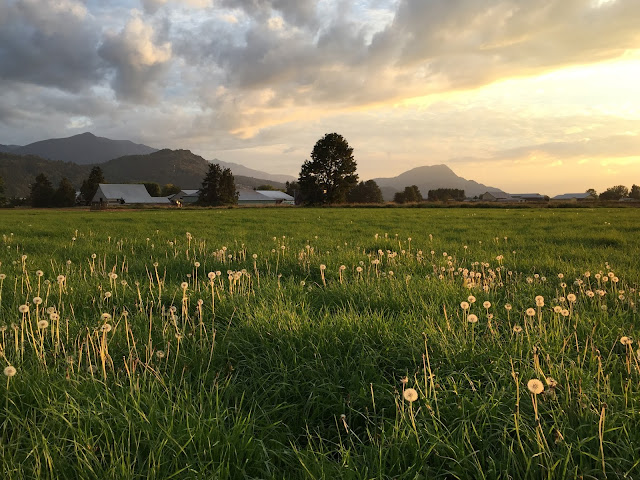 The dandelions seemed a little confused as to the season!

After a long, hot and dry summer...September began with some much needed rain.  The rainbow was a nice touch...captured with my iPhone from the balcony of my dad's eighth floor deck. 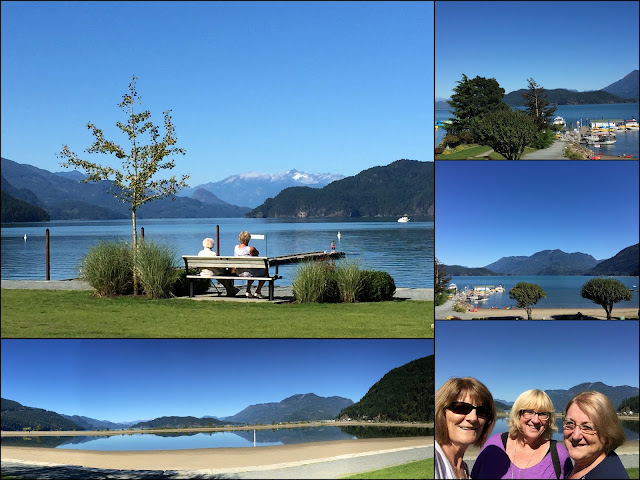 My sister Bev came from Texas earlier in the month.  We spent some sister time at Harrison Hotsprings...and enjoyed brunch there with a lovely view lake.  We lingered around the table long enough...that we could justify ice-cream cones on the beach for dessert! 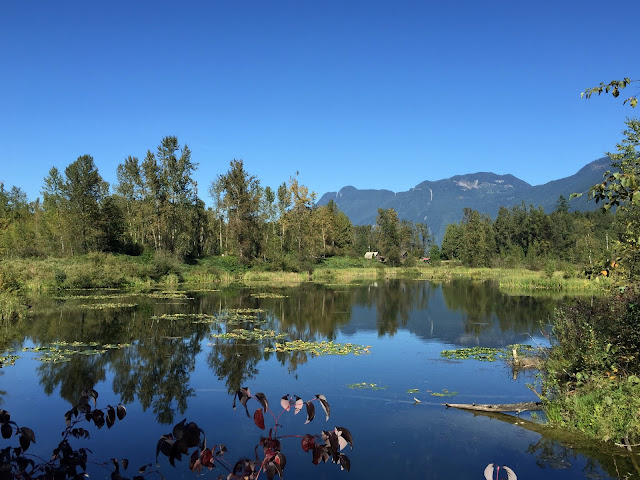 Our next stop was Cheam Lake Wetlands Park... 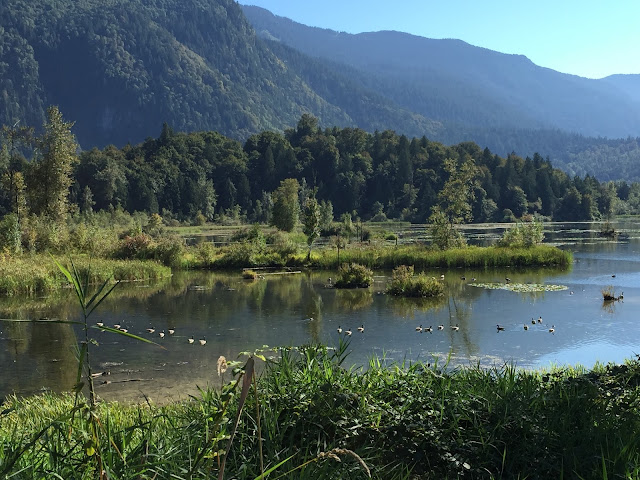 ... peaceful and beautiful in every season. 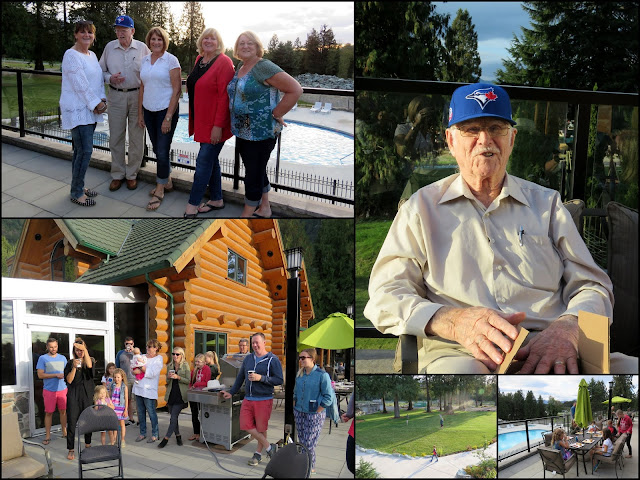 We celebrated my dad's 93rd birthday while Bev was here...and gathered the family for a BBQ.  His favorite birthday gift was the Blue Jay's cap...of course.  He has been a fan for years...before they were a sensation! As you can tell...Dad still likes telling stories.  He had a hard time interrupting his story to pose for photos.

We celebrated a few other birthdays this month as well.  Elmer slipped quietly into his next year of senior-ity! LOL 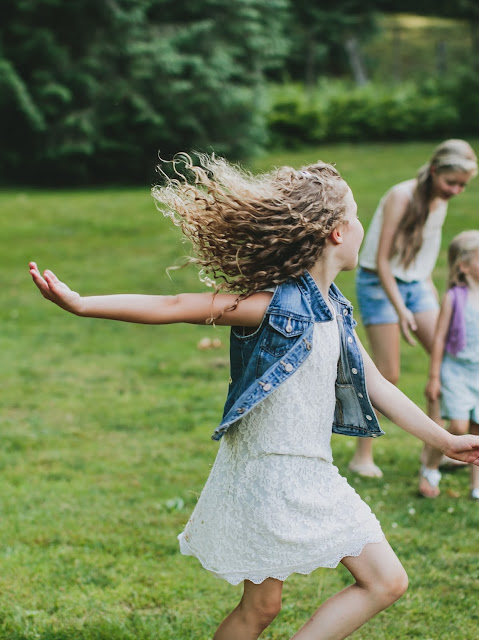 Our dancing, twirling, laughing Maggie turned seven...and celebrated with friends and family.  Where do the years go? 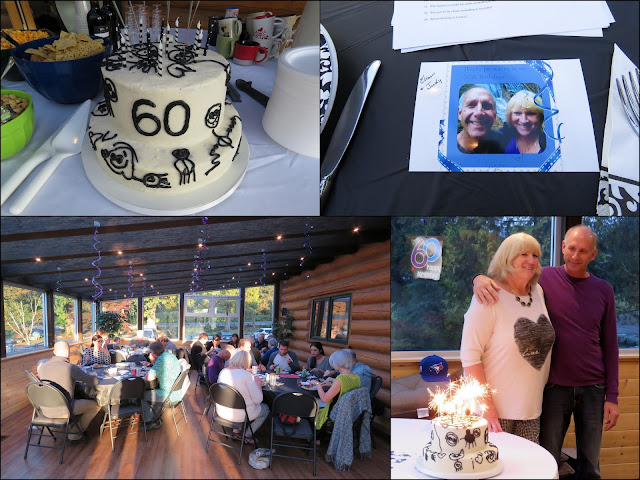 And then there was the party for my sister Dot and brother-in-law Terry...both celebrating their BIG  Six-Oh!  It was a fun time of reminiscing...good food...good fun with 'good' friends and family!

Before the grands all started school this fall, I took the four oldest girls shopping for some new back-to-school clothes.  There was no room in the car for Lucy (who started pre-school this year)...so I promised her an outing all of her own once the others were in school. 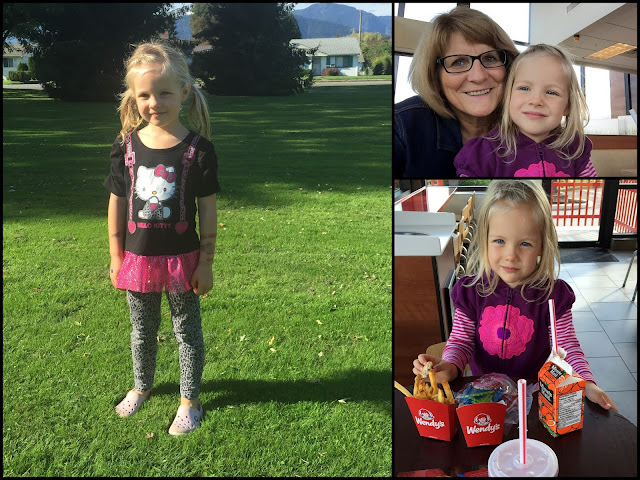 She picked out a Hello Kitty outfit and then chose to go to Wendy's for an early lunch.  From there I drove her to her pre-school.  Who knew I needed a four-year-old navigator to help me find my way?  I couldn't quite remember which street her school was on, and turned one block too soon.  She was all quiet in the back seat of the car, minding her own business until I made that turn. Then she immediately piped up that I was going the wrong way and needed to turn around!  Who needs a GPS if you have a Lucy?  I had a good laugh at that! 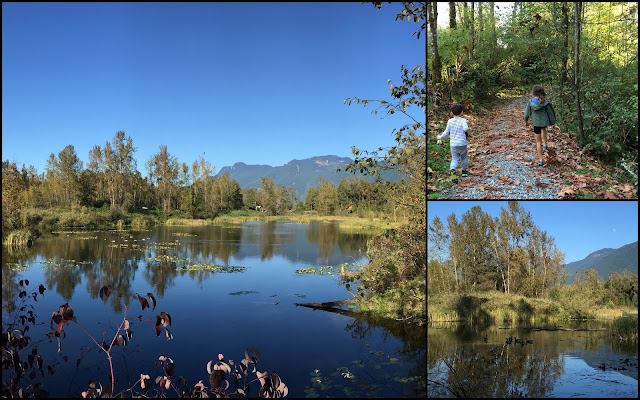 Last Sunday was another beautiful fall day...and we returned to Cheam Wetlands park for a hike with Ranen and Micah.  Though they were a little disappointed that we never came across any snakes or frogs...they had fun on the leaf covered trails. 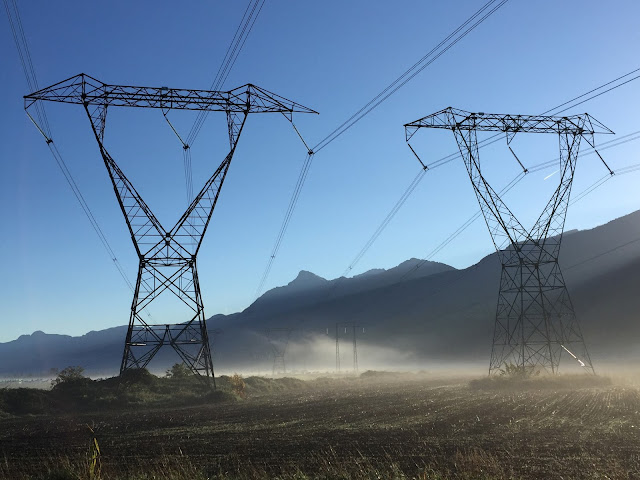 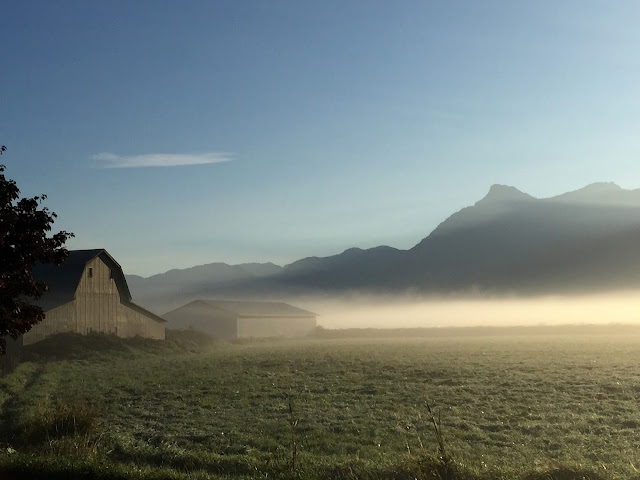 Most every morning began with a layer of fog in the valley. 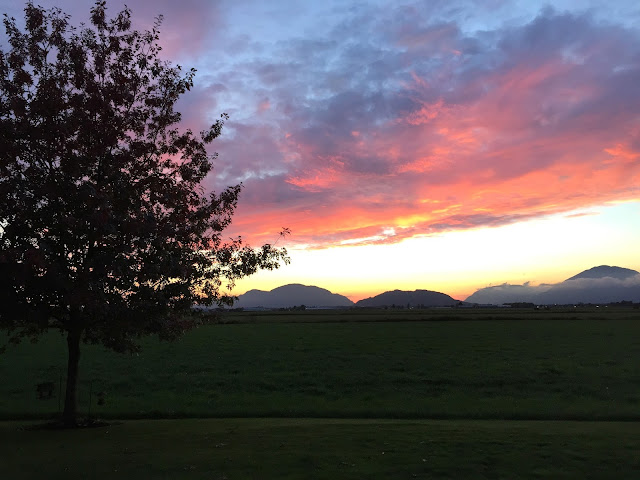 And most every evening ended with a beautiful sunset. 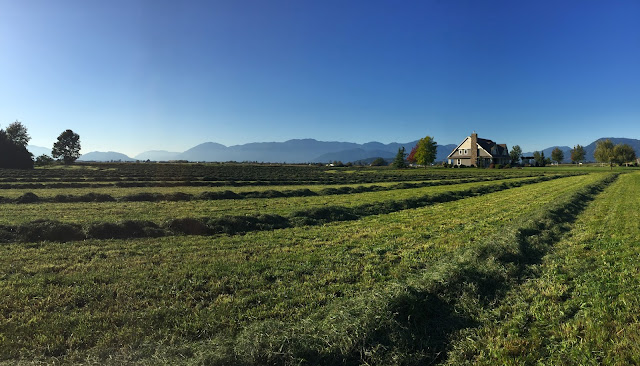 The last crop of grass  for this season is being harvested this week.  Farewell summer! 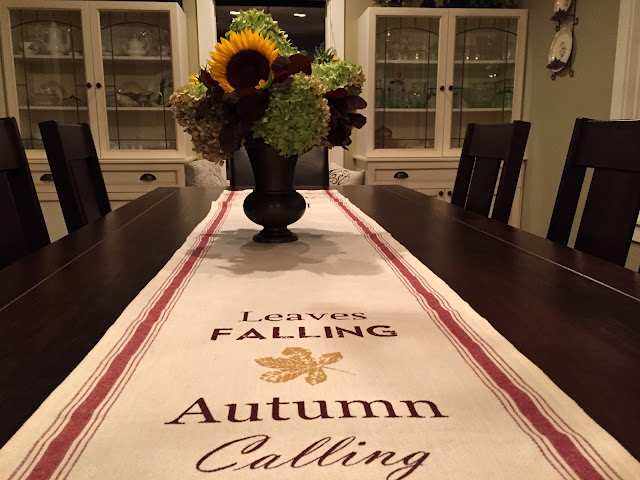 Autumn is upon us.  Enjoy!