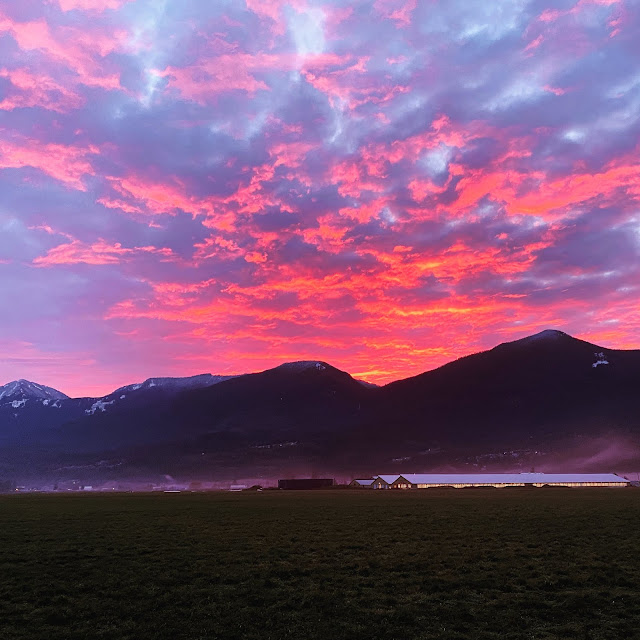 This was yesterday morning's glorious sunrise!

The new year did not start off with good news.
In fact, it seemed that every new day brought more hard things that first week.
But we have hope. 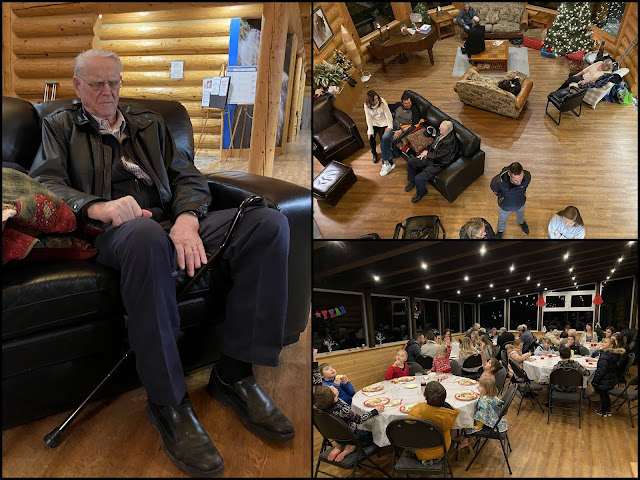 Bill and Jeanne (my brother and sister-in-law from Iowa),
as well as my nephew,
flew out to spend some time here early in the month.

We postponed our Baerg family Christmas get-together until they were here...
and had Christmas in January at a lovely clubhouse.

Dad loves having the clan together...
but as you can tell...
it went a little longer than he was up to!

The Iowa family escaped the valley just as the snow began to fly. 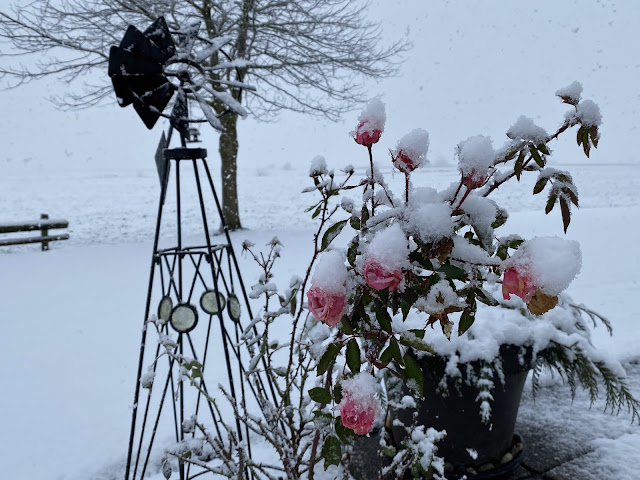 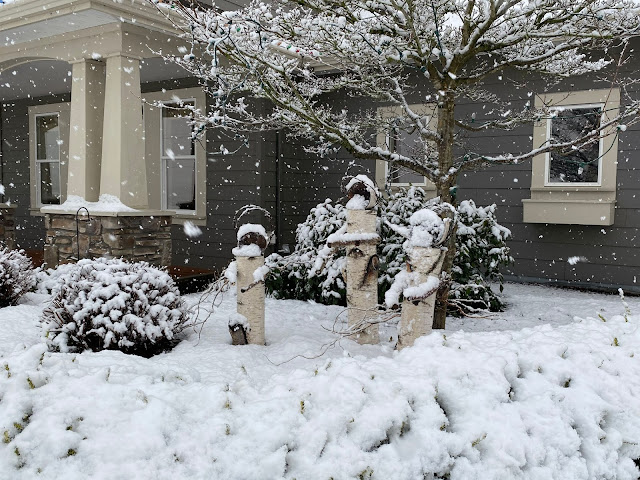 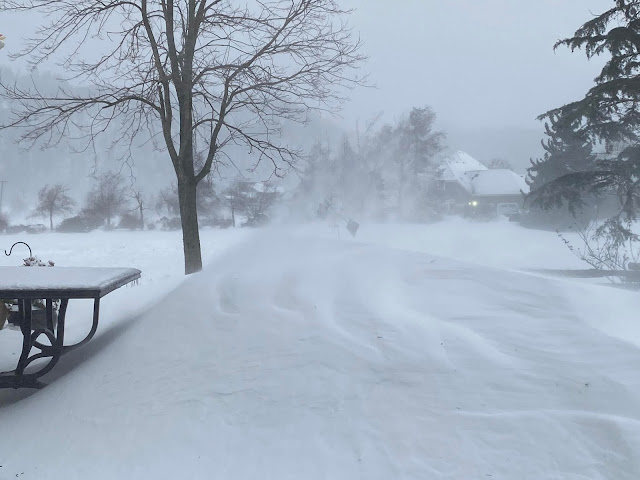 And then came a wicked blizzard and the deep freeze!
The freeway was closed several times that week.
The milk trucks could not get through...
and many farms had to dump their milk.
Schools were closed most of the week. 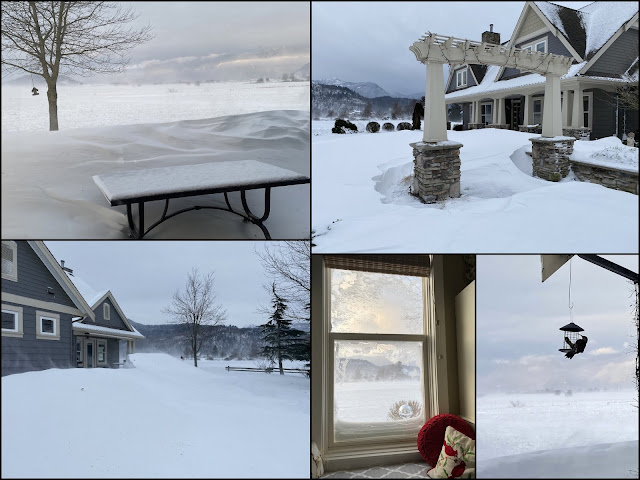 It was a good time to stay home...
and look at it all through the window! 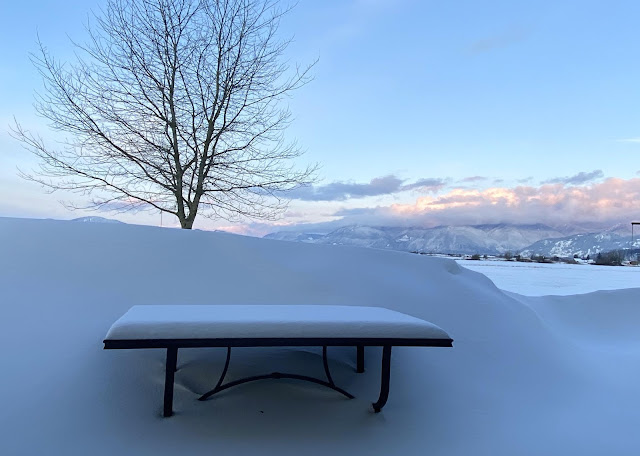 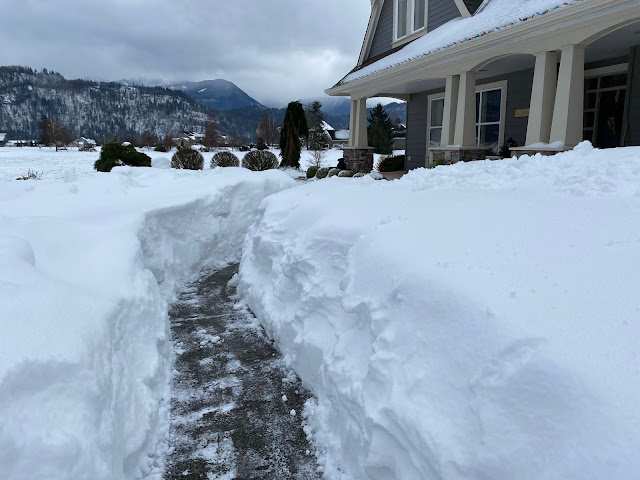 ...and we made a path to the front door.
(Thanks Jeremy and Corey!) 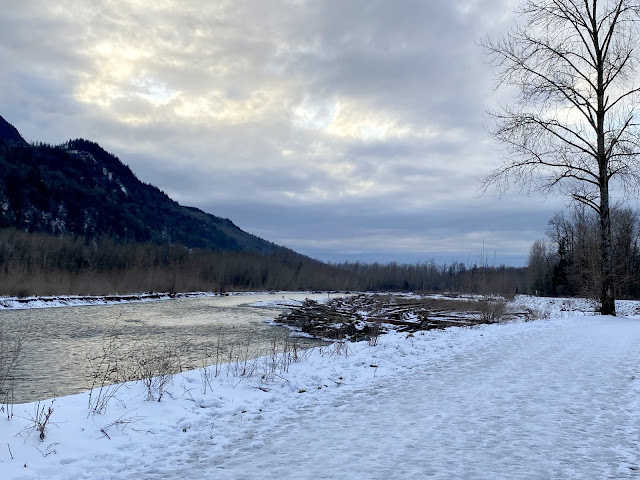 On the 19th of January...
we walked the Vedder River Trail.
It was a good thing to do on my birthday. 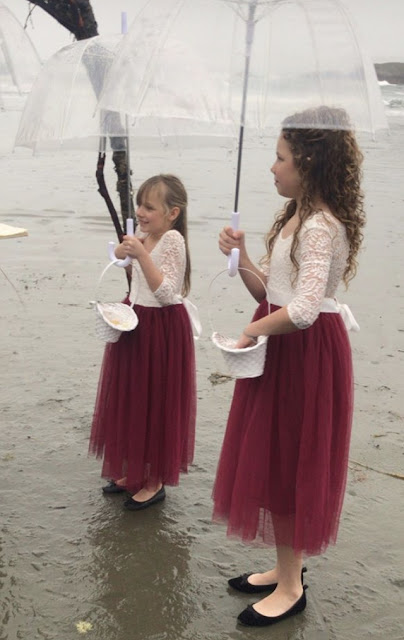 Let me just slip in one borrowed pic of Maggie and Lucy who were flower girls at a
wedding celebration in Tofino (west coast of Vancouver Island) that weekend.
There the snow had turned to rain...
and they shivered under umbrellas...
as they dropped their petals on the wet sand of the ocean shore. 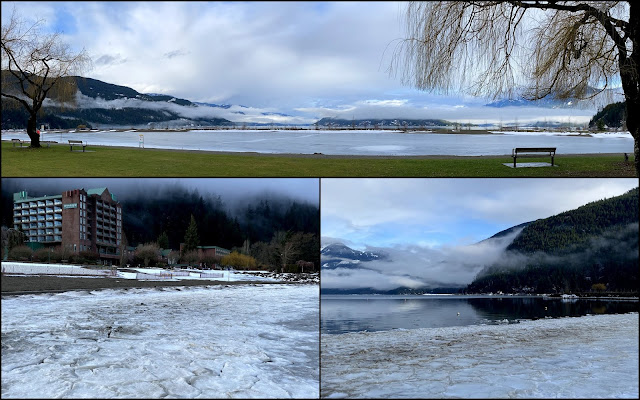 As we have done several times in the past...
we enjoyed a mid-week stay at the Harrison Hot Springs Resort once the storm was over. 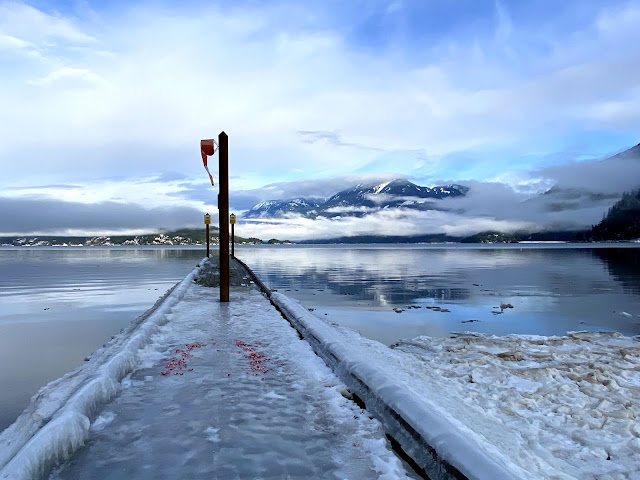 It's a lovely spot any season of the year! 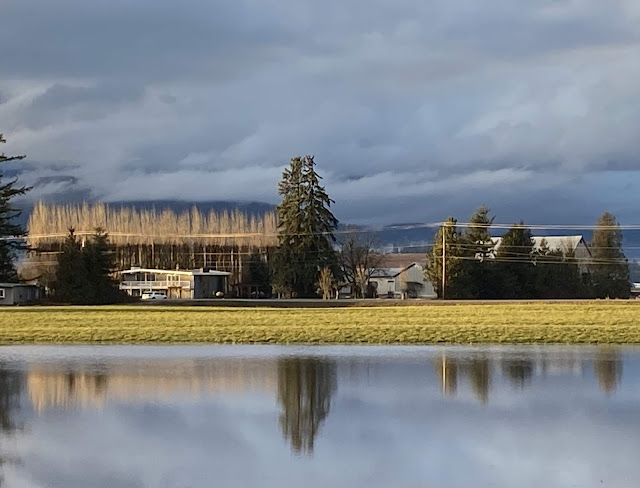 We know that after the snow comes the rain!
And the big melt.
And the lakes where there aren't supposed to be any! 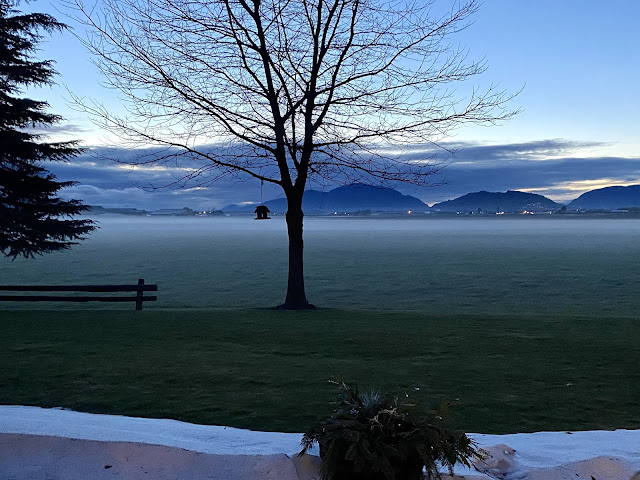 We still have the remains of snow drifts around the house...
but the bulbs are all pushing up out of the ground...
the heather and the pansies are blooming...
and we know that spring will be here before too long. 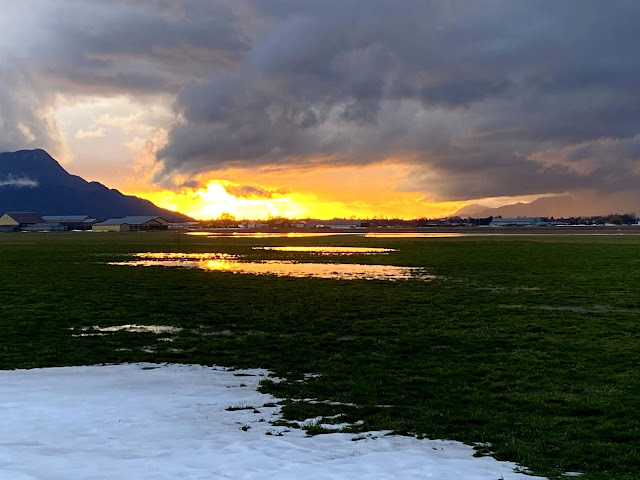 I am off to Texas in a few days to spend time with my sister Bev who had a brain tumour removed a few weeks ago.
She is doing well but has a long journey ahead of her...
and is so thankful for any and all who are praying for her.

As the sun sets on January...
I look forward to the new month and whatever it may hold.
Every day is a gift!

Thanks for visiting 'my front porch'!