It really feels like Christmas...once you have taken in a concert or two.  For me...there have been two school concerts this week.  Ranen's pre-school participated in the concert presented by Chilliwack Christian School.  The kids sang their hearts out...and I so enjoyed it! 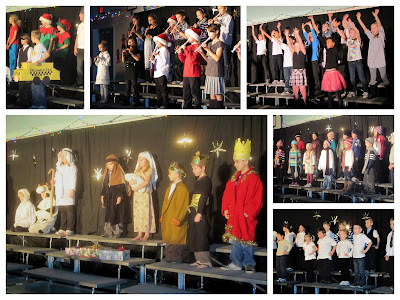 Yesterday I took in Emme and Spencer's school production.  Why did it all seem so familiar?  I clearly recall being on stage myself at a Christmas concert at the same elementary school some five decades ago.  We sang the Huron Carol way back then...and I still know all the words.  I really don't think we sang as well as the students did yesterday though! 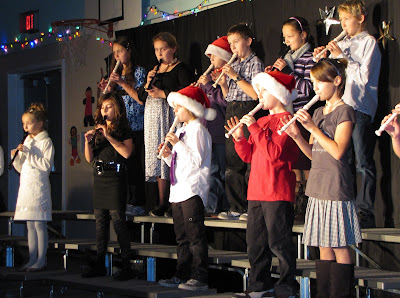 And they played their flutes...like they knew what they were doing...
especially the angel in white at the far left! 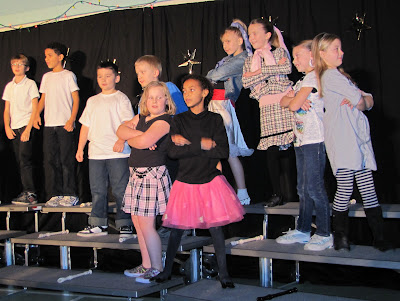 And they had their choreography down pat...especially the one on the far right.  (You can tell who Grammy was watching.)

They did a fabulous job...all the classes.  It was a true Christmas concert...it told the story of Christmas!

And afterwards we chatted with a teacher...who wondered what brought us to their concert.  He was our daughter's teacher some twenty years ago...and he had no idea he was now teaching one of our granddaughter's.  It's a small world after all!

Tonight we have tickets for another concert...'It's a Wonderful Christmas' featuring Michael W. Smith with a choir and orchestra. I'm looking forward to it.

Concerts at Christmas...may you all enjoy at least one or two!