don't cry for me argentina...

Buenos Aires is apparently known as the city that never sleeps... 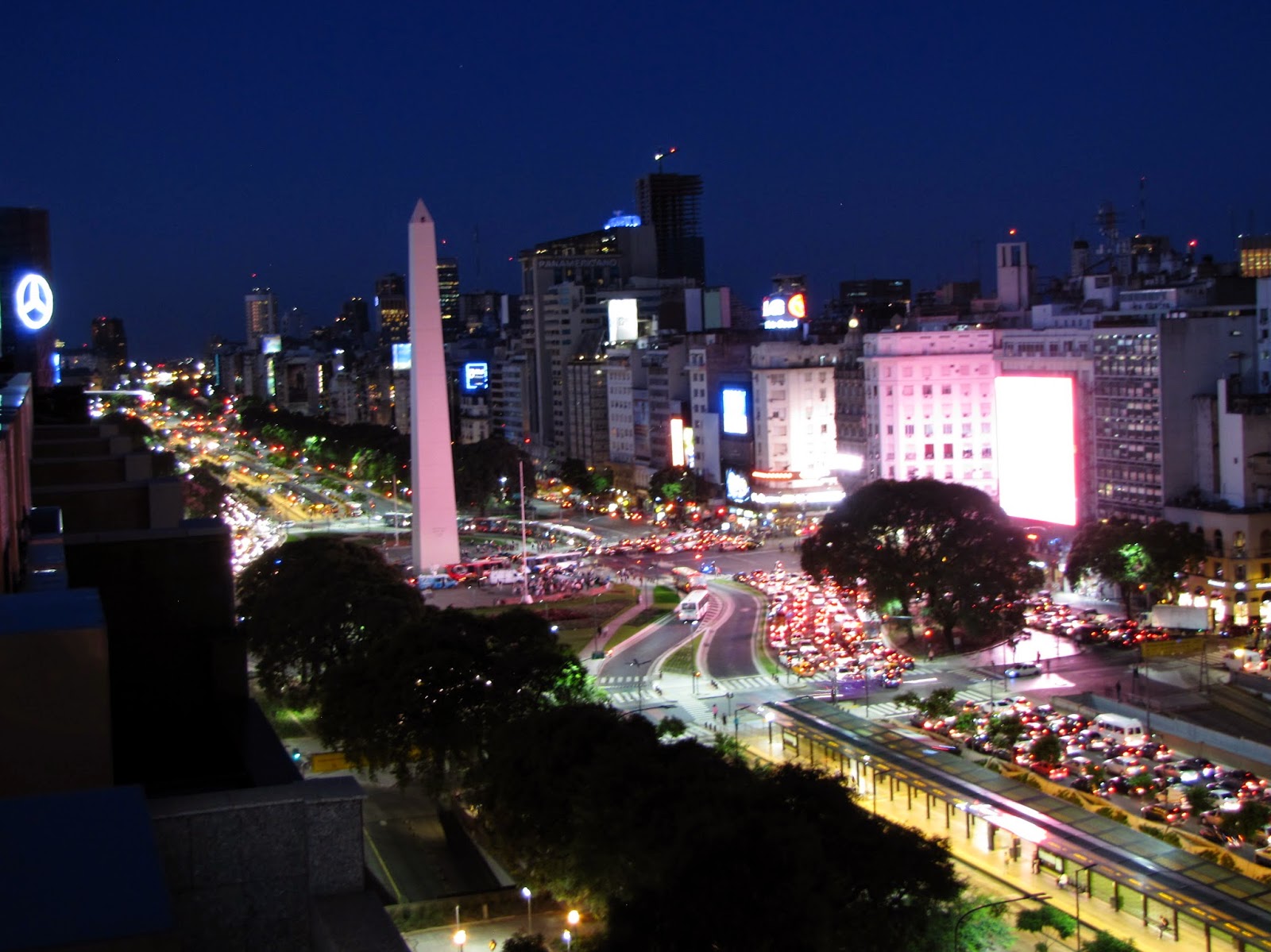 ...and from the vantage point of our hotel room it looked like that was the case.  We arrived a full day before our cruise was to begin...so we set about exploring. 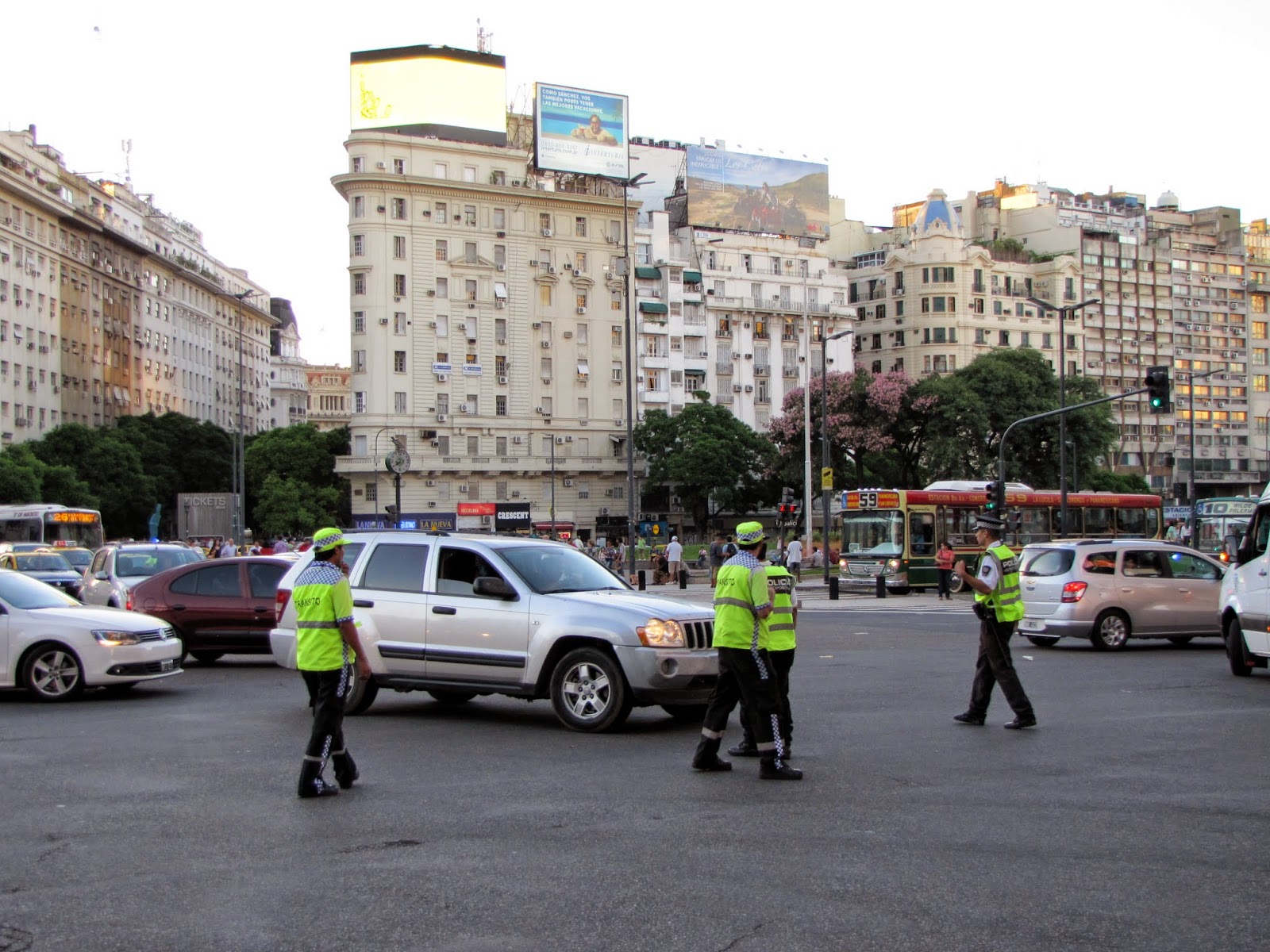 On foot!  I think one might need special training to drive in this city.  We had no idea how the traffic flow was supposed to work at this intersection...and judging by all the traffic police, we weren't the only ones.


The following day we took a city tour...visiting some of the city's top attractions. 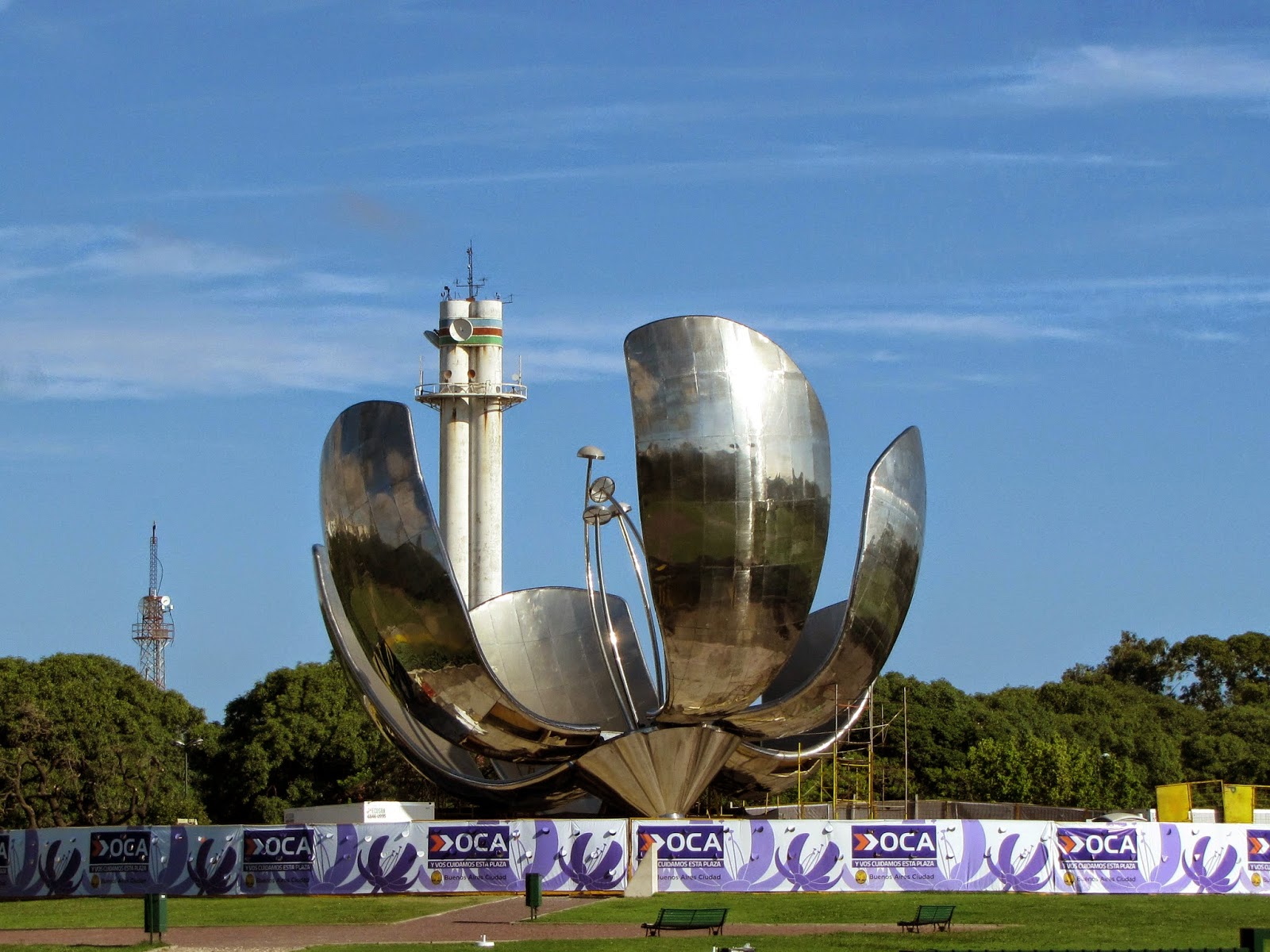 At the United Nations Square we saw the Floralis Generica...a large steel sculpture gifted to the city by architect Eduardo Catalono.  It stands 23 meters tall and weighs 18 ton.  And here's the thing...it is open during the day and closes its petals at night. 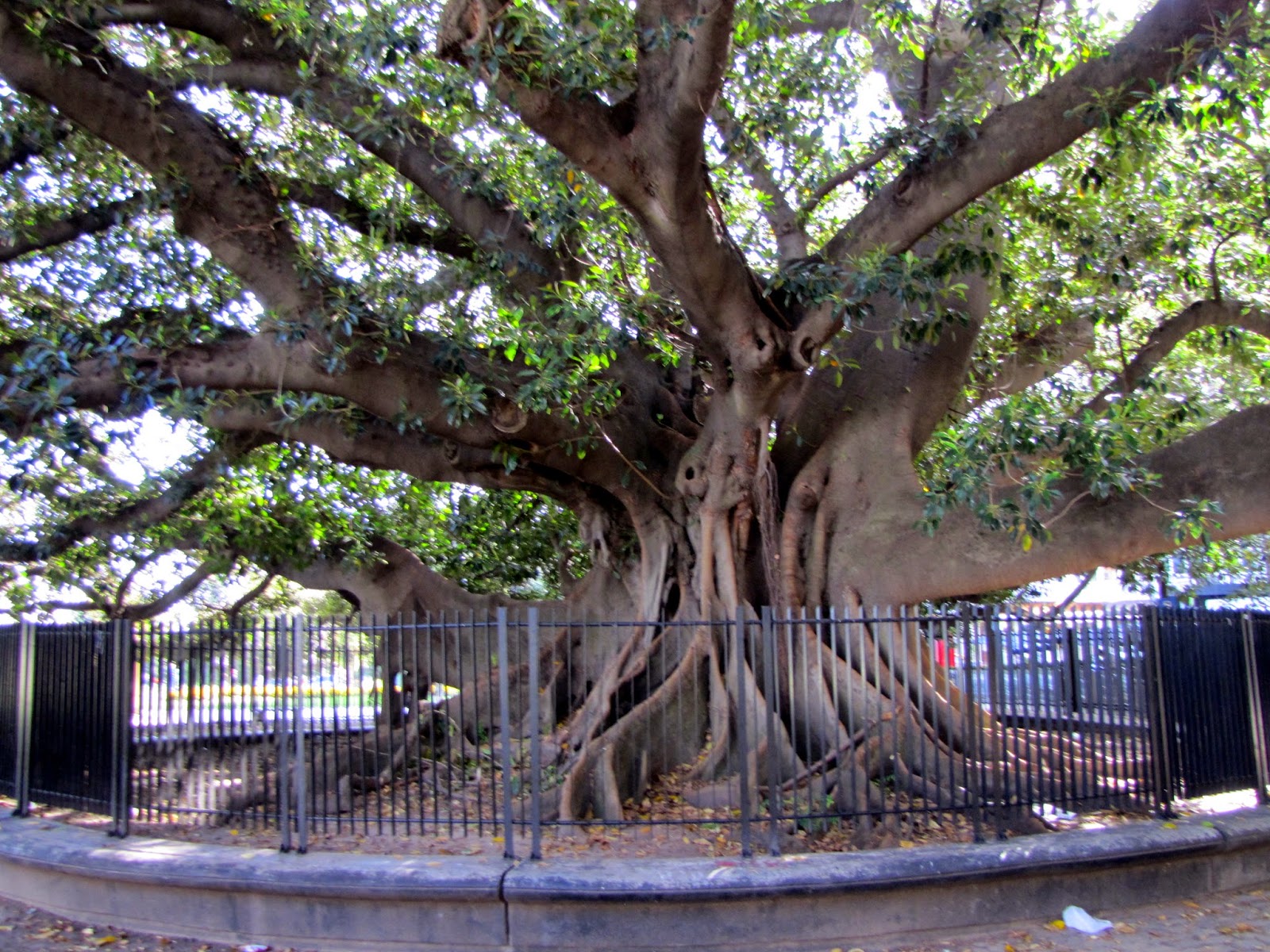 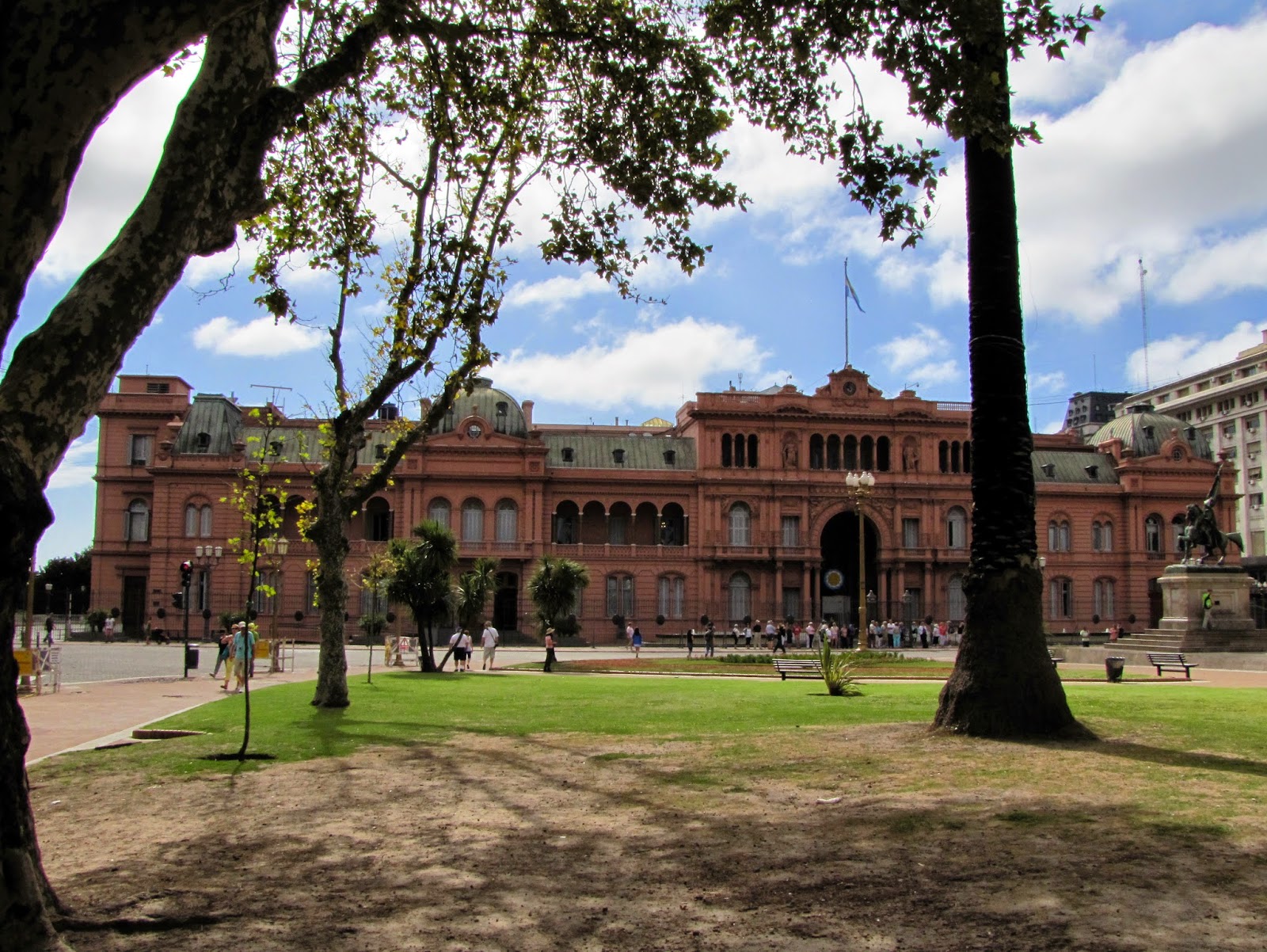 La Casa Rosada (or 'pink house') is the executive mansion and office of the President of Argentina. And if you are familiar with 'Evita'...here is where you can see the balcony from which Eva Peron gave her famous speeches.  She died when she was she was just 33 years old...adored by the masses and hated by most of the upper class as she stood by the side of her husband, Juan Peron. It’s an interesting piece of history!


Though visiting cemeteries is not usually at the top of my 'bucket list'...I must say that Recoleta Cemetery in Buenos Aires warrants a visit.  It is considered one of the ten most beautiful cemeteries in the world...and even trumps the amazing cemetery we toured in New Orleans a few years ago. 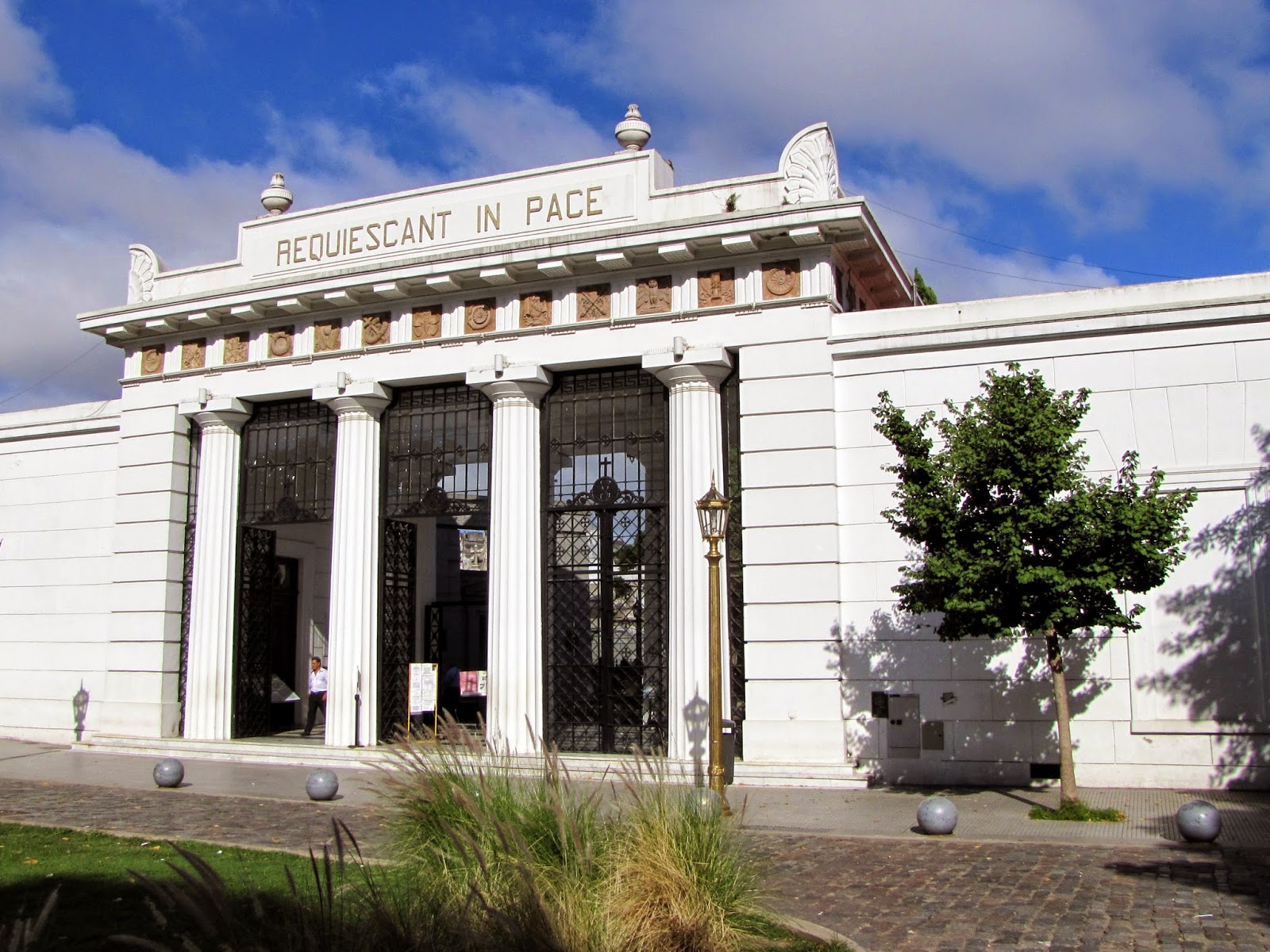 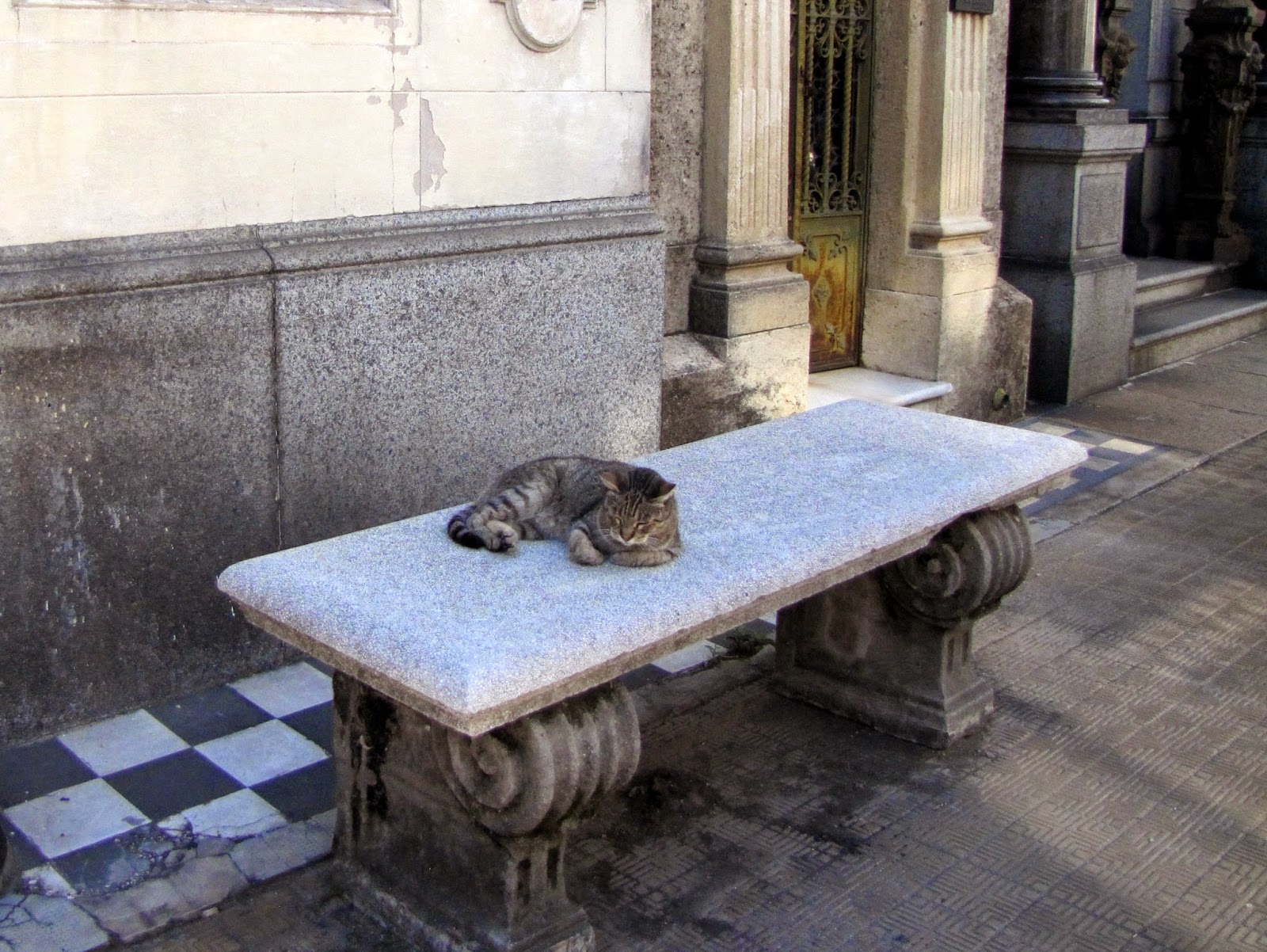 This cat seemed to be doing just that...in the shade of the ornate mausoleums. 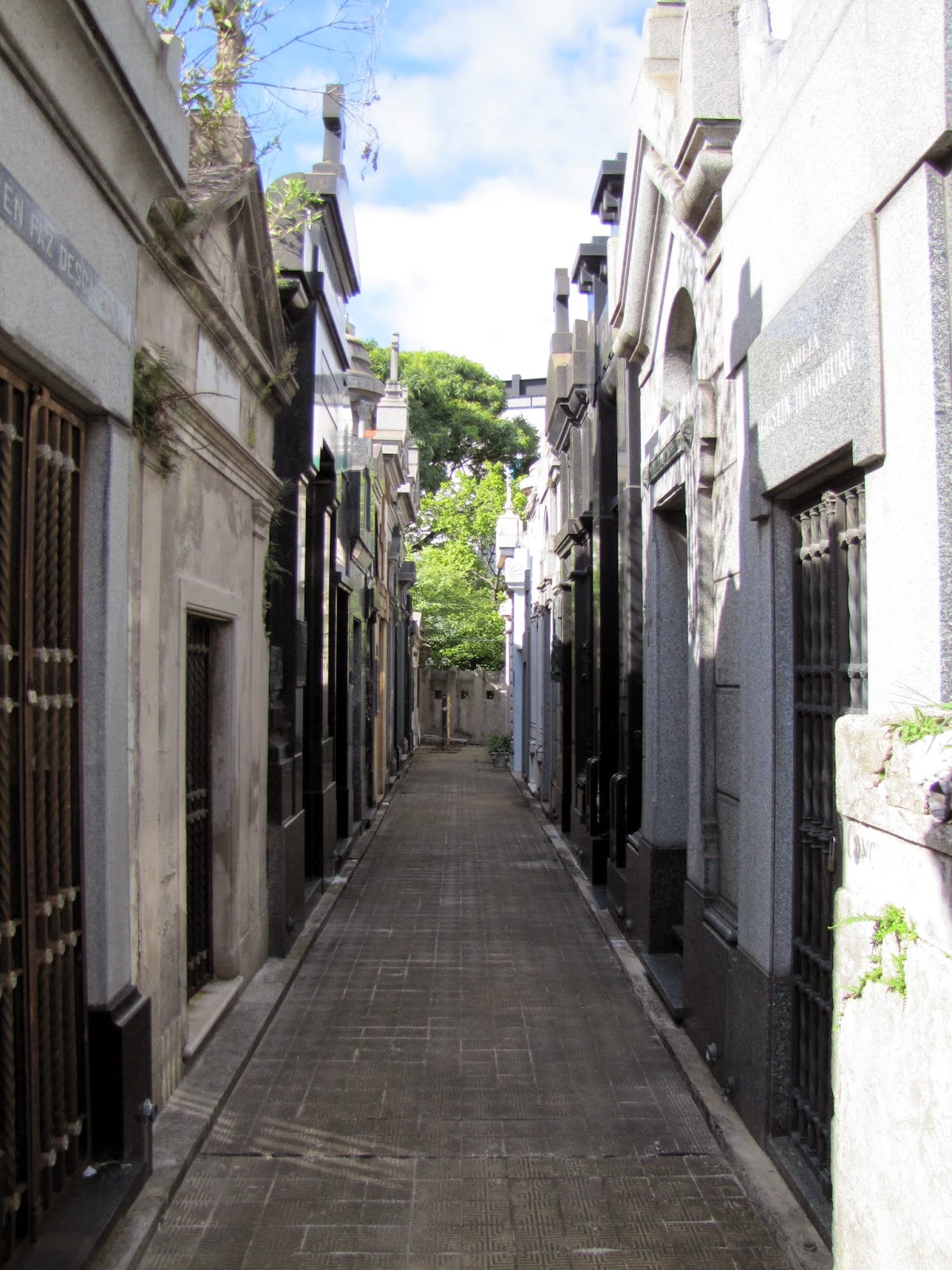 The cemetery is like a miniature city...with streets and alleys. 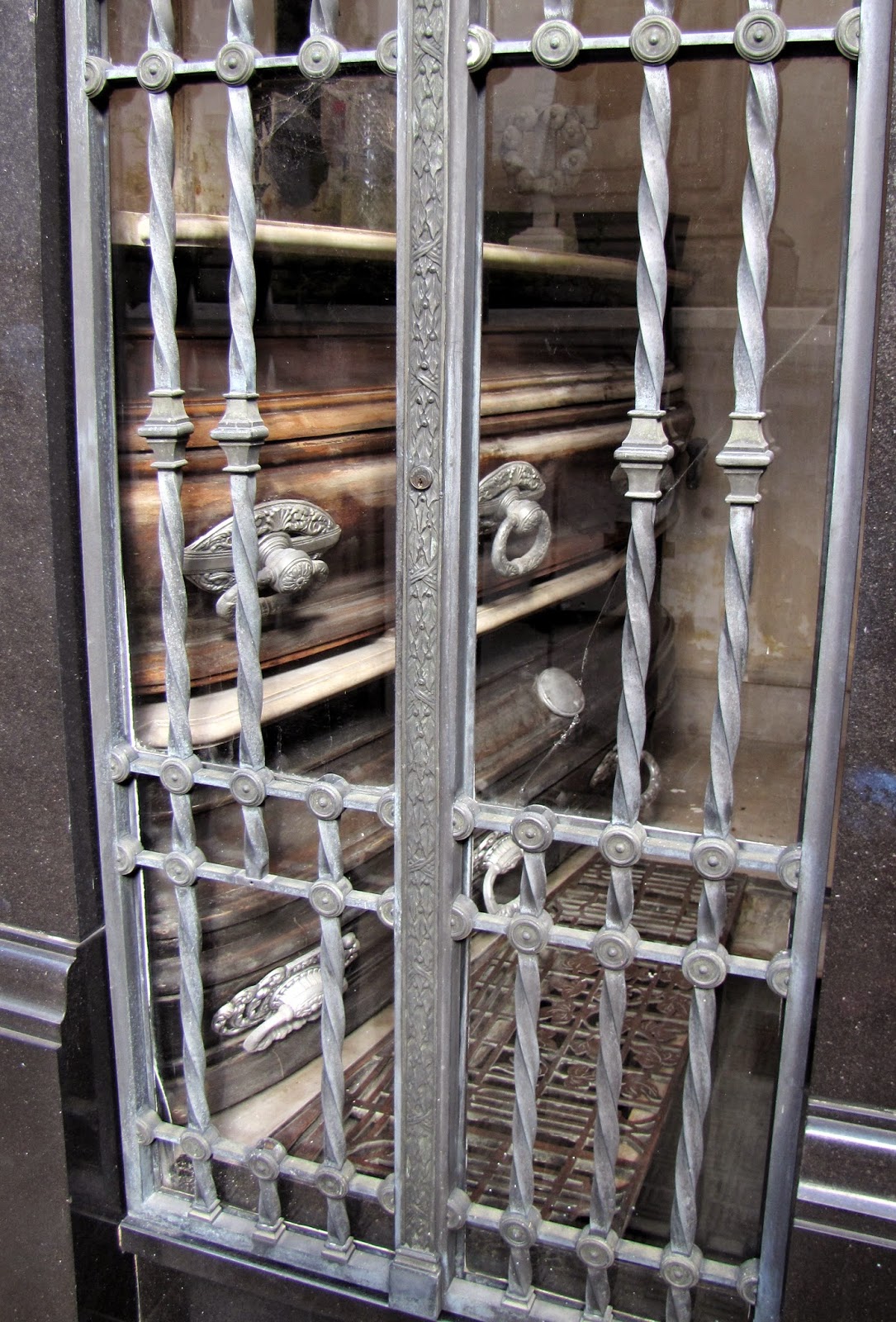 Behind every door lies a story! 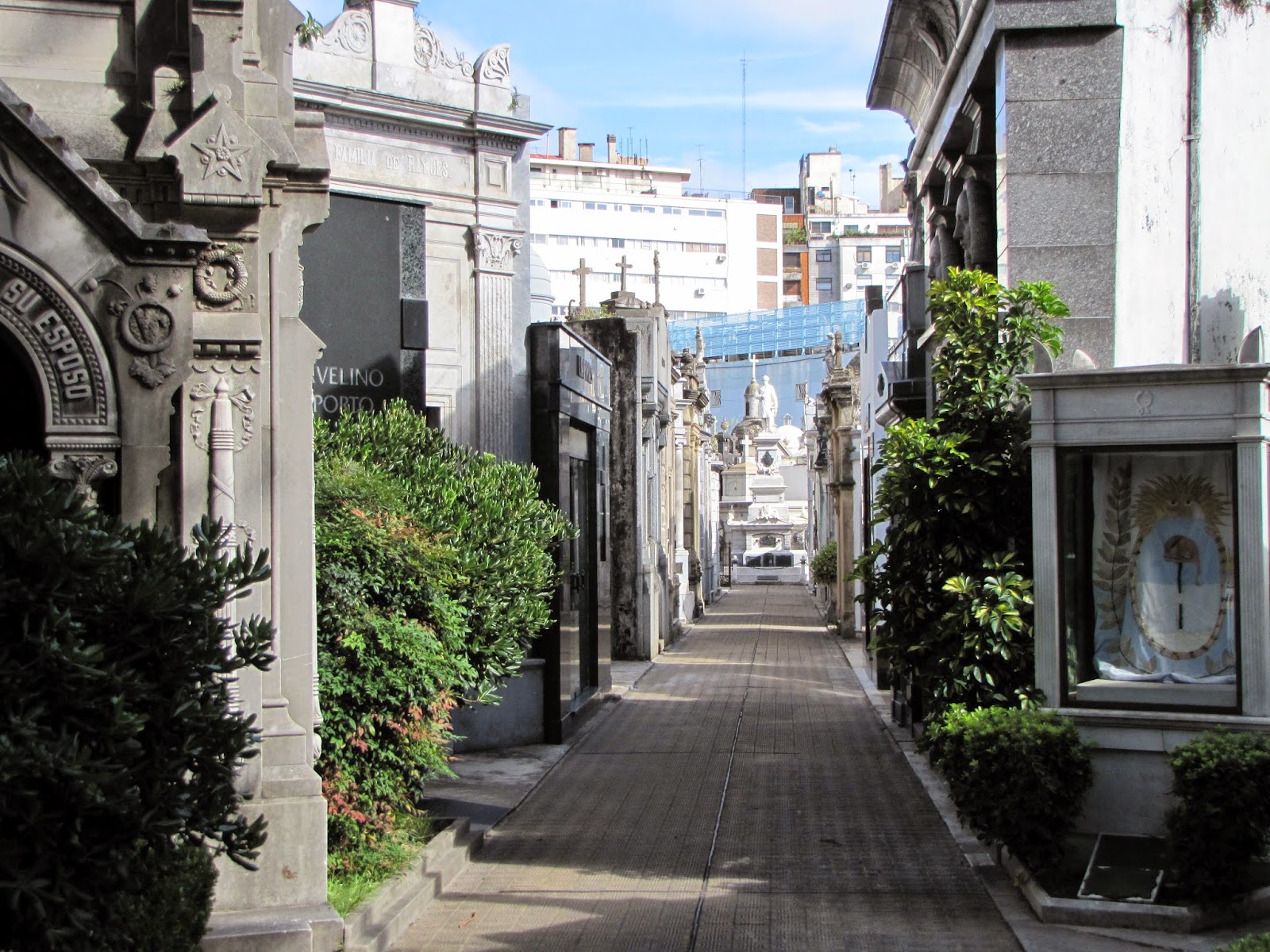 La Recoleta is one of Buenos Aires most visited sites...and for good reason. 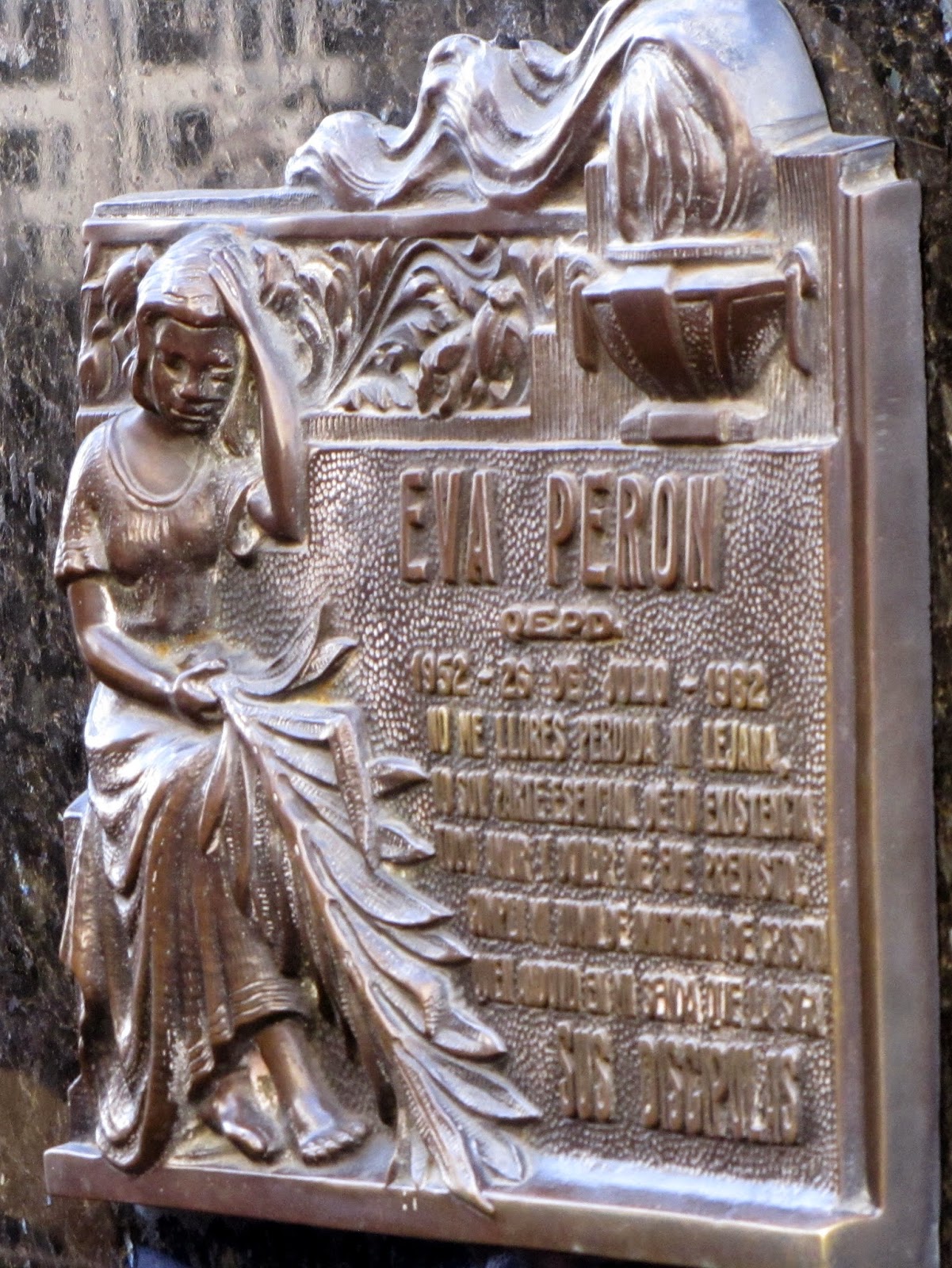 It is the final resting place of Eva Peron...and there is always a crowd gathered around her tomb. 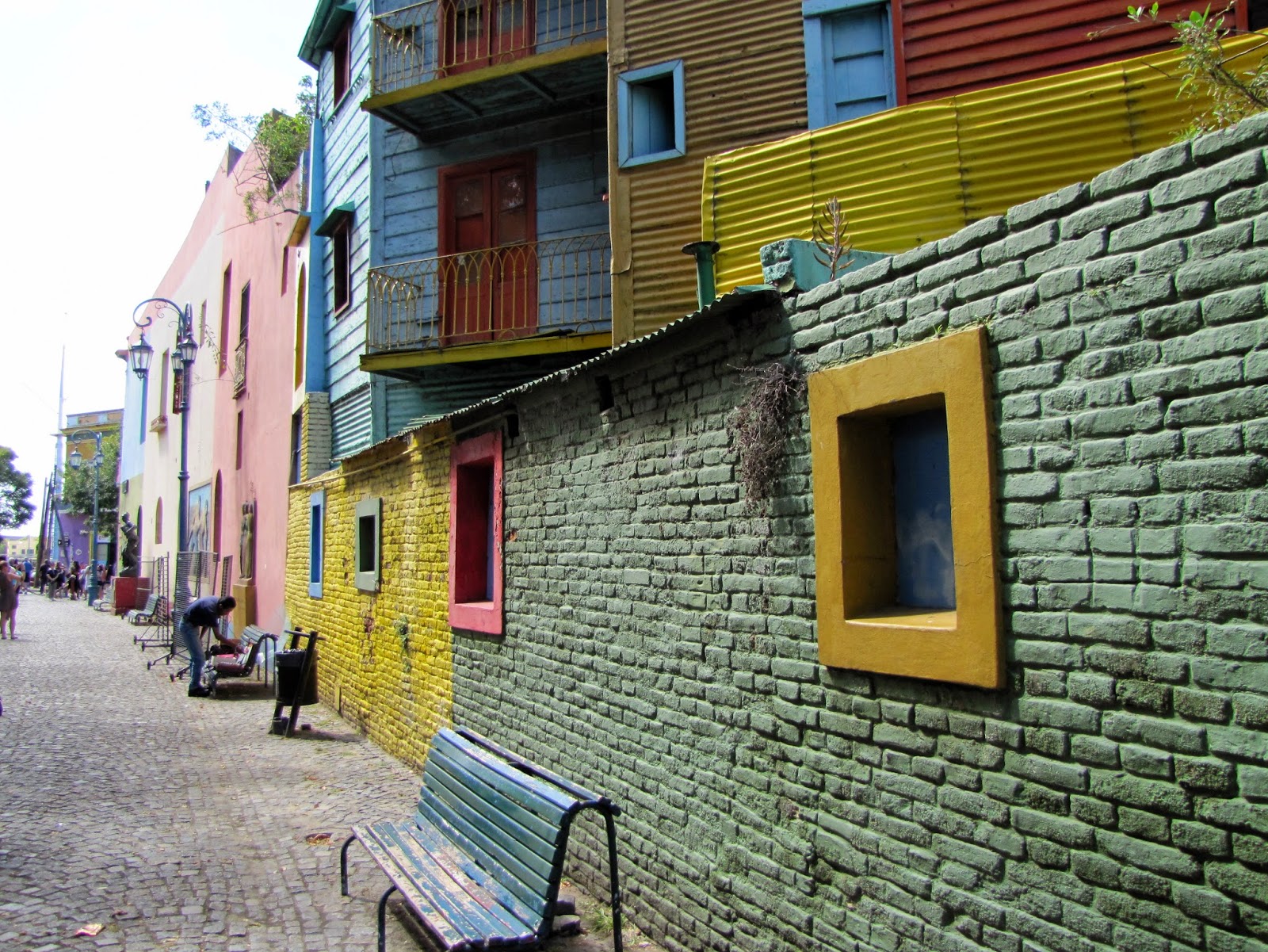 The La Boca neighbourhood...with its colourful houses and pedestrian street has an Italian bent. 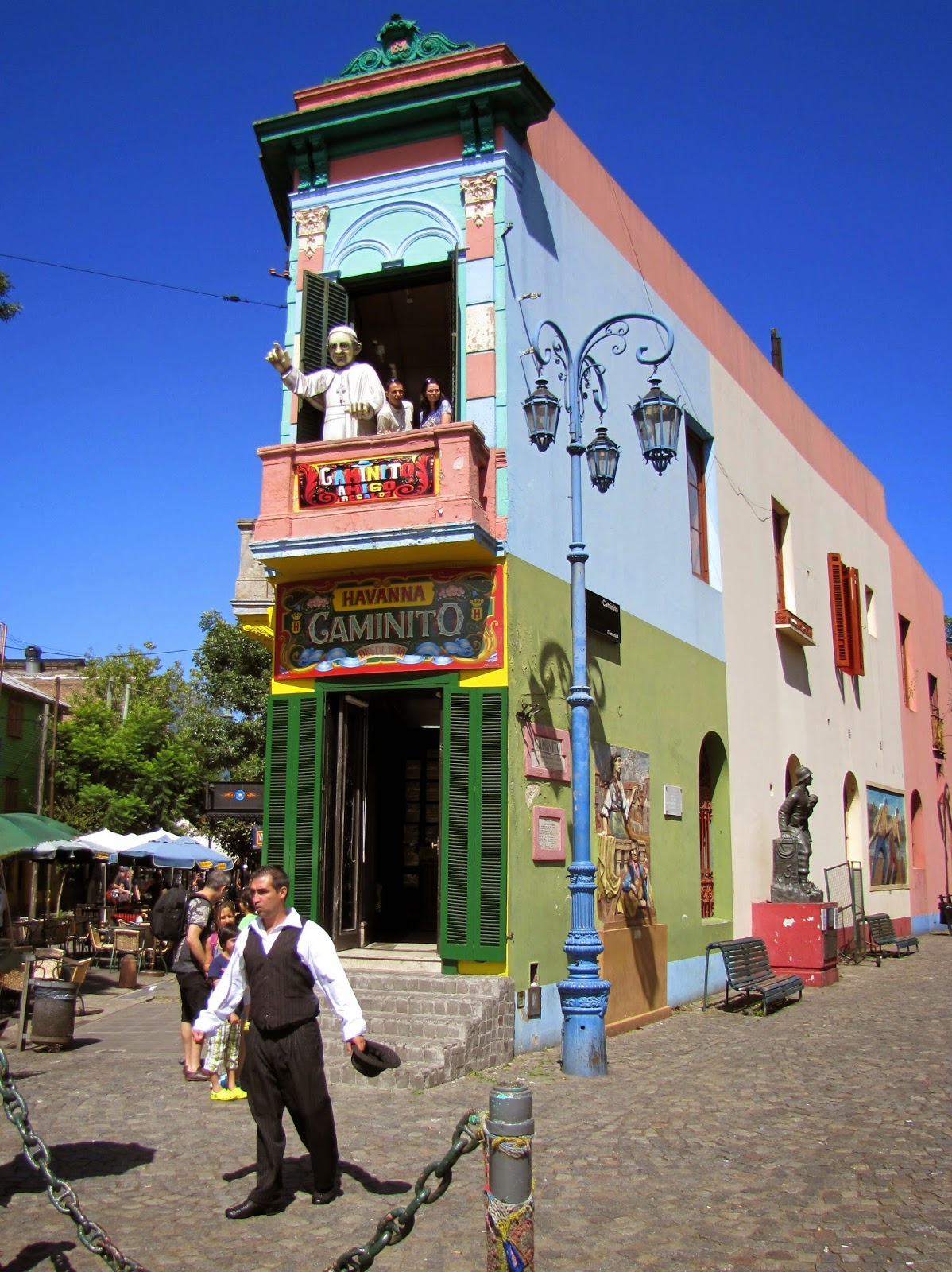 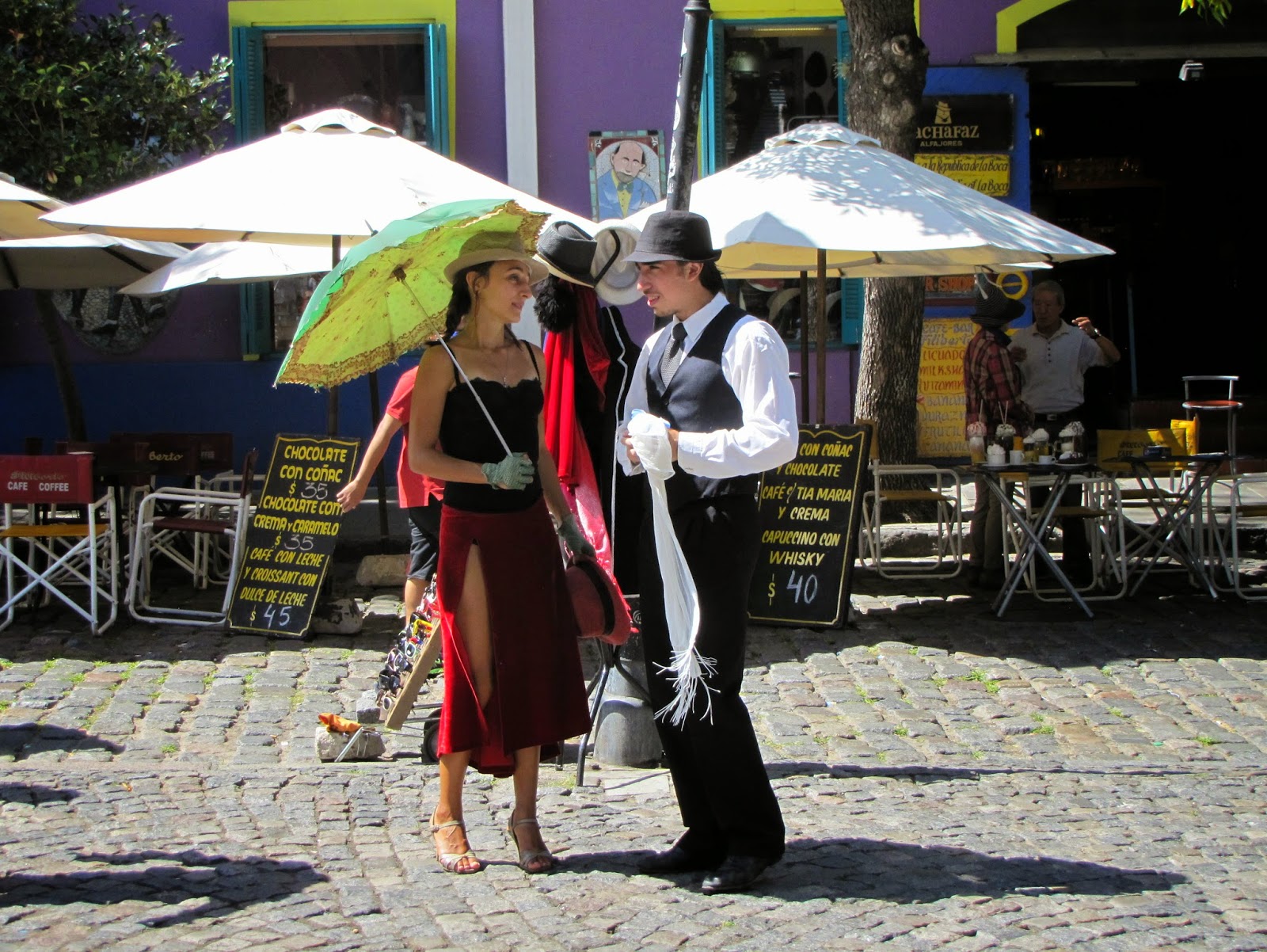 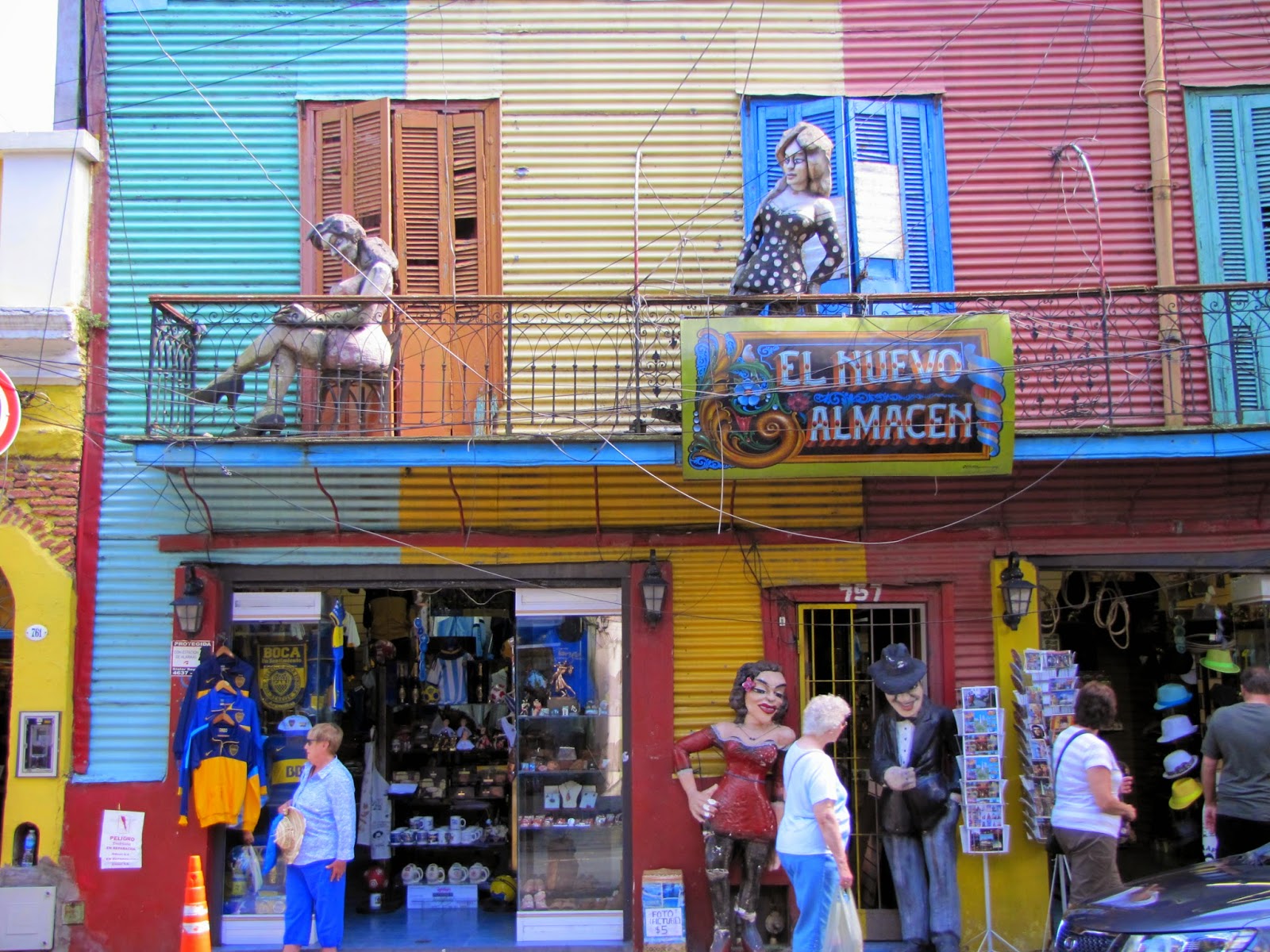 ...and checked out the shops. 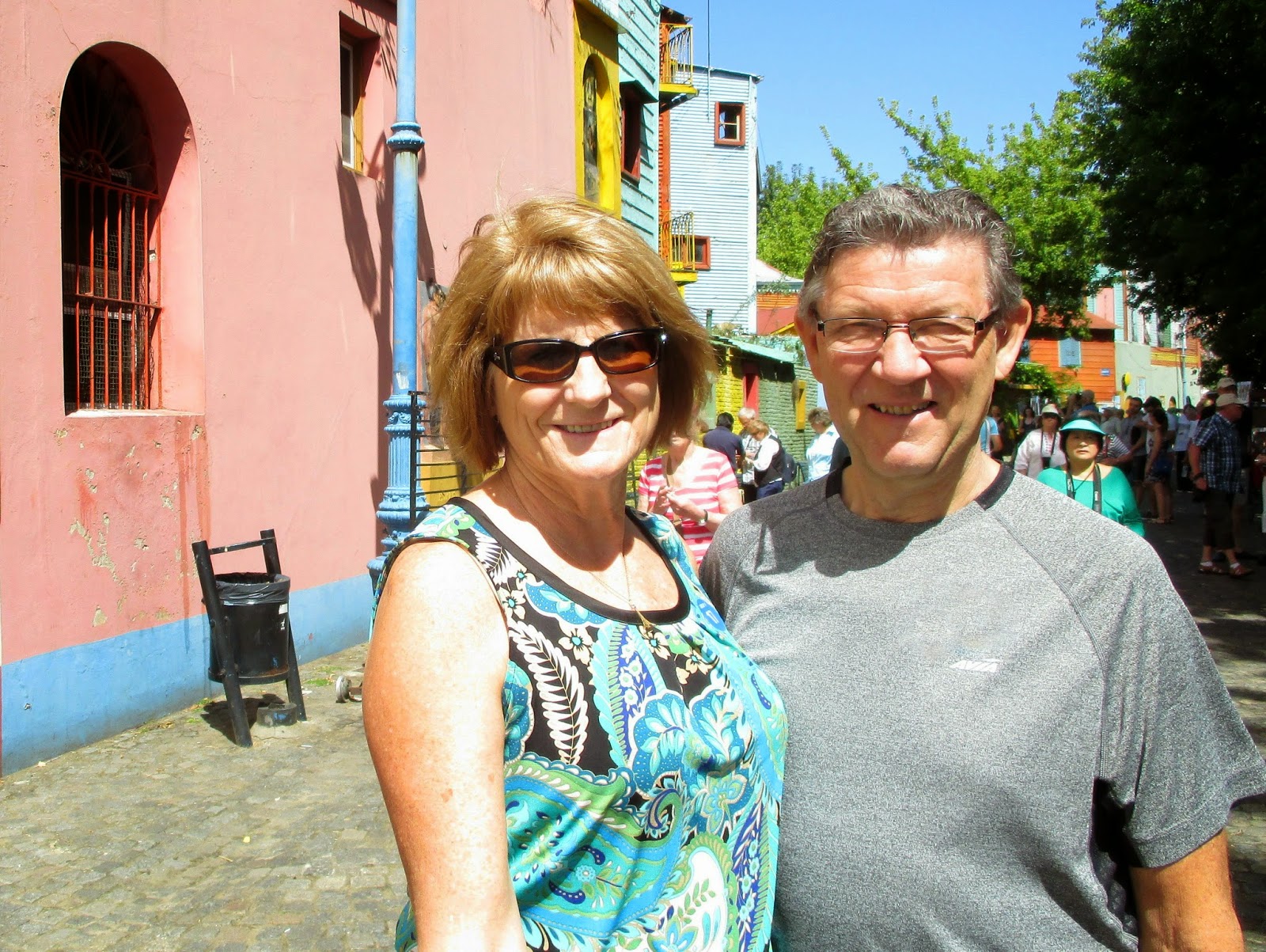 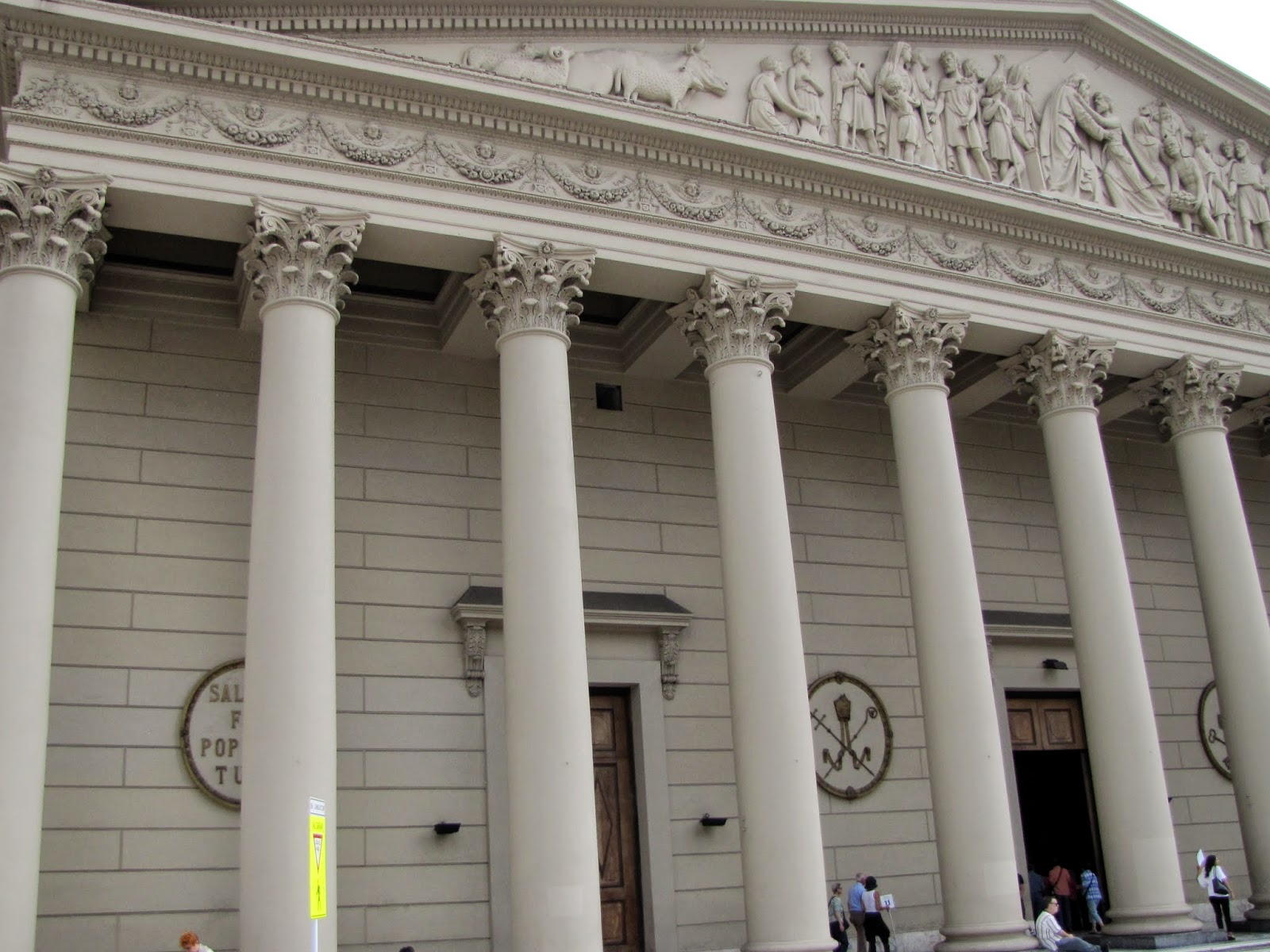 From there it was on to the Metropolitan Cathedral...the main Catholic church in Buenos Aires which is located in the city center...overlooking Plaza de Mayo.  Approximately 90 percent of Argentinians are Roman Catholic. 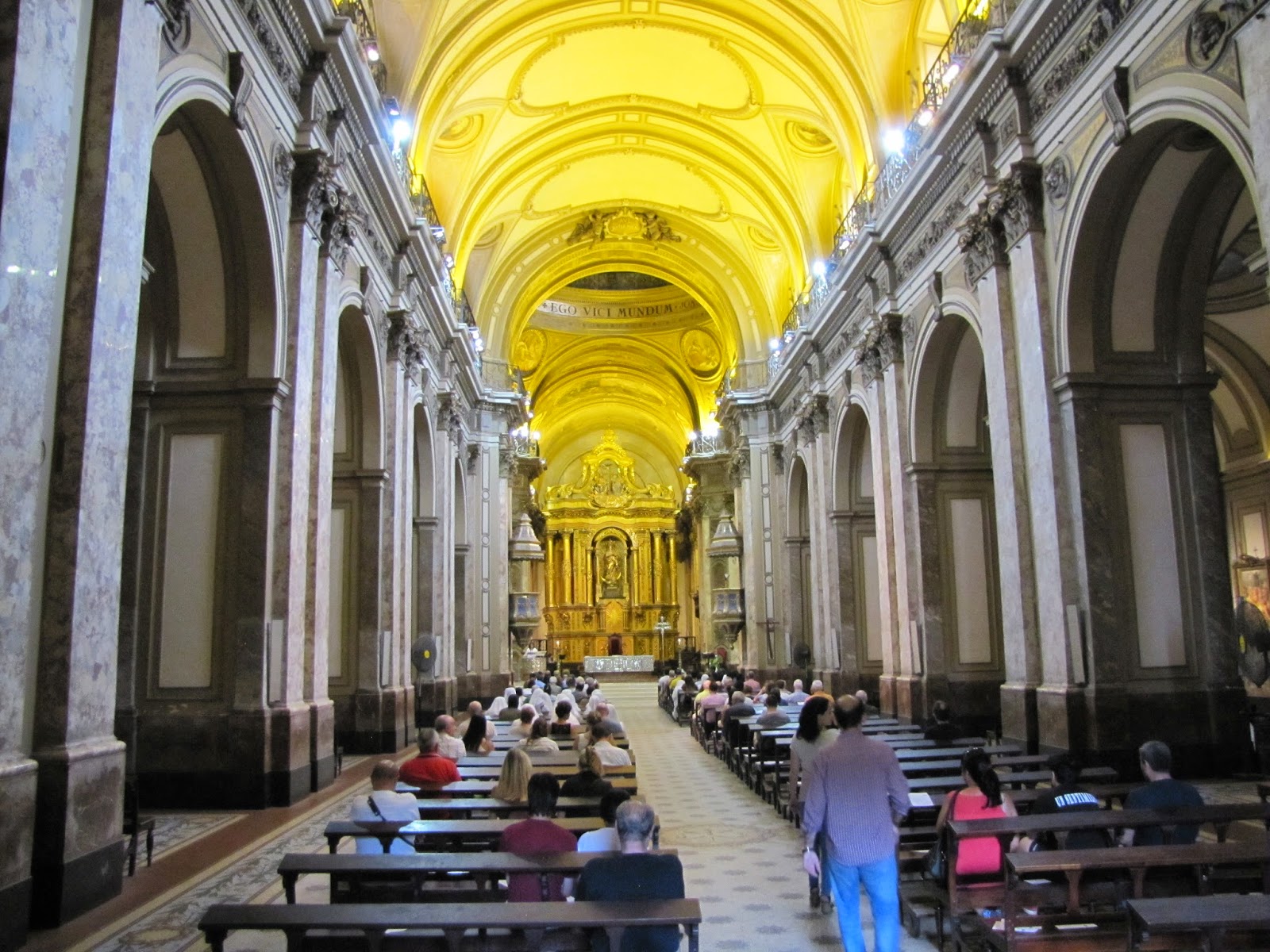 Originally built in the 16th century...it has been re-built several times since then.  Quite beautiful! 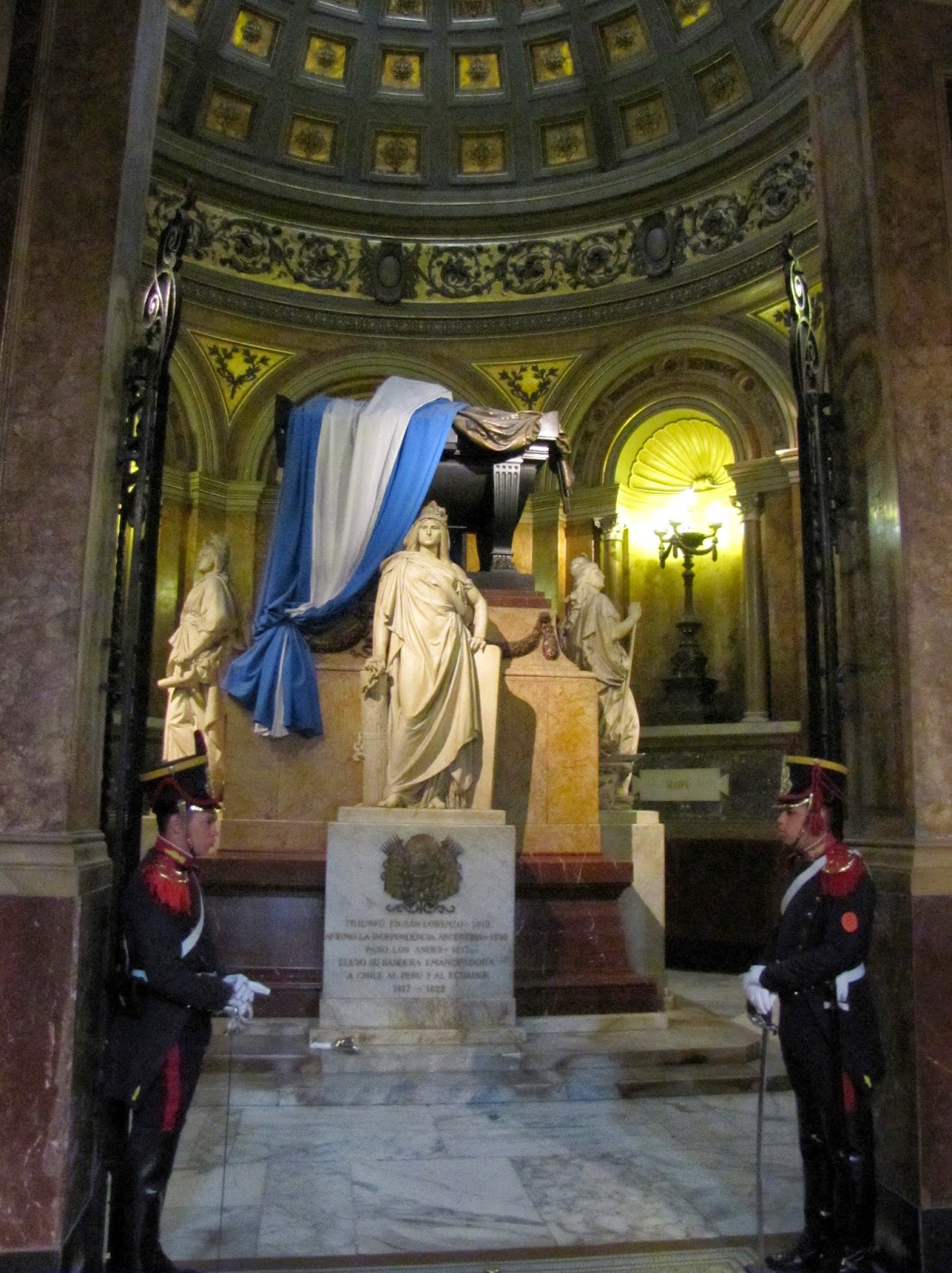 Inside the cathedral is an ornate mausoleum containing the remains of General José de San Martín...the South American liberator who fought successfully for freedom in Argentina, Peru, and Chile.   We heard a lot about him during our time in South America! Two soldiers stand on guard over his flag-draped coffin.

Enough of museums and cathedrals.  It was time to eat...and dance. 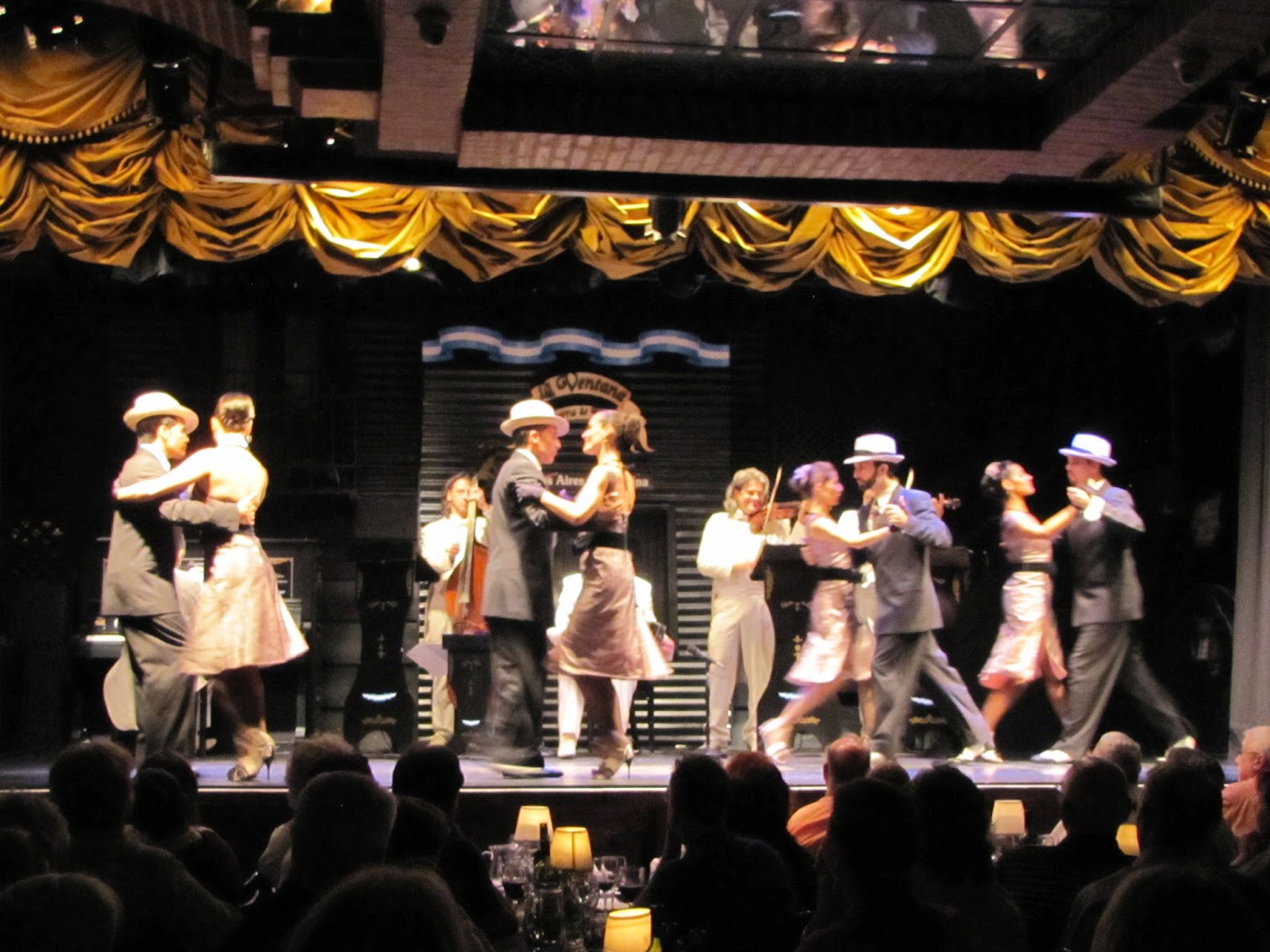 We ate.  They danced the tango.  And I somehow missed the memo about 'no photos'.  And so I took one...a rather fuzzy one...before I clued in.   They put on a fabulous show!  The finale?  'Don't Cry for Me, Argentina'...sung so beautifully.  I can't even begin to count how many times we heard that song over there.  Now that we are back home...I plan to watch Evita.  I really wished I had done so before before we went!

It was time to make our way back to the cruise ship... 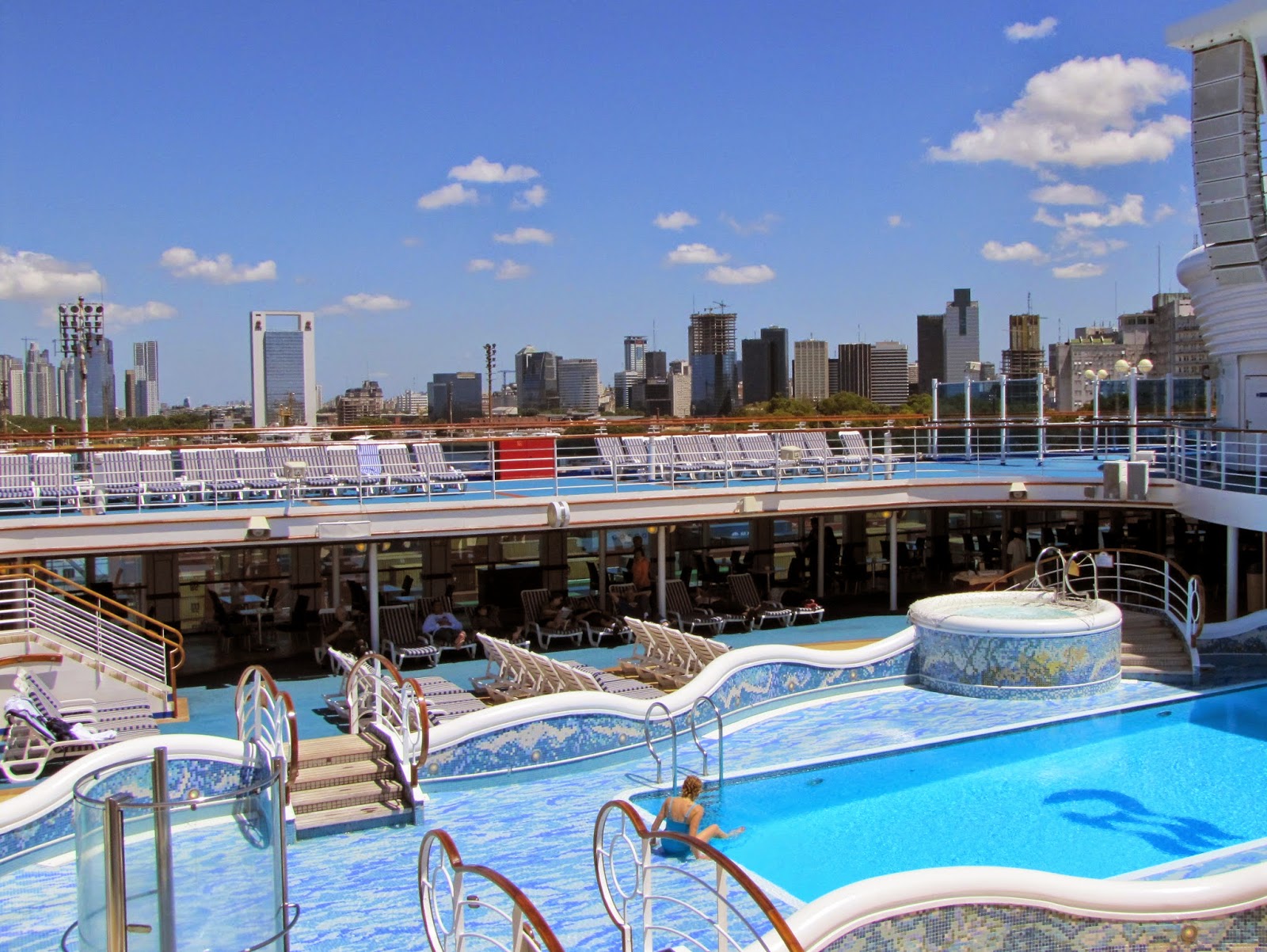 ...where we had one last glimpse of the city before we set sail. 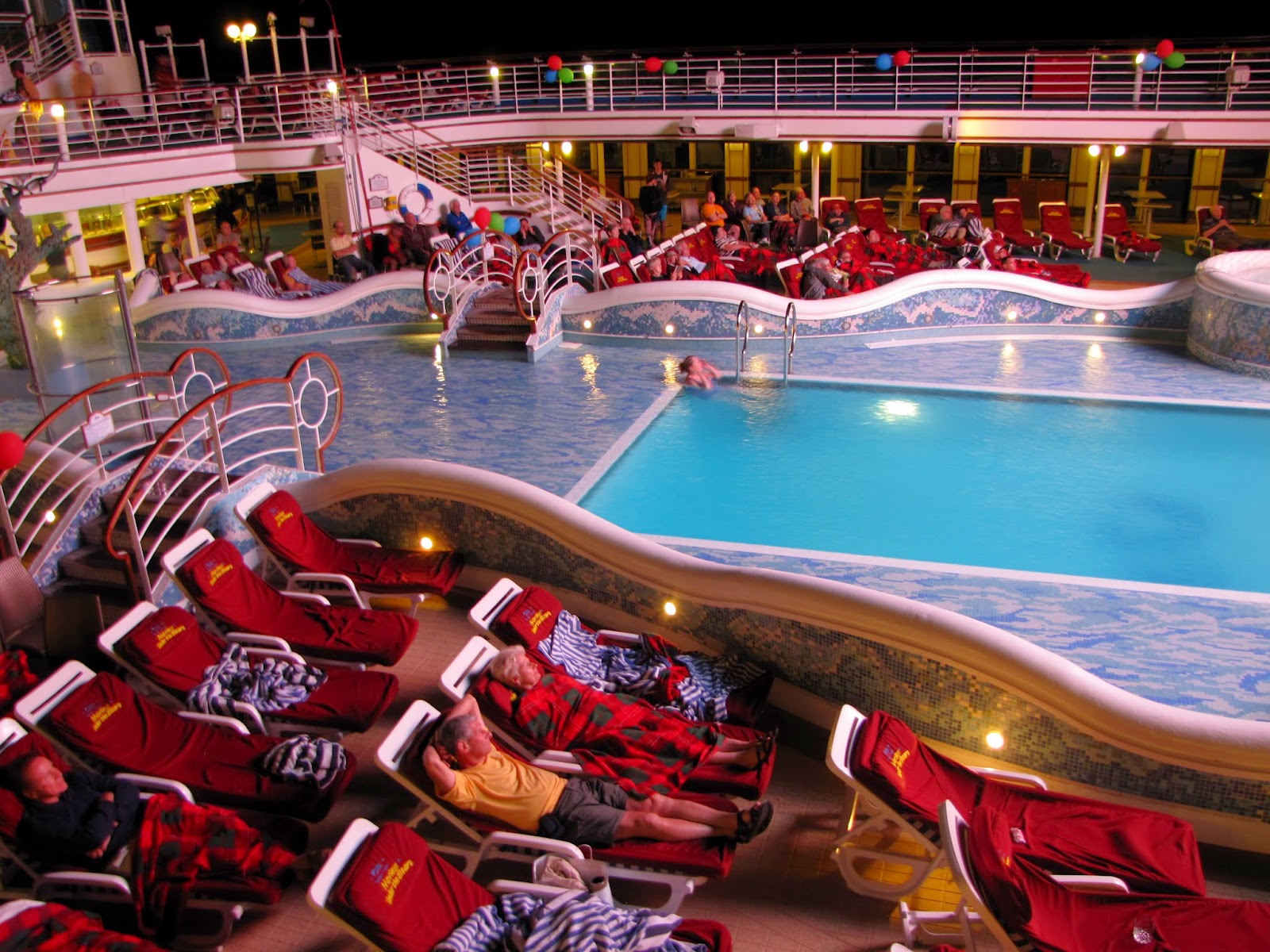 Several hours later we found ourselves back on that pool deck...to watch the Superbowl game on a warm summer evening on the waters off of Argentina. 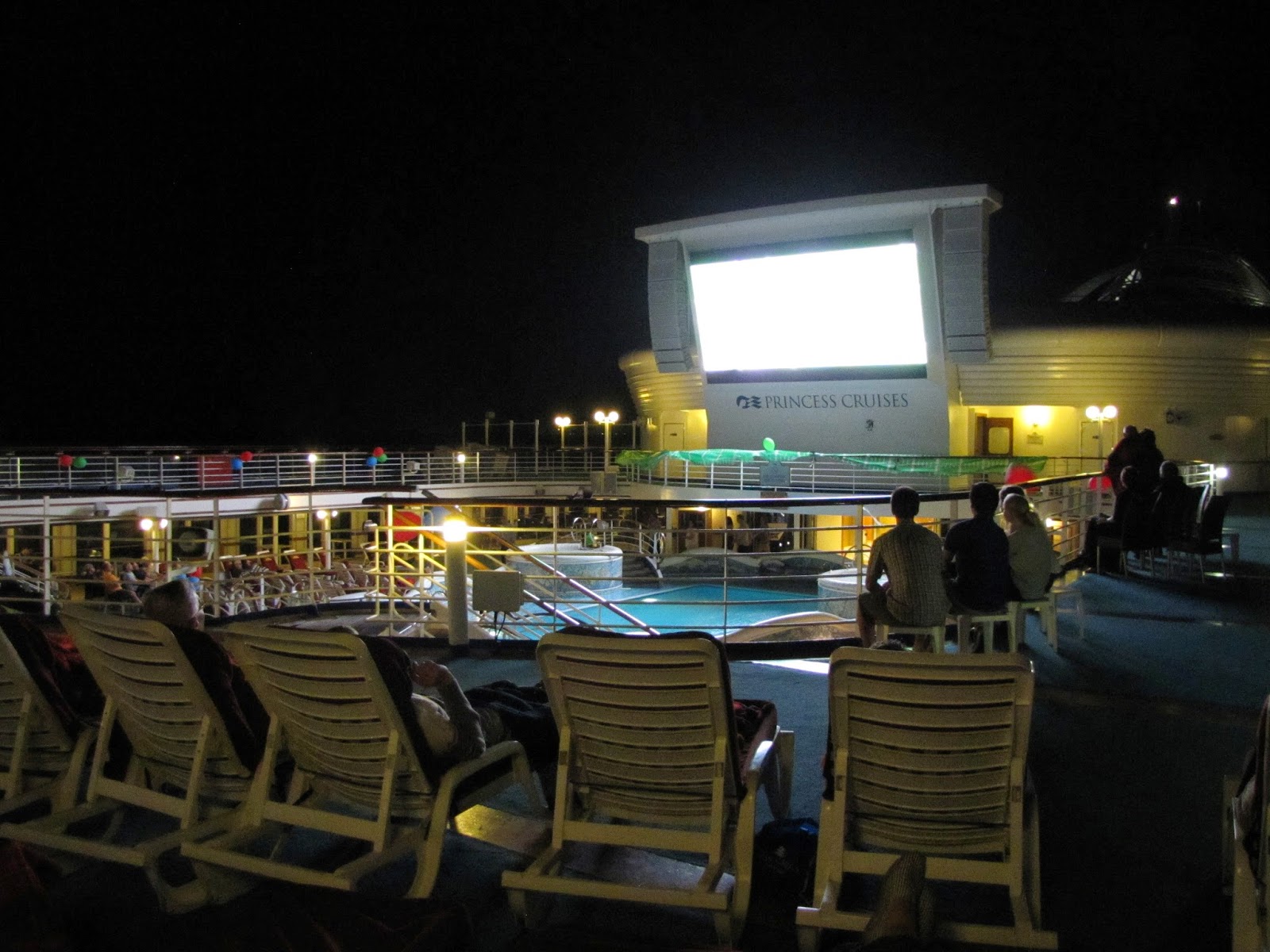 Can you believe I actually kept hubby company up there to the bitter end?  And yes...it was a bitter end.  We were rooting for Seattle.  Of course.


And so ended our stay in Buenos Aires.  Next stop?  Uruguay.