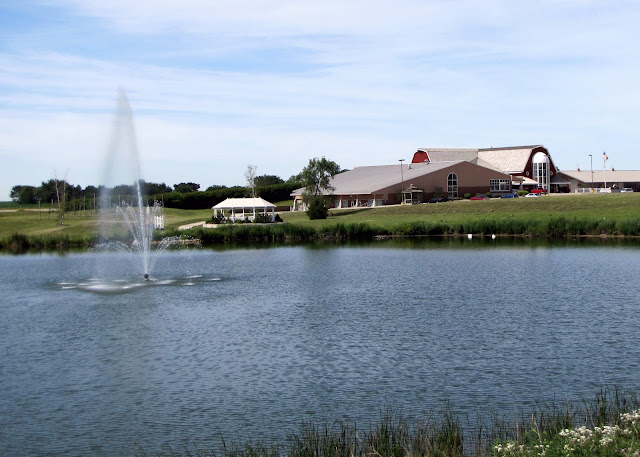 That is where we stayed while we were there.  It is situated in the northeast corner of the state...along the east bank of the Wapsipinicon River. 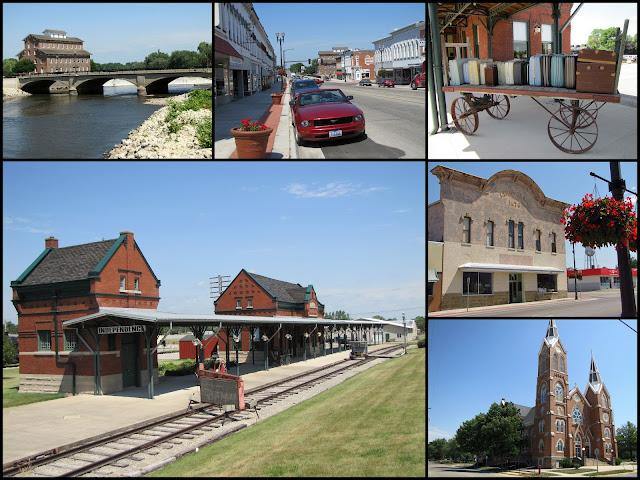 It was founded in 1847 and is in the center of Buchanan county.  The town is now a collection of historic buildings along with those that have been added more recently.  We quite enjoyed a glimpse into the past of this historic town.  What amazed me was that buildings were left unlocked (churches, museums, etc.)...and those antique suitcases sitting on the old wagon next to the tracks...were just begging to be taken home.  They must be an honest lot...out there in Iowa! 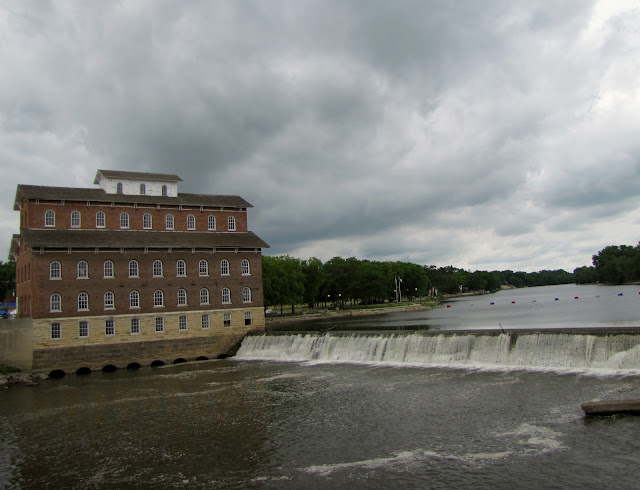 On Main Street, on the west bank of the Wapsipinicon, is a six-story grist mill that was built in 1867. The  Wapsipinicon Mill, was a source of electrical energy from 1915 to 1940. Some structural restoration occurred in recent years, and the mill now functions partly as an historical museum.  It was actually closed to the public while we were there (due to renovations) but the guys found a friendly local who let them in for a tour. 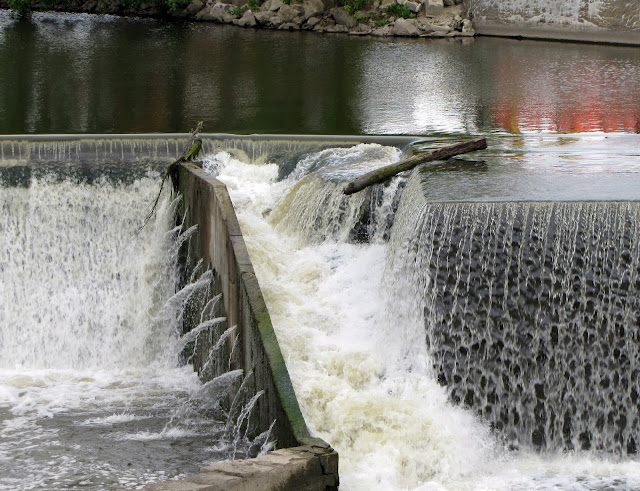 A log teetered on the brink...and was still teetering when we left.  How long? 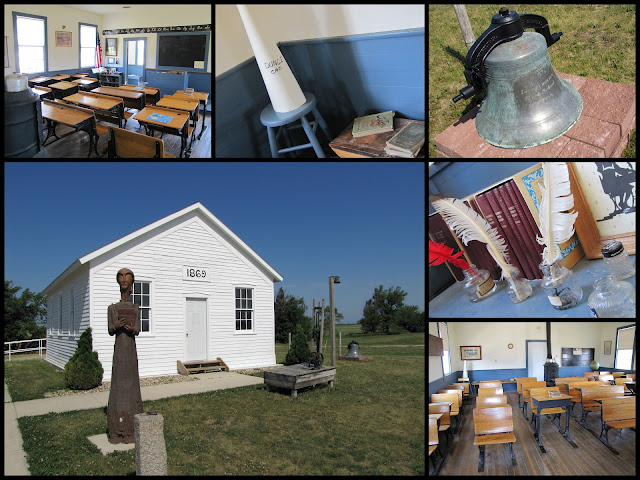 Our trip back in time at the old Independence school house brought back a few memories!  Though I don't recall ink wells and fountain pens...or dunce caps and wood stoves in the classroom...I still remember school desks that looked much like that. 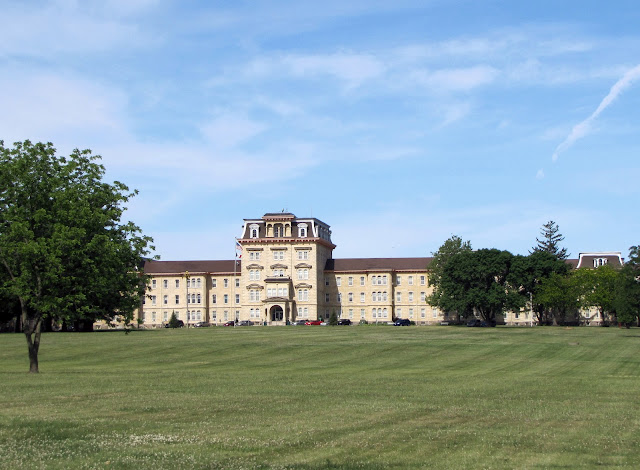 The Independence Mental Health Institute was built in 1873...in a park-like setting.   It was built at a cost of $845,000 and took 10 years to complete. The walls of the main building are made up of stone taken from the quarries nearby, while the foundation is of prairie granite. A beautiful building...with a dark and gruesome history!  It has been well-maintained and is still in use today, though part of the building now serves as a museum.

Tomorrow I'll take you for a country tour...one that includes barns and gardens and the people who live there. 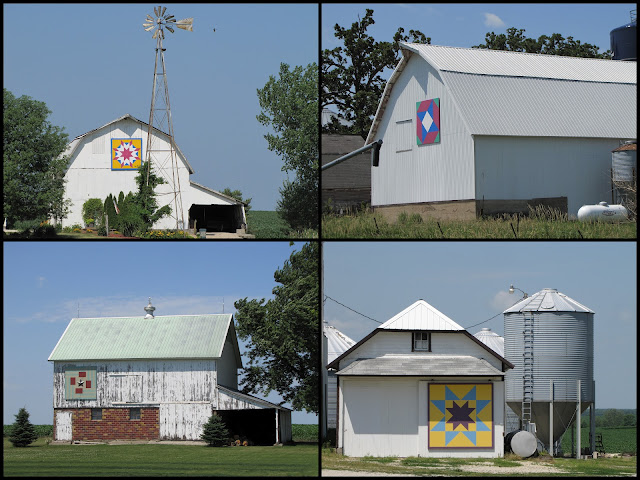 Did you know that in Iowa even the barns have quilts?  That was the first I knew of barn quilts...though apparently they are an old tradition revived.