some things last for ever...

We planted a row of  red sunset maple trees along our driveway seven years ago.
Once established...they would grace the lane forever.
So we thought. 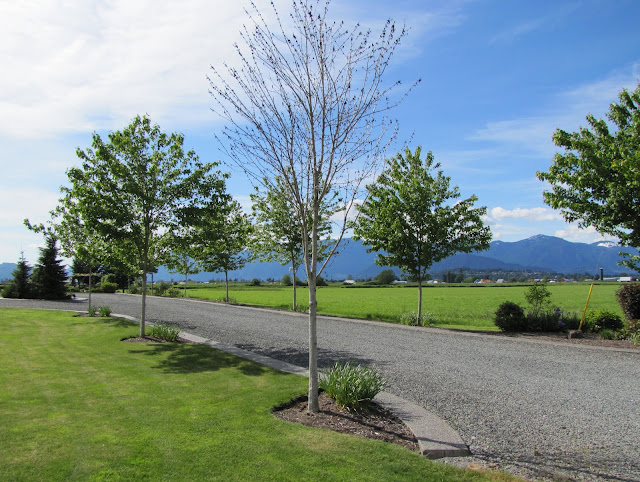 Over the years...
two have broken off in wind storms.
So we have a few wimpy ones...
where the replacements went in.

Several weeks ago...
we noticed that the first tree in the one row...
was not getting leaves this spring.
That's it.
Seven years and it is finished.
For no obvious reason.

We found out that we can get a replacement tree from the nursery...
about that size.
But there will be no more digging until fall.
We are to leave the dead one in place until then...
and get in an excavator to dig it out...
along with a large hole to put a new tree into. 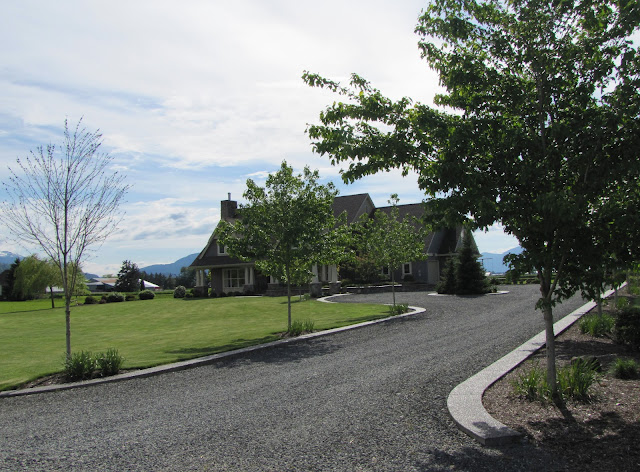 So...I'm wondering how to make that dead tree at the road look inconspicuous until fall.
I'm open to suggestions!

Some things do last a very long time.
Almost forever!

We bought a swing set for our children when they were wee things.
When they outgrew it...
we passed it along to friends with a much younger family.
When our first grands arrived...
the friends decided we needed the swing set back...
and delivered it to the farm.
It was looking a little worse for the wear...
and I didn't really want it back.
But there it was.
(Thanks, Gord!) 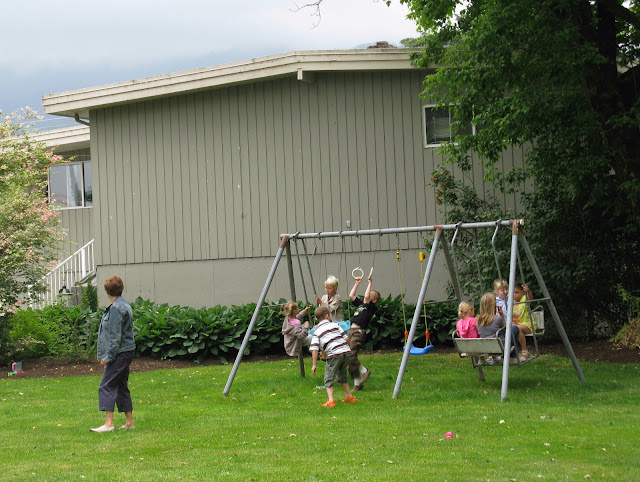 A few years later...
we moved on and Jeremy and Broni moved into our old  farmhouse.
The swing went with the package!
It served them well.
Emme, Spencer and Ryder had a lot of fun on that old swing.
It seems they have outgrown it though.
Jeremy tried in vain to find a new home for the old swing set...
and yesterday it went to recycling.
It served us well for more than three decades.
Amazing!
((I think it was made in Canada!)

Speaking of 'lasting forever'...
I'm still mowing lawns with the John Deere mower we bought in 1988.
I'm not always happy about it...
but it still gets the job done.

The lawns are mowed.
The sun is shining.
Have a great weekend!