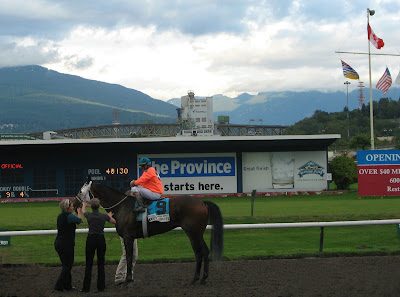 Over the past few months we have heard a lot about a local horse that was making it big at the horse races. The owners are friends of ours...and live about a mile from our place. Since we are far removed from the world of horse racing, we would just read about the horse in the local papers. Over the last few months, Krazy Koffee won a $50,000 purse in three separate races. Wow! Yesterday he was running in the big one at Hastings Park...the 63rd annual B.C. Derby.

Well, I may never have been to a horse race...know next to nothing about horses...know nothing about placing bets...but I sure know how to find a good party. We decided to join friends who were going out to cheer on the horse...and hopefully relish in the victory with the owners. And what a wonderful time we had!

Hastings Racecourse is a jewel of a park located just four kilometres from downtown Vancouver with a spectacular view of the North Shore mountains and Burrard Inlet. 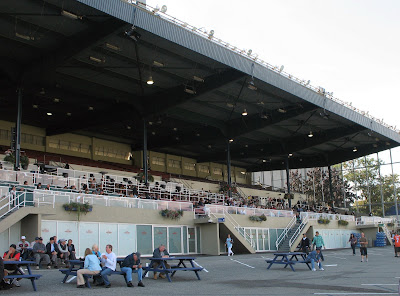 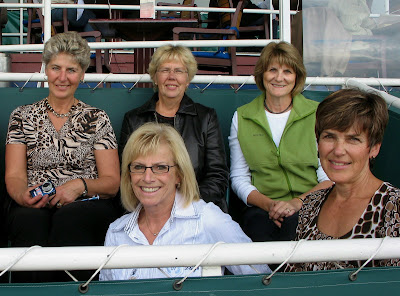 ...and we had a great afternoon watching the races with a group of friends. 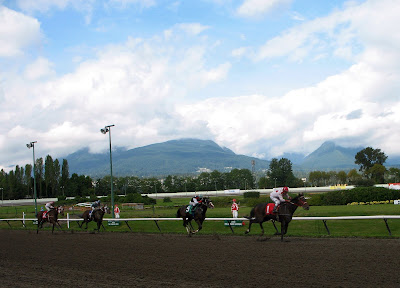 During the earlier afternoon races, we had a crash course about the world of horse racing. Race number nine was the big one...Krazy Koffee was running for a purse of $250,000. plus bonuses.

Prior to the race we went down to the paddocks where the horses were being warmed up...and there we caught our first glimpse of our local hero. 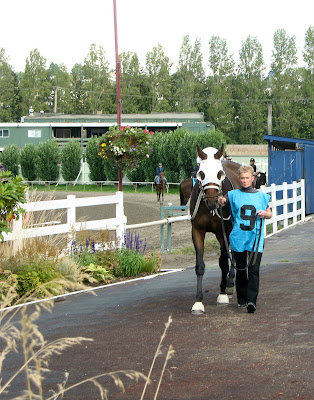 The trainer brought him out for all to see... 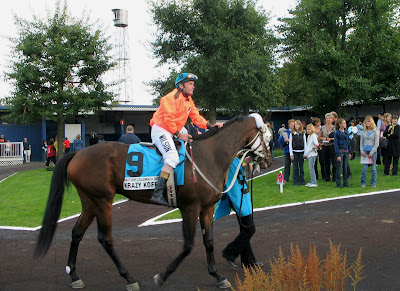 ...and then we met the jockey in his bright orange jersey.

Soon it was time for the race to begin...and we all made our way back to the box seats. 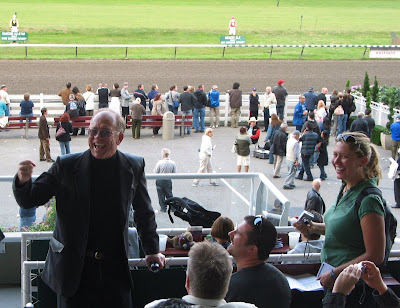 If Butch was at all nervous about the race we were about to witness...you wouldn't have known it! This photo was taken moments before the start of the 2008 B.C. Derby race! 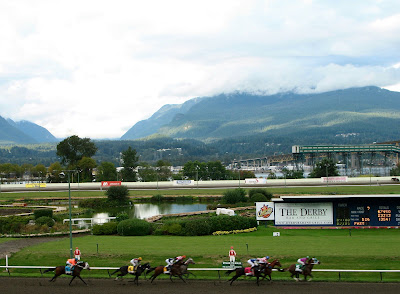 I have only one photo of the actual race...this is how things looked as they came around the first lap. The orange jersey (that would be Krazy Koffee) is in seventh place. After that things were too tense to be taking photos.

Krazy Koffee..sporting the number nine...racing in the ninth race...pulled ahead for a big win in the ninth inning (hmmm...I don't think that's a horse racing term!). Today's paper says 'he was coming like a freight train, gobbling up the leaders...in front of a roaring grand stand, winning by a length'. Things went a little crazy in our section after that!

Butch and Renate took all forty of us down to the winner's circle, where they were presented with the derby cup... 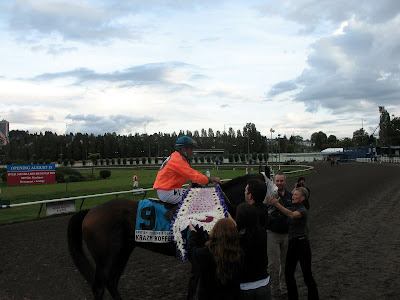 ...and a blanket of fresh flowers for Krazy Koffee...and a bouquet of roses for Renate. 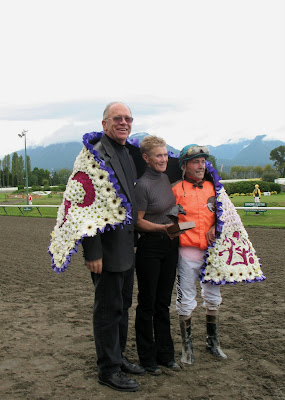 Butch, the trainer and the jockey couldn't be happier! 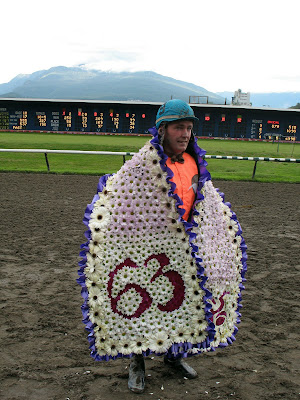 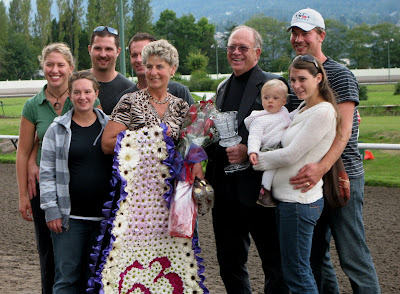 This was a dream come true for Butch, Renate and family! 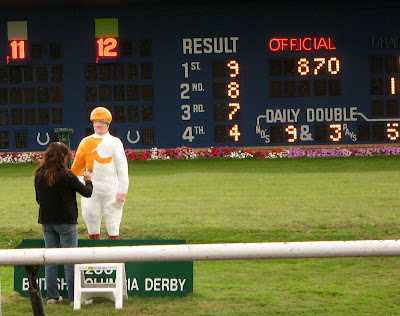 As soon as the race was over, we saw a painter hard at work. Butch gets his Sunkist-orange-and-white colours painted on the infield stakes statue closest to the finish line....and there it will remain until next year's race. 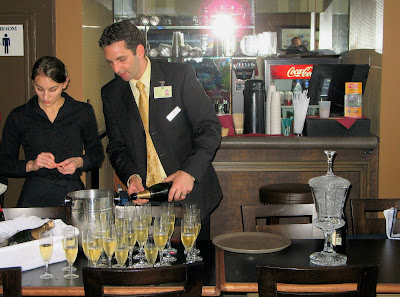 We joined the family in the Sky Room for champagne all around. It really was an incredible feat! Krazy Koffee was the only B.C. bred horse in the race...and comes from a small stable out in the country. He was racing against horses from across the continent (many from Kentucky)...some who had flown in their own jockey. We were so glad we could share the moment.

Butch and Renate spontaneously arranged a dinner for all of us at a wonderful steakhouse near the racetrack. We celebrated their win...enjoyed a very fine dinner...and eventually all made our way back home to the country.

It was a special occasion...and we were so glad to be a part of it. Our congratulations to you, Butch and Renate!

Email ThisBlogThis!Share to TwitterShare to FacebookShare to Pinterest
Labels: celebrations