As you can tell, this is not a photo taken from my front porch.  I had a change of scenery at the beginning of the month... 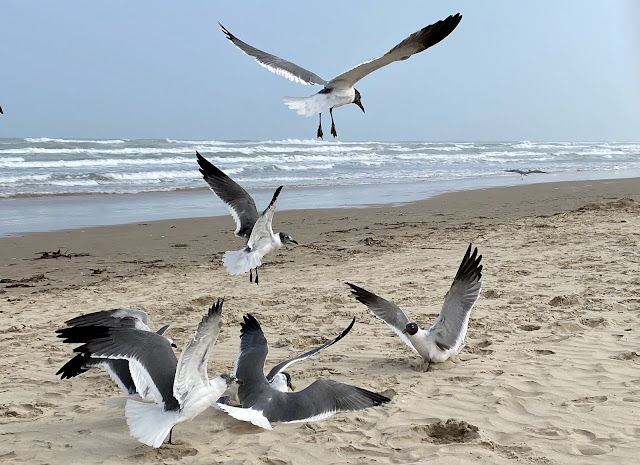 ...when I (together with my sister Mary Ellen) spent a week in south Texas, visiting my sister Bev who has made McAllen, Texas her home for over four decades. 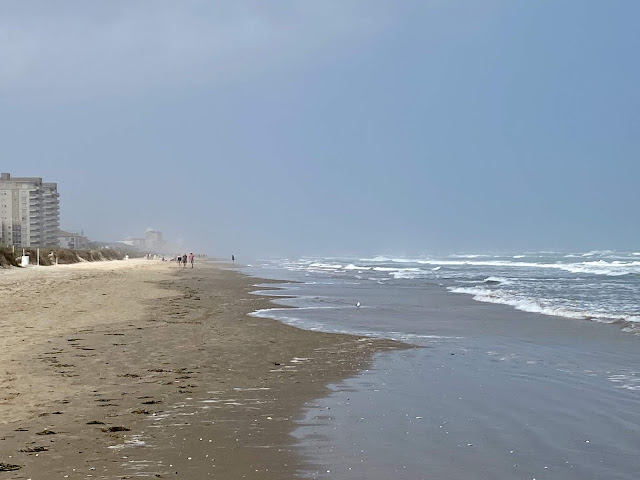 South Padre Island is about a ninety minute drive from her place, and is one of her favorite places to go. 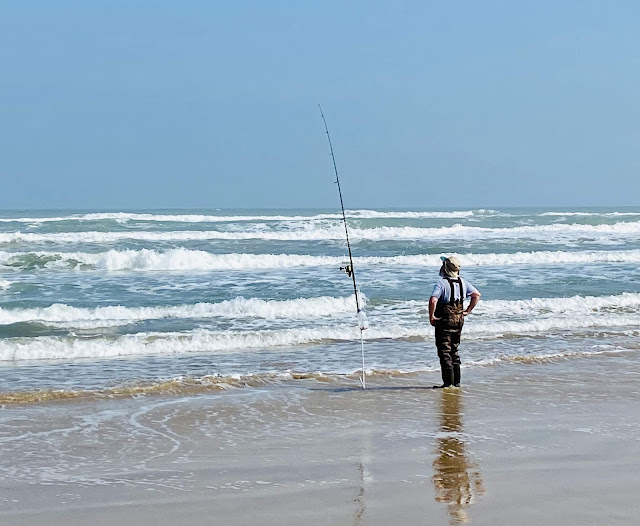 So we spent a fine Sunday afternoon there...walked the beach, watched the fishermen, and ate fantastic seafood at Dirty Al's.  They claim to have the world's best fried shrimp and I think they are right! 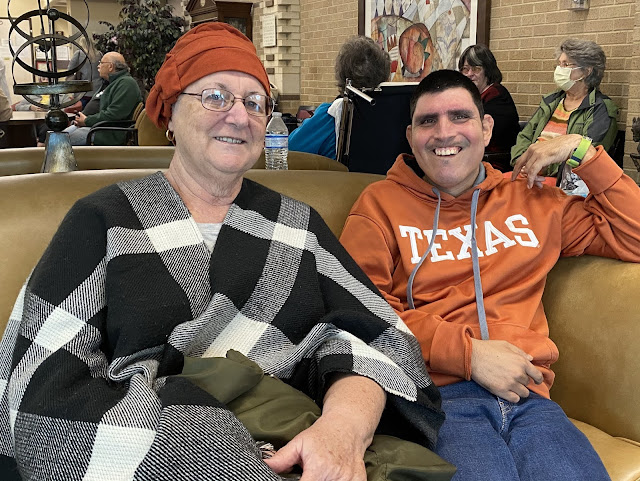 Bev had a brain tumour removed in January and is now going through cancer treatments. This is likely the waiting room she is spending a lot of time in these days!  I accompanied her to several appointments at this oncology centre while I was there. Hopefully Ricky does not need to go with her too often, since he did not appreciate the 'waiting'.  Granted, four hours would have been too long for anyone! 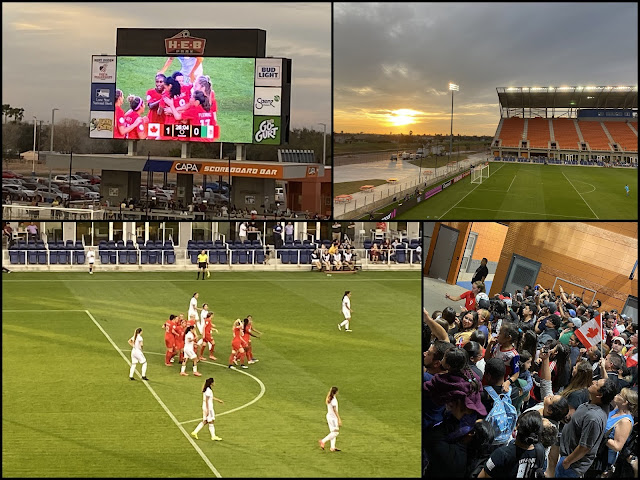 What are the chances of having the Canadian Women's Soccer team playing the Mexican national team at the HEB stadium fifteen minutes from my Bev's home while I was there? How fun to go cheer on the home team and see them defeat Mexico and qualify for the Olympics in Japan this summer!  It was also great to see Jordyn Huitema in action...she is a young star on the Canadian team who happens to come from my home town and is a friend of my granddaughters. 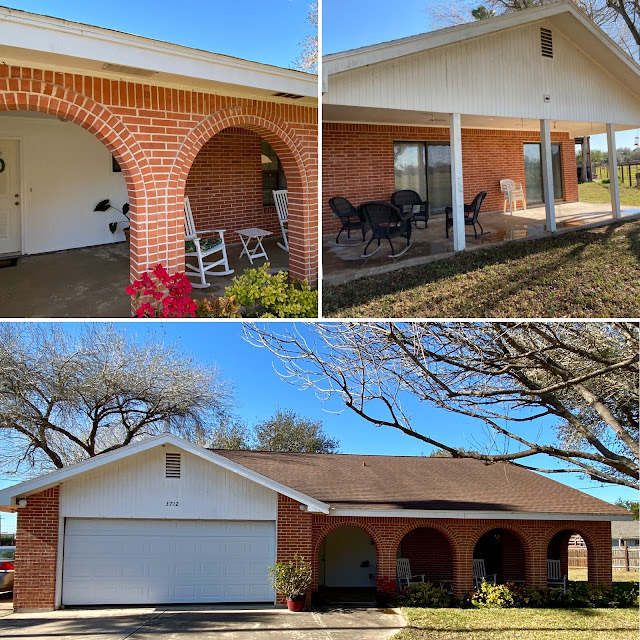 Bev's home for the past four decades... 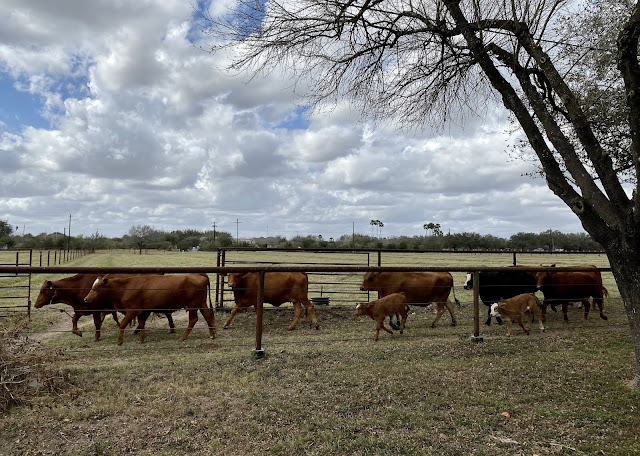 ...where the herd of cattle paraded by her back patio every day. 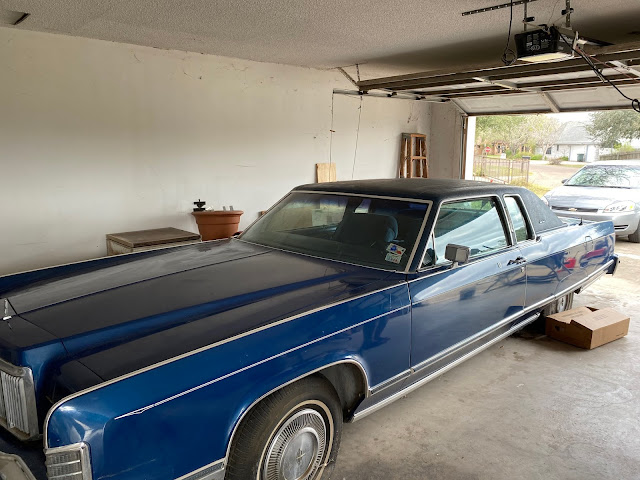 In her garage sits a 1975 Lincoln town car that was once my dad's. She has not driven it in years.  I think she is saving it for a rainy day!  Though the weather was lovely and warm while we were there, we did not spend much time sitting outside in her rockers.  We cleaned this and that, took down Christmas lights, cooked meals for the freezer and played taxi driver (since Bev can't drive right now). 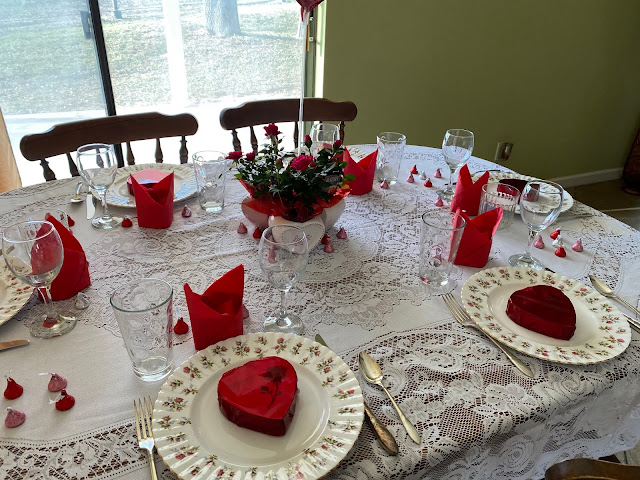 Near the end of our time in Texas, we invited  Bev's good friend and her mother to join us for dinner one night.  We washed the good china (which was once our mom's)... 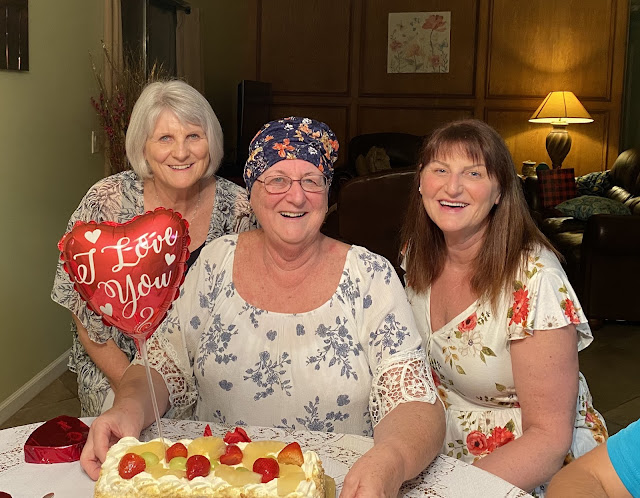 ...and had a little Valentine's/birthday party. Bev celebrated a milestone birthday this month! 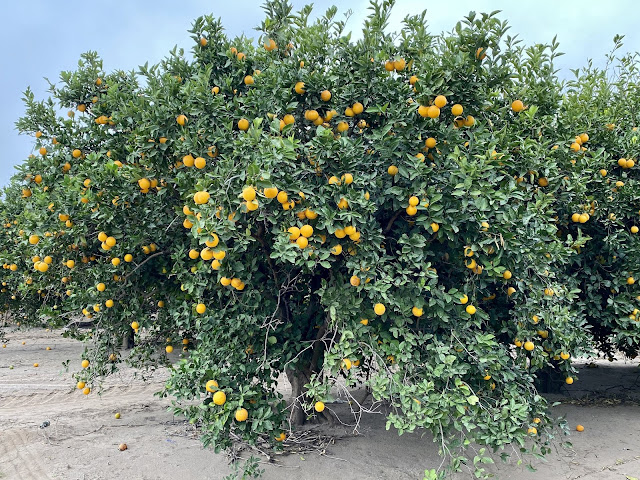 We ate a lot of Texas oranges while we were there! 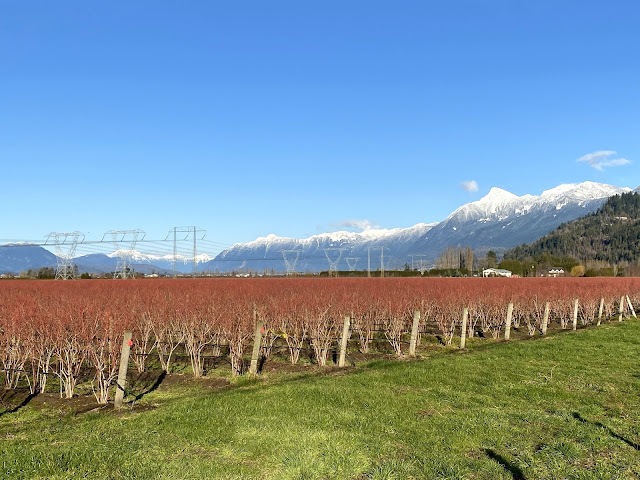 Back at home...the sun was shining and it was a good excuse to get outside.  We just needed to wear a few more layers than we did in Texas! 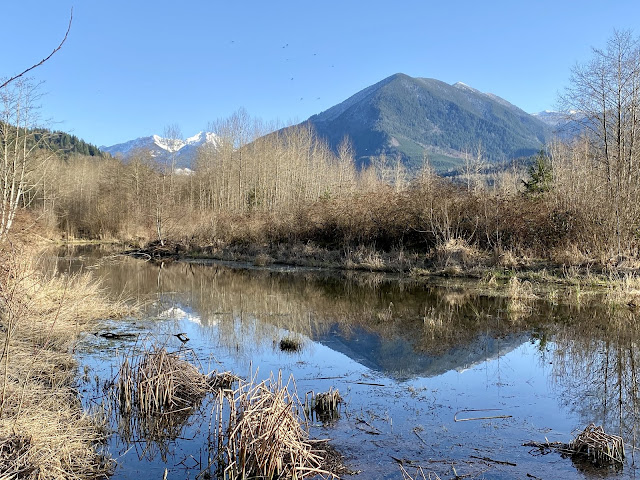 We checked out a few trails nearby. 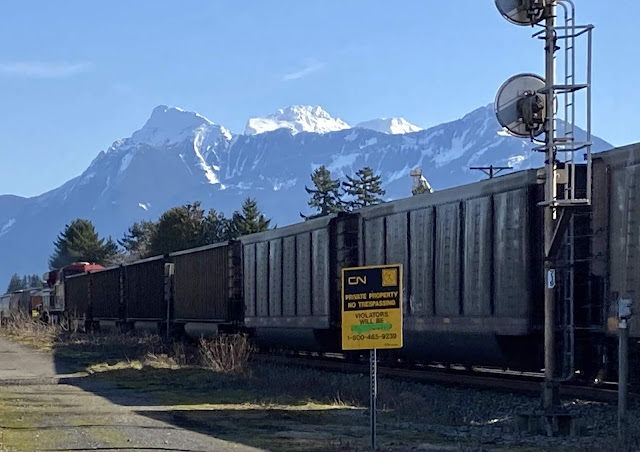 Though many of Canada's trains were at a standstill this month, I have proof that there were still a few pulling through town.  If you live in Chilliwack, you make allowances for trains stopping all the traffic regularly.

Before the sun sets on February, I am reminded of many things that happened this past month for which I am thankful.  My sister is responding well to her cancer treatments; my granddaughter is fine following a severe allergic reaction to food while on vacation; my son survived a stingray bite.

There are also still a few things unresolved...where we hope and pray for a happy ending.  Our  granddaughter Ranen has been suffering with a concussion for the past few weeks, received while on a French exchange trip to Quebec with her school.  Hubby's right wrist is not healing as he had hoped and is still sore and swollen and not too functional three months post-surgery. We are all 'fearfully and wonderfully made', something we are reminded of again when parts of the body do not function as they should. 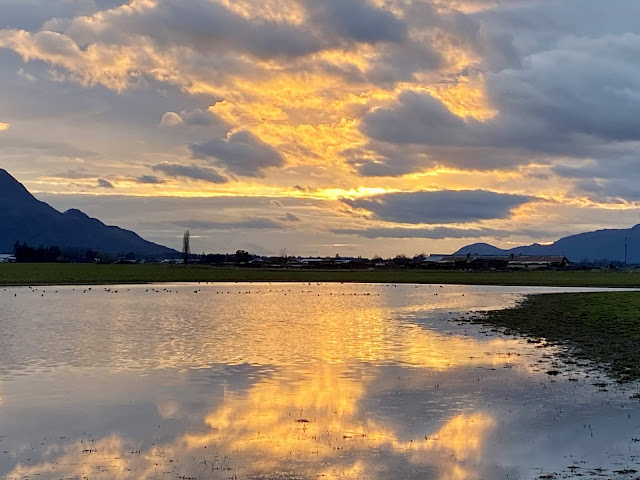 We have almost made it through winter 2020 and are looking forward to spring.