Why does it seem like this was a very short month?
Time hurries on!
We spent the first week of this month down south...
and came home to lush green lawns and fields.
After five months of drought, the long-awaited rain arrived. 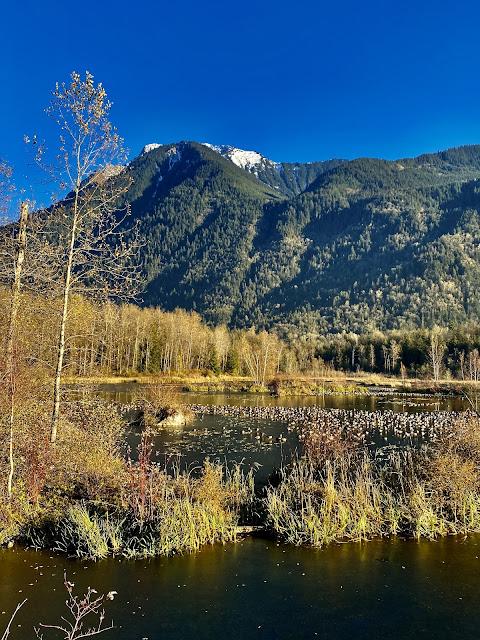 But we also had plenty of sunshine and blue skies this month...
and fresh snow on the mountains nearby! 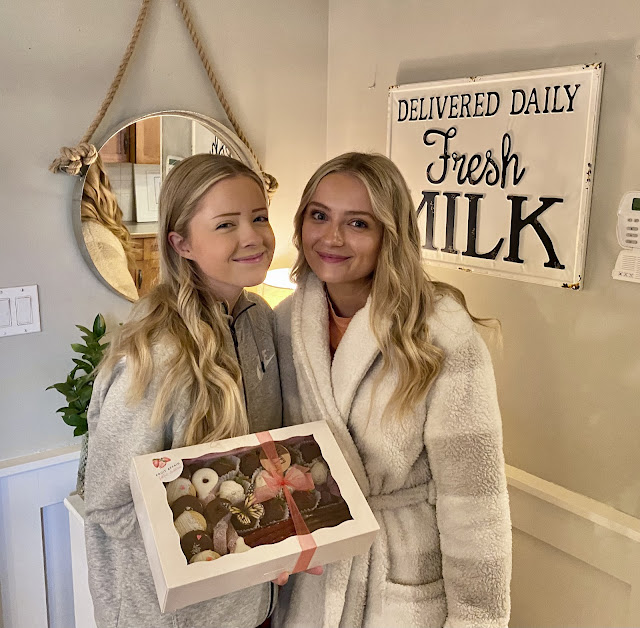 On November 10th these two turned 21!
Emme and Spencer made me a Grammy all those years ago.
I could never have anticipated what a joy that role would bring!
I will forever treasure the memories of all the time we have spent together...
reading books, watching movies, hiking, picnics, sleepovers, camping trips, and road trips.
Here's hoping I'm around to share many more of life's special moments with them. 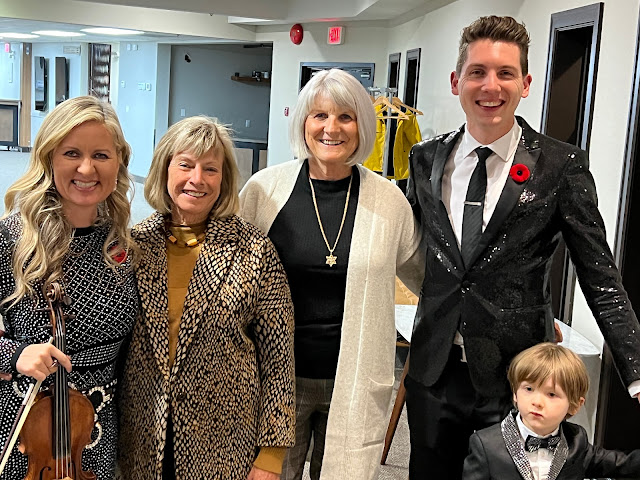 I had a milestone birthday at the beginning of the year.
As did my friend, Marg.
Our hubbies had made arrangements a year in advance to have Rosemary Siemens & Eli Bennett serenade us for the occasion...
but the pandemic got in the way and the party was cancelled.
On November 11th Rosemary and Eli put on a concert at church...
and caught us by surprise when they ended the evening with a birthday medley for the two of us
...for a birthday long forgotten.
A memorable Remembrance Day it was! 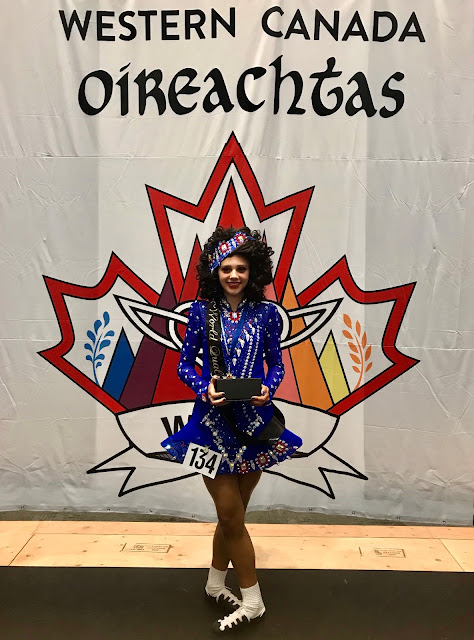 Earlier this month, Ranen took part in the western Canada Irish Dance Competition in Victoria.
She finished well and qualified for the World Irish Dance Championships to take place in Montreal in spring.
We have never been to Montreal.
I think we may have a good excuse to go! 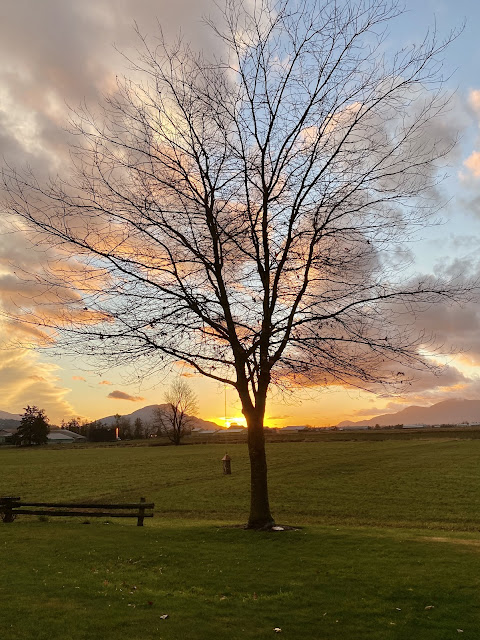 We have had the most beautiful sunsets this month.
After a few good windstorms (including power outages) ...
the trees have lost their leaves.
As I write this post... 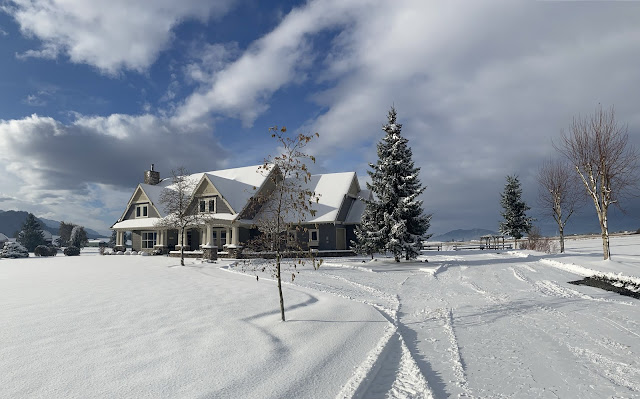 ...we have a winter wonderland out there. 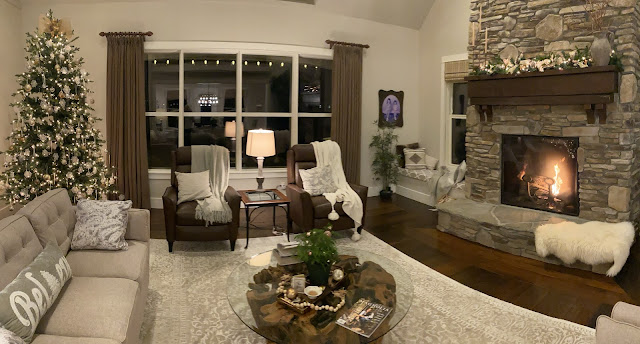 Inside...
it's also beginning to look a bit like Christmas!
Wishing you all a wonderful advent season...
as you prepare your hearts and your homes.

A Desert Getaway to Remember

Since our desert retreat had its beginning in October and its end in November...
it will get a post of its own. 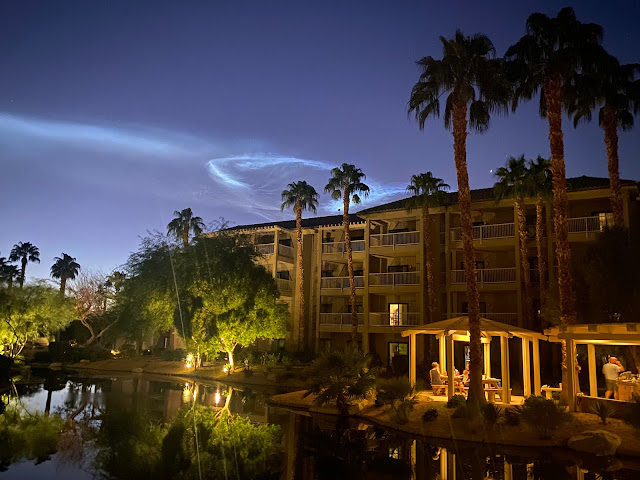 During these past few years when travel was not a simple thing,
our family suggested we all go to Palm Springs 'once the pandemic was over'.
So we made tentative plans for the end of October,
though we never expected that all 18 would be able to participate. 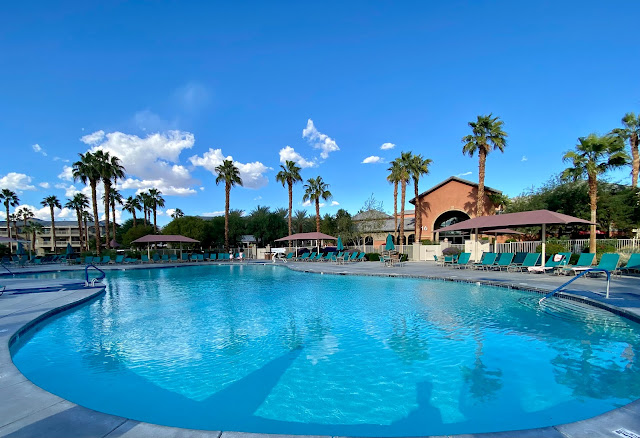 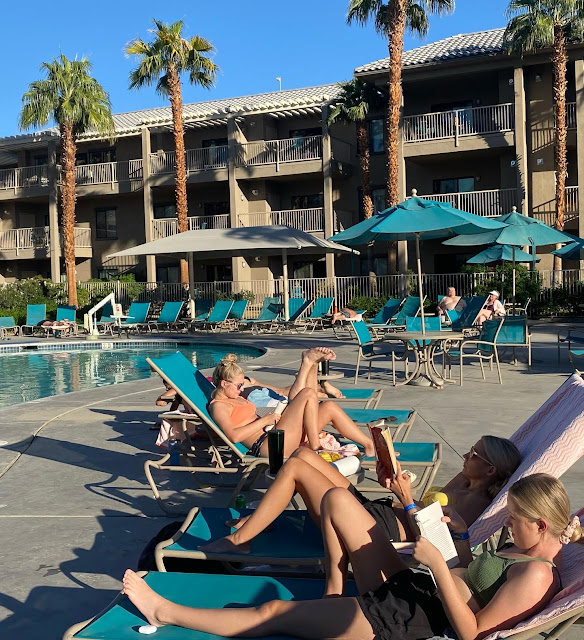 For one whole week our kids and grands were all there with us...
...enjoying time together in the sun. 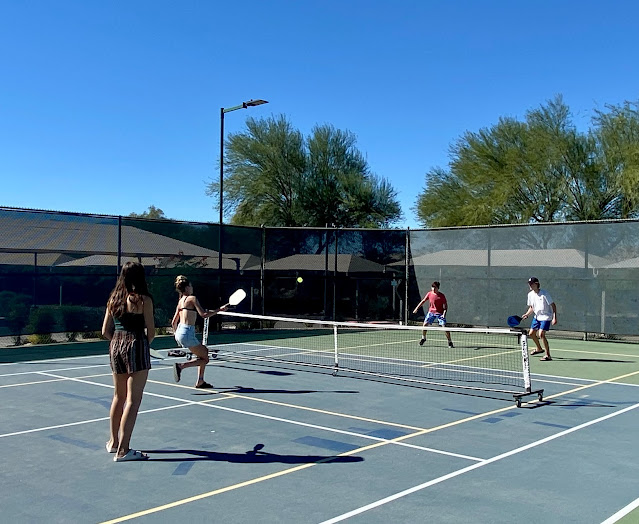 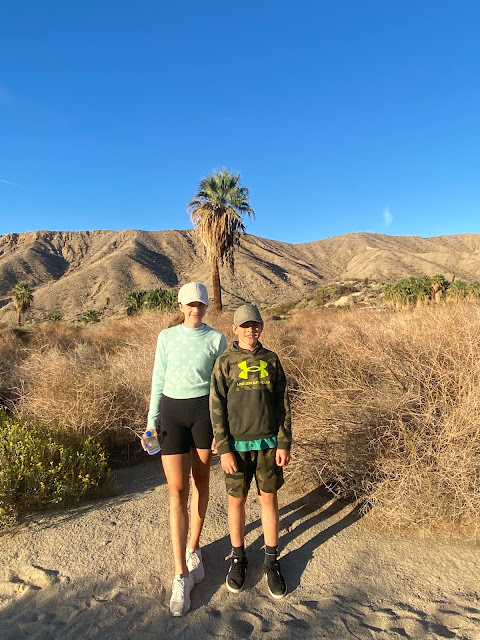 ..hikes in the desert 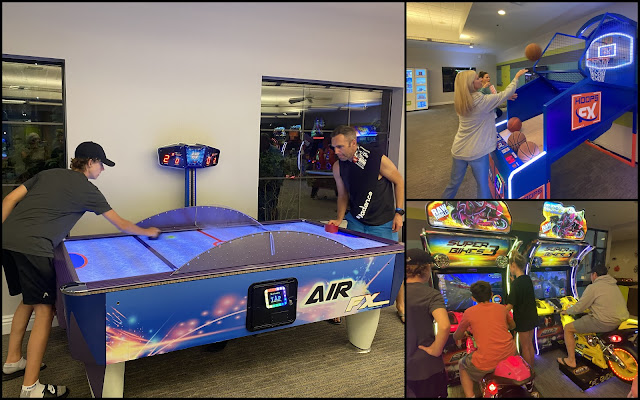 ...or competing to take that top prize. 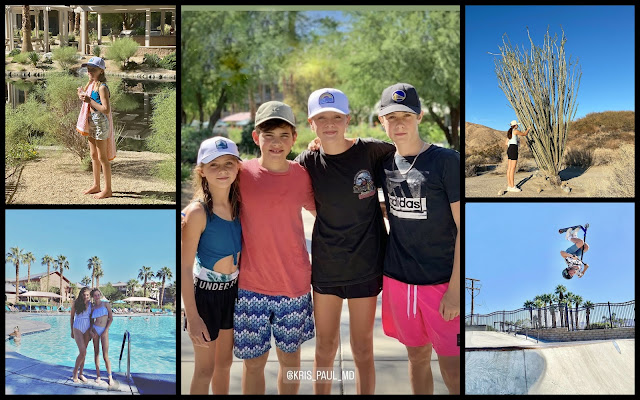 It was a fun week for the cousins...
something they had looked forward to for a long time. 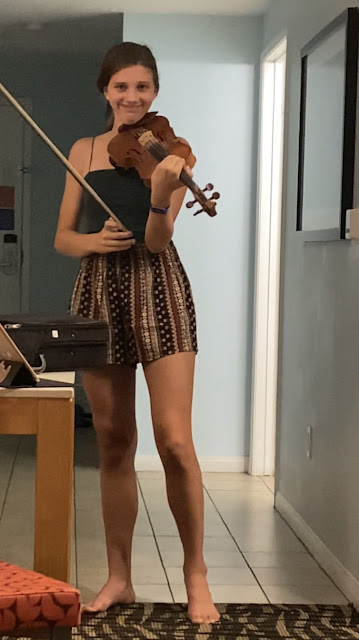 It was not all play though!
Ranen practiced her violin every day, had an online dance class one morning as well as a chemistry exam. And she flew home early to play in the Abbotsford Youth Orchestra's fall performance. 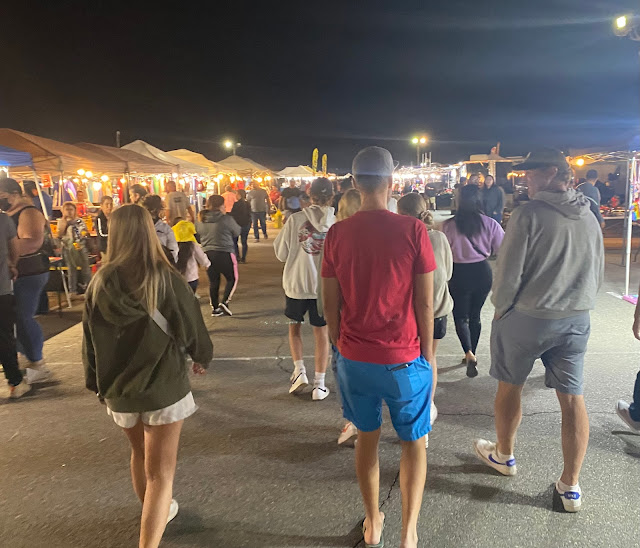 Visiting the Indio Night Market with a group of eighteen was a lot of fun!
Some found treasures. 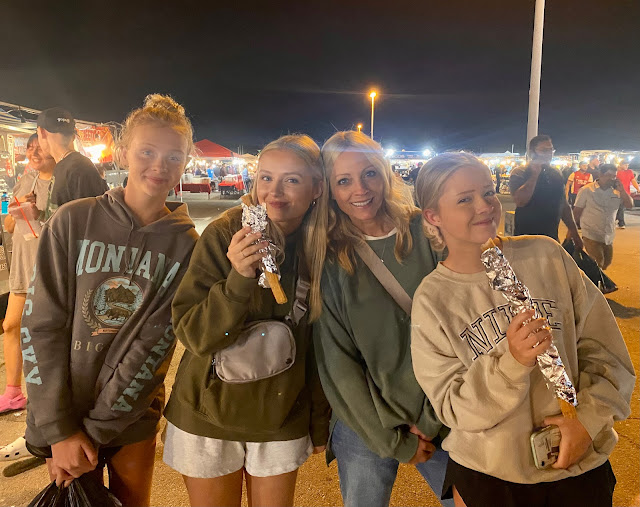 We all enjoyed the yummy churros.
Do these four not look like sisters? 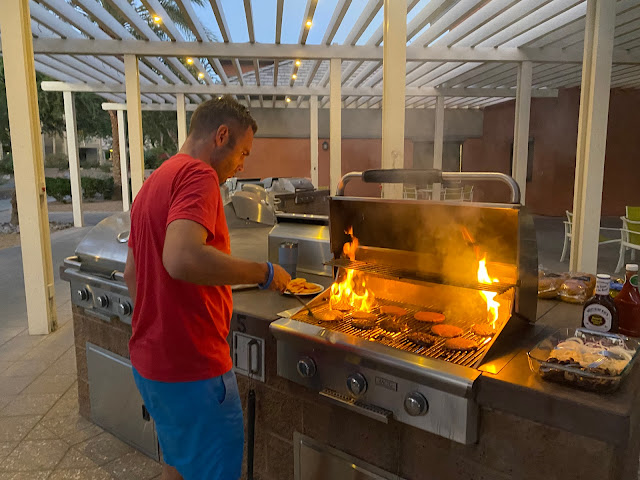 We had group dinners on a large patio. 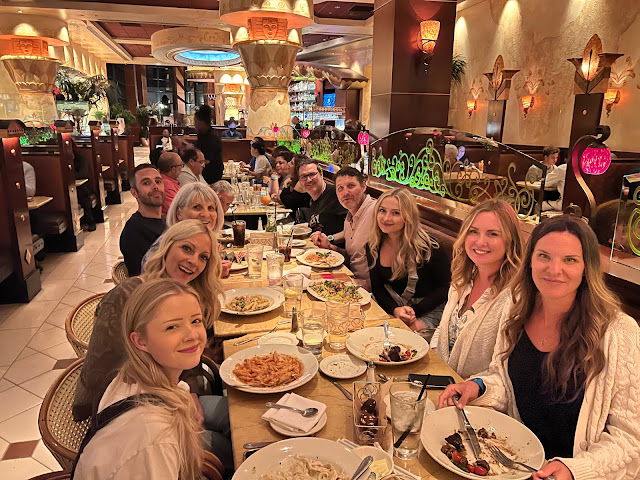 One night the adults enjoyed dinner at the Cheesecake Factory...
while the grands most of the grands had a free-for-all back at the resort.
The oldest two grands have switched camps. 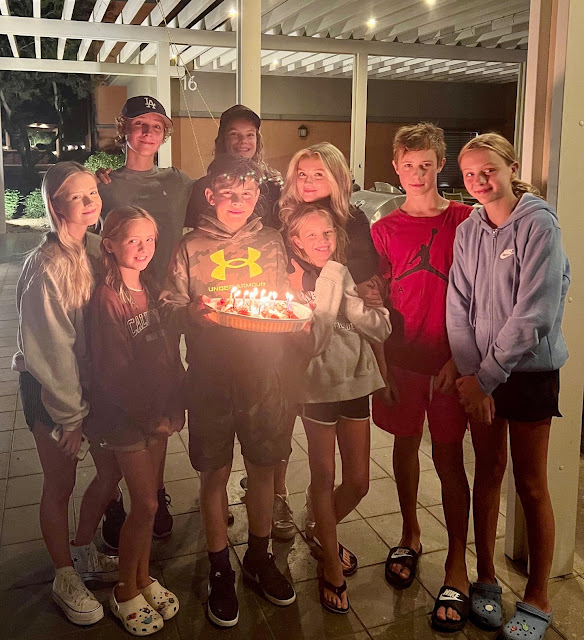 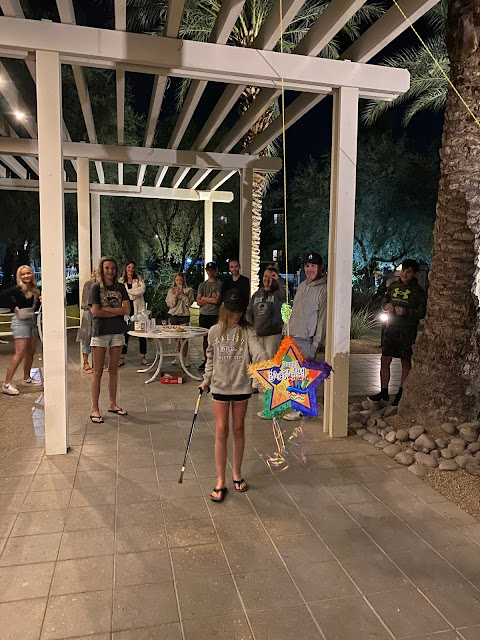 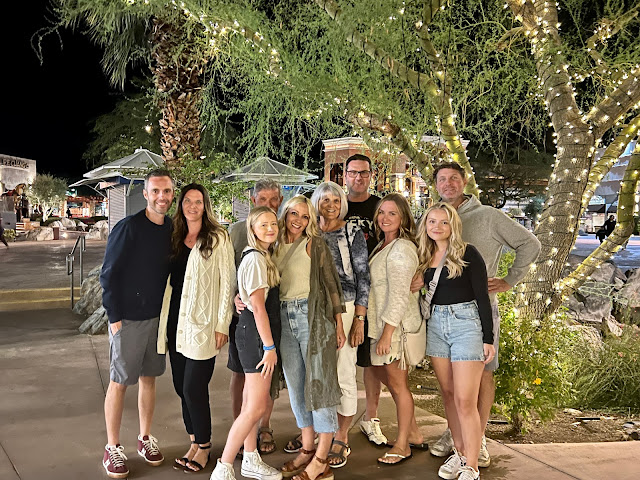 The week together was wonderful...
such a blessing!
Thankful. 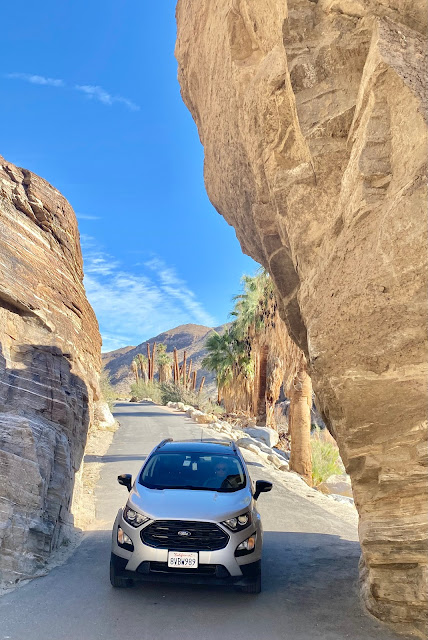 After the family left for home...
we spent some time with friends.
Dave and Janet were staying at the same resort...
so we shared some meals, outings, games and lots of laughs. 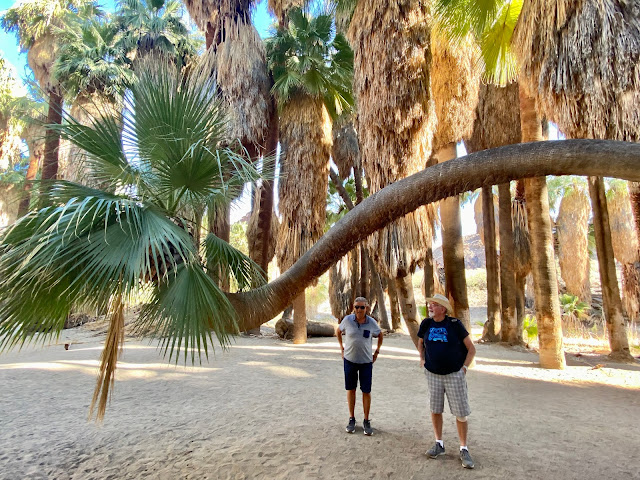 We hiked the Indian Canyons...
met up with Anneliese and Herb for dinner one night and with Gord and Esther another night. 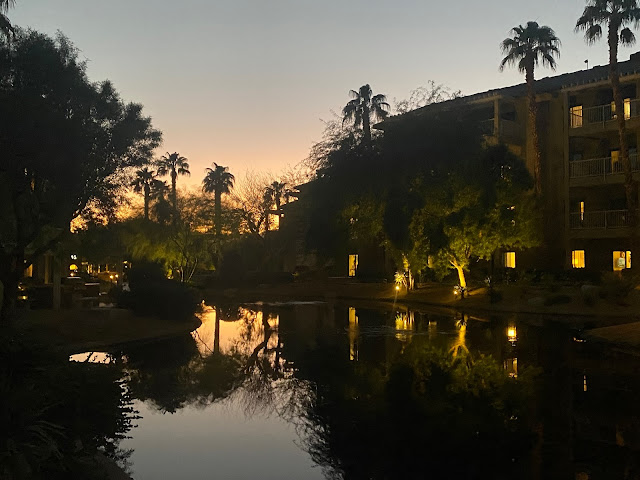 Before we knew it, our time in the desert was over.
A good time!