January ~ looking back and ahead

It may be a new year...
but not all things were new in January. 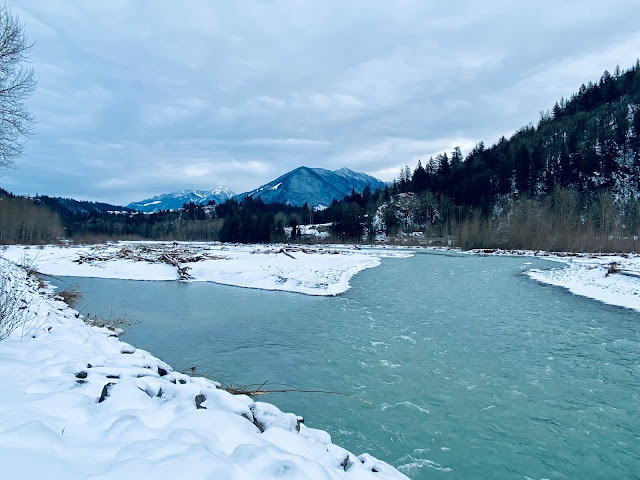 We started the year with the snow left-over from 2021.
On New Year's Day, we walked carefully along the Vedder River trail...
a path through the snow. 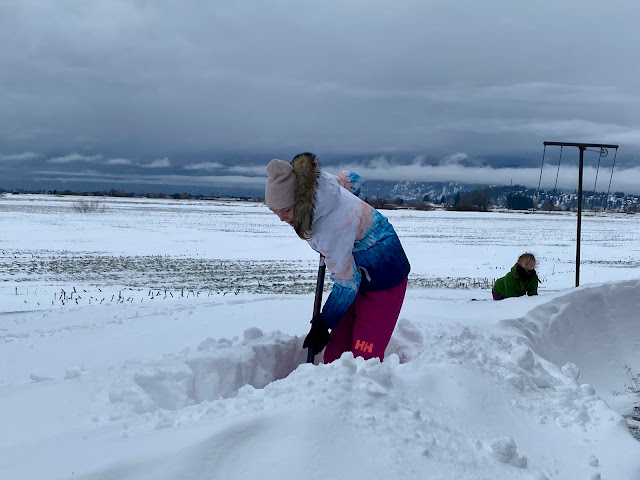 School never opened as scheduled after the Christmas break...
while the 'powers that be' made new plans to deal with the rapidly spreading Omicron virus.
Maggie and Lucy came for a sleepover.
They played in the snow, started on a 1000 piece jigsaw puzzle, played games and stayed up late. 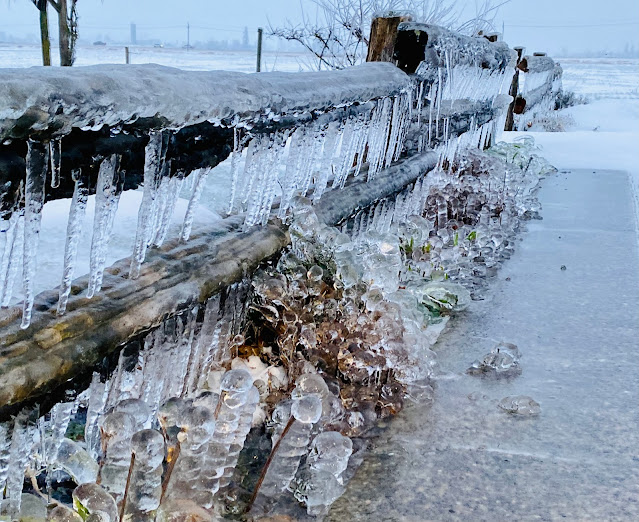 After a few weeks of snow and record-breaking cold temperatures...
the rain moved in and with it an ice-storm. 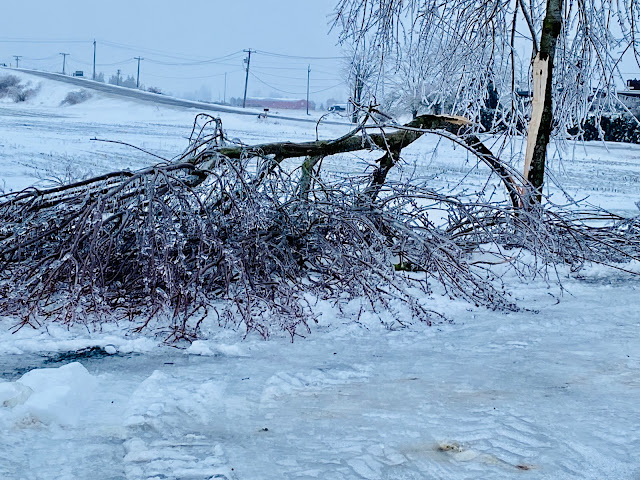 Very pretty...
but not so welcome. 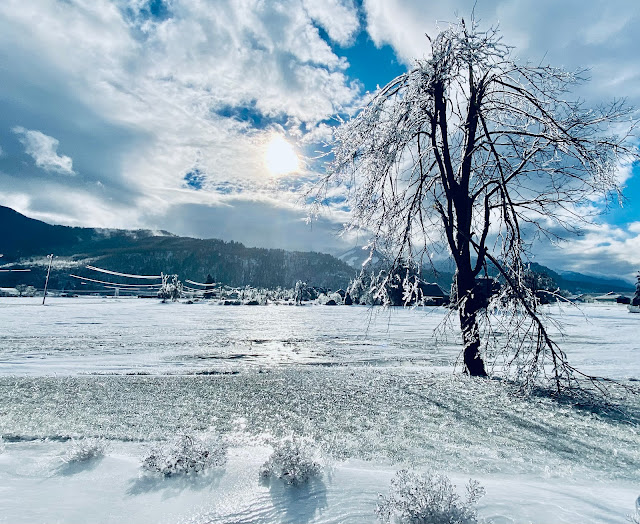 Many were without power for days.
Our trees did not fare so well! 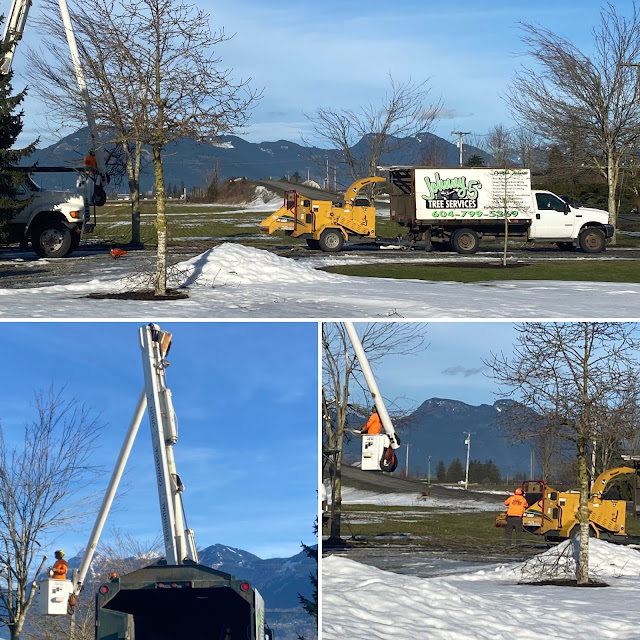 We had a crew come in and clean up the mess.
Many of the trees are smaller now...
and three are totally missing. 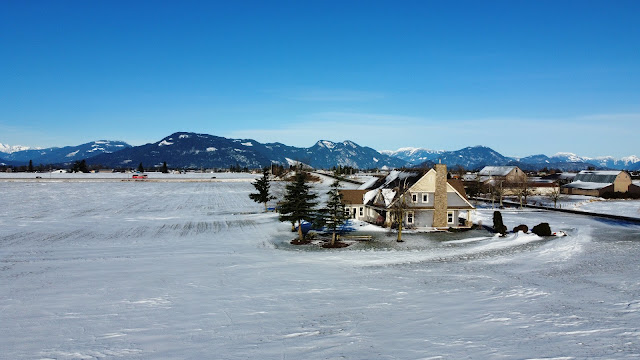 A friend was spying on us... 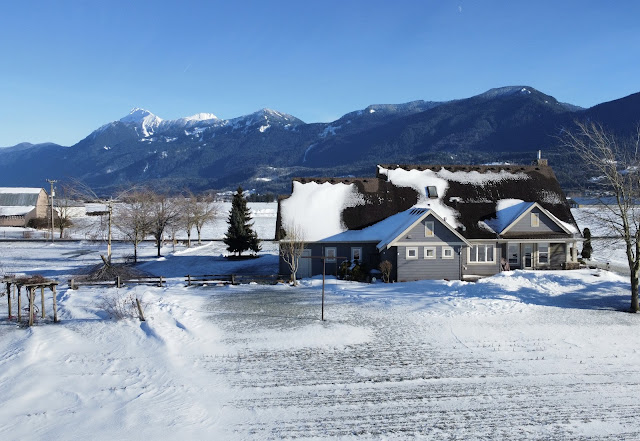 ...and sent us some drone photos taken shortly after the ice storm. 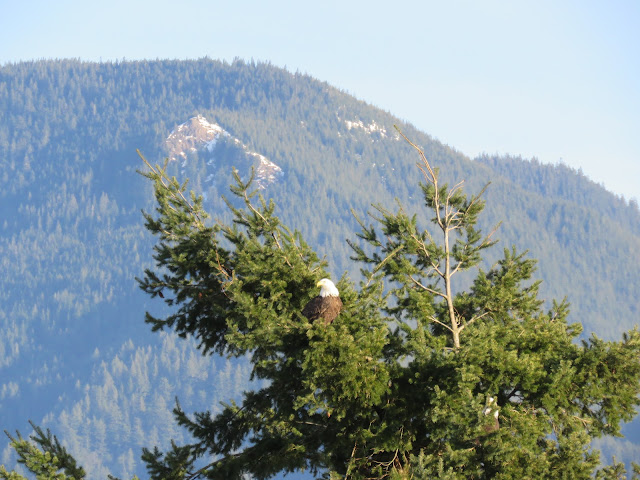 There are eagles everywhere in our neighbourhood right now...
and easy to spot while out and about. 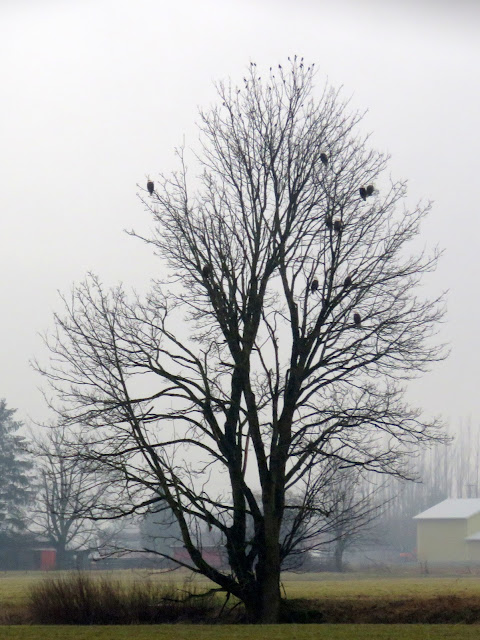 Yesterday morning there were nine eagles sitting in the large maple tree behind our house.
'Tis the season for spotting eagles! 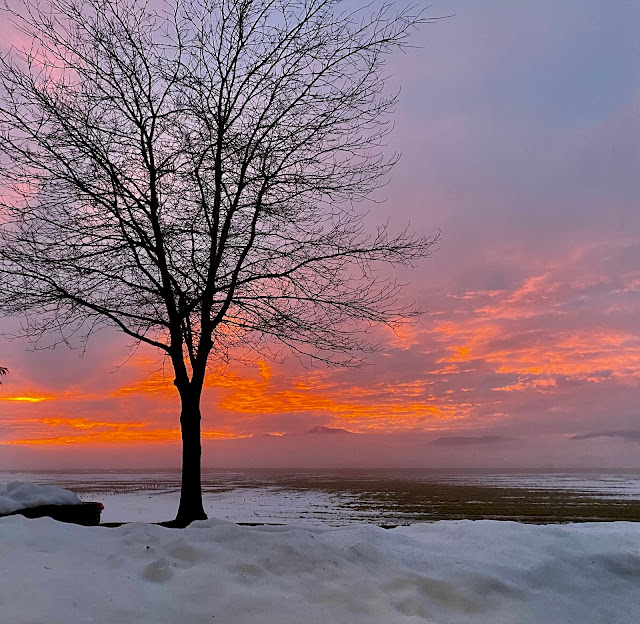 Let me close my January post with a photo taken a few weeks ago.
As the sun sets on January...
I am still celebrating the milestone birthday I celebrated this month.
Yes, that one!
Thanks for the many birthday wishes.
And now, I am looking forward to February and whatever it may hold.
Every day is a gift!
I may be a little late in posting my February re-cap.
Just saying.
Thanks for visiting 'my front porch'!

How can it possibly be that I have reached 'threescore and ten' years so quickly? It seems like only yesterday that I was 40 and now my children are all in their 40's. Where have the years gone?  My birthday was almost a week ago...but when you reach this age the celebrations are not a one-day affair.  I'm still celebrating!  Why not? 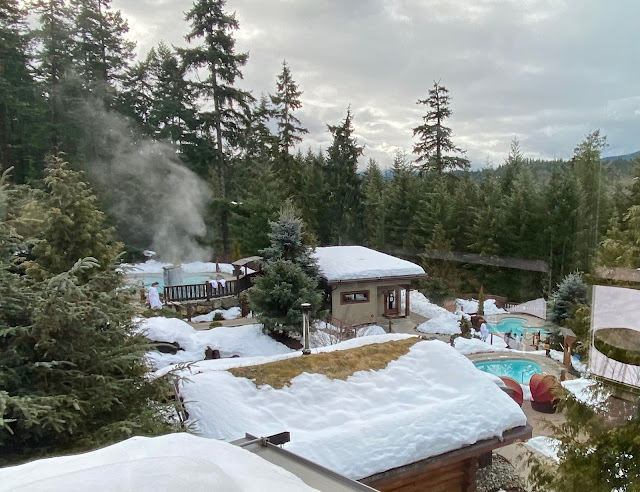 We spent one night at Whistler...and soaked in the outdoor hot pools at Scandinave Spa.  So beautiful in every season!  Maybe it was appropriate to commemorate this birthday there, surrounded by snow...as I now find myself in the 'winter of my life'.

Last night I celebrated the occasion with our family.  They gave me a gift that will go on giving...even when I am at that age when memories start to fade. 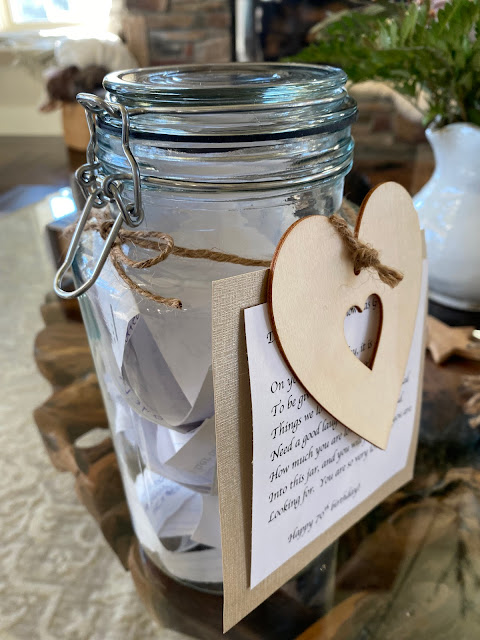 They filled a jar with little notes...their memories of me as their mom and their Grammy.  I came home and read them all!  Some were SO funny.  Some were very touching. Some I had all but forgotten already. All are precious memories!  You never know what they will remember about you!  I will never regret time spent with my children and grandchildren.

Turning seventy is a good excuse to reflect on life. I decided this milestone birthday was a good time to make a list of 'life lessons learned'.  Here are my 70 thoughts at 70...

The way you live your life is your gift to those who come after.
Make it a fantastic one.' ~ Anonymous