Some things come to an end in September...and others begin. 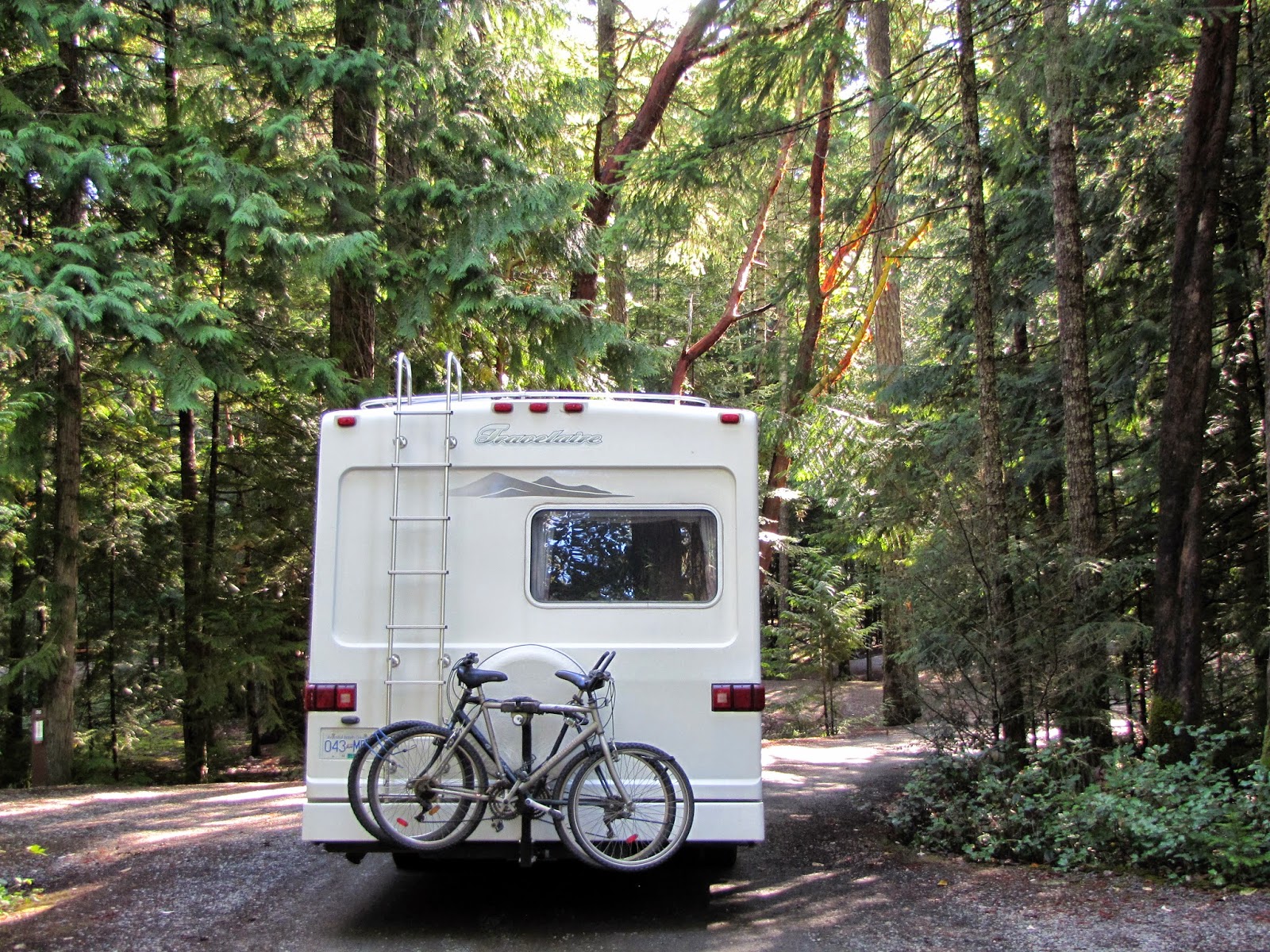 We enjoyed our last camping trip of the season...with an excellent adventure on Vancouver Island's west coast.  The RV is packed away for the winter...but the memories linger! 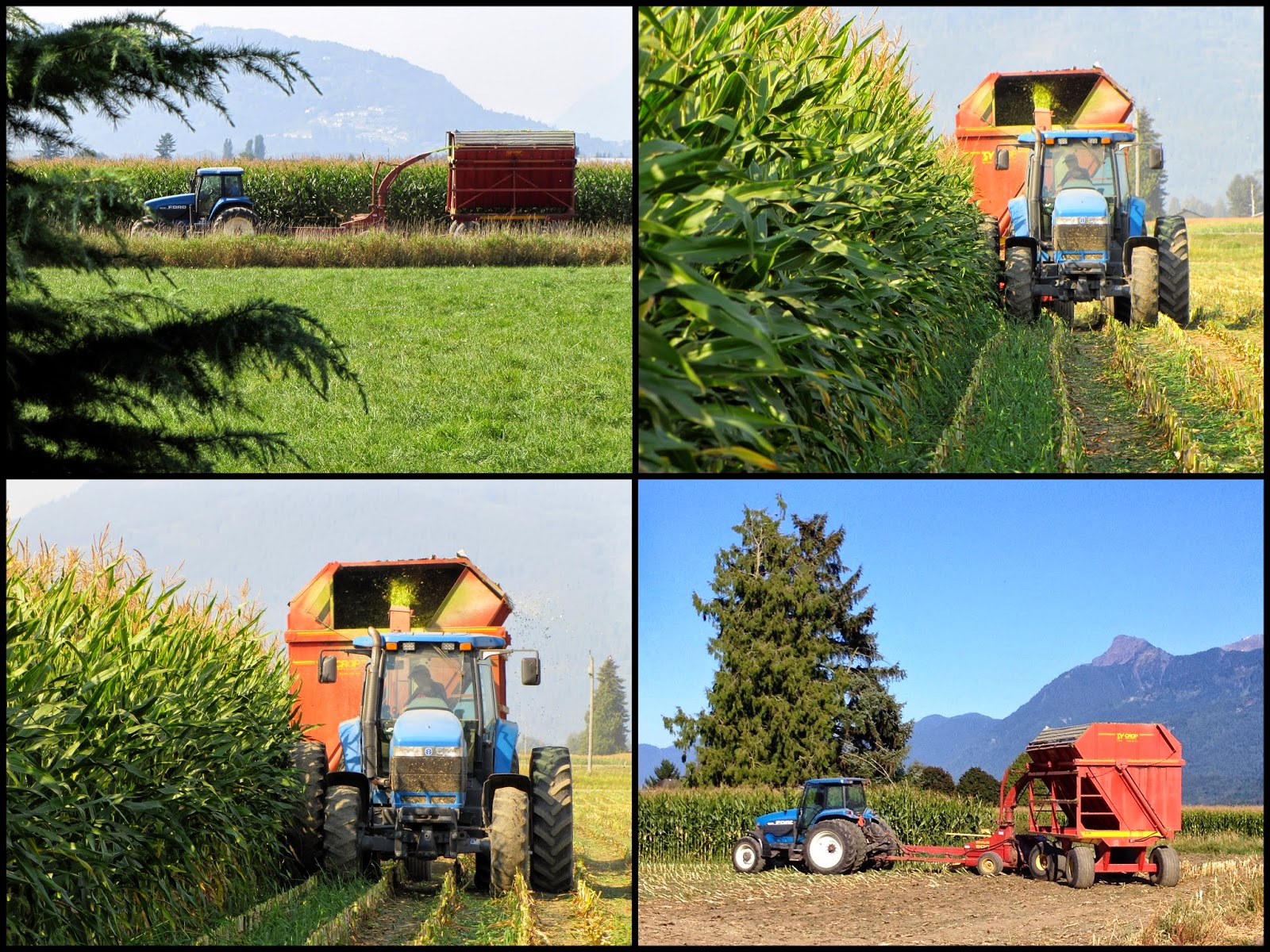 September is corn harvesting time on the farm.  We couldn't have asked for better weather than we had this year...and the bumper corn crop filled the bunker and then some!  Once the corn was off the fields...the winter crops were seeded.

It seems many of our friends and family chose to celebrate their birthday this September.  Well, every September, I guess! 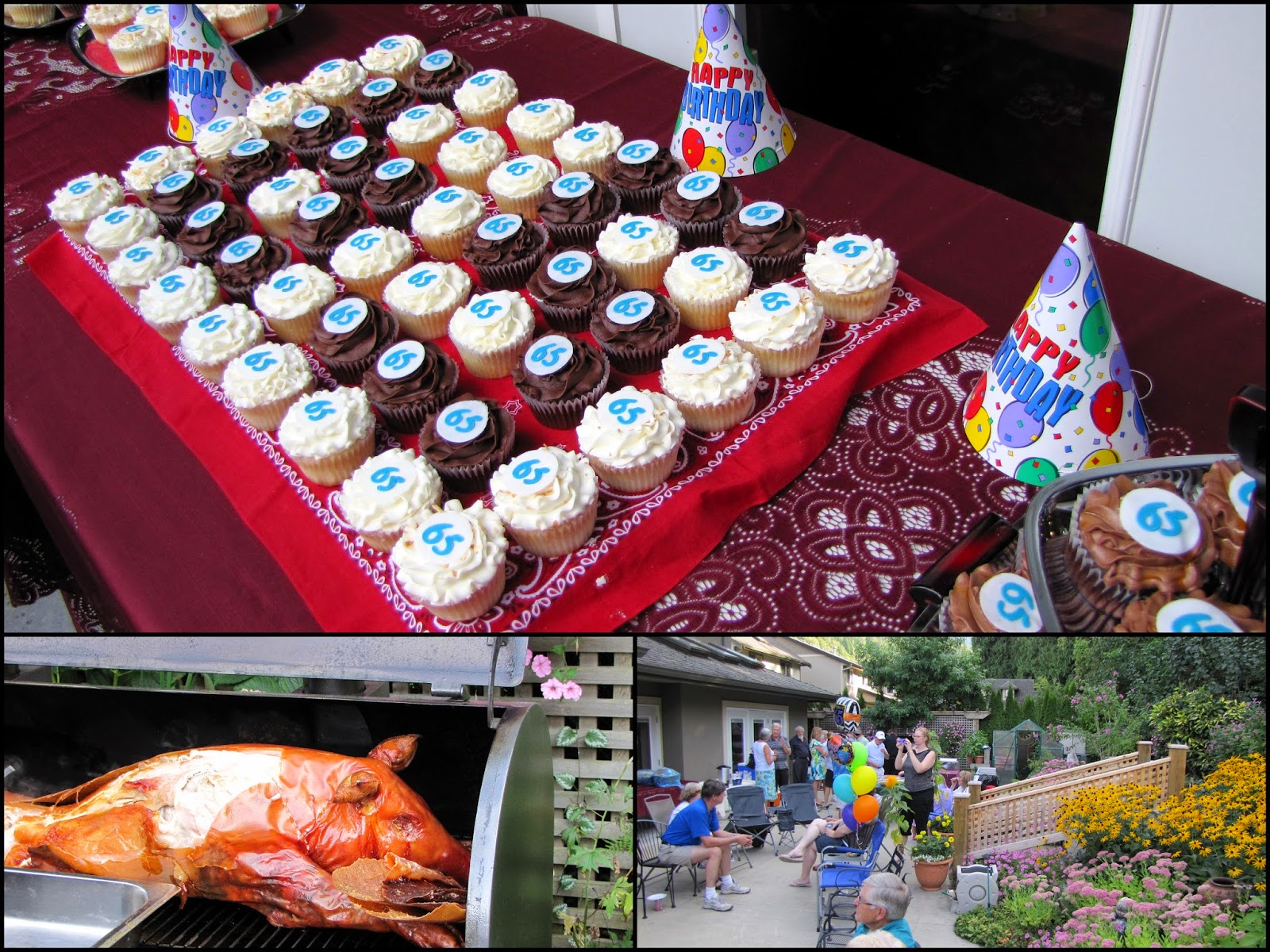 A friend marked his 65th with a big backyard party.  They went all out...or should I say 'whole hog'? 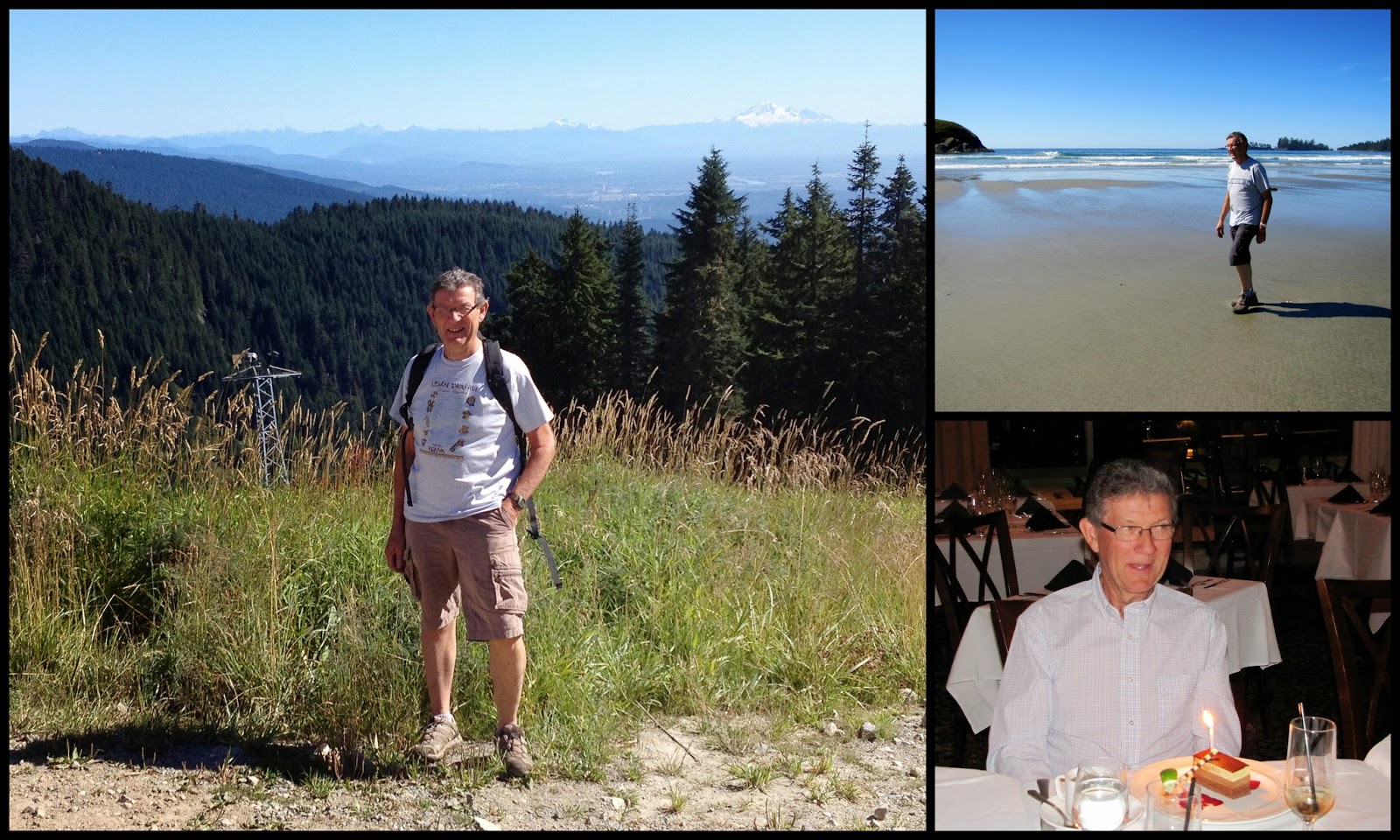 Several days later, hubby had his 65th.  The plan was to climb Mt. Cheam on THE day...September11th..  It just so happened that the road leading to the Mt. Cheam trail head was closed due to a rock slide...and so we went with Plan B.  We hiked up Grouse Mountain...the Grouse Grind, as it is called.  The climb itself  is rather hard work...but the view at the top makes it all worthwhile!  We celebrated with a family dinner the following day.  It's official...no getting around it anymore.  He is a senior! 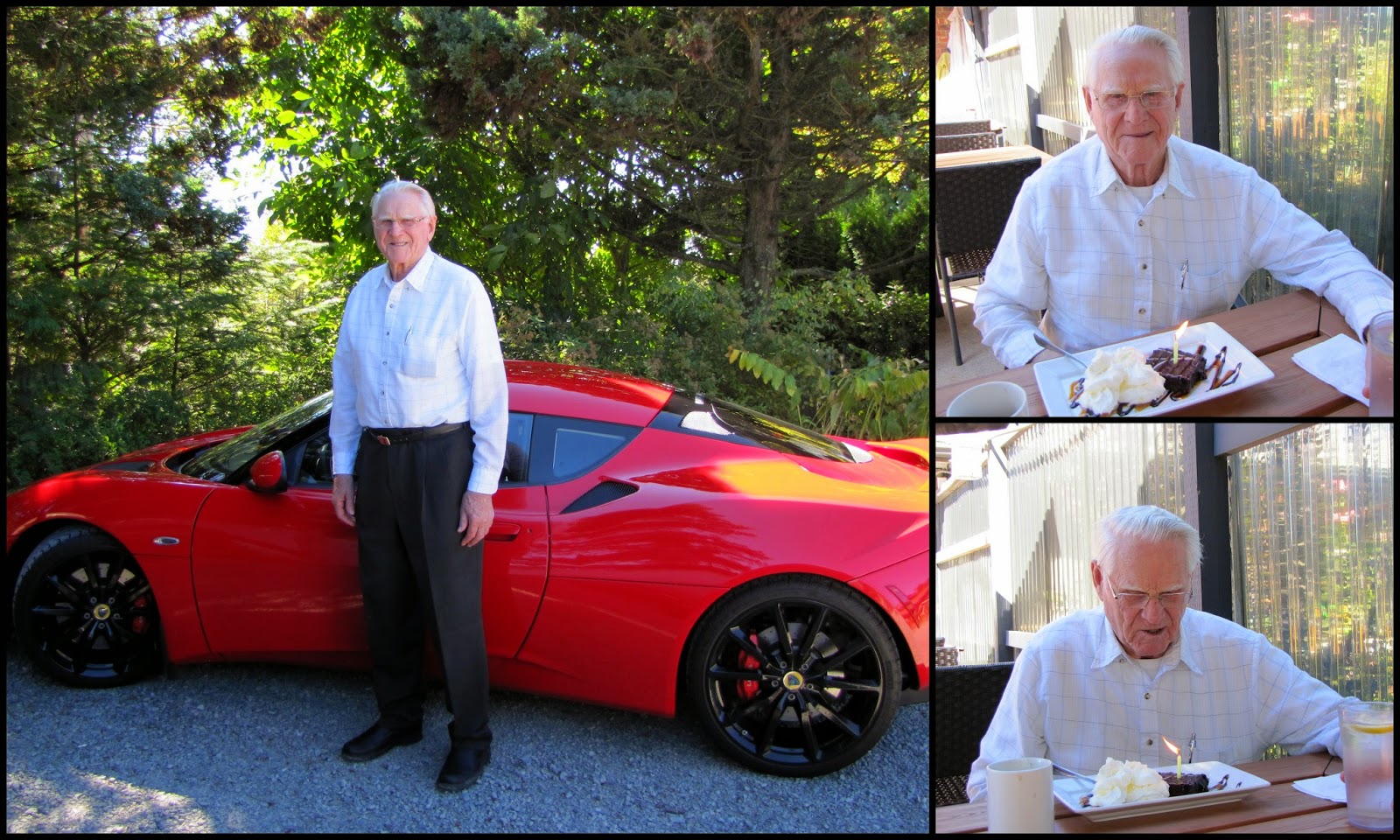 My dad also had a birthday this month...his 92nd.  We took him out for lunch on his birthday...to a restaurant that had no apple pie on the menu. He prefers apple pie to birthday cake...hands down!  The red Lotus in the parking lot made a nice prop for a birthday photo!

Maggie also had a birthday this month... 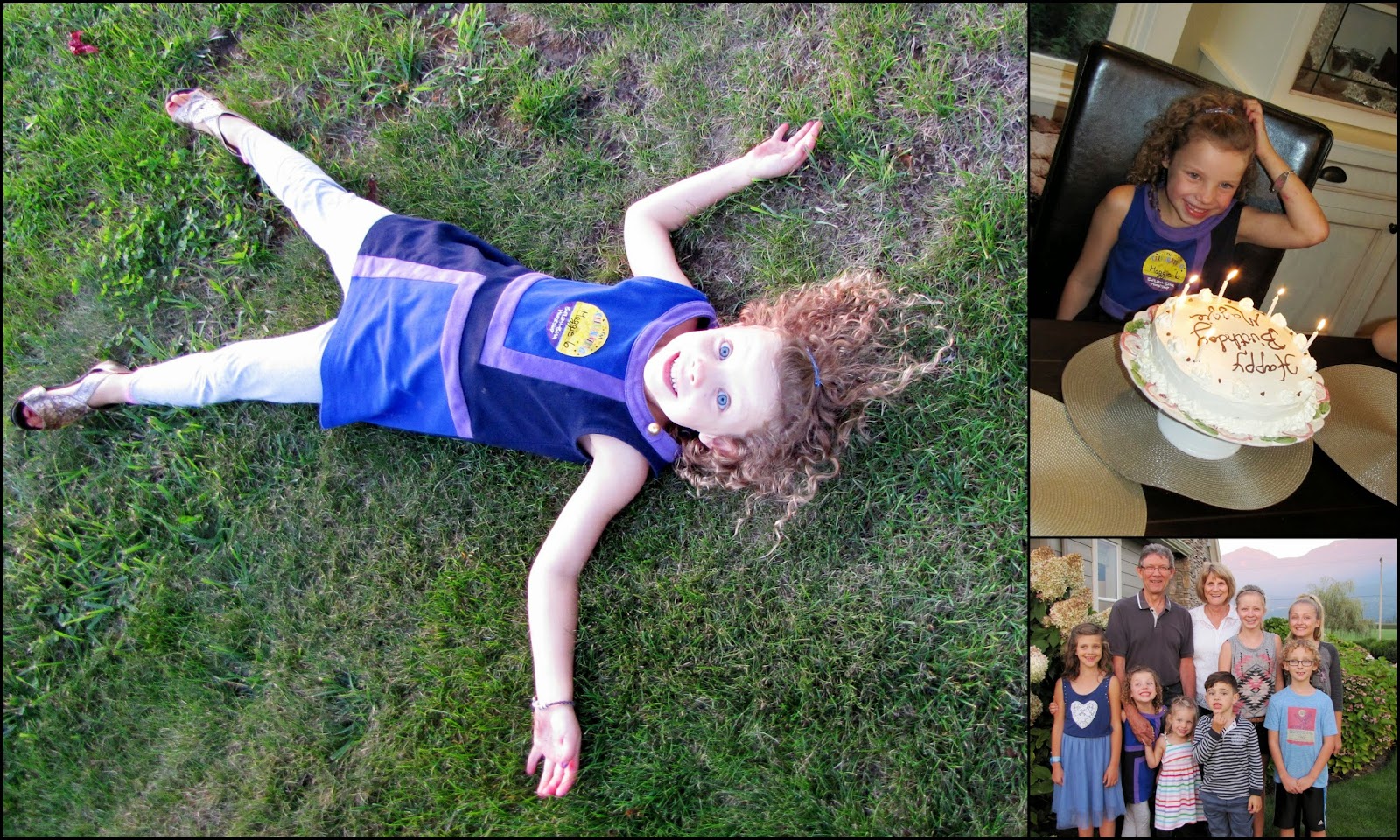 ...celebrated with her cousins just a few days ago. 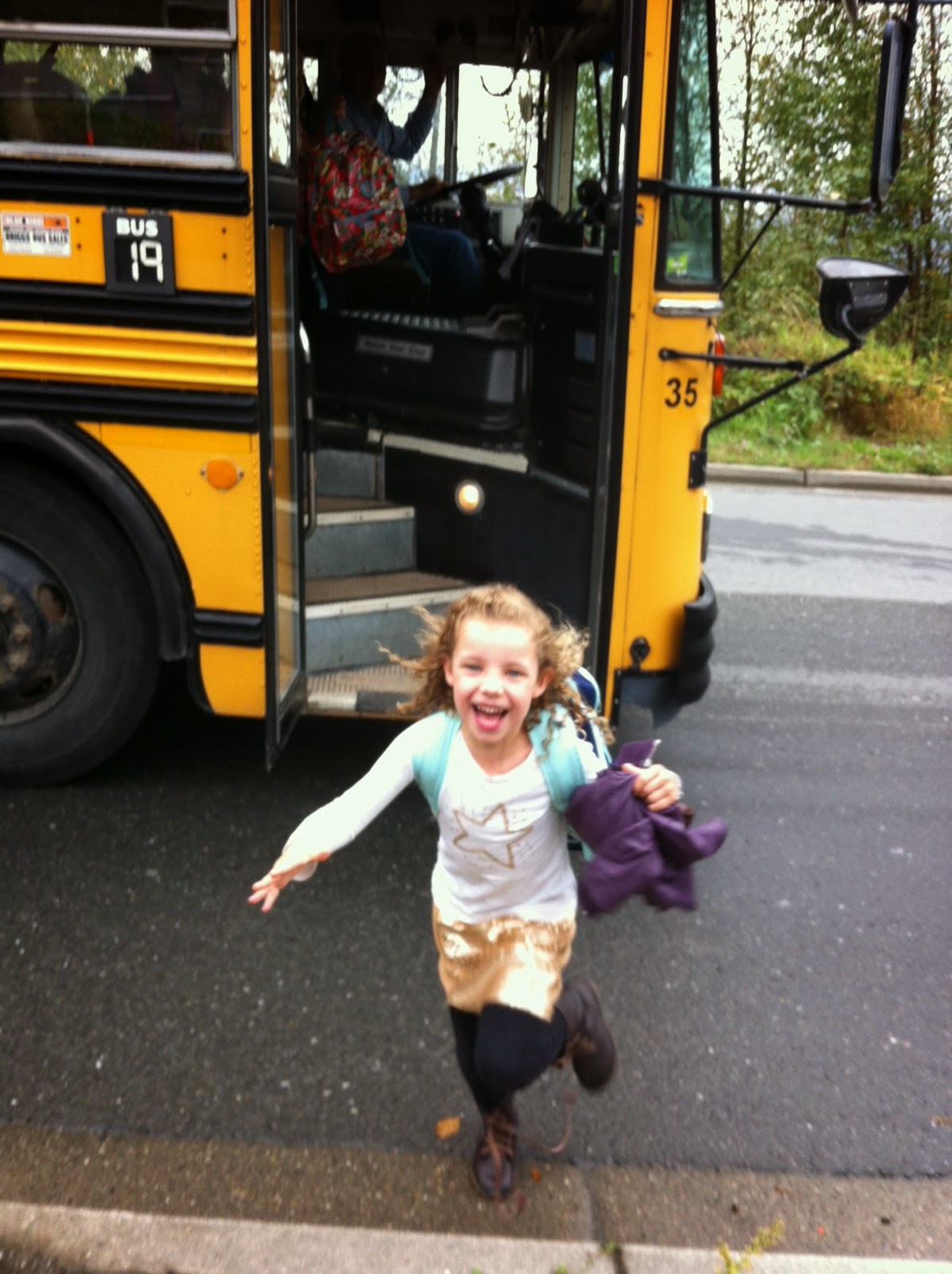 And...she started grade one this year.  How is that for an enthusiastic first day of school? 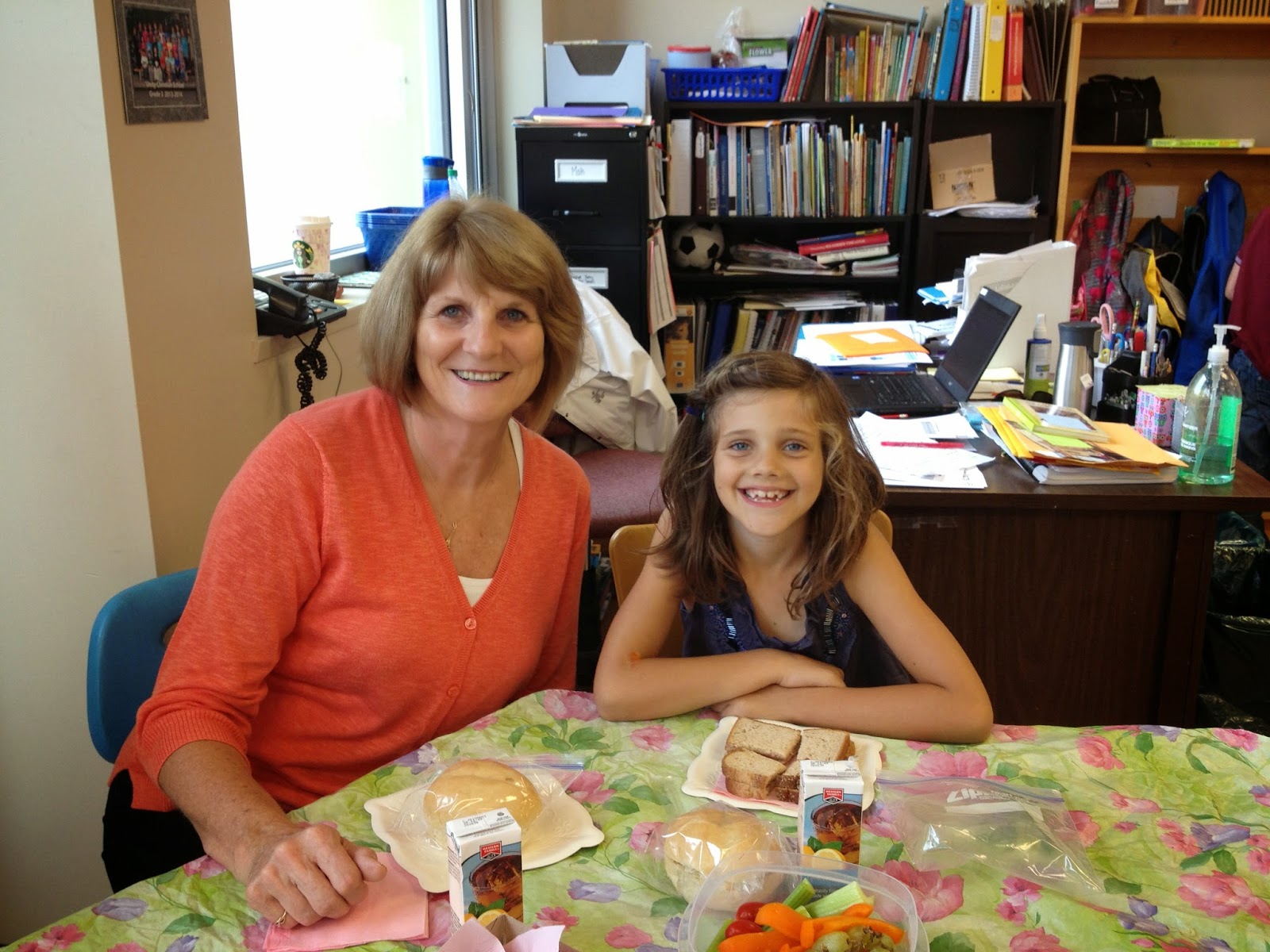 Last Thursday, I enjoyed a lovely lunch with Ranen at her school.  As 'student of the week' she could invite someone to come have lunch with her in her classroom.  I was honoured to be her guest.

In other news...the grands on the farm have enjoyed the 'dog days of September'.  Their Rottweiler had nine puppies...the cause for a lot of excitement over there. 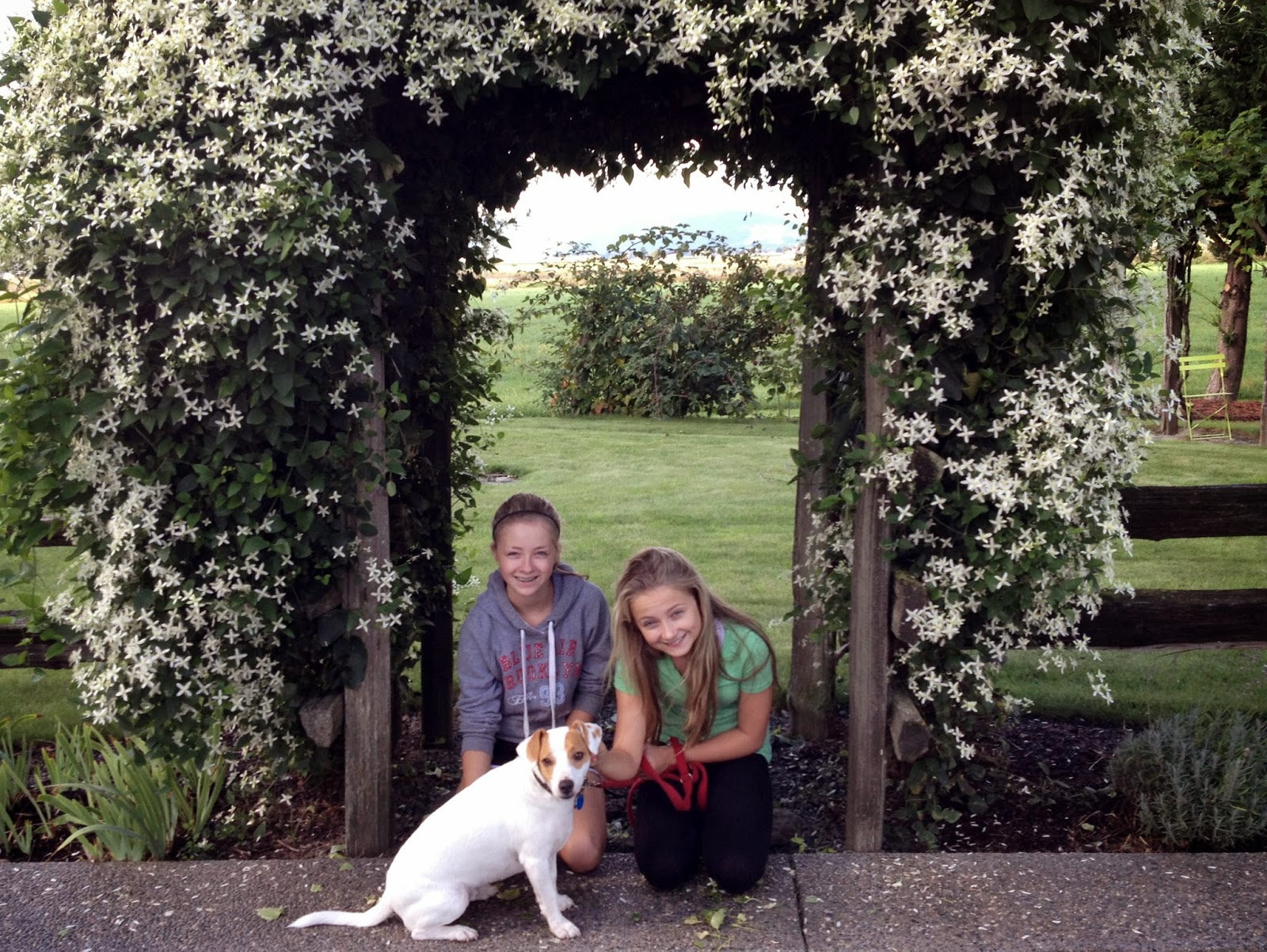 One would think that ten dogs should be sufficient...but the girls volunteered to babysit a Jack Russel Terrier this past weekend.  Just because.  They love dogs...those two!

Though September and summer will soon be distant memories...I am enjoying the last reminders of the season.  The 'sweet autumn clematis' is in its glory...a fragrant addition to the fall garden.

Wishing you all a Happy Autumn!