Though our trip to Israel seems a distant memory by now...this post is a bit of a postscript to my Holy Land' travelogue.  Our route home took us through Toronto...where we found ourselves with a good part of a day to spare before leaving on the last leg of our trip home.  Since we had never seen the city (other than the inside of the airport) we took the opportunity to do a quick sightseeing tour while we were there.

By now I have forgotten much of what I learned that day but let me share a few Toronto pic's 'just for the record'. 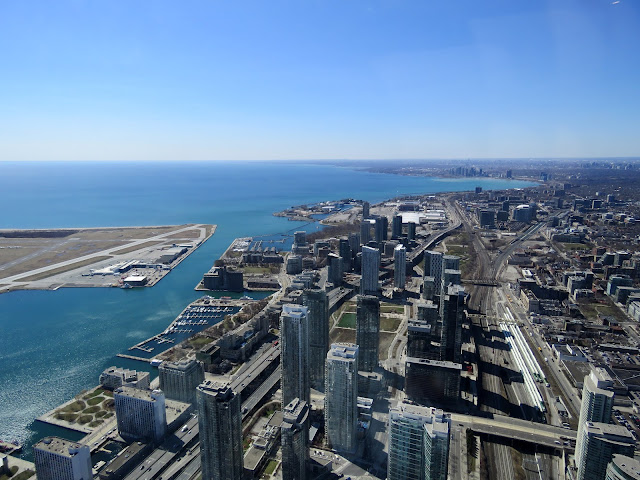 And that was the view of Lake Ontario and the Toronto harbourfront on a beautiful, clear spring day...as seen from the viewing deck of the CN Tower. 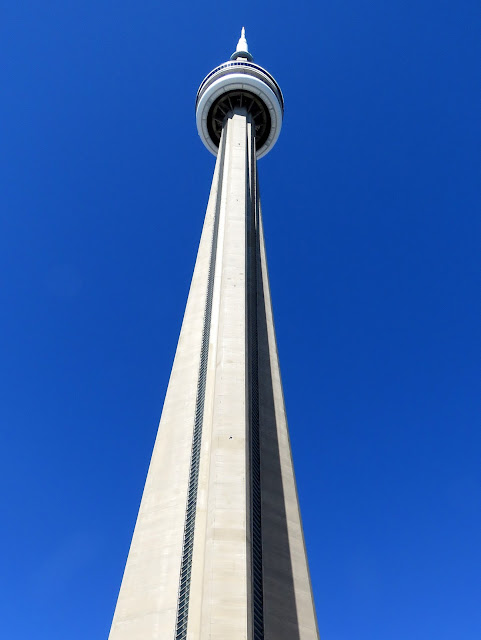 The CN Tower was the world's tallest tower when it was completed in 1976.  It was constructed on former Canadian National Railway lands...hence the name 'CN Tower". 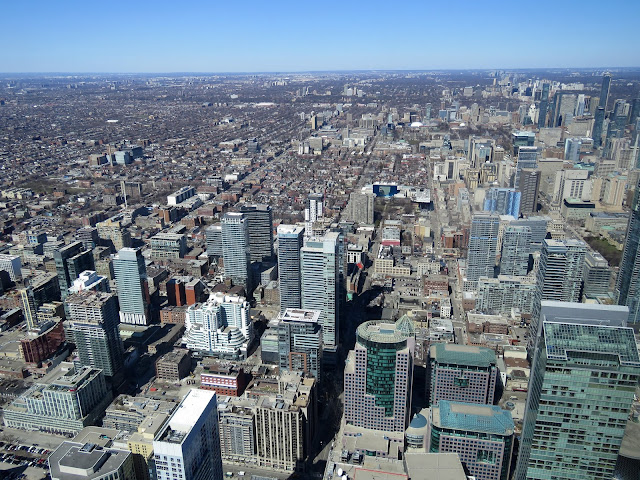 And on the other side...the view of downtown Toronto. 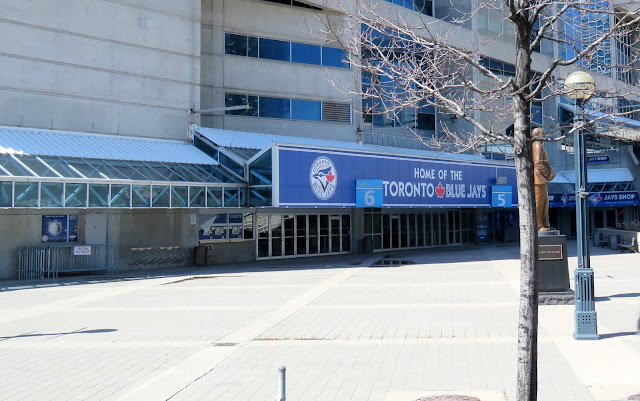 Taking in a Toronto Blue Jays game would have been nice...but we settled for seeing where they played! 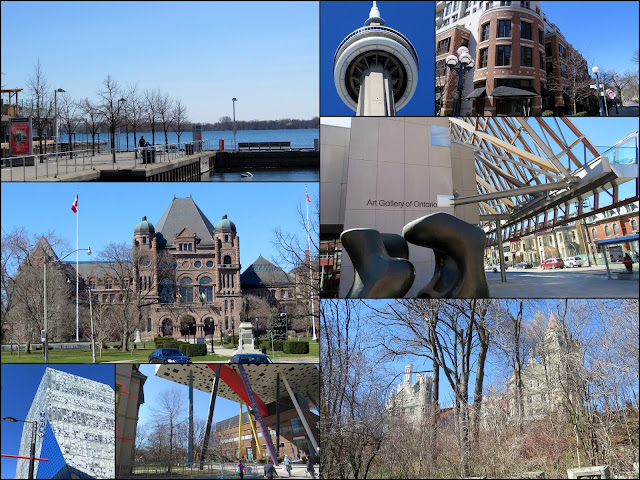 The hop-on/hop-off tour took us down Yonge Street and Queen Street...past the art museum and the shoe museum...past churches schools and castles.  I'll leave it that! 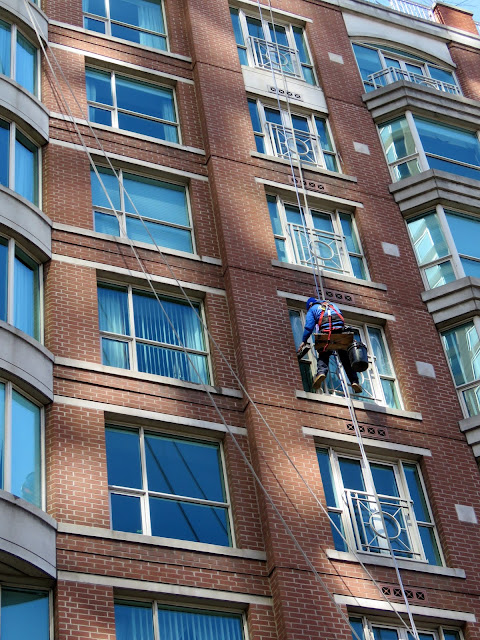 High up above the street...we saw someone who found another way to get a fabulous view of the city! 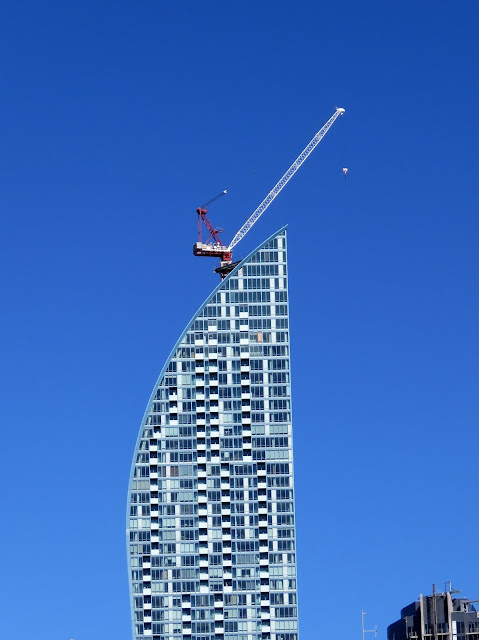 I'm not convinced that our tour guide had the full story behind this photo....about the crane that has been on top of the new high rise condo for months.  His version states that the builders had not thought of a way to get the crane down once the building was complete...and so it continues to sit up there...causing quite the controversy.  I'd like to hear 'the real story'! 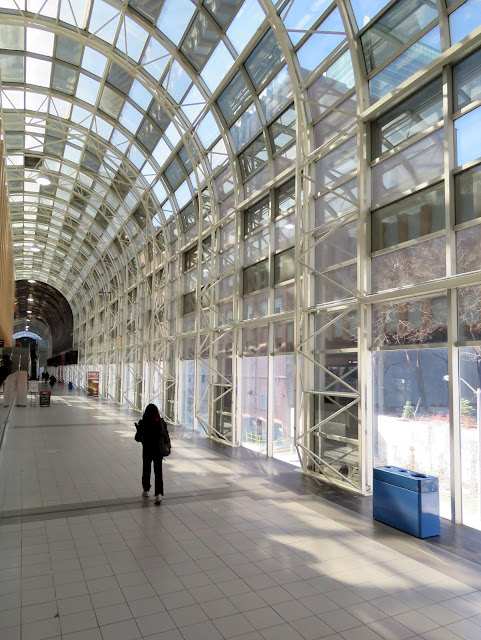 How was that for a quick tour of Toronto?  It was a lovely way to spend our day...have lunch in the city...and then take the express train back to the airport the same way we came. 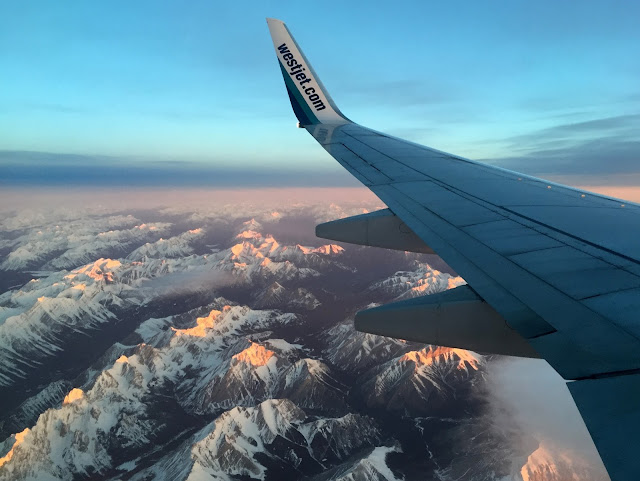 From there we 'winged our way' west...over those beautiful Rocky mountains and back home.  And that really is the finale of our trip to the Holy Land.