I know...I know. It is not the end of the month...and yet there is something new at 'my front porch'.
We just returned from a fun little excursion to Barkerville...and as I perused my photos I decided this trip needed a post of its own.  For my records!

Barkerville is gold rush town in the foothills of the Cariboo mountains of British Columbia.  While most towns along the gold rush trail have long since disappeared...Barkerville is still thriving.  It is a National Historic Site of Canada and has kept some of the the same 'gold rush fever' and excitement that was there over a century ago.

We found some friends who were game to join us...traveled up the Fraser Canyon...through the historic town of Yale...through seven tunnels (with interesting names like China Bar, Saddlerock, Alexandria, Sailor Bar,and more)...past Hell's Gate and on through Cache Creek, William's Lake and Quesnel.  From Quesnel we drove fifty miles east to the end of the trail (highway 26)...watched for bear (saw three) and imagined all those who made this trek on foot so long ago on foot. 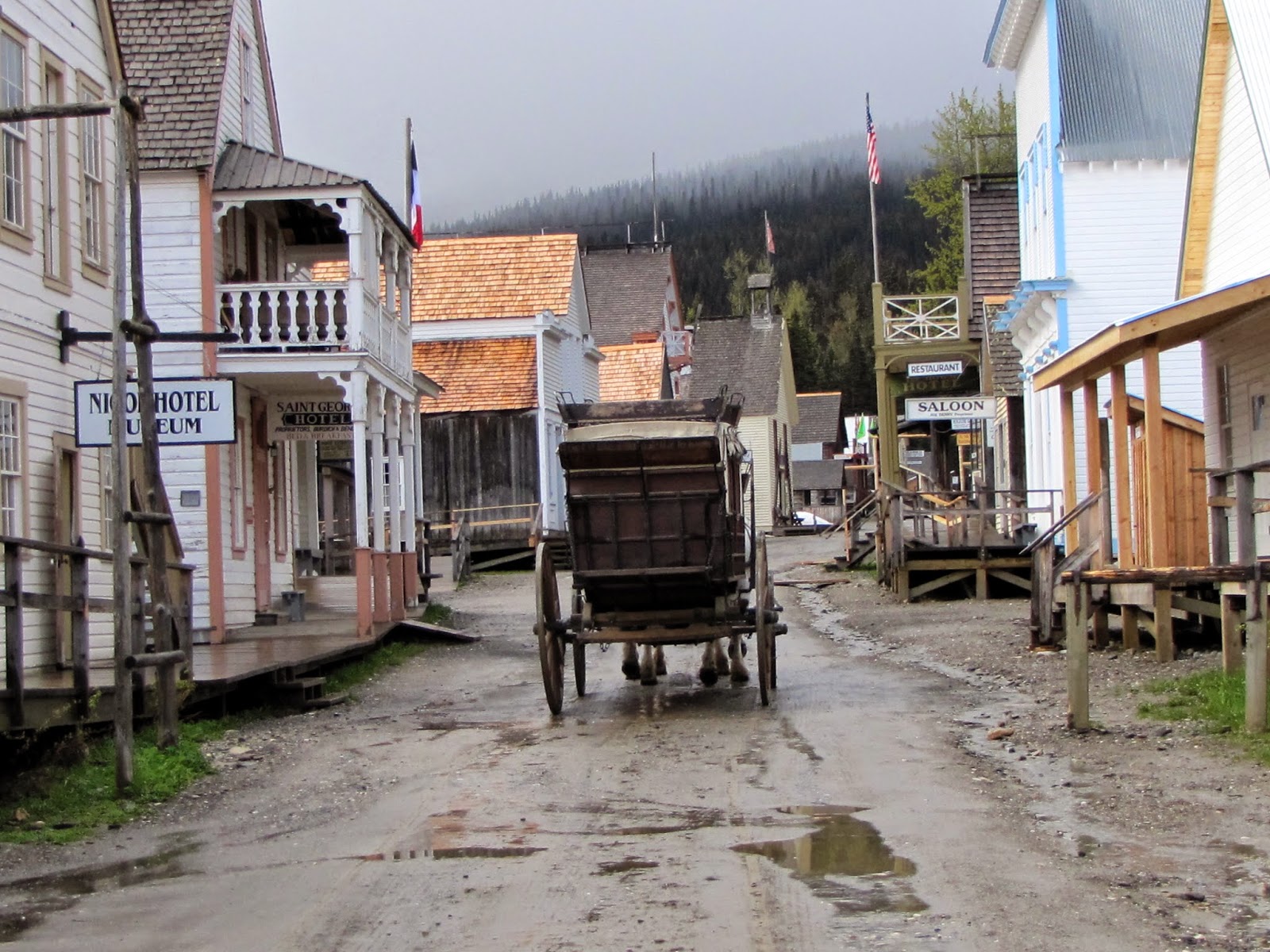 We arrived in Barkerville late afternoon...and discarded our car outside the 'city' gates.  Of course there are no cars in Barkerville!  We were taken by stagecoach to the 'home' where we would be spending the night. 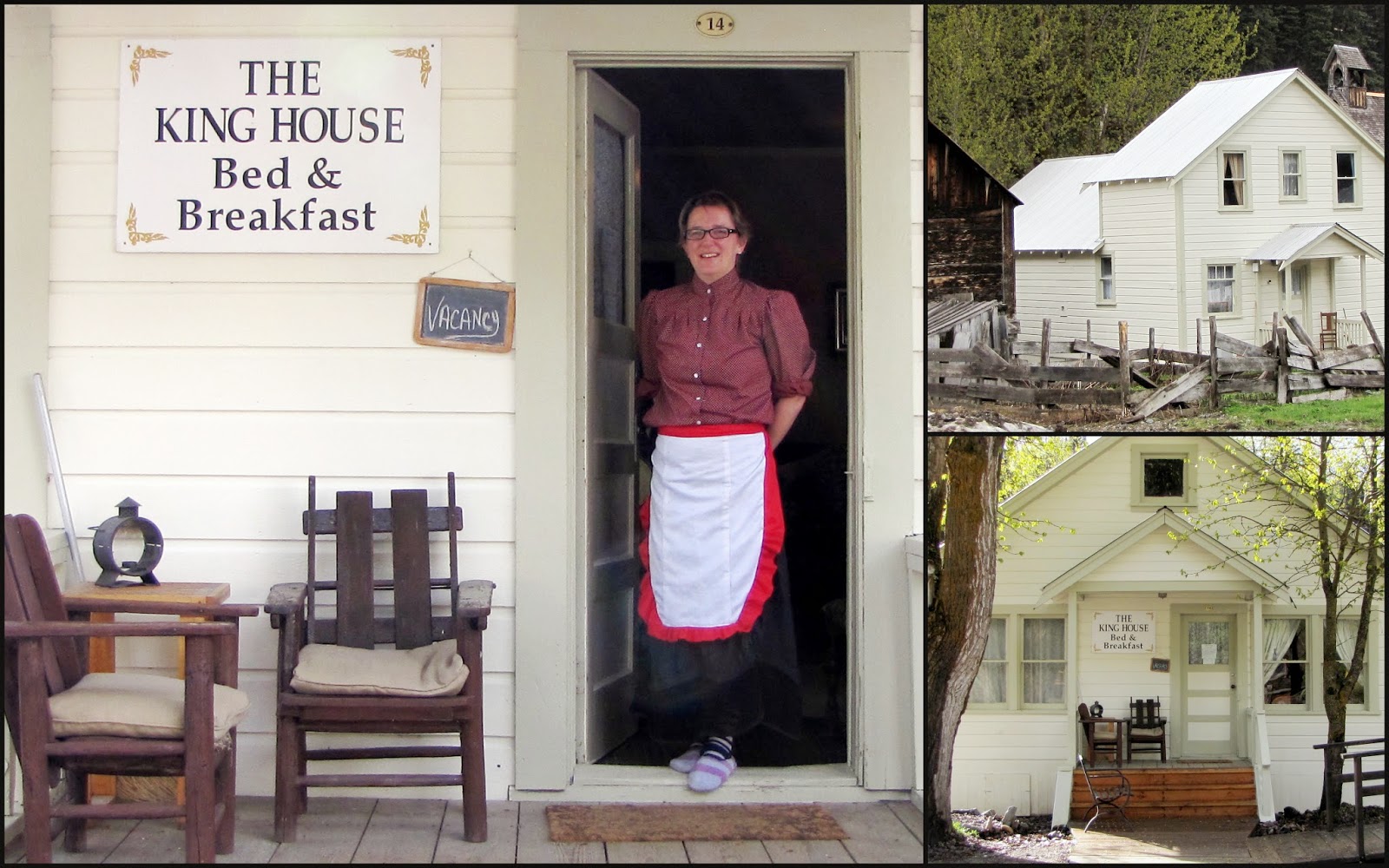 Staying at the King House Bed and Breakfast was all part of the experience.  A good part! It included feather beds, an evening of Mexican train, and a wonderful breakfast cooked up by our hosts (Dana pictured above). 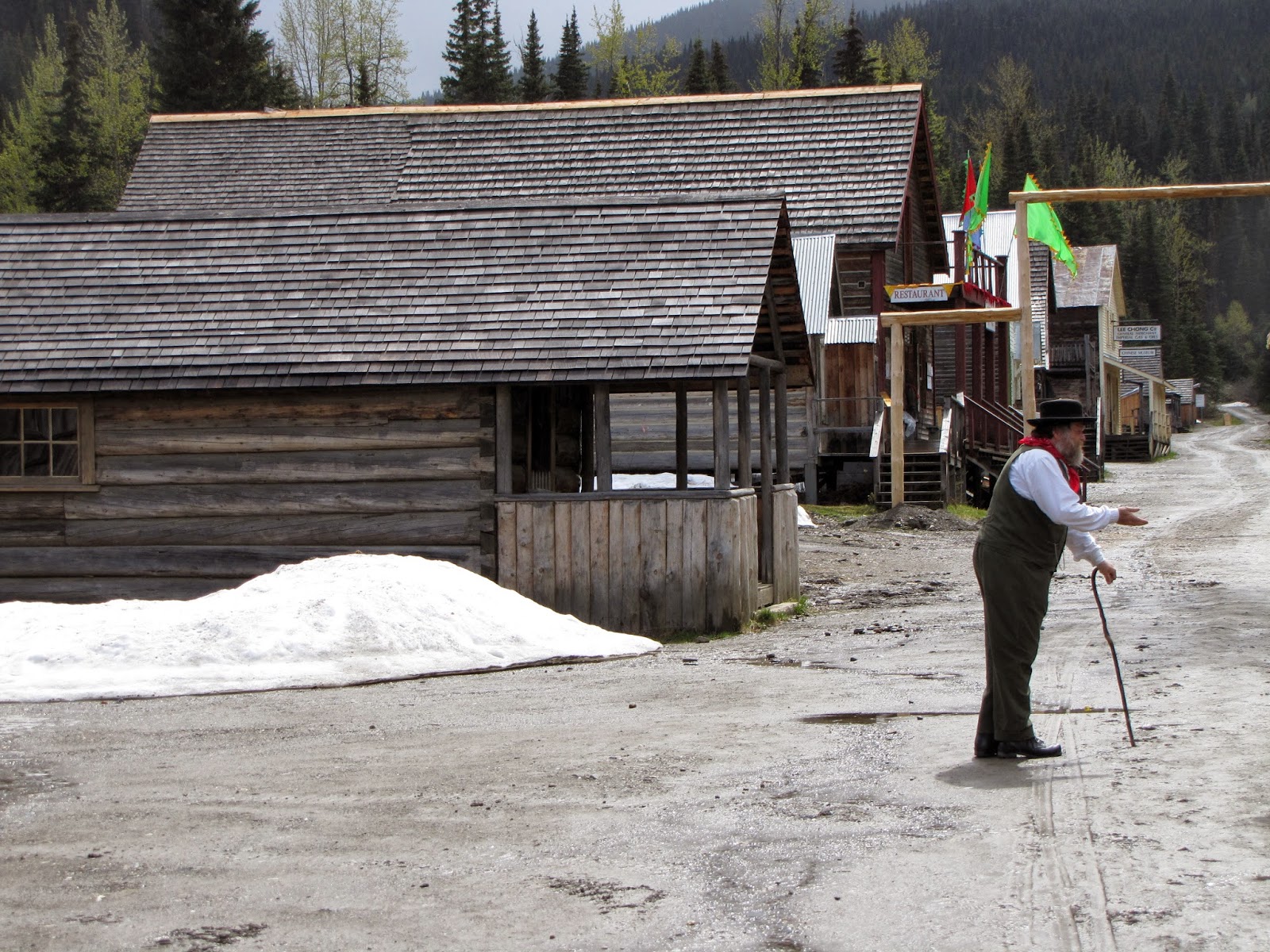 Billy Barker himself was out on the street.  He arrived here in 1861...coming down the Williams Creek valley in search of gold.  His claim was the richest and the most famous (yielding 2,350 pounds). The entire town grew up around his claim and was was later named after him. 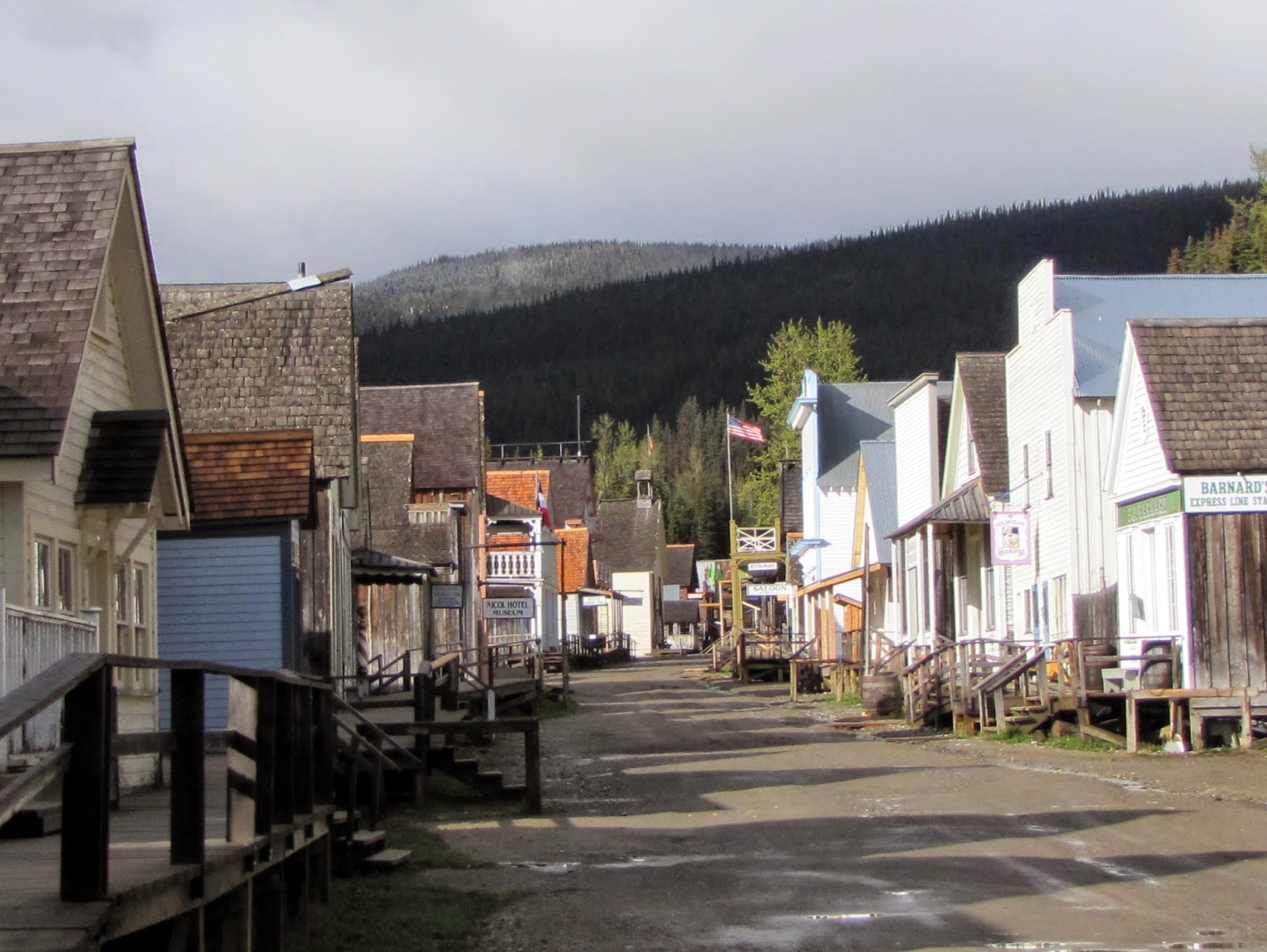 Today the historic town appears as it did in its heyday...boasting 121 reconstructed and original buildings along with a large collection of artifacts and treasures from the gold rush days. Notice the fresh snow on the mountain beyond the town.  We were rather surprised to find snow on the ground between the buildings...and fresh snow on the surrounding hills.  We discarded the shorts and sandals on arrival...and opted for jeans, hikers and jackets! 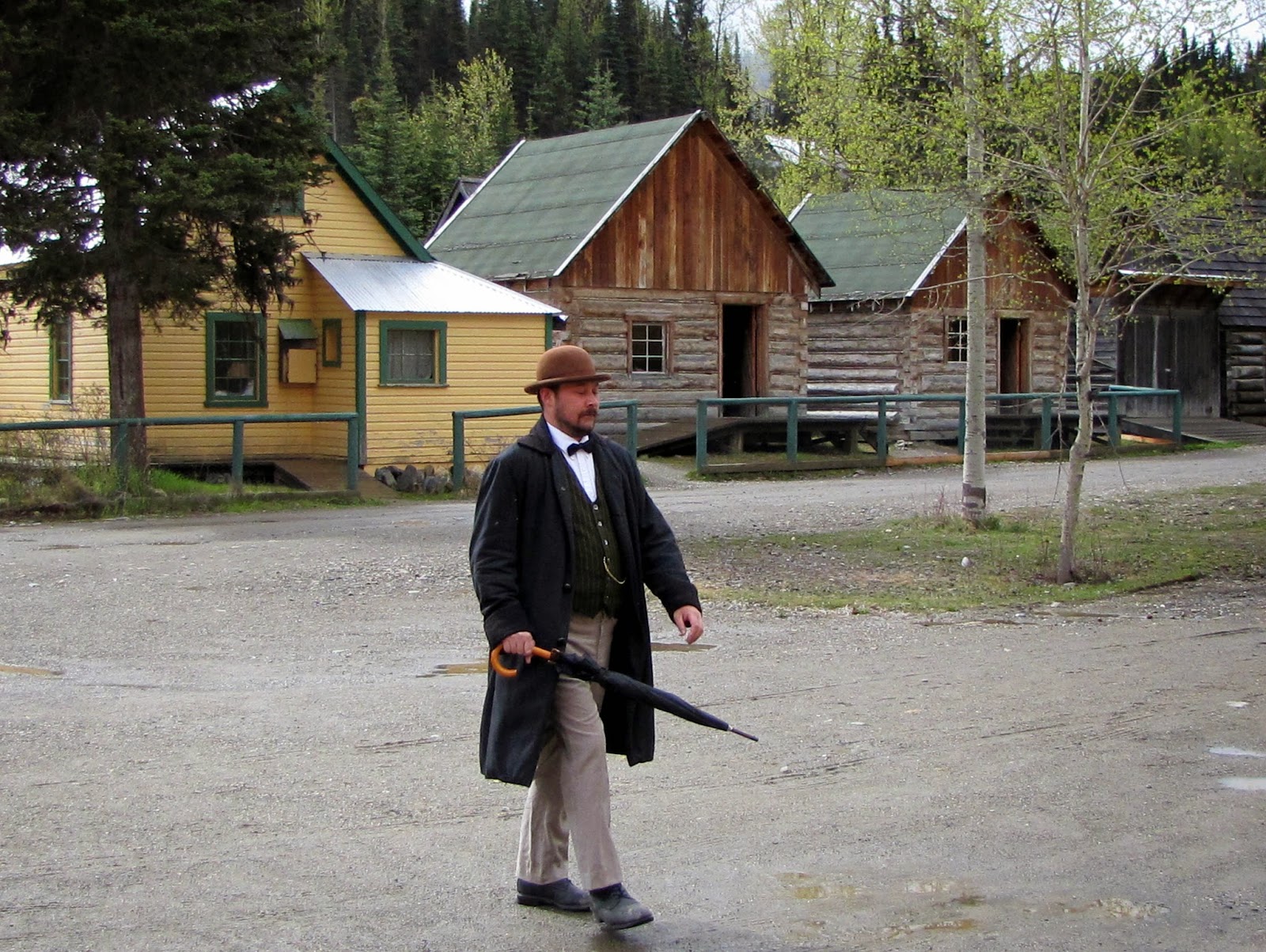 We took a tour of Barkerville...with one of the colourful characters of the past. 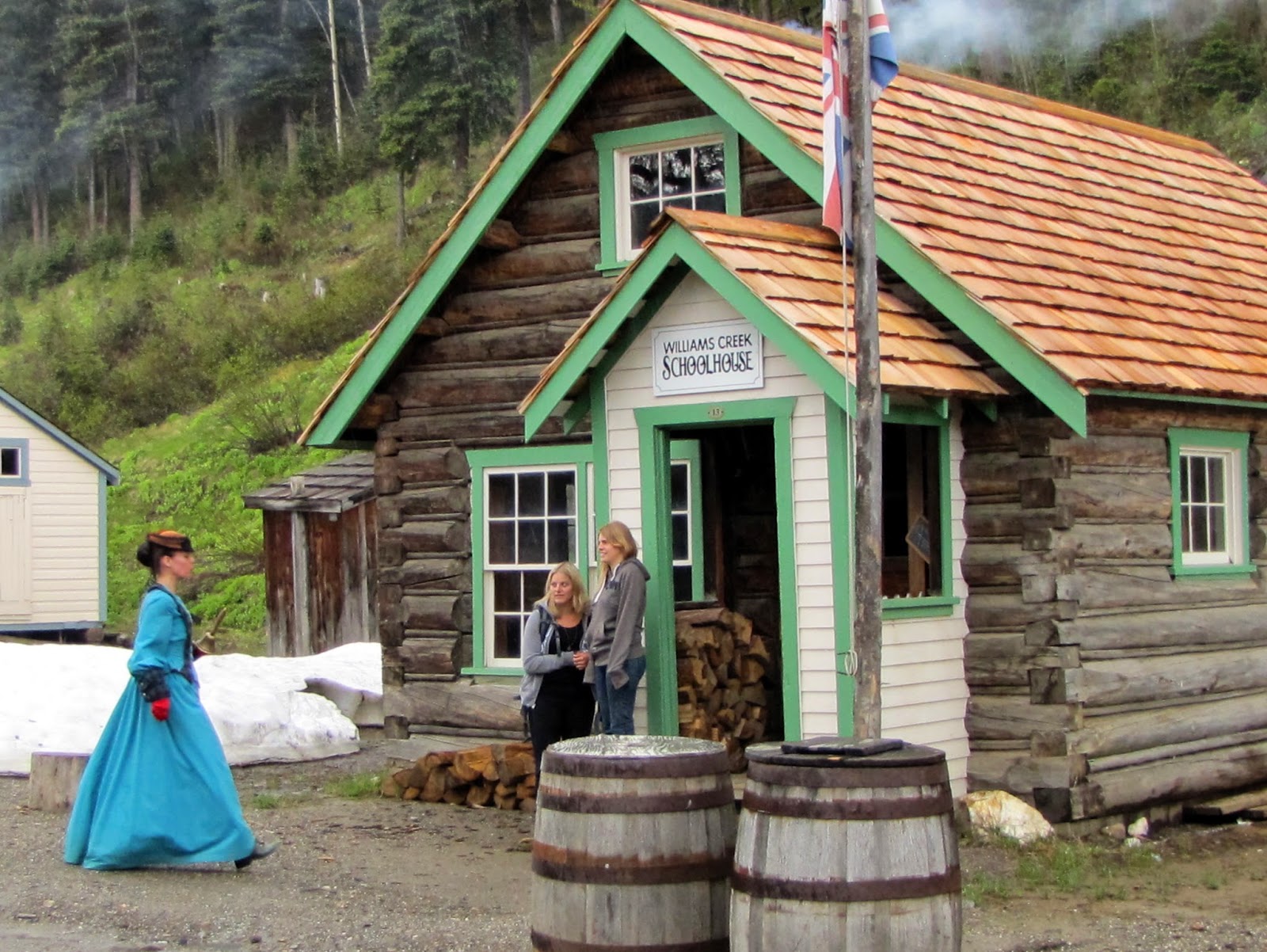 We were free to visit any of the buildings.  The schoolteacher was just returning to her post...and chatting with two young gals from Switzerland...Eva and Melanie.  They stayed at our B and B and we had fun getting to know them.  They had hitch-hiked to Barkerville and shared their travel tales with us. 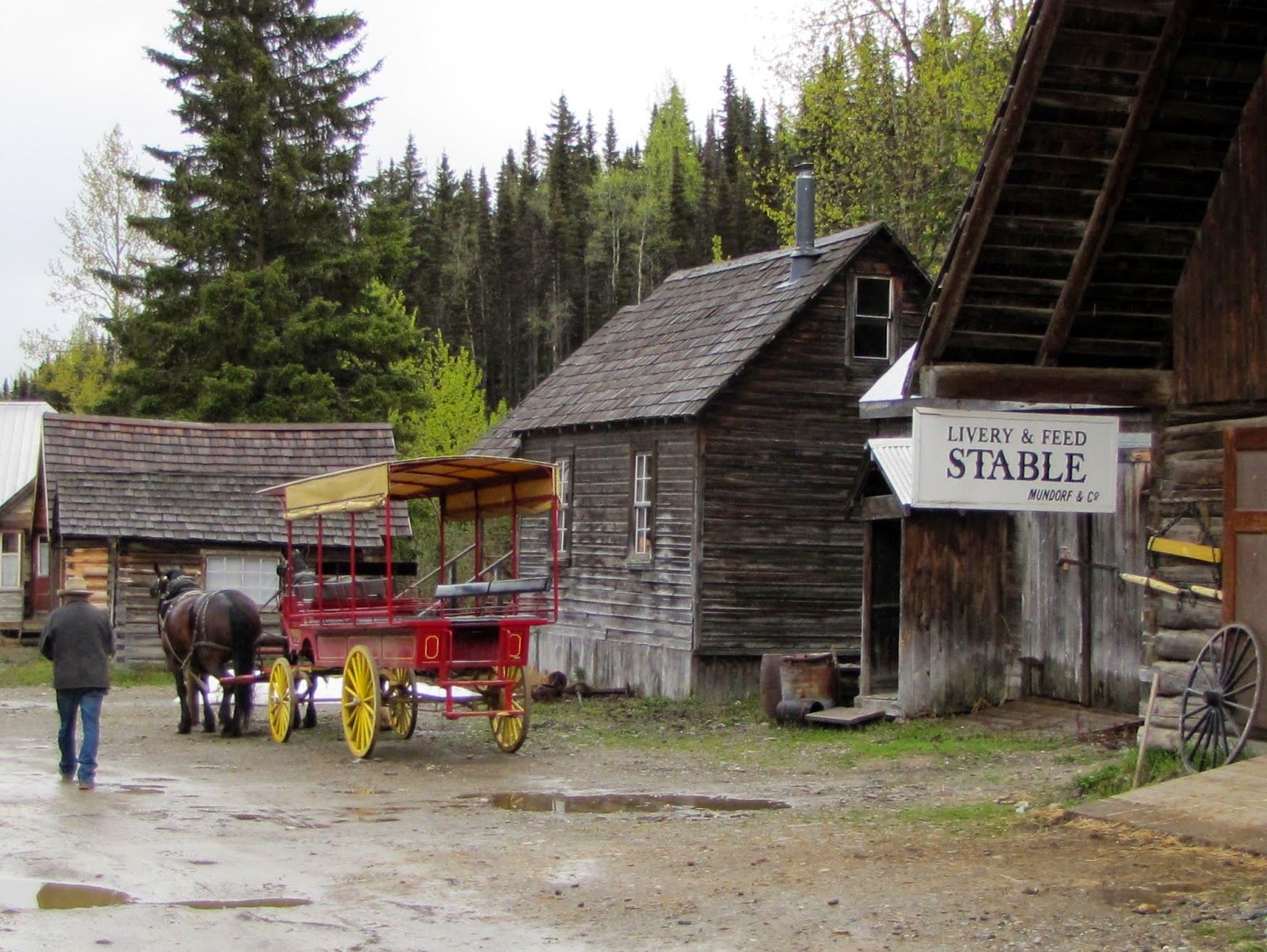 For those who tire of walking... 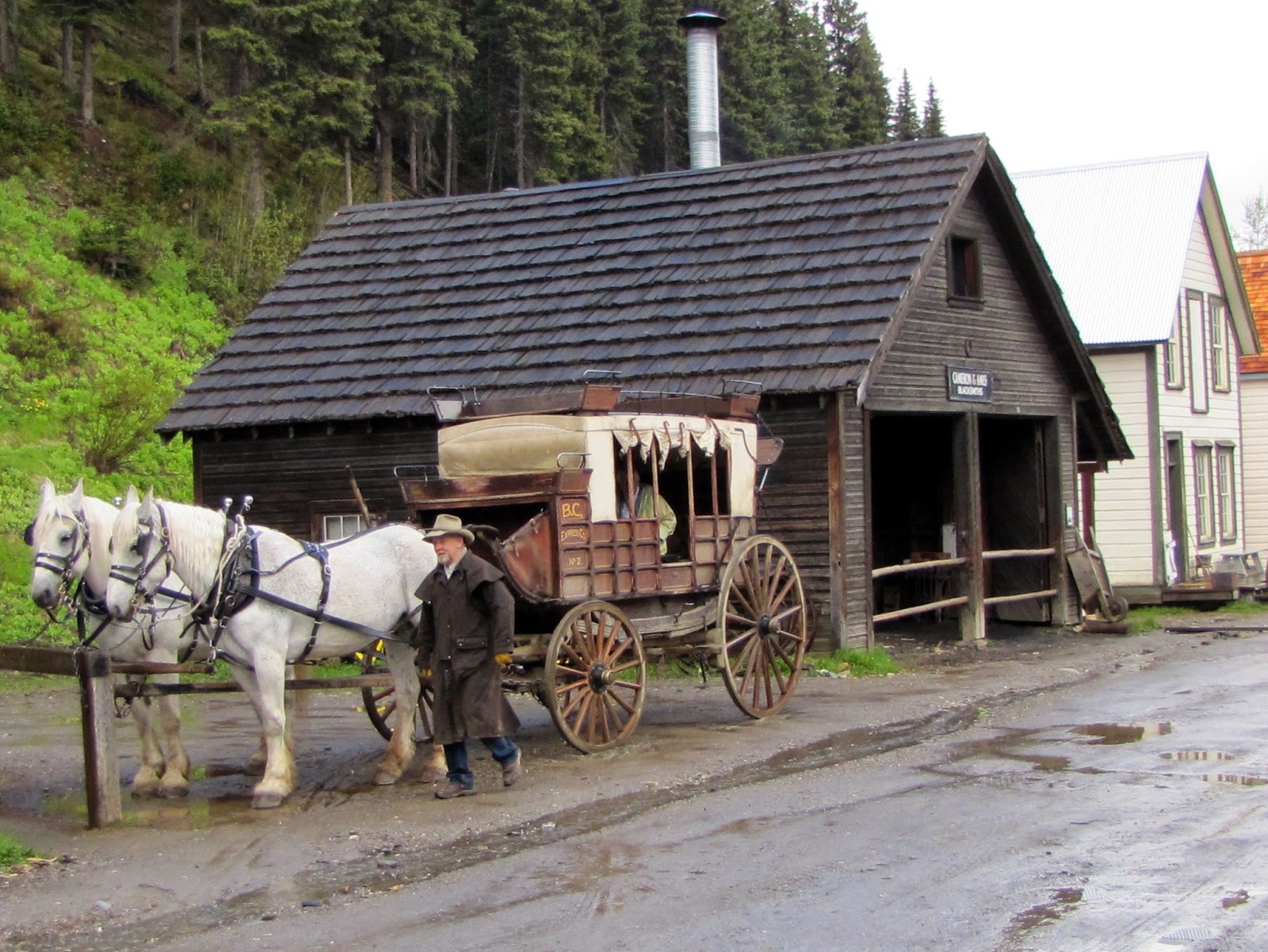 ...they have a great public transit system in Barkerville! 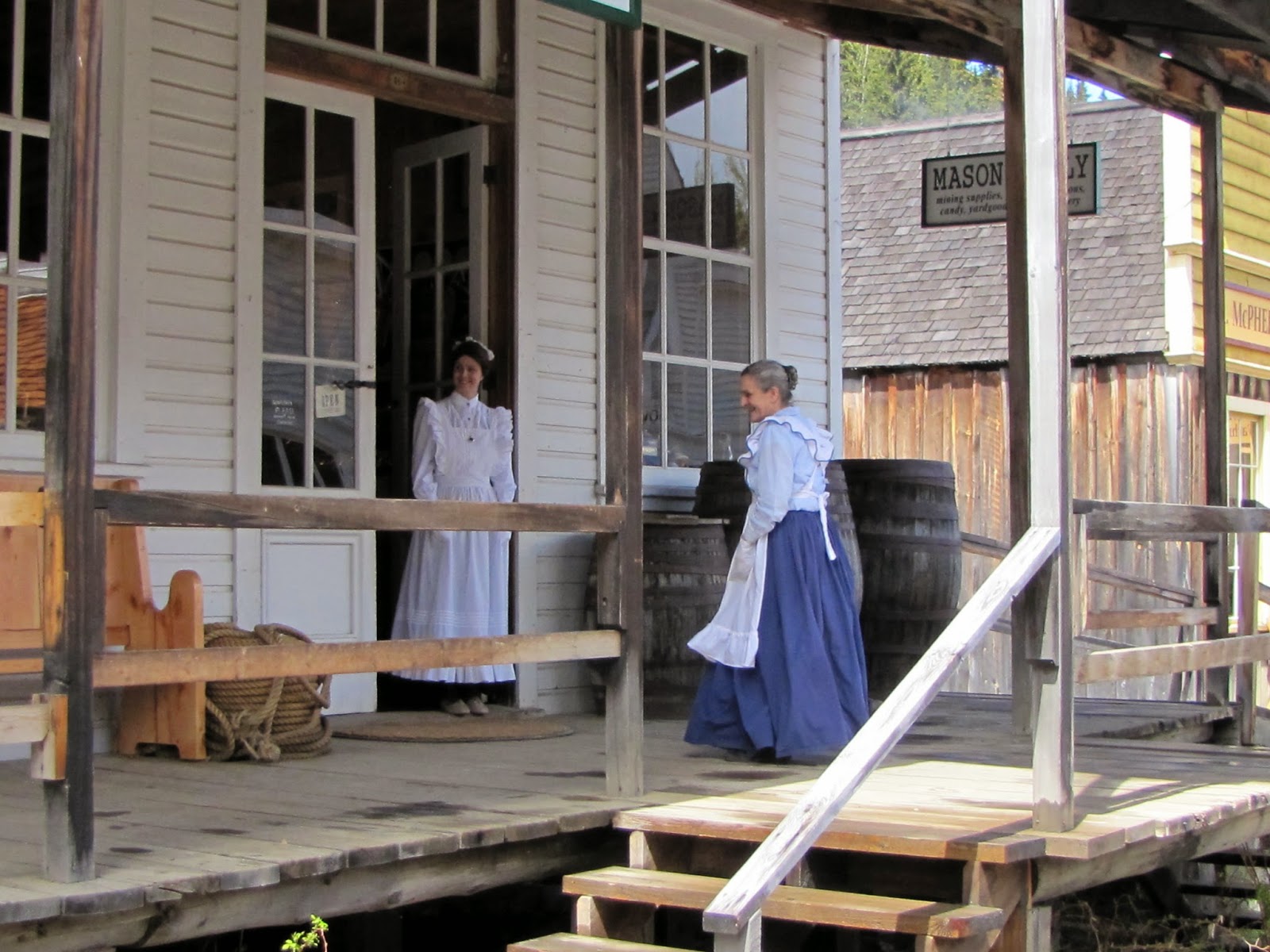 I'm sure all the proprietors of the various businesses thought we were quite under-dressed. 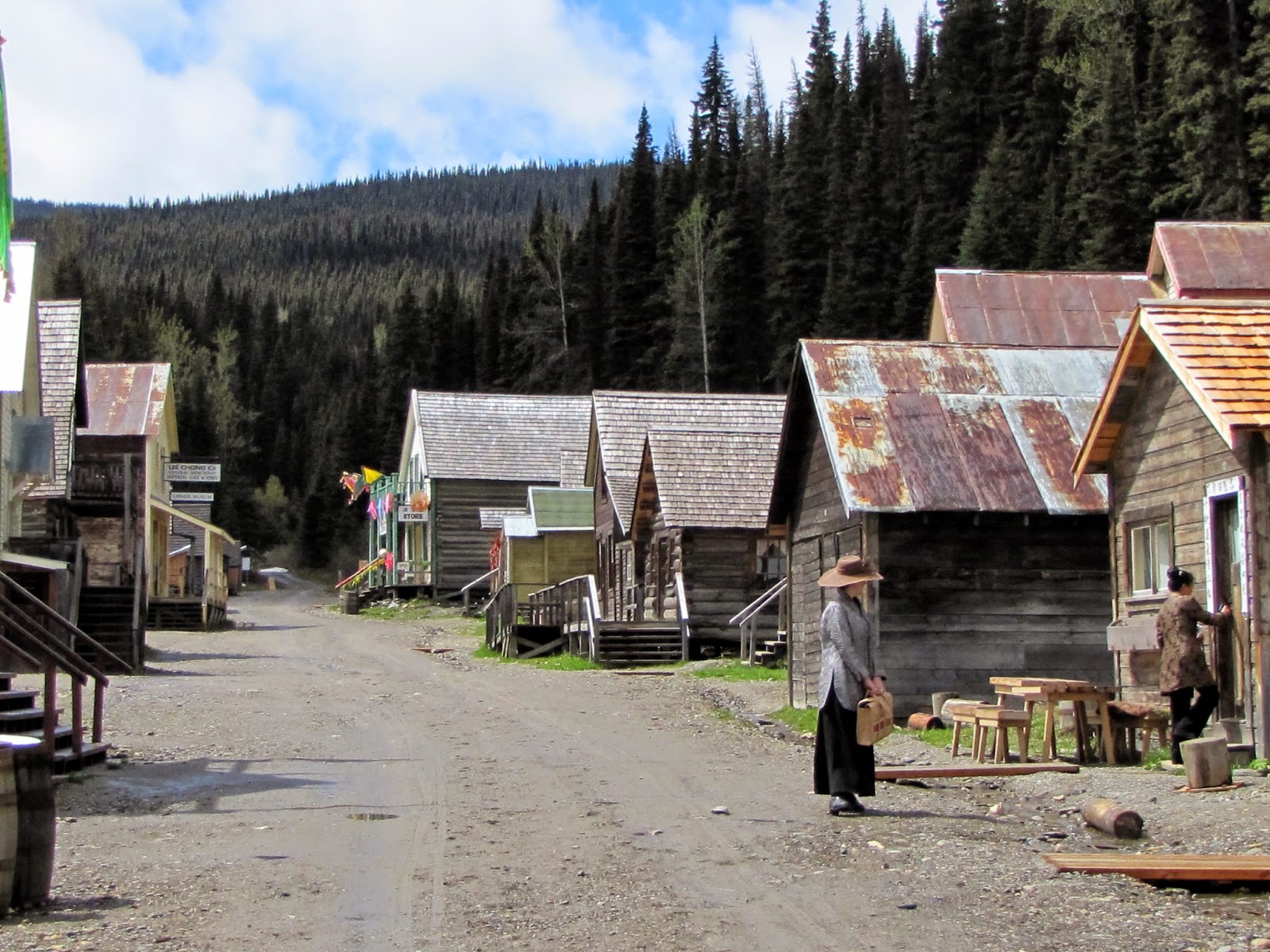 We took a tour of one of Canada's oldest Chinatowns...where over 5,000 Chinese lived at the height of the gold rush. 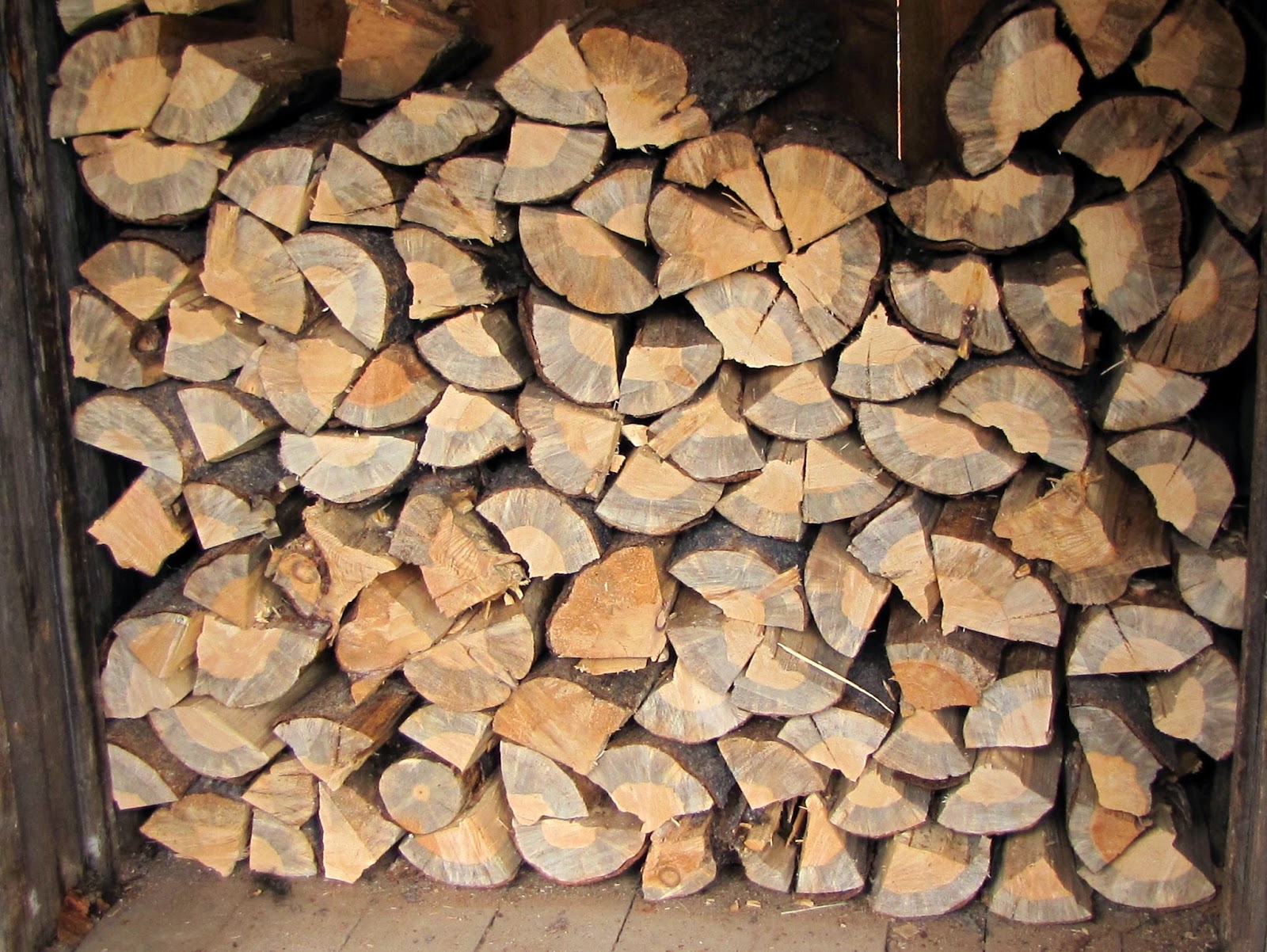 Wood-burning is frowned about in many parts of our country...but in Barkerville it is the main source of heat.  Beside every establishment was a tidy pile of wood.  We noted that the wood had the blue-grey circle around the logs...caused by the mountain pine beetle which infested the forests of British Columbia in recent years. 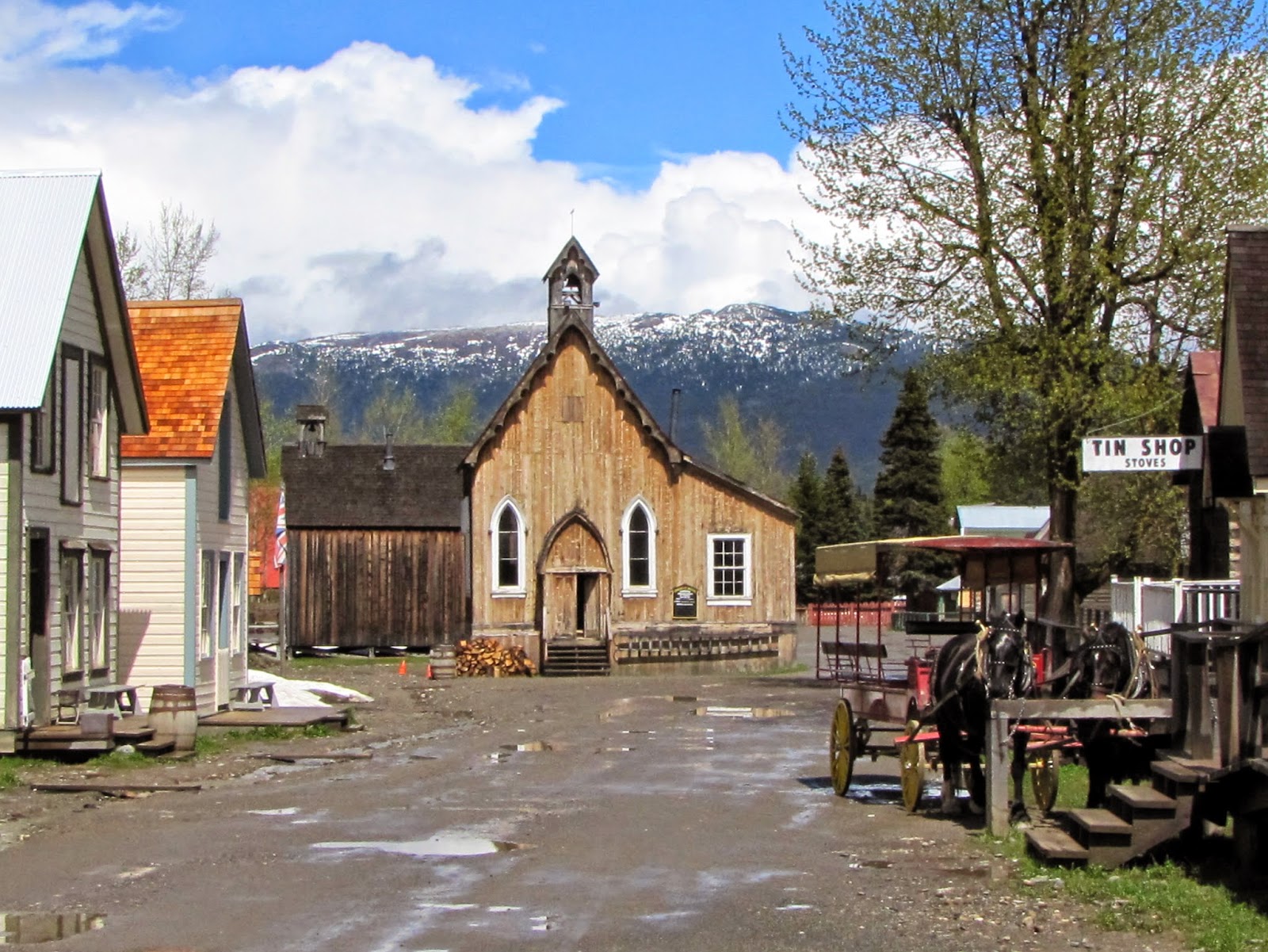 Two churches stood side by side...and we visited them both.  Since Judge Matthew Begbie's Richfield courthouse was still under snow...he was holding court in the Methodist church.  We learned a little about the early justice system of British Columbia as well as a bit about the infamous characters that made their home here. 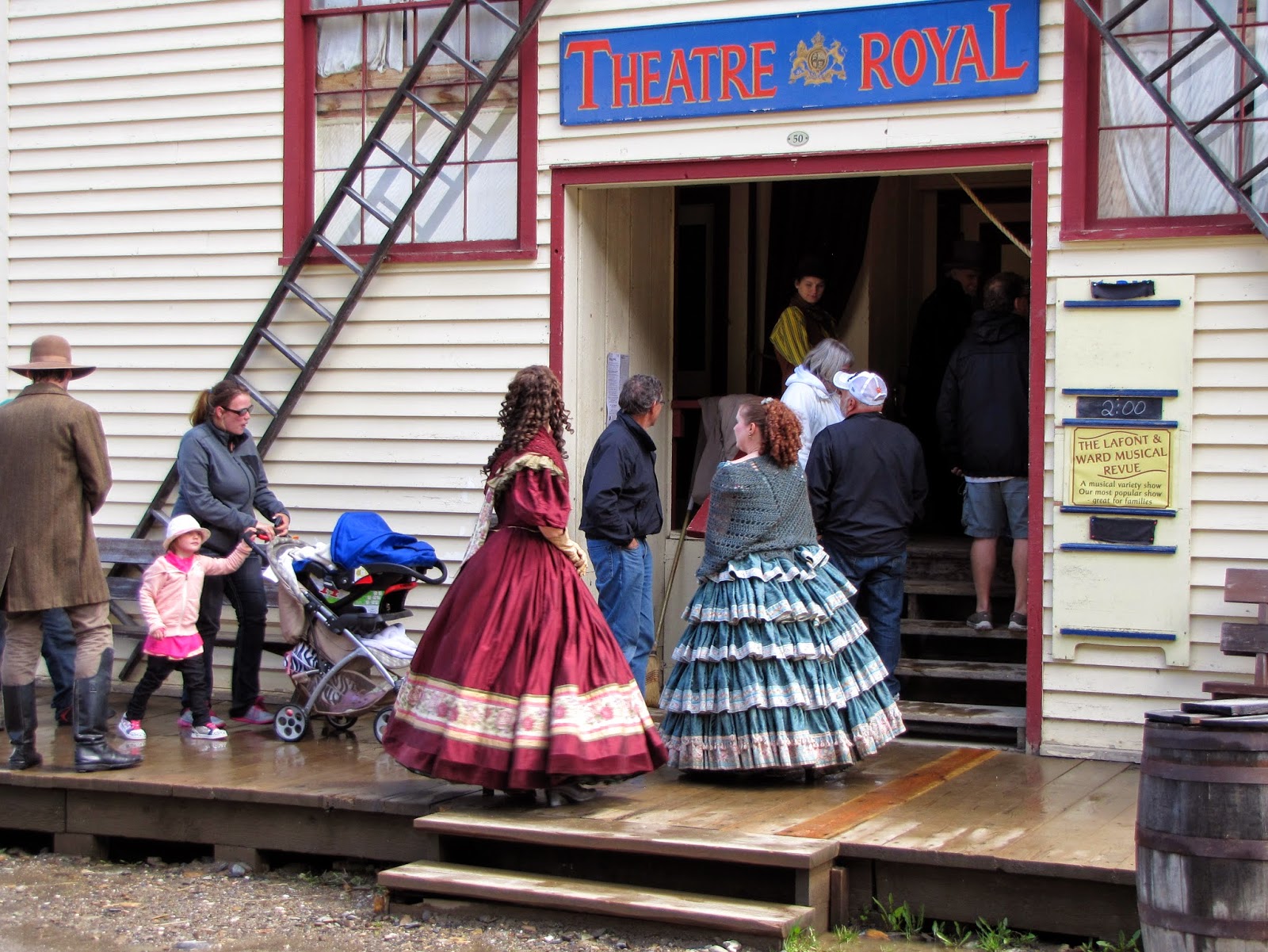 The afternoon theatrical production was so well done...a musical glimpse into the life of the town during those days! 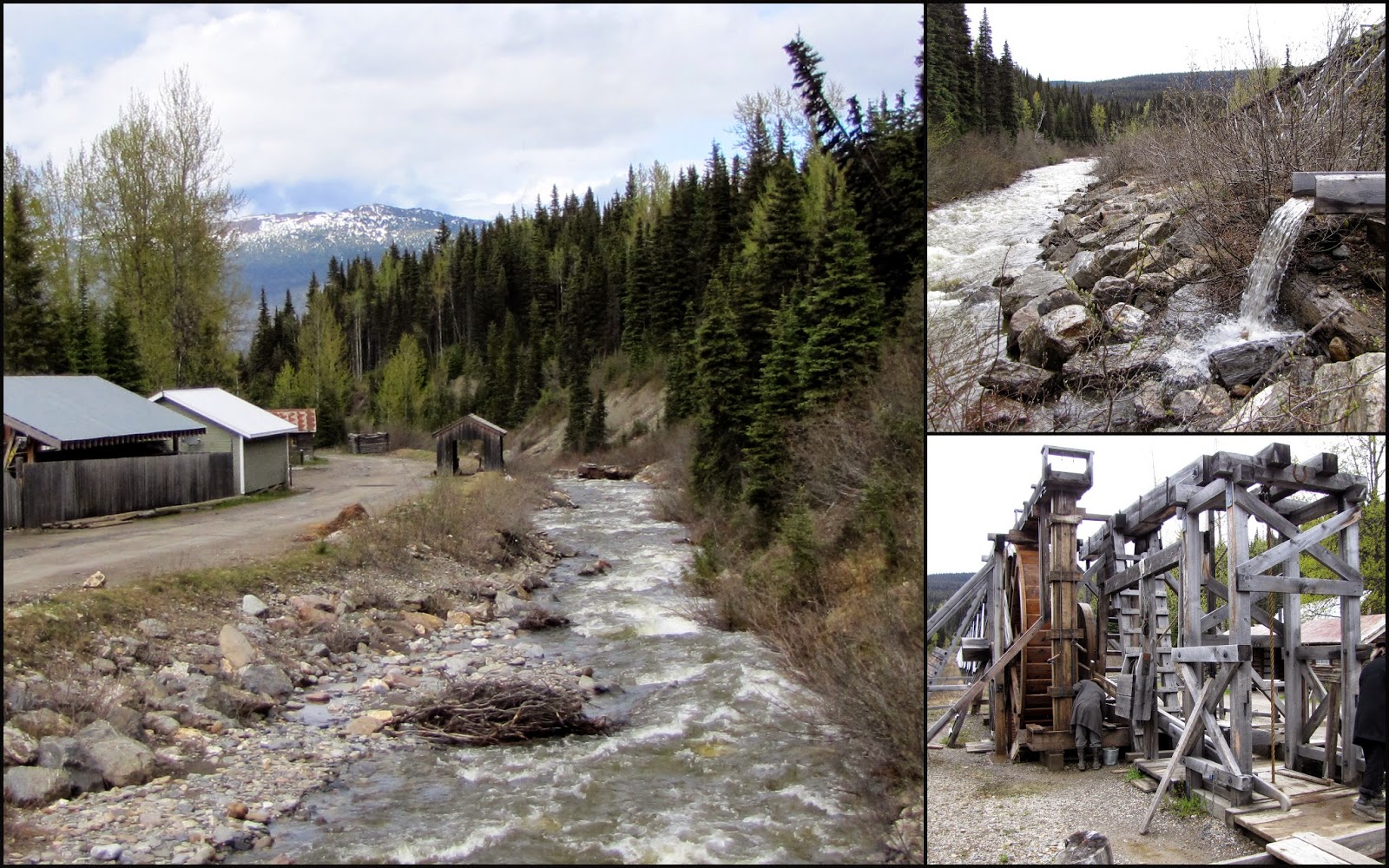 We watched a waterwheel demonstration down at Williams Creek...a re-enactment of how gravel and gold is moved from below ground to a sluice box...where water from the creek separates the two.

Before I end my tour of Barkerville...let me just tell you about the restaurants in town.  We thoroughly enjoyed our dinner at the Lung Duck Tong Chinese restaurant (the name in itself is a mouthful!).  The hot chocolate at the House Hotel Coffee Saloon warmed us up between tours... 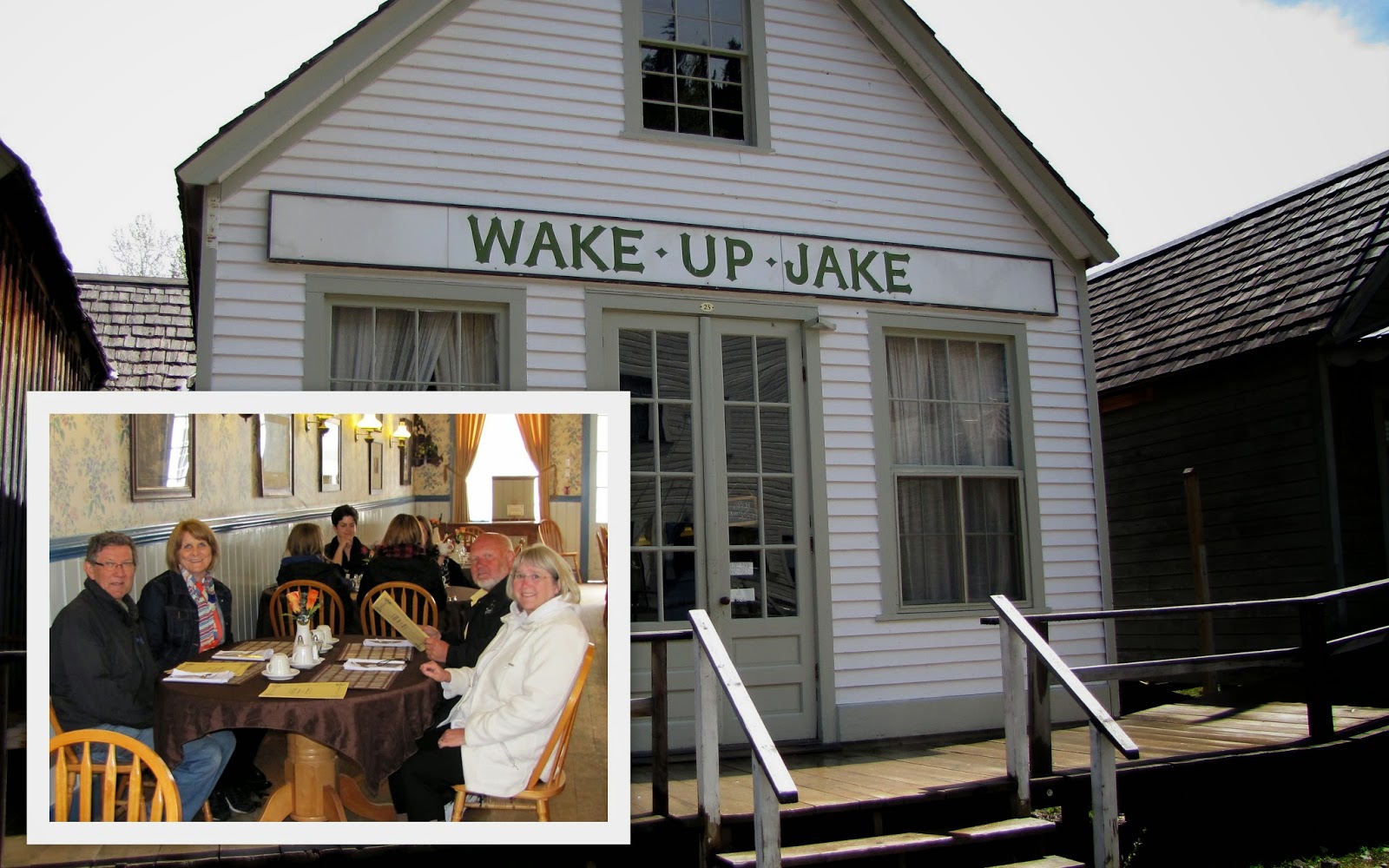 ...and we lunched at Wake Up Jake's. This establishment first opened in Barkerville in the early 1860s and operated into the 1870s. In 1960 a reproduction building was constructed on the original site as a Victorian-style restaurant.  Great name...don't you think? 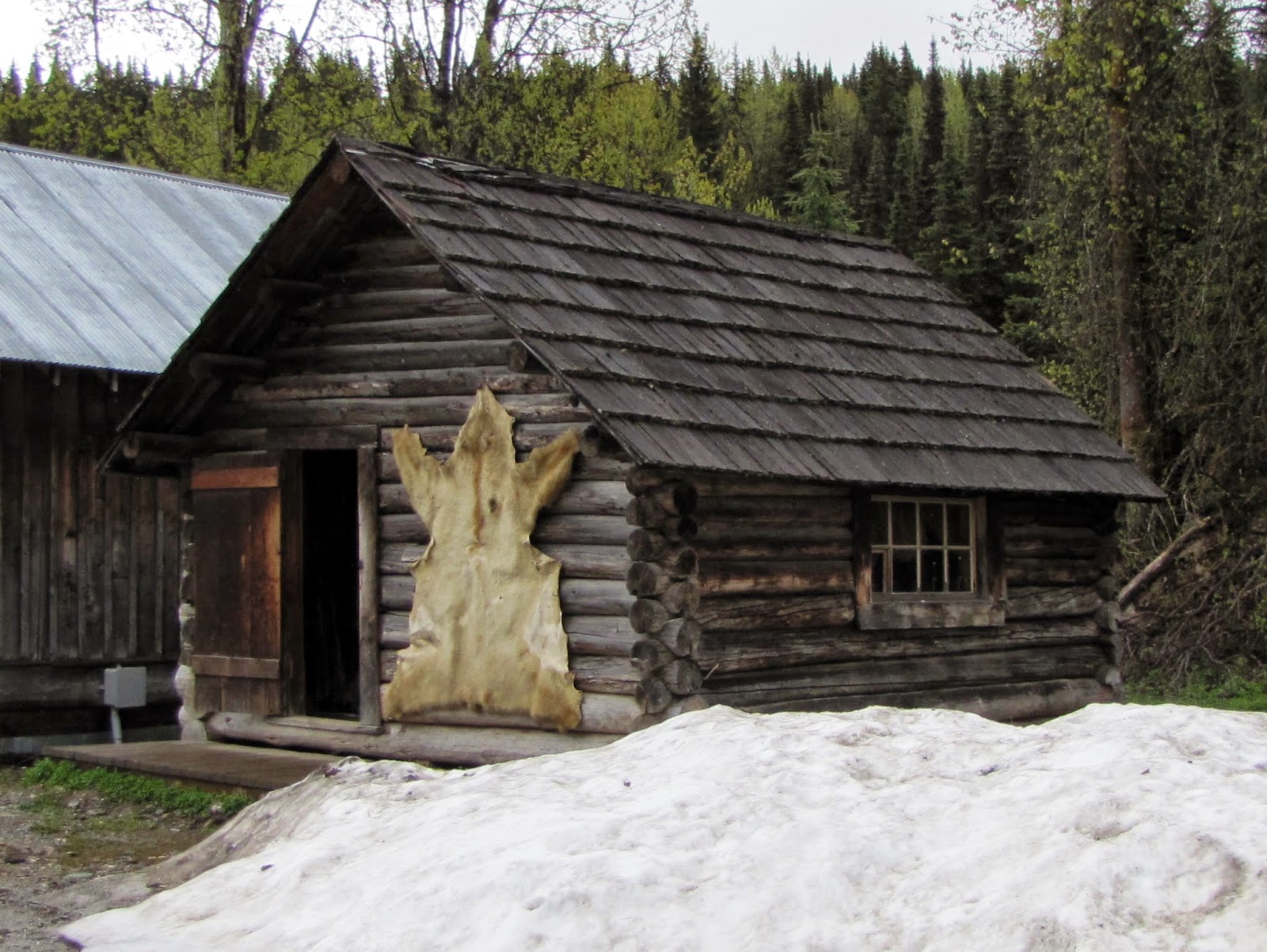 We had a most enjoyable and educational (and cool) time in Barkerville.  Now let's see how long we can remember all those historical nuggets of our provincial past.

At the end of the day...we drove back to Quesnel for the night.  We walked the paths along the mighty Fraser River in the evening.  And then we walked across... 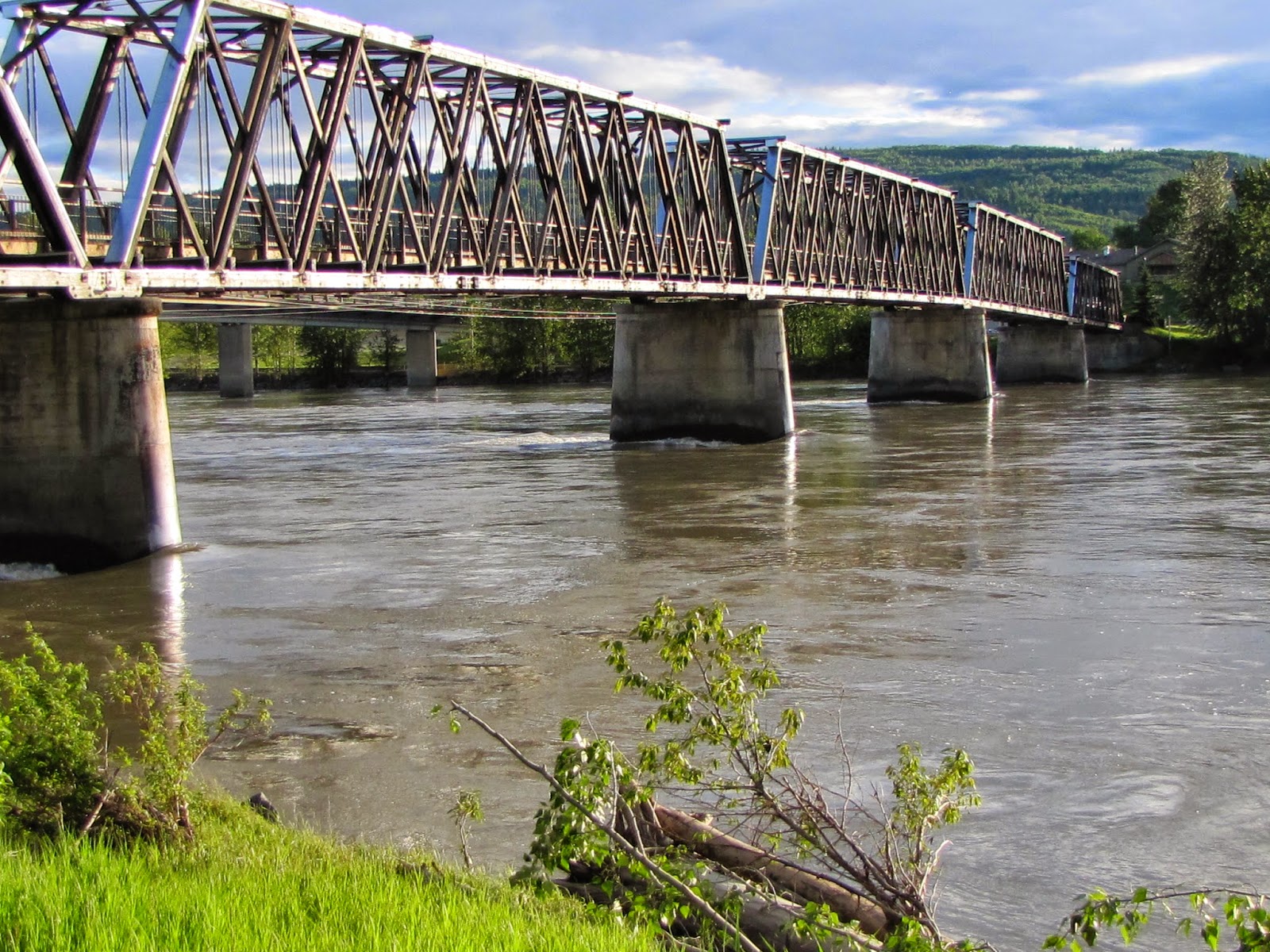 ...on the historic footbridge which is the longest wood truss walking bridge in the world (253 metres/831 feet). Originally built in 1928 to replace the canoes which served as the ferry system of the day...the bridge was retained as a walking bridge after the construction of the Moffat Bridge in 1960. 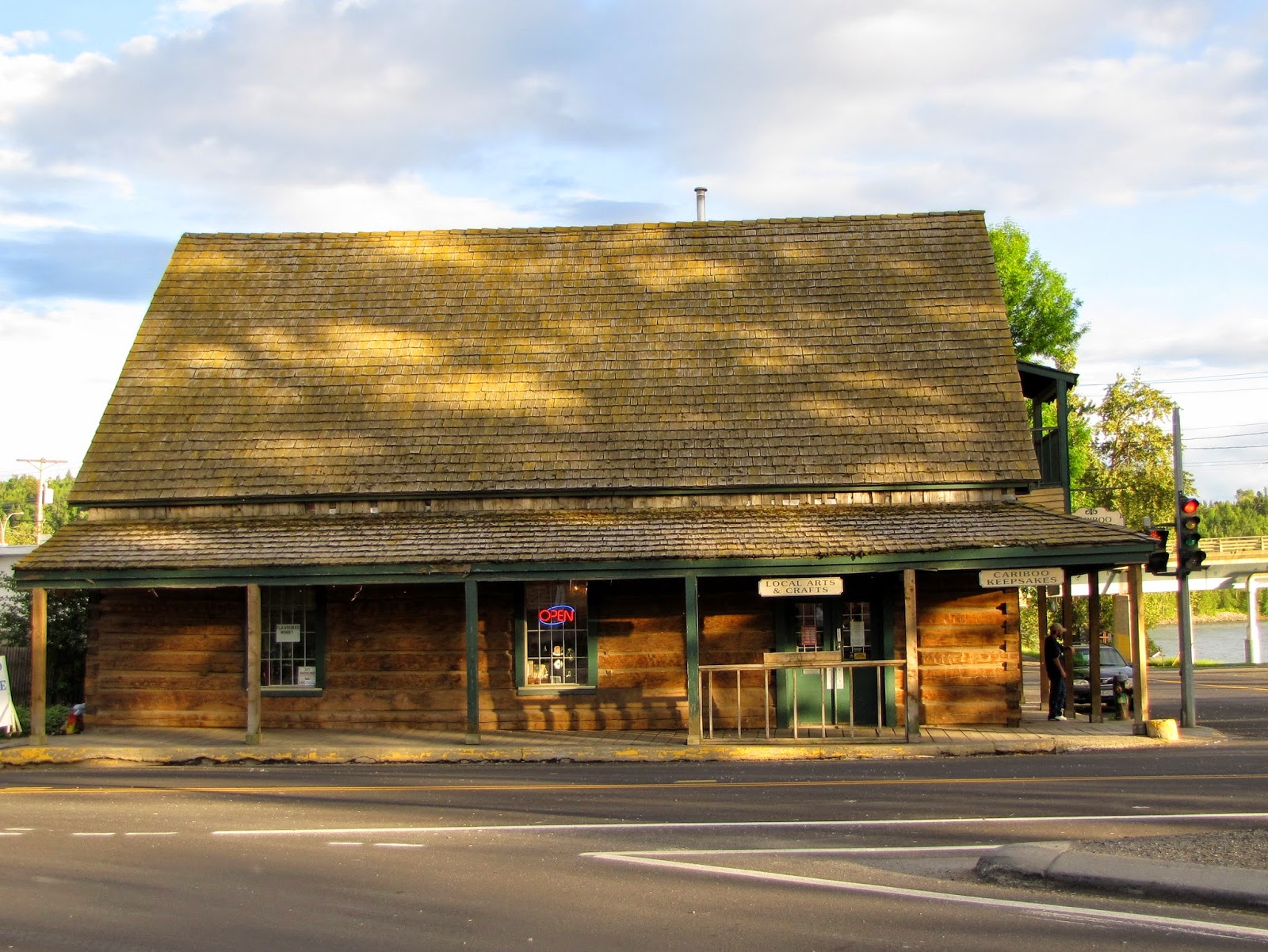 Quesnel was (and still is) the commercial centre of the Cariboo.  The original Hudson's Bay Trading Post opened here in 1867 and is now operating as a gift shop. It is the oldest building in Quesnel...a designated historic site.


One more stop before we head for for home... Pinnacles Provincial Park...just a few miles outside the city limits. 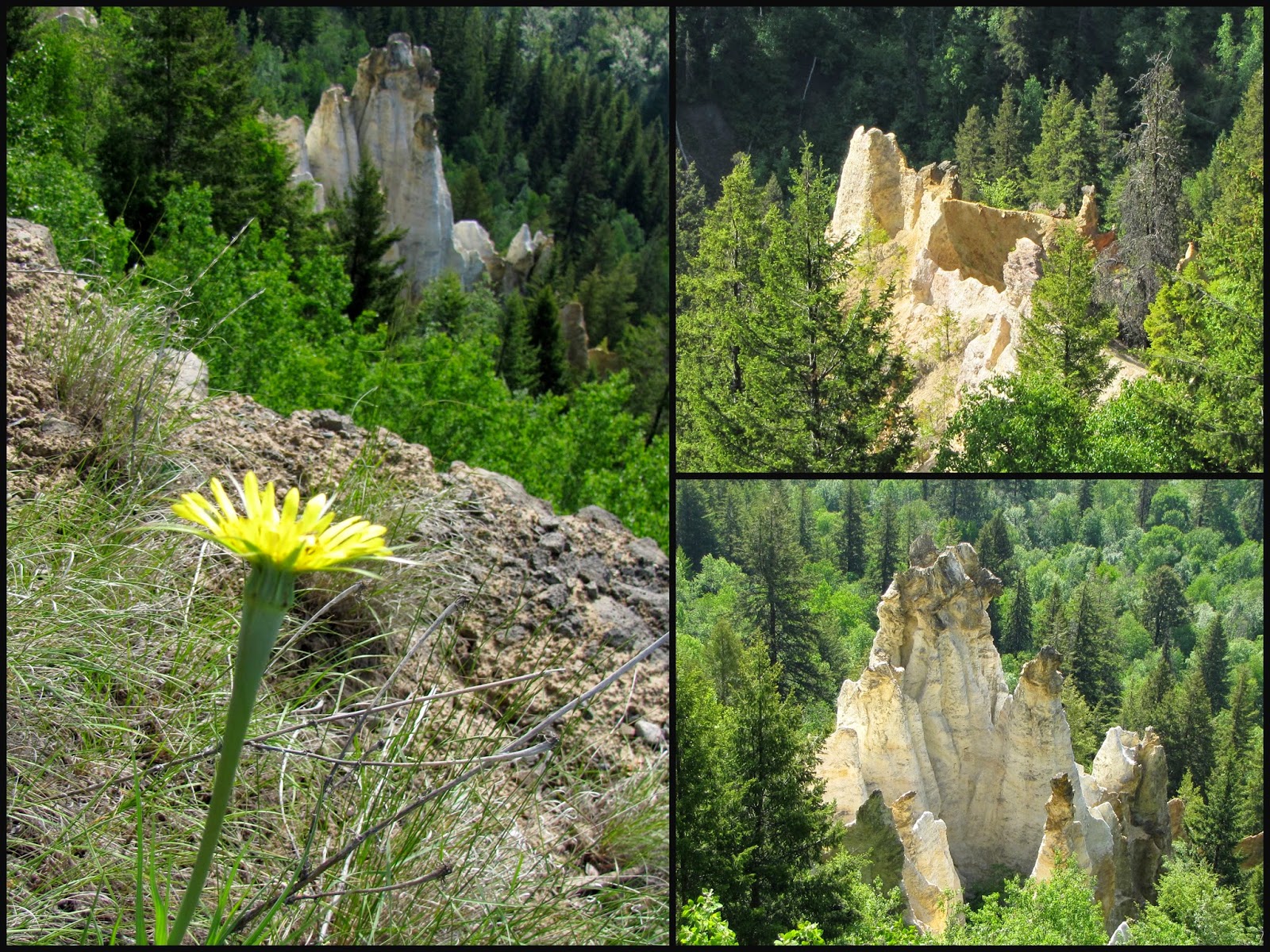 It is best known for its hoodoos...intriguing ancient geological rock formations.  A short hike took us to the viewpoint...from where we could see the pinnacles below us as well as a picturesque view of Quesnel.

And with that I will end my tour of the Cariboo...highlighting Barkerville and Quesnel.  There is much to be seen and learned so close to home!