Just for my own memory bank...I am doing a mid-month post.  It's all about snow...and more snow. And then some. Oh yes...and a lot of ice on top of that!  Let's start with the last snow storm of this winter that began last Friday. 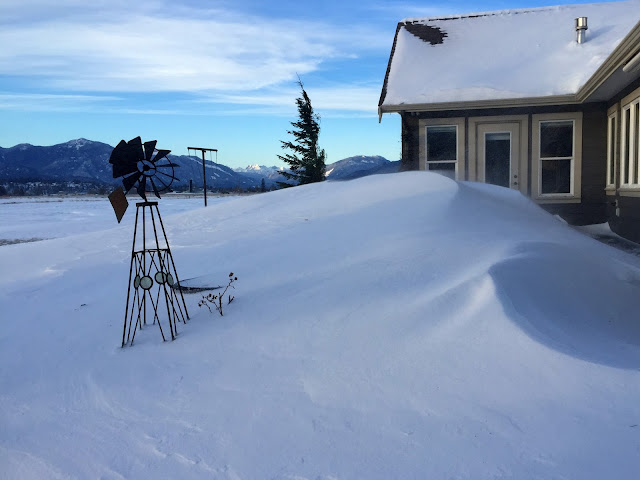 90 centimeters of snow is a lot.  And then it all got whipped up by the wind... 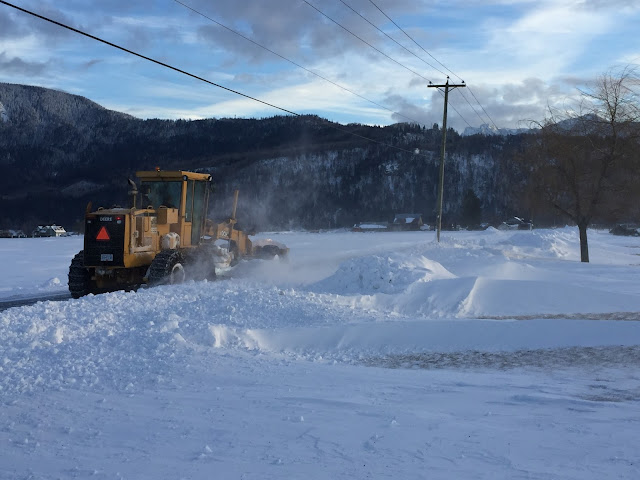 ...and soon we were shoveling out from under! 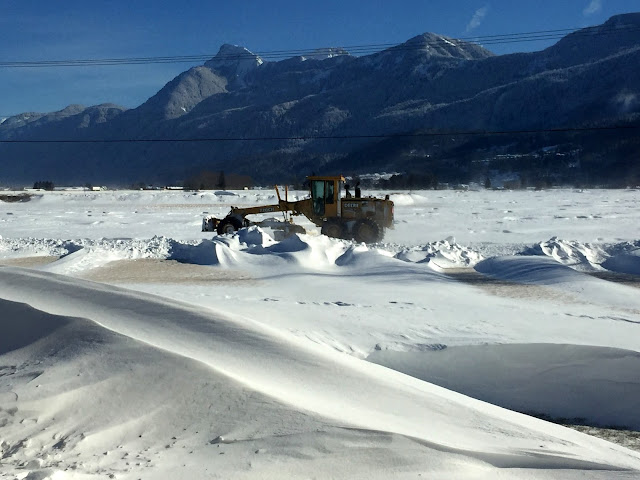 Our road is considered a secondary priority road and so the graders... 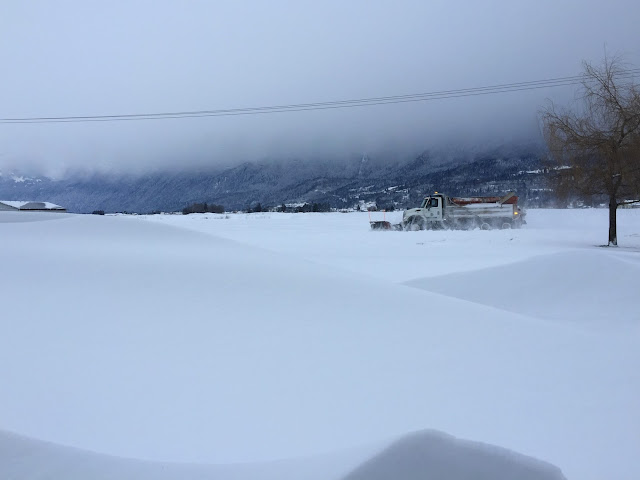 ...and snow plows did a great job of keeping the road open.  Elmer brought the tractor and loader to clear the driveway several times a day...as well as most of the neighbour's driveways. 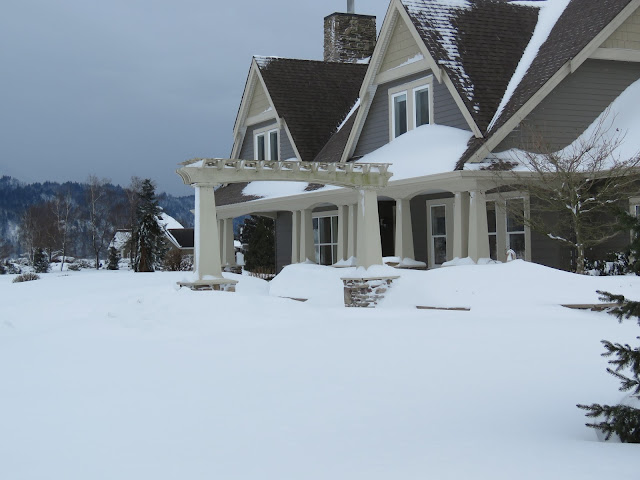 Keeping a pathway to the front door was another challenge! 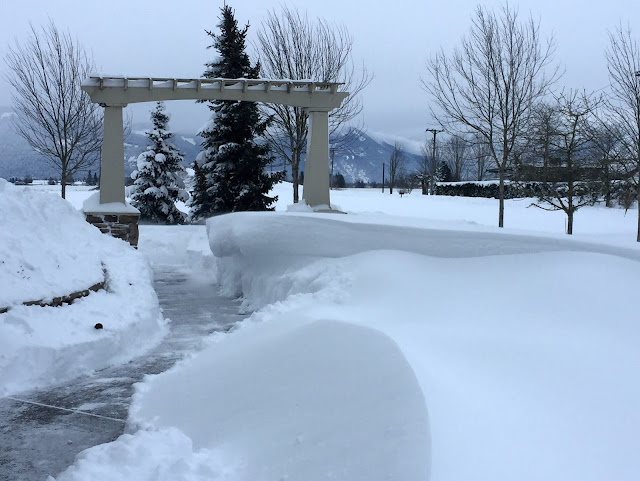 I shoveled it several times a day... 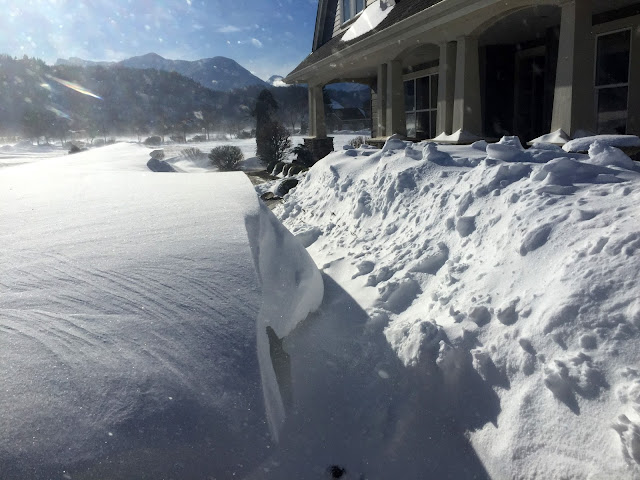 ...but it always looked like this in a few hours! 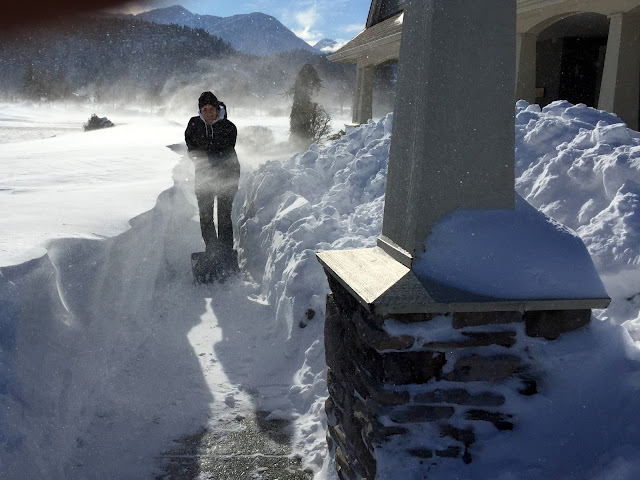 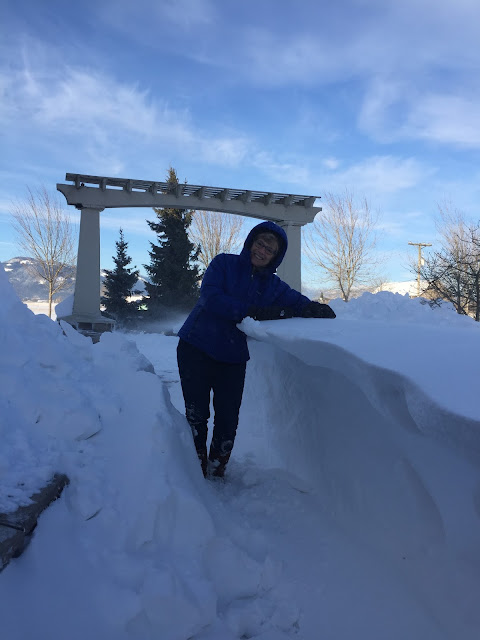 Marg came calling...and wondered why she had to crawl through a tunnel to get to the front door! 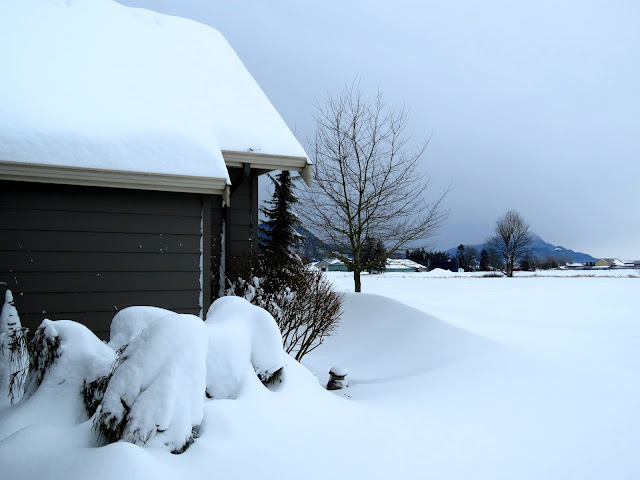 The back was even worse.  Somewhere under all that snow...we will find the pathway to the back patio come spring! 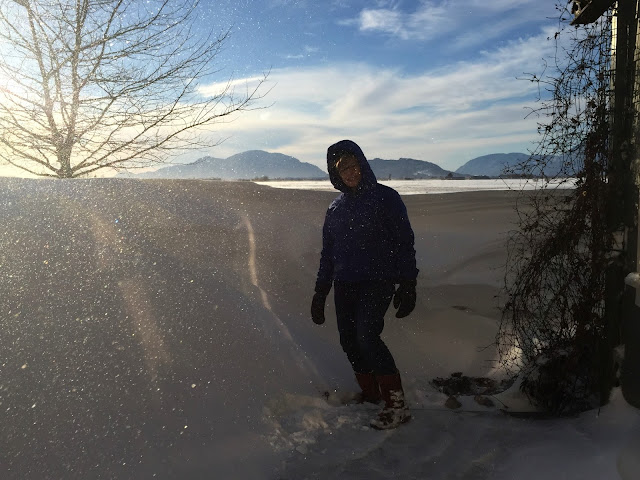 Marg thought the snow cave on the back patio was the perfect place to get out of the wind. 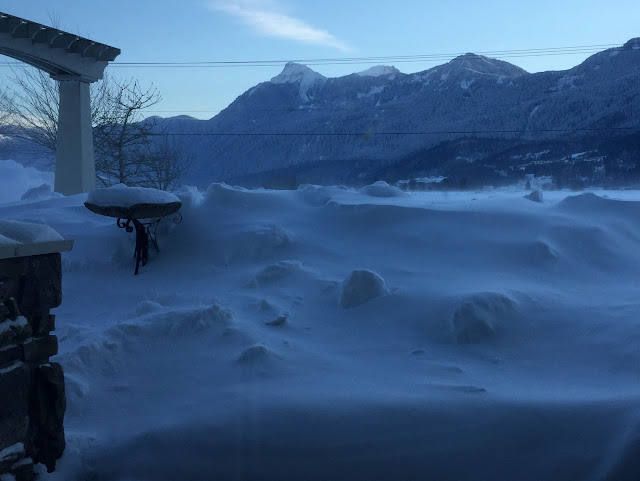 That has been my office window view this past week...mostly obscured by snow drifts. 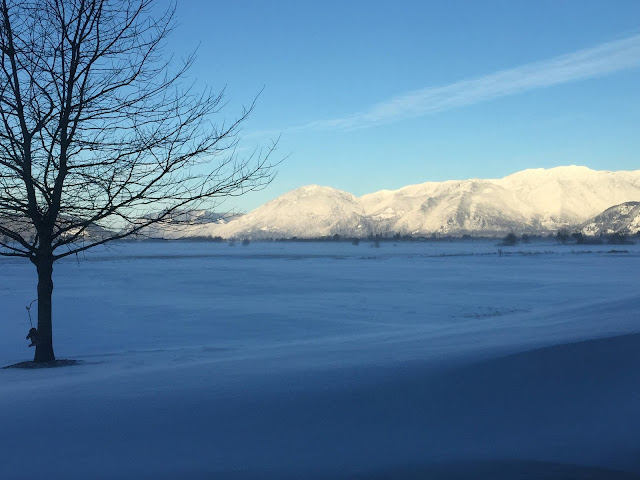 The kitchen window view was quite lovely when the sun came out... 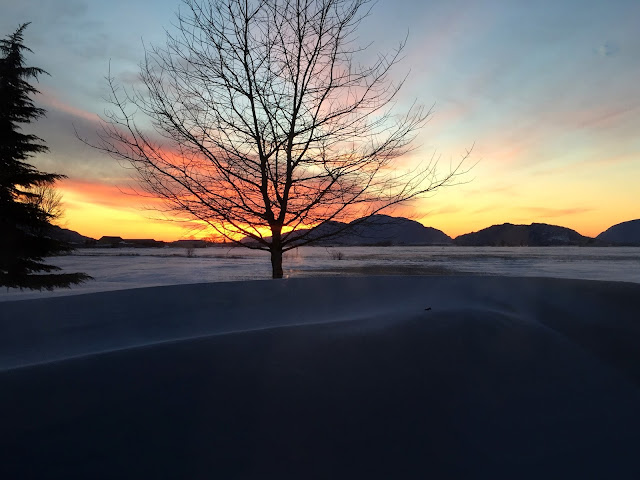 ...or as it set. Listening to the wind howling was not so pleasant though!

District schools have been closed most of the week...and buses were not running. After six snow days...we heard things were going to be warming up today. 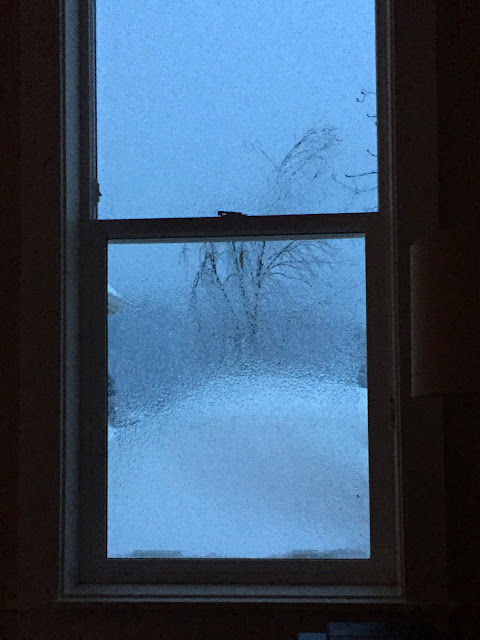 I woke up this morning to this...frosted glass on my bedroom window! 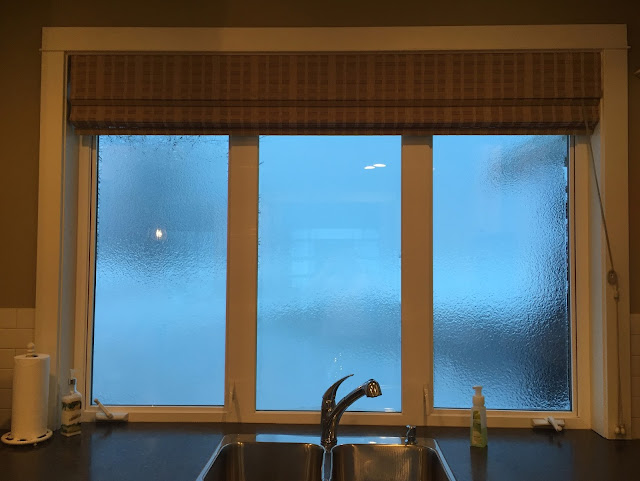 The kitchen window was the same.  Coated with ice! 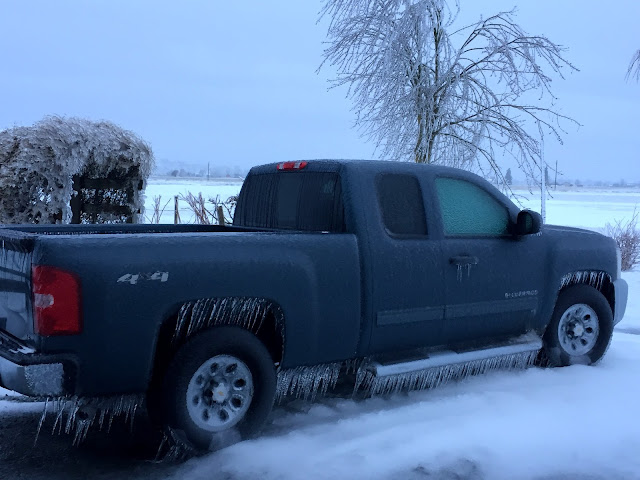 The pick-up should not have been left outside for night.  It wouldn't be going anywhere in a hurry. 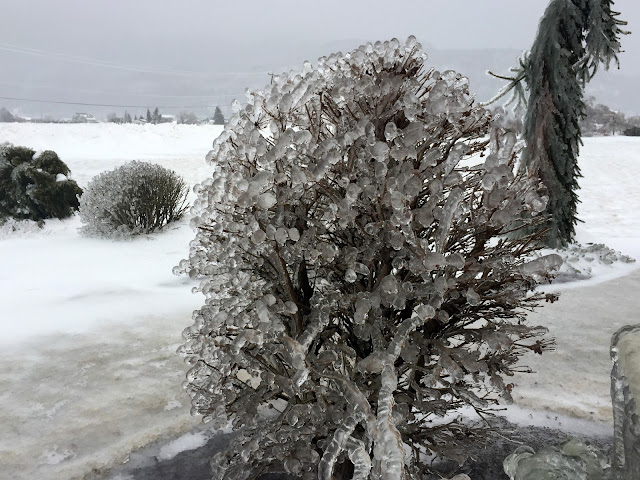 Everything was covered in ice. 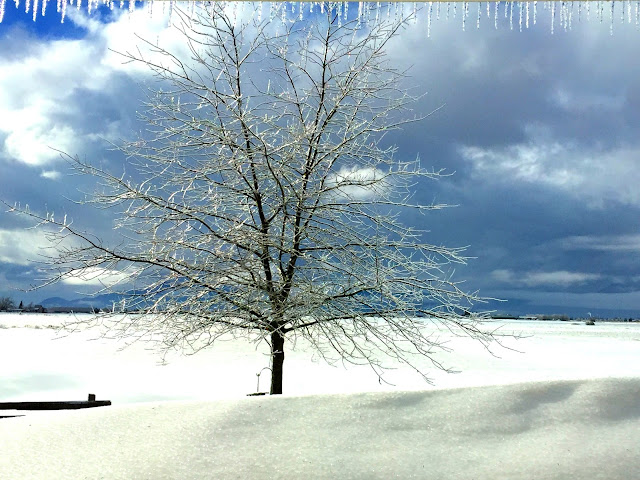 It was rather pretty once the sun came out. 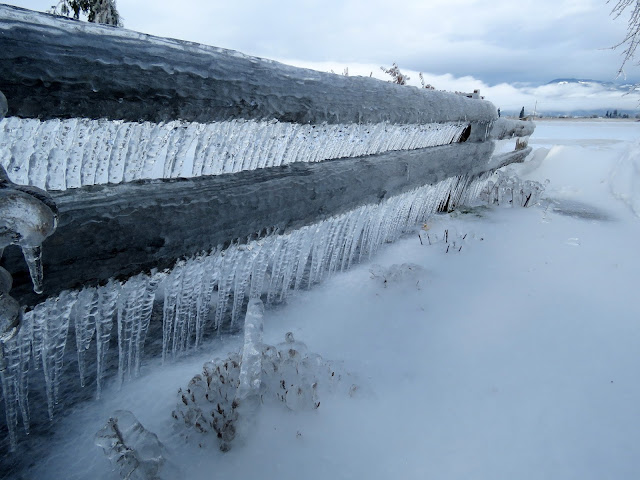 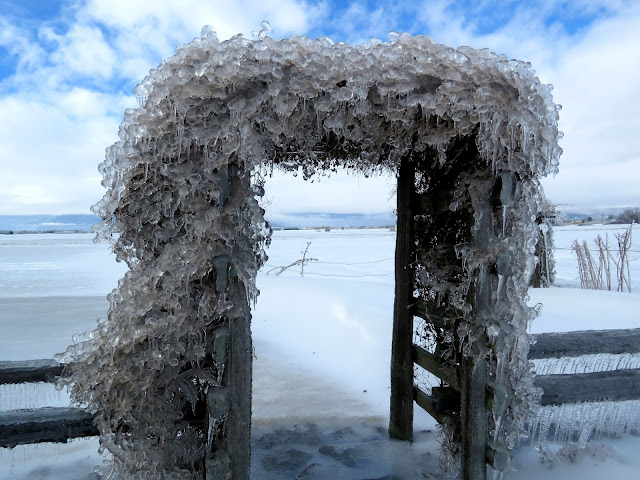 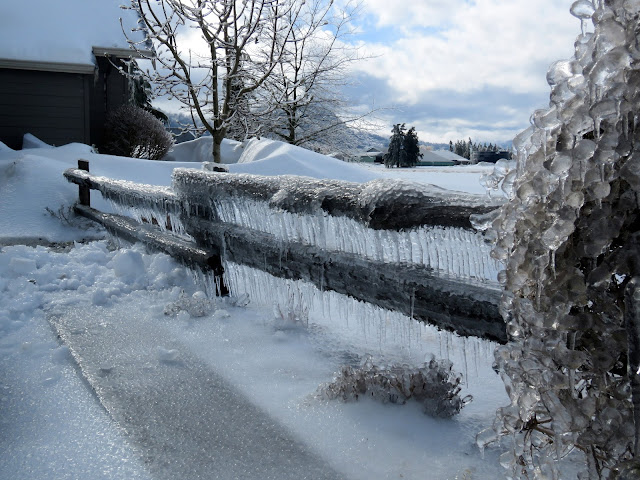 But it was a little hard to see the beauty as I looked at the mess of trees lying on the driveway. 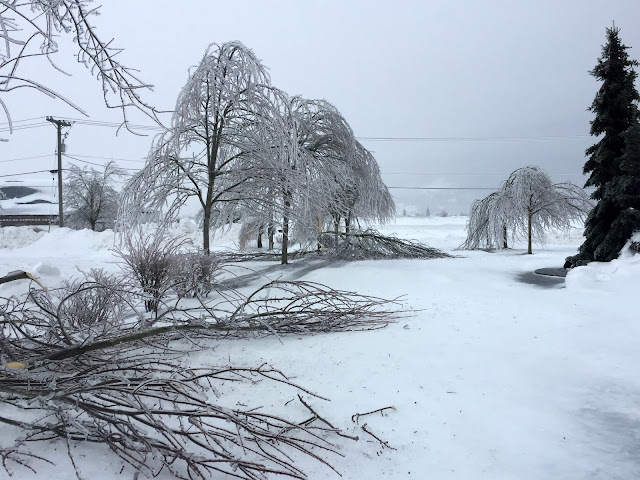 Three of the ten are broken beyond repair.  We listened to the sound breaking branches and crashing ice this morning...and then the  power went out. 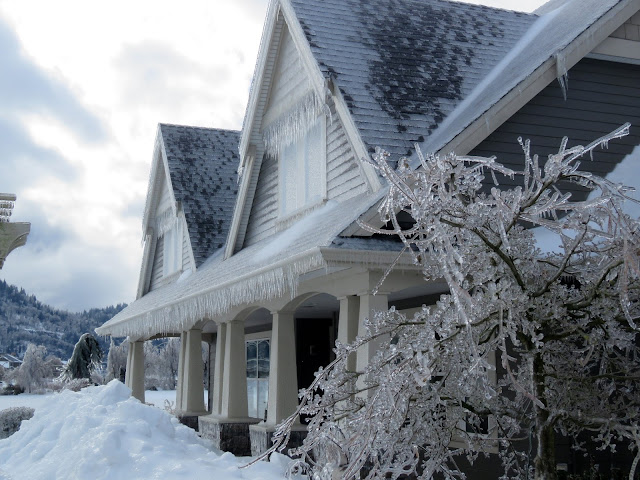 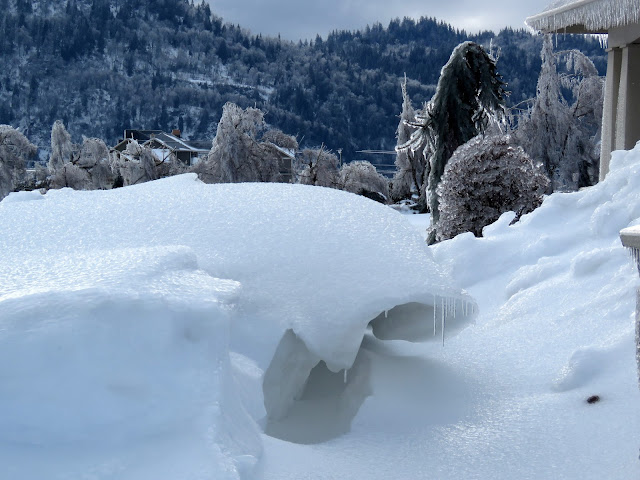 And somewhere under that frozen snow bank...was the path I had shoveled clean yesterday afternoon. 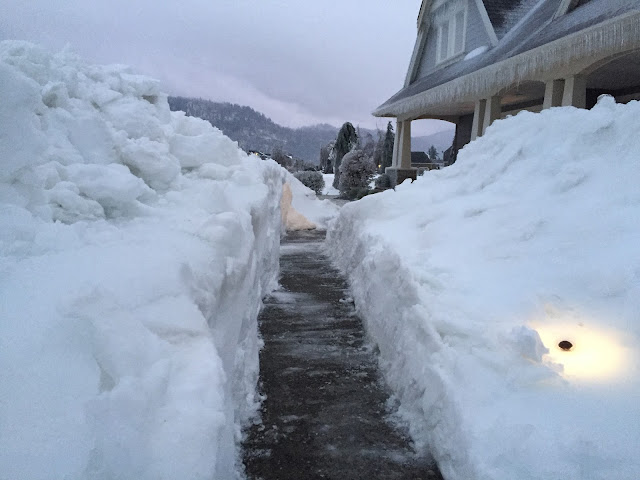 I went looking for it one more time!  I am done.  No more snow. Bring on the spring!