And just like that...the first chapter of 2017 has been written.  It was a cold one in our part of the world...with much more snow than we are accustomed to.  I just noticed that most of the photos I took this month were snow pic's...so be prepared! 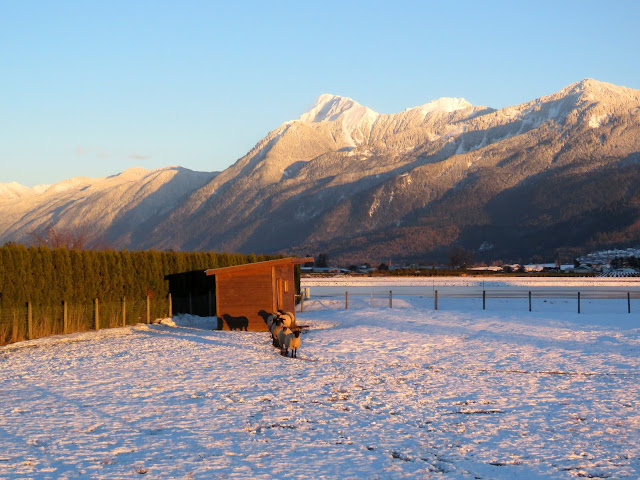 Though I am a little weary of snow already...I never tire of the view of the snow-capped peaks to the east of our place. 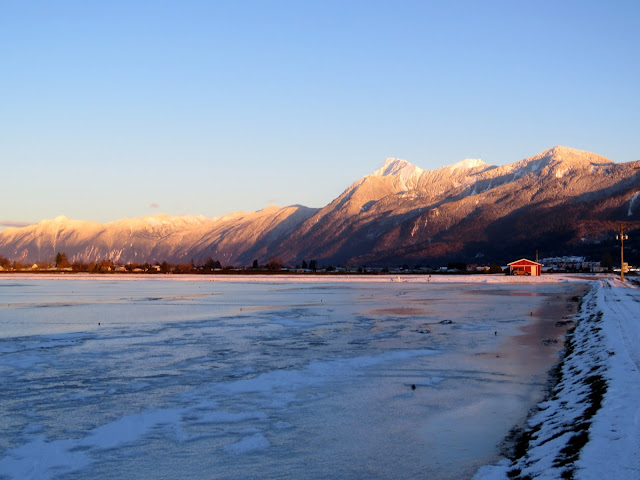 The cranberry bog has been a frozen pond since December. 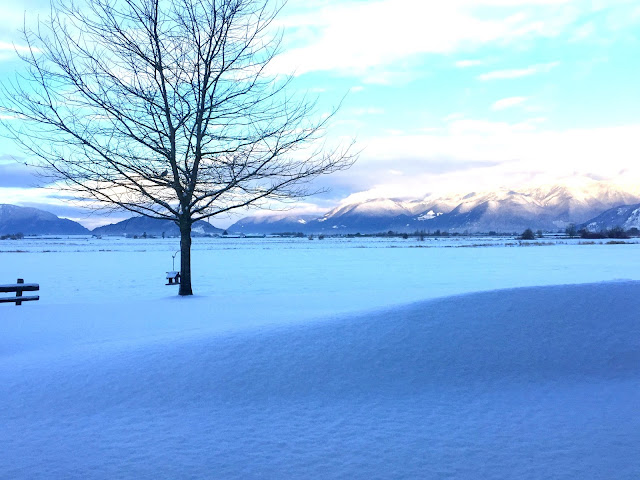 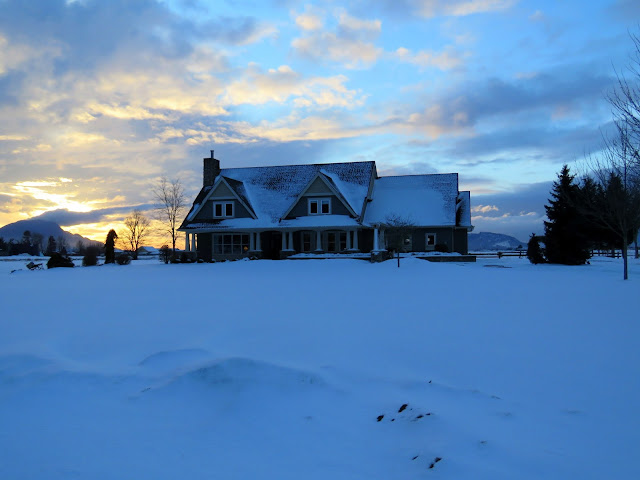 ...we are still dealing with the last of the drifts around our yard...though the fields are now bare. The weatherman says we will have more on the weekend. 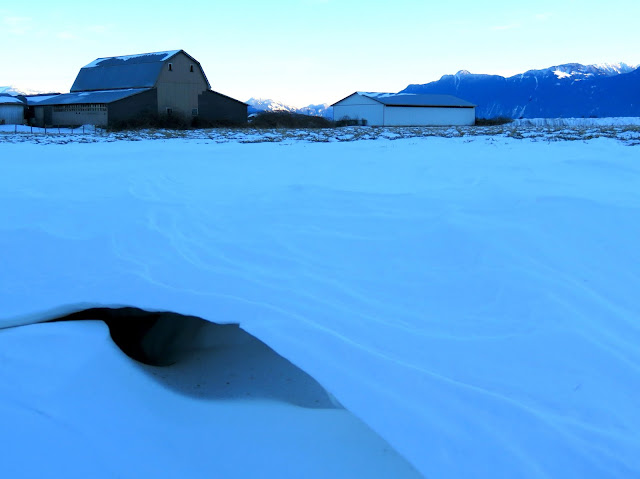 The drainage ditches never looked as good as they did this winter! 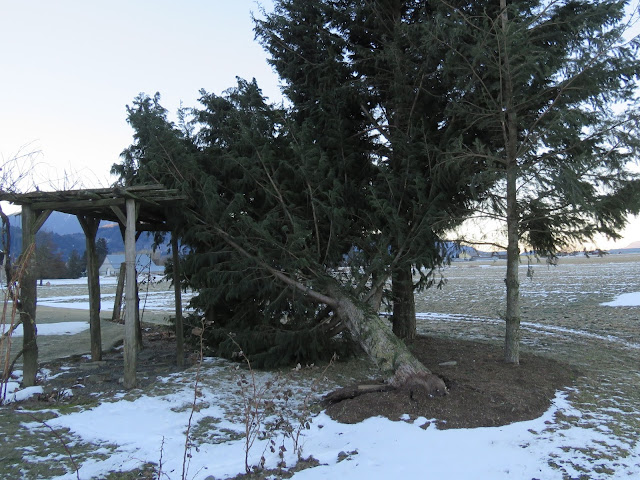 Unfortunately...the winds that moved the snow also took down one of our trees.  Over the years, we planted a tree for each of our grandchildren.  The twin cedars were our 'Emme and Spencer trees'...and now one of them is no longer standing.  It just so happened that the girls were staying at our place the night the tree went down.  We have a plan though.  We will remove the second cedar as well, and let the girls each choose their own tree this time. 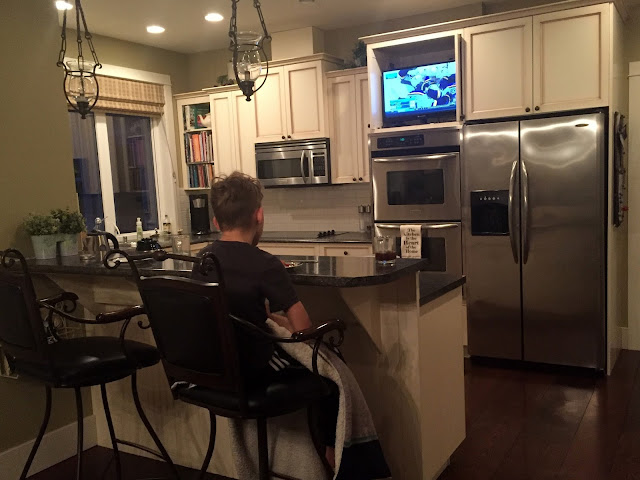 While their parents were on vacation...Emme, Spencer and Ryder stayed with us.  Ryder would sit at the bar, having his breakfast and watching sports in the morning.  It totally reminded me of his father not so very many years ago....a tousle-haired smiling boy cozying with a blanket in the morning before getting dressed for the day.  They were a delight to have!  We played games, cooked some of their favorite foods, and had a lot of laughs. They were not a speck of trouble... 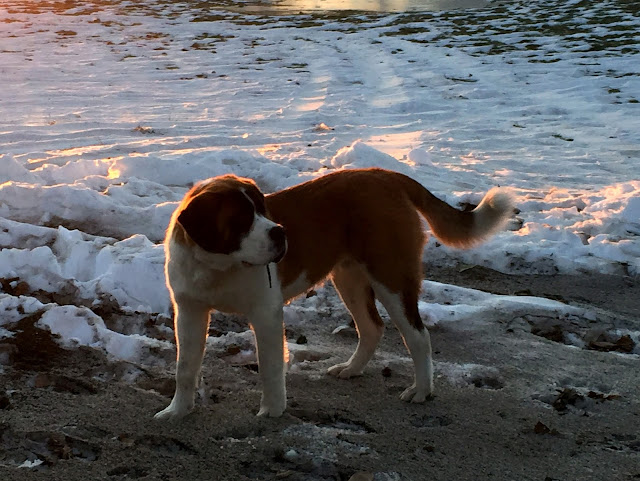 ...unlike their pup who was 'holding down the fort' on the farm.  He didn't like being left behind...and decided to break through his fence.  He visited neighbours...caused trouble in the barns...and (when all else failed) was incarcerated in his kennel for the last few days. Sigh. 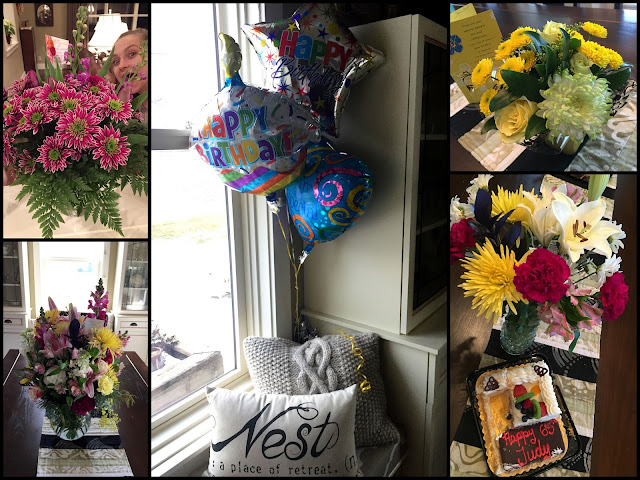 My milestone birthday was well-celebrated...several times over.  Bill (brother), Jeanne, Matthew and Kiley from Iowa...as well as Kathy & Jim from Manitoba came for a visit earlier this month.  We all went out for dinner one night and then to dad's for coffee.  'Coffee' turned out to be a bit of a birthday surprise...with ice-cream cake, balloons and birthday wishes galore.  How special to have my 94-year-old dad prepare everything...from setting up an extra table to finding seating in his kitchen for 15 people! Thanks dad.  That is a birthday celebration I won't ever forget.  I have had my cake and eaten it too...with friends and family!  I am still enjoying the beautiful flowers.


Do not regret growing older.
It is a privilege denied to many.

So true!  And I have much to be thankful for. 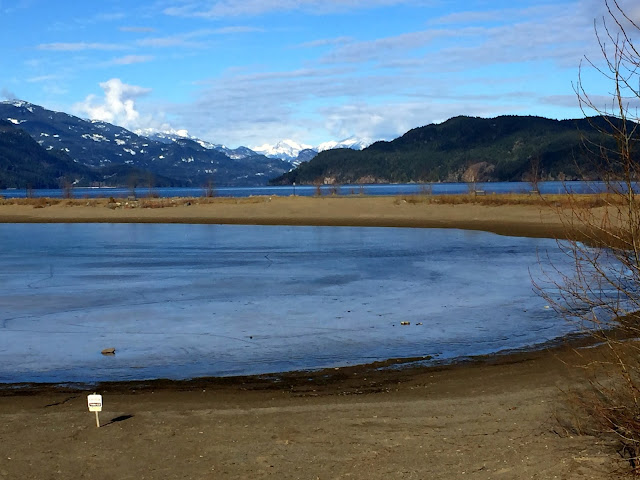 ...beautiful in any season! 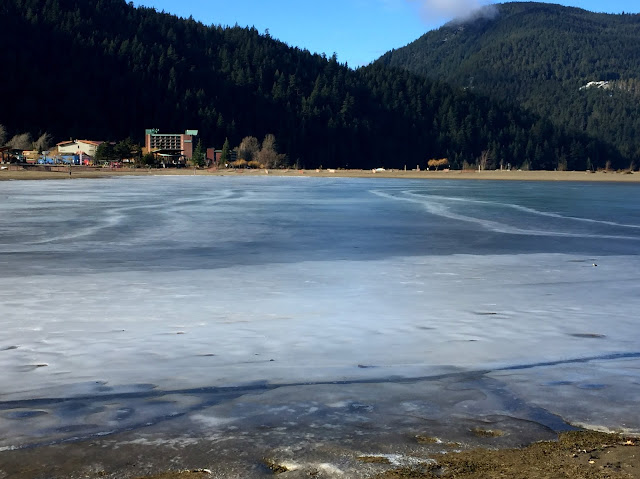 It was the first time I recall seeing the lagoon frozen over.

I would like to end my post here.  With all the happy/lovely or just everyday things that happened in January.  But...there was something else that touched us deeply.  Good friends of ours lost their son-in-law in a tragic accident last week.  Their daughter is a young mom who lost the love of her life.  Their grandson no longer has a father. It was such a reminder to me that life can change in an instant. I need to treasure today.  Yesterday is gone. Tomorrow may never come.  But we have this moment today. 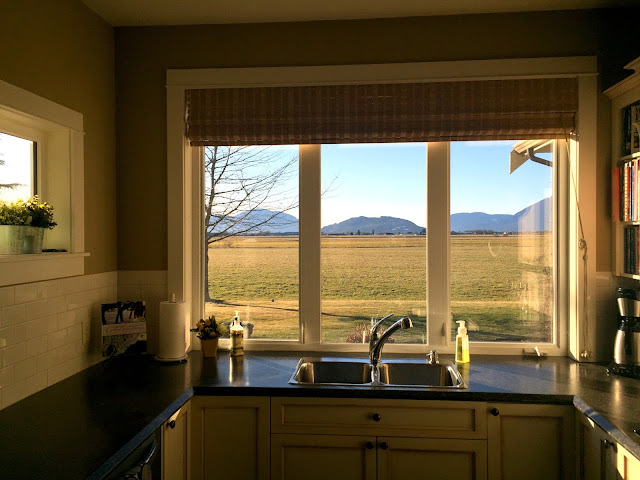 And here are just a few of the moments I treasured today.  Sunshine.  My kitchen view. A good friend who came for coffee.  A walk around Cheam Wetlands Park...where the pond is still frozen but so lovely.

Thanks for stopping by 'my front porch'.  Have  a wonderful February!