February is always a short month, but seemed especially brief this year since I was away for the first half.  Let me summarize few of the goings-on of the past two weeks and then I'll get back to blogging about our time 'down-under'. 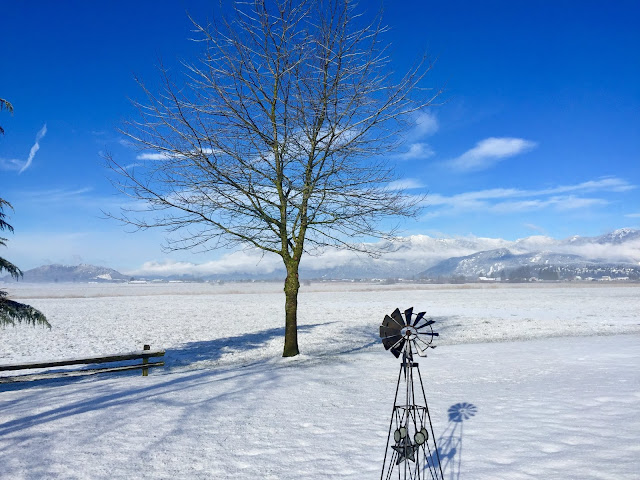 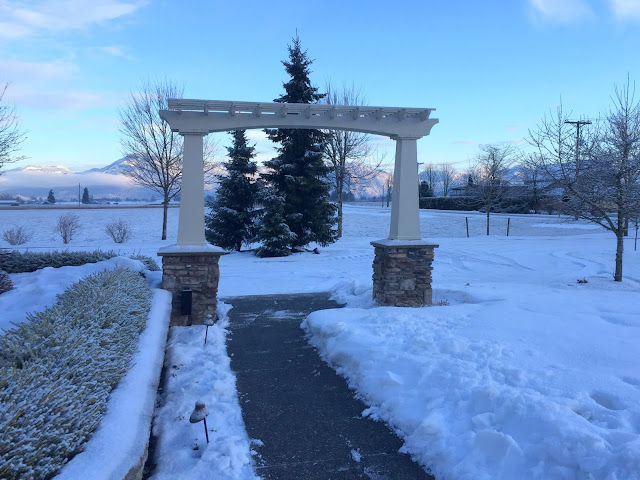 ...and sidewalks that needed to be shovelled.  I decided that clearing a 3 foot path to the front door was sufficient.  Who needs a 6' foot wide walkway? 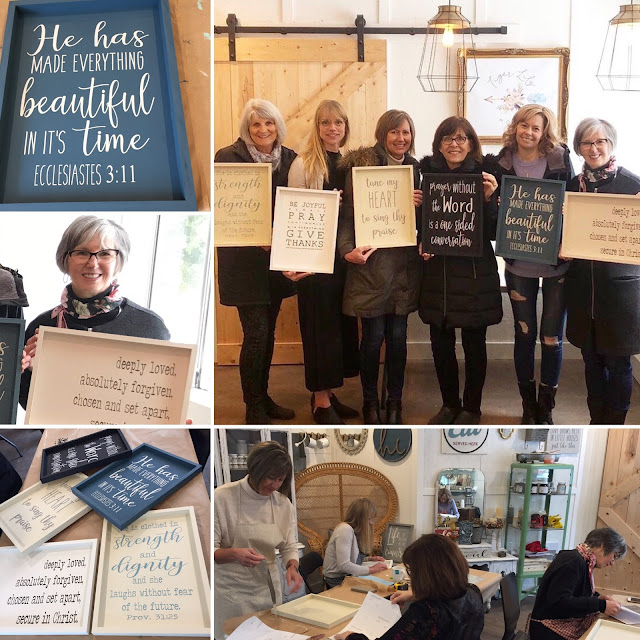 Lovella turned sixty this month and is celebrating the milestone in many ways. What fun to be part of this birthday party last week....a surprise in a way. She surprised us!  Who knew we were going to a paint class?  We each took home our 'work of art'...but not before enjoying a birthday lunch together in a charming little tea house in the country.  Happy 60th birthday to a friend who has been an inspiration in so many ways this past decade! 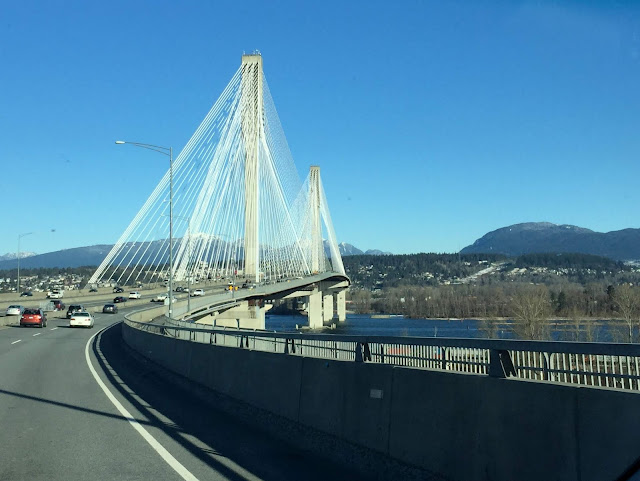 We have made the trek down the freeway to Vancouver several times these past few weeks...for medical appointments.  On Monday morning we were at Eagle Ridge hospital bright and early for Elmer's wrist surgery.  It seems that wrist fusion is the only option for relieving the pain that he has been dealing with for years. His left wrist is done...and he was able to come home later that afternoon.  He will be sporting a cast for the next six weeks or so...and hanging around the house a lot. He's not so good at that!  He has books and Netflix, and a large jigsaw puzzle is on order. 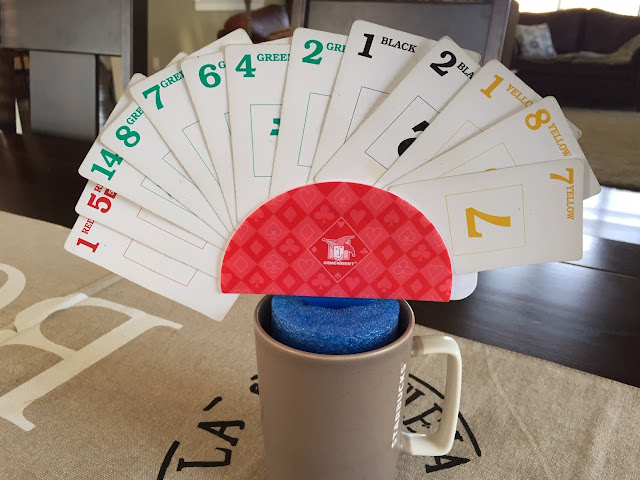 At his point he is unable to hold anything in his left hand, but I found a way for him to play cards.  A section of a pool noodle inside a Starbucks mug is a great for support for a 'card holder' (the kind that are meant for seniors and kids).  Where there's a will there's a way!

My dad also had an issue this past week that required a visit to ER and a few early morning IV antibiotic treatments at the hospital.  Thankfully he is doing better again.  And he is very happy in his new home! 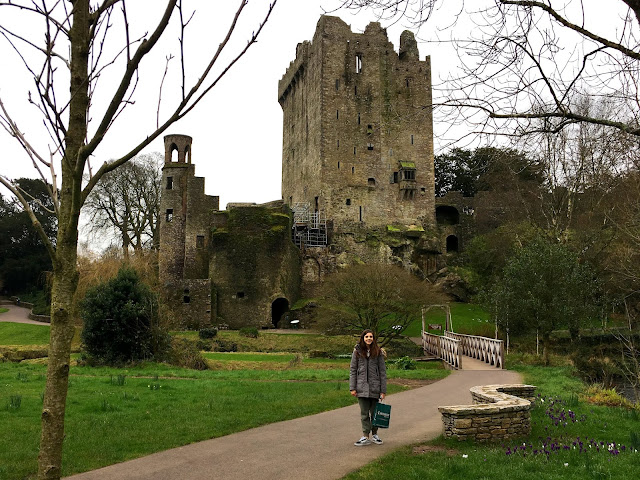 Also this month...Ranen took part in an Irish Dance competition in Killarney, Ireland. She danced next to the world champion at her level...and in her spare time, she visited Irish castles with her mom. What an opportunity for a 12-year old! 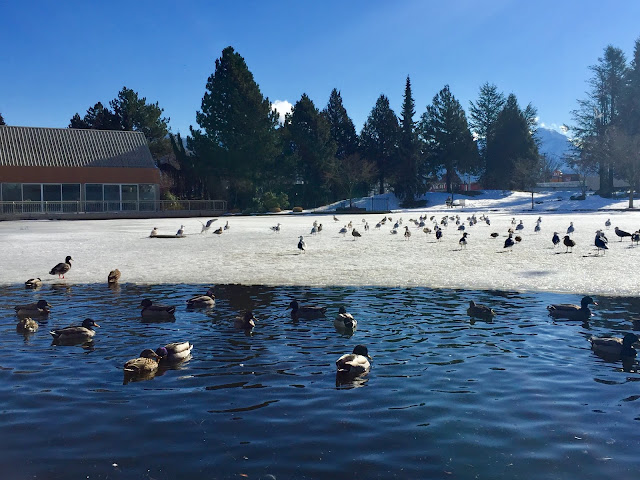 There are a few birds around that don't seem to mind that we are still having winter at the end of February! 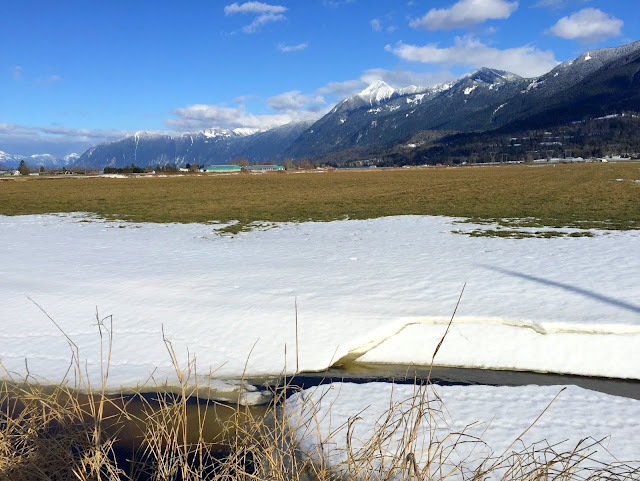 In my corner of the valley we are mostly left with drifts and bare fields right now. 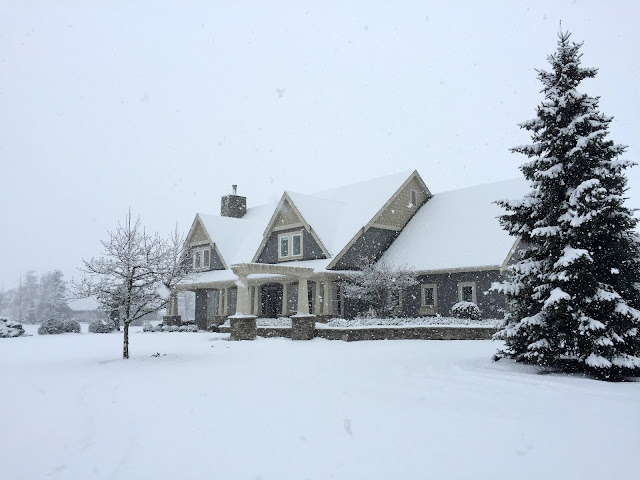 The coldest February on record is about to end. We hope that spring is just around the corner though there are still snow flurries in the forecast over the next few days.

I will take you back to heat of summer in my next post...the Australian Outback, where it was 43°C (110°F) during our visit.