What better way to visit Italy and the Greek Islands than on a cruise with friends?  It's been more than a week since we returned home, and high time I unpacked my photos.  It seems one always hits the ground running after a vacation.  Let me start with a few highlights of Venice...the beginning of a most memorable time in the Mediterranean. 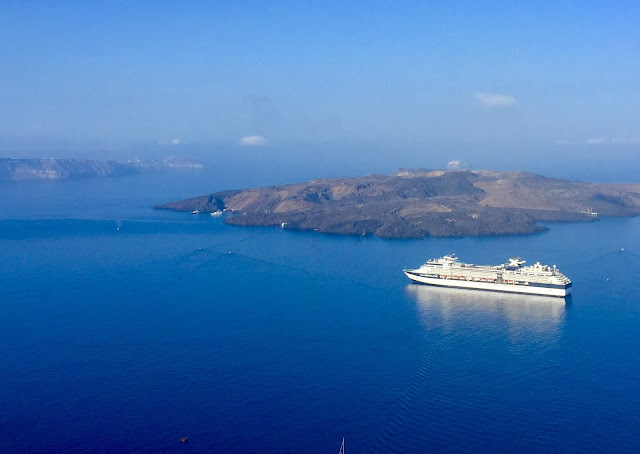 We flew to Venice via Amsterdam (on KLM)...arriving there almost a full day after we left home. 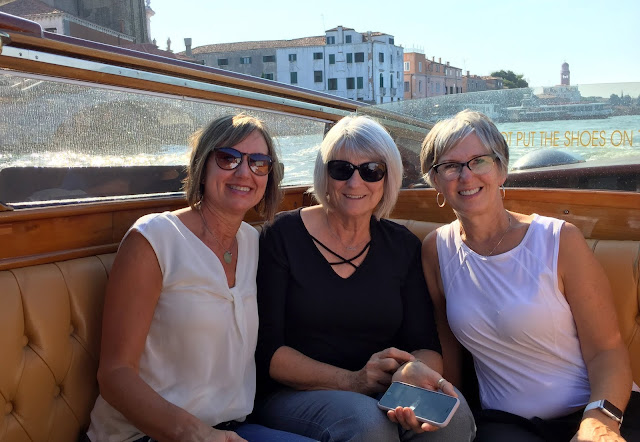 How strange to leave the airport on a water taxi and be delivered directly to our hotel! 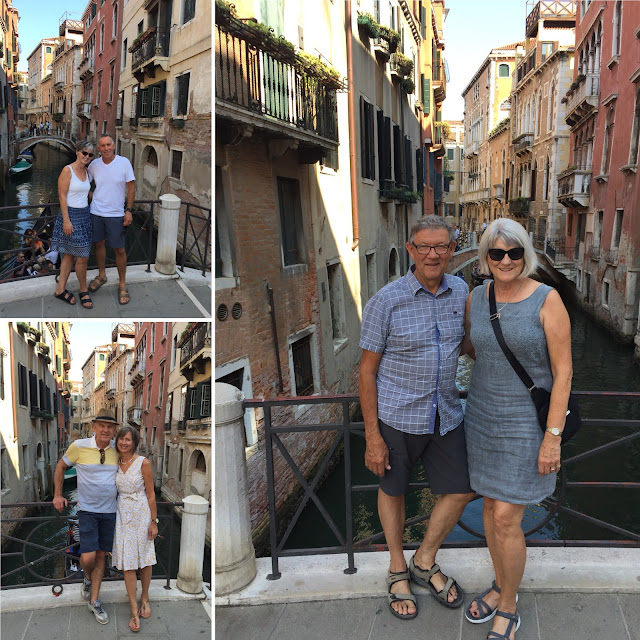 And so began our two week adventure that we had looked forward to for the past year...with Lovella, Anneliese and our husbands. 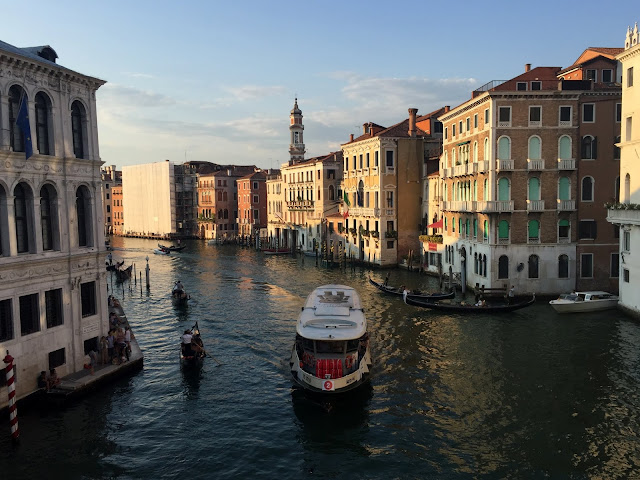 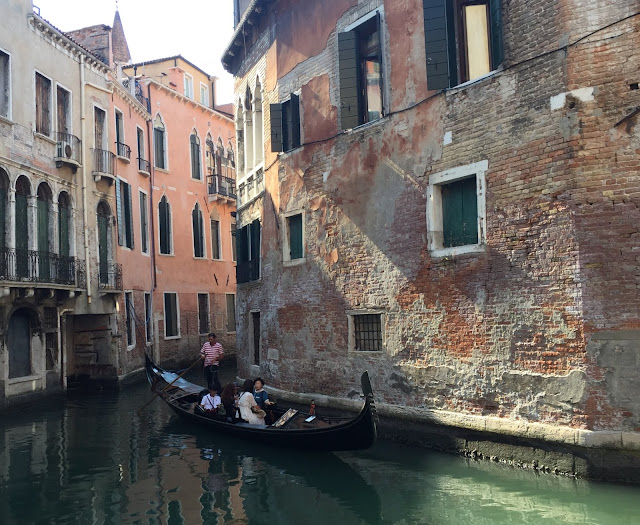 “To build a city where it is impossible to build a city is madness in itself, but to build there one of the most elegant and grandest of cities is the madness of genius.”

It has its beginnings in 402 AD, when settlers arrived and began building canals and putting up buildings. Many of the buildings in Venice today are still standing on 1000 year old piles of wood! 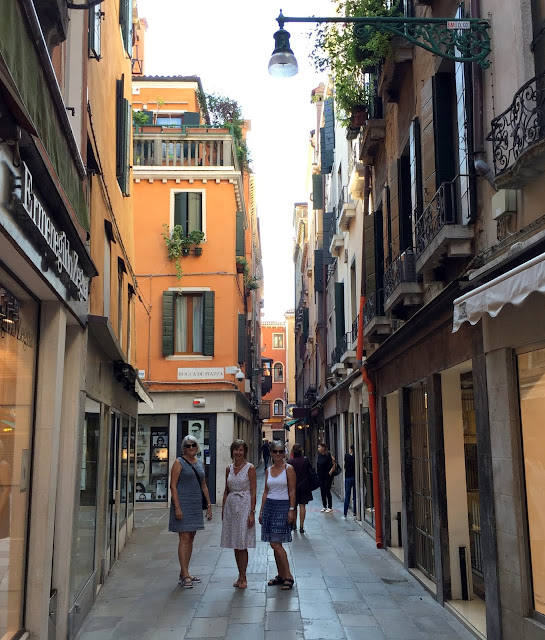 We walked the narrow alleyways between buildings... 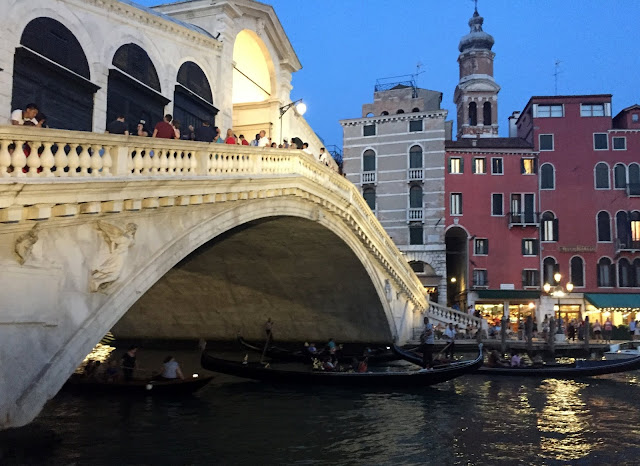 ...and over Venice's famous Rialto bridge. 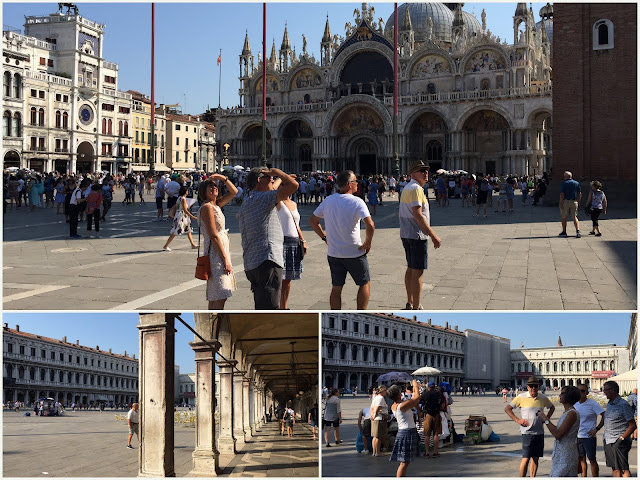 San Marco Square or Piazza San Marco has been the centre of life in Venice for eons. St. Mark's Basilica at one end is Venice's prime attraction...as we could tell by the line-ups waiting to enter.  We decided to be content with viewing it from the exterior!

Did you know that there are more than 100 islands on the lagoon of Venice?  We visited two of those islands while we were there. 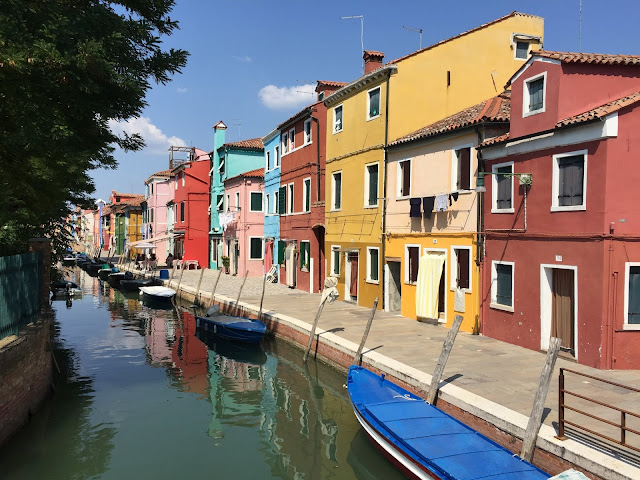 My favorite was Burano...with its colorful buildings. 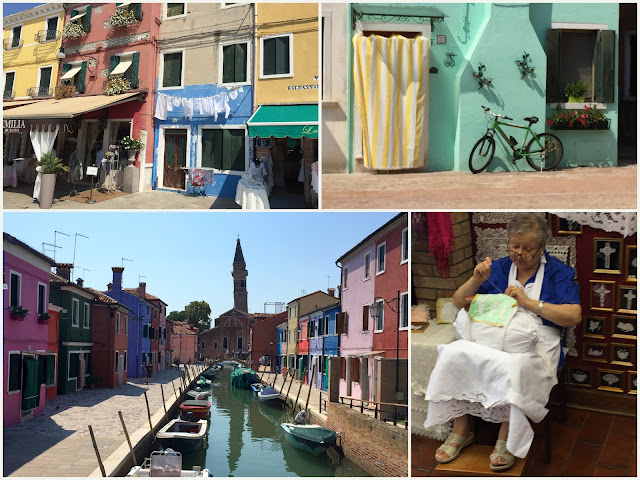 Famous for Burano lace...we saw first hand how it is produced.  By hand.  One stitch at a time! 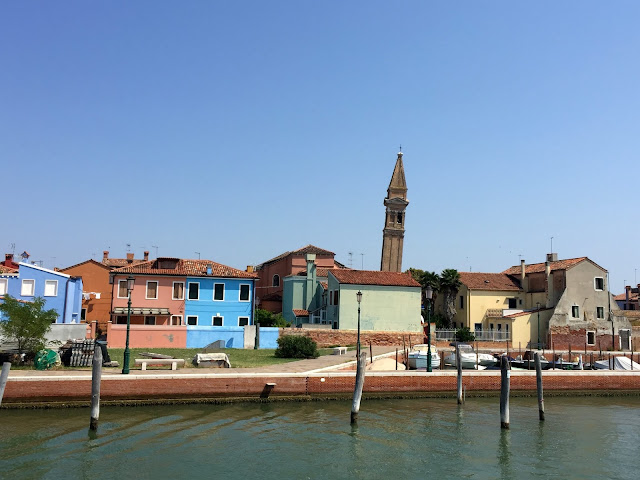 Italy is known for its leaning towers...one of which is located on Burano Island. St. Martin's church was built in the 18th century and the 53 meter tower started sinking almost immediately. But several hundred years later...it is still standing. 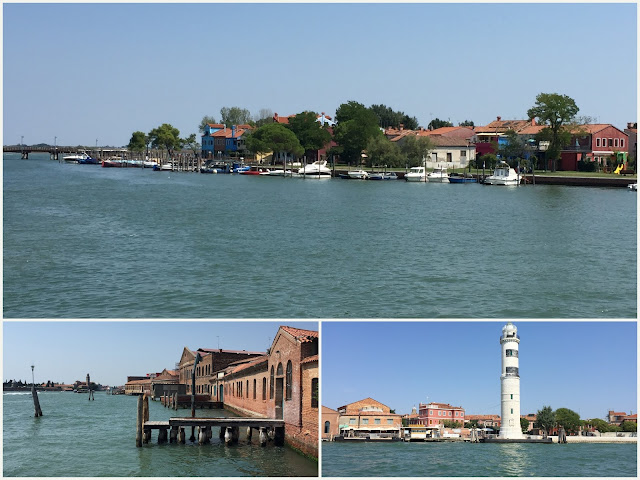 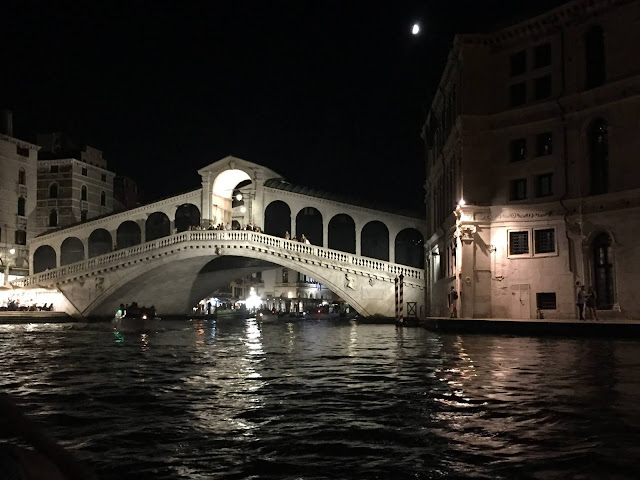 On our final night in Venice...we dined on pasta and all things Italian beneath the Rialto bridge and then rode through the canals on a gondola. 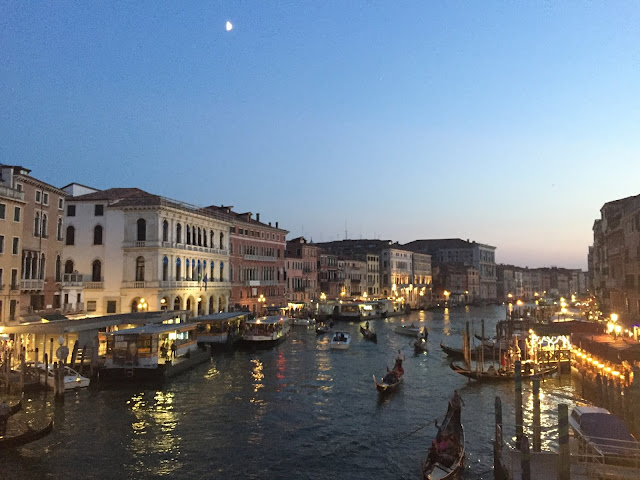 It was the best end to a wonderful time in Venice!