If you have ever considered filling shoeboxes for Operation Christmas Child...but it's just never happened...let me urge you to take part in the project this year. 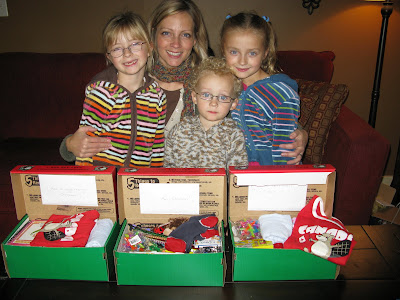 The shoeboxes are filled with little gifts that bring hope and love to children in desperate situations around the world. Last year more than 661,000 shoeboxes left Canada to be distributed in over fifteen countries...each shoebox carrying the message of God's unconditional love.
I've been going shopping with my granddaughters the past few years...and they pick out things for a less fortunate child in a far away land...and have such a good time doing it. Yesterday was the day...and this year Ryder joined in the fun as well...and Heidi brought Maelyn. 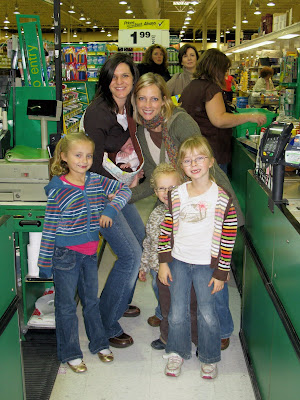 First we did the shopping... 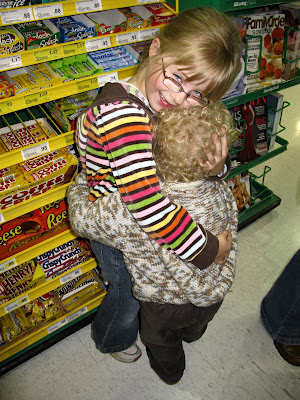 ...which was a good time (as you can tell)...and then we went to Heidi's and packed up our boxes. I was thinking that Ryder might not want to part with some of the goodies he had such fun picking out...but he was a good sport. He even wondered if we could bring the box to Africa once it was all packed up. 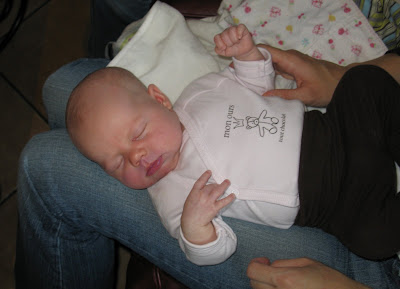 Maelyn didn't really get into the spirit of the occasion...but she'll be back with more enthusiasm next year!
Operation Christmas Child focuses on the true meaning of Christmas – Jesus Christ – God’s greatest gift. Separate from the shoe box, Samaritan's Purse offers the children an illustrated Bible storybook called "The Greatest Gift of All" in the local language. Besides the impact these gifts can make in the lives of children overseas...this project fosters compassion in all who participate. My grandchildren are learning the value of giving to those who have so much less...that it is greater to give than to receive.
Operation Christmas Child will be collecting shoeboxes in your area in a few weeks...you still have time to go shopping!