south american finale ~ the foods, the folks and other fun facts...

It is time to wrap up our travels in South America.  There are many tales that will remain untold... 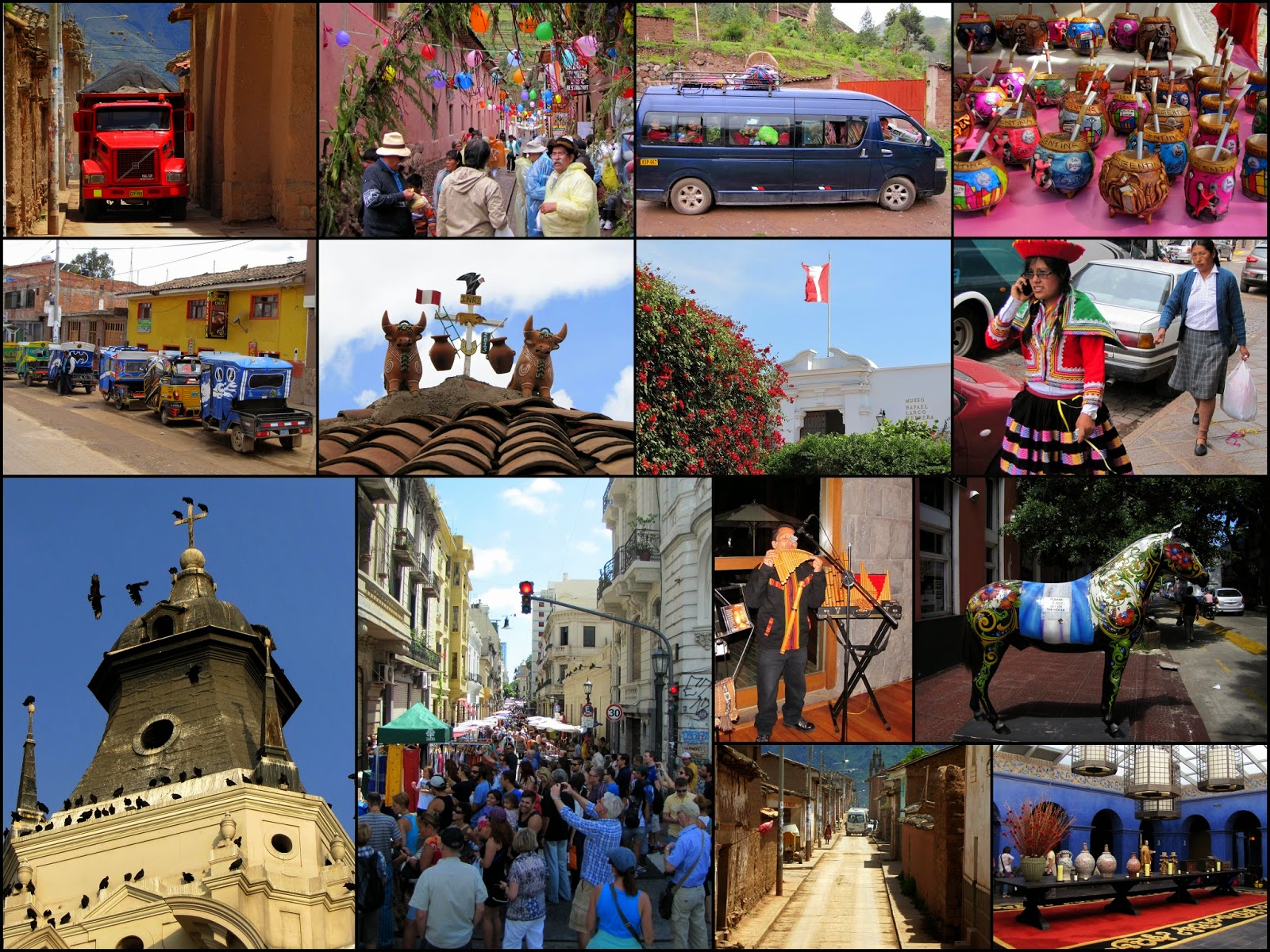 ...as each photo has a story of its own. 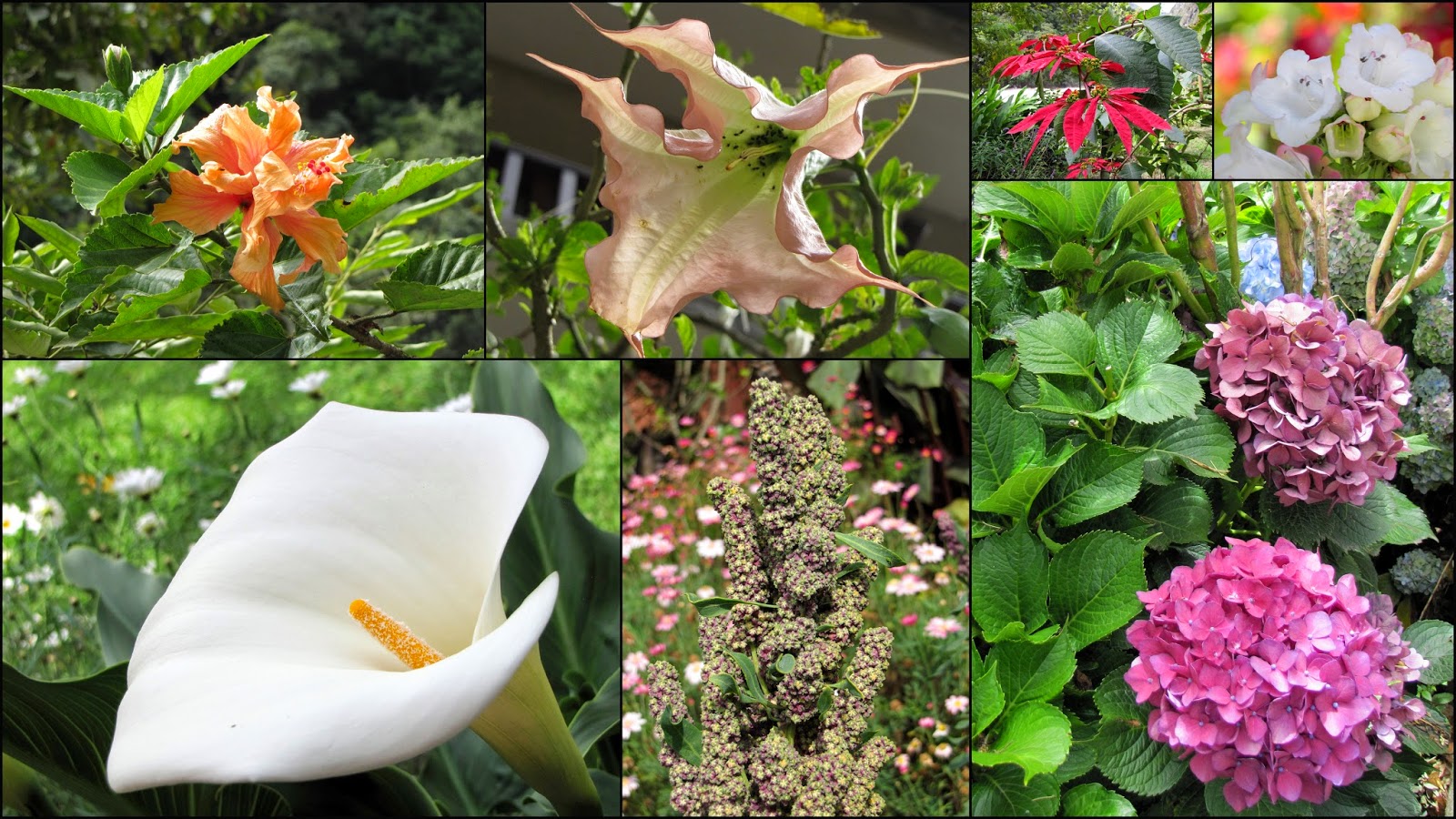 The flowers speak for themselves.  The 'earth laughs in flowers' wherever we roam! 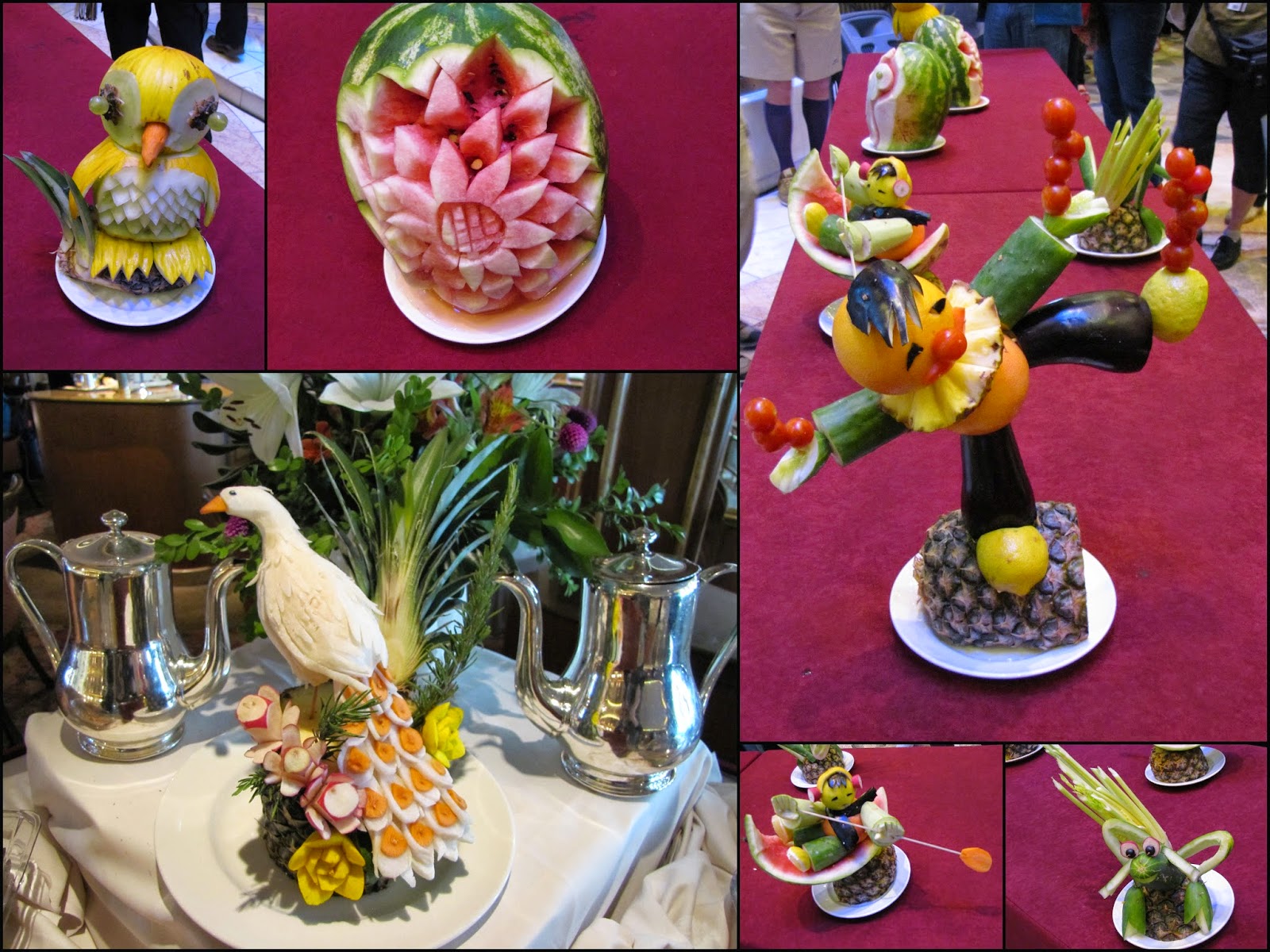 And then there was the food...and art...all rolled into one. 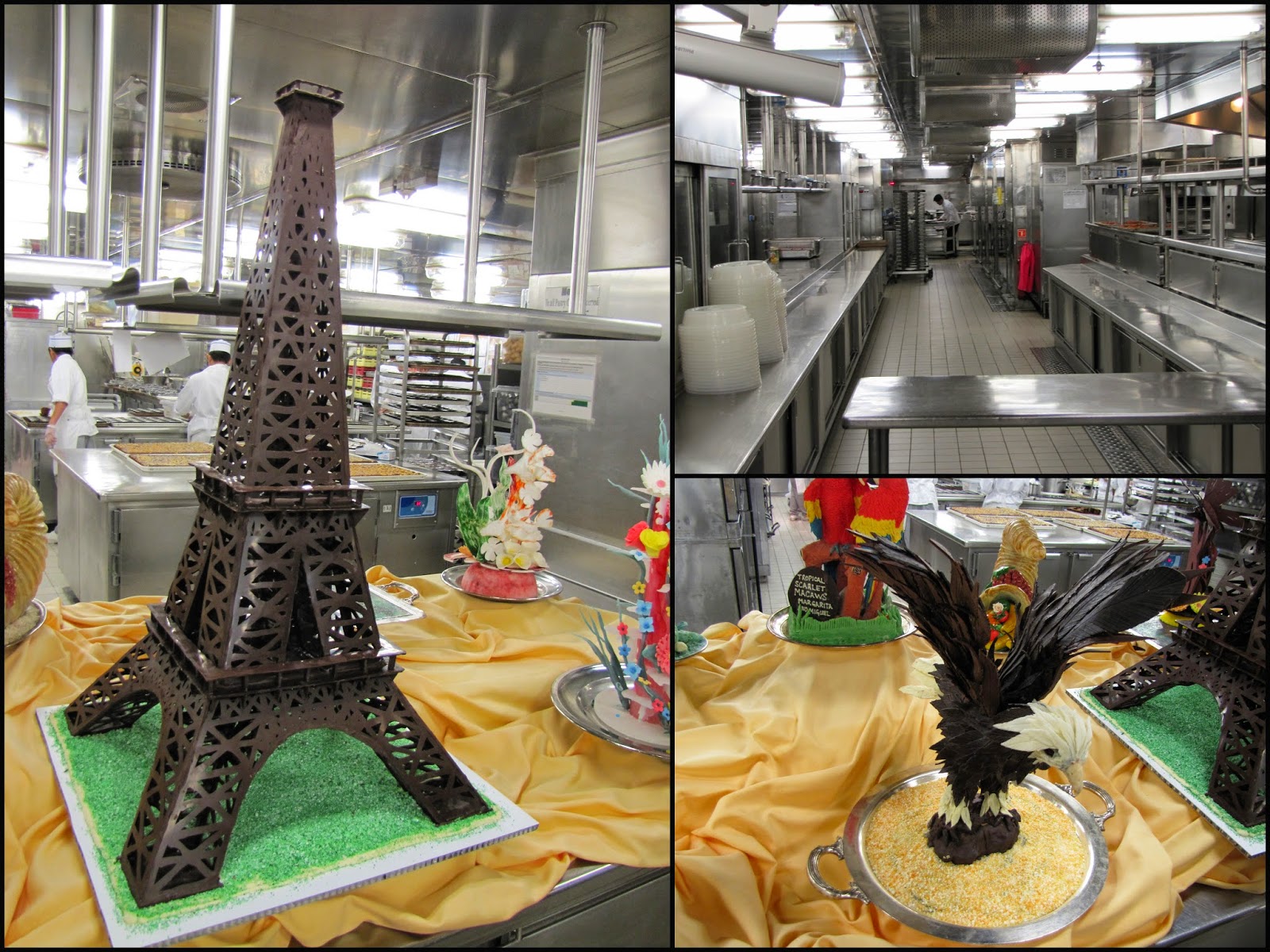 Cruise ships are good at that...whether it be fruit creations......or chocolate sculptures.  We took a galley tour and were amazed and impressed at the size of the kitchens on the ship...as well as the cleanliness! 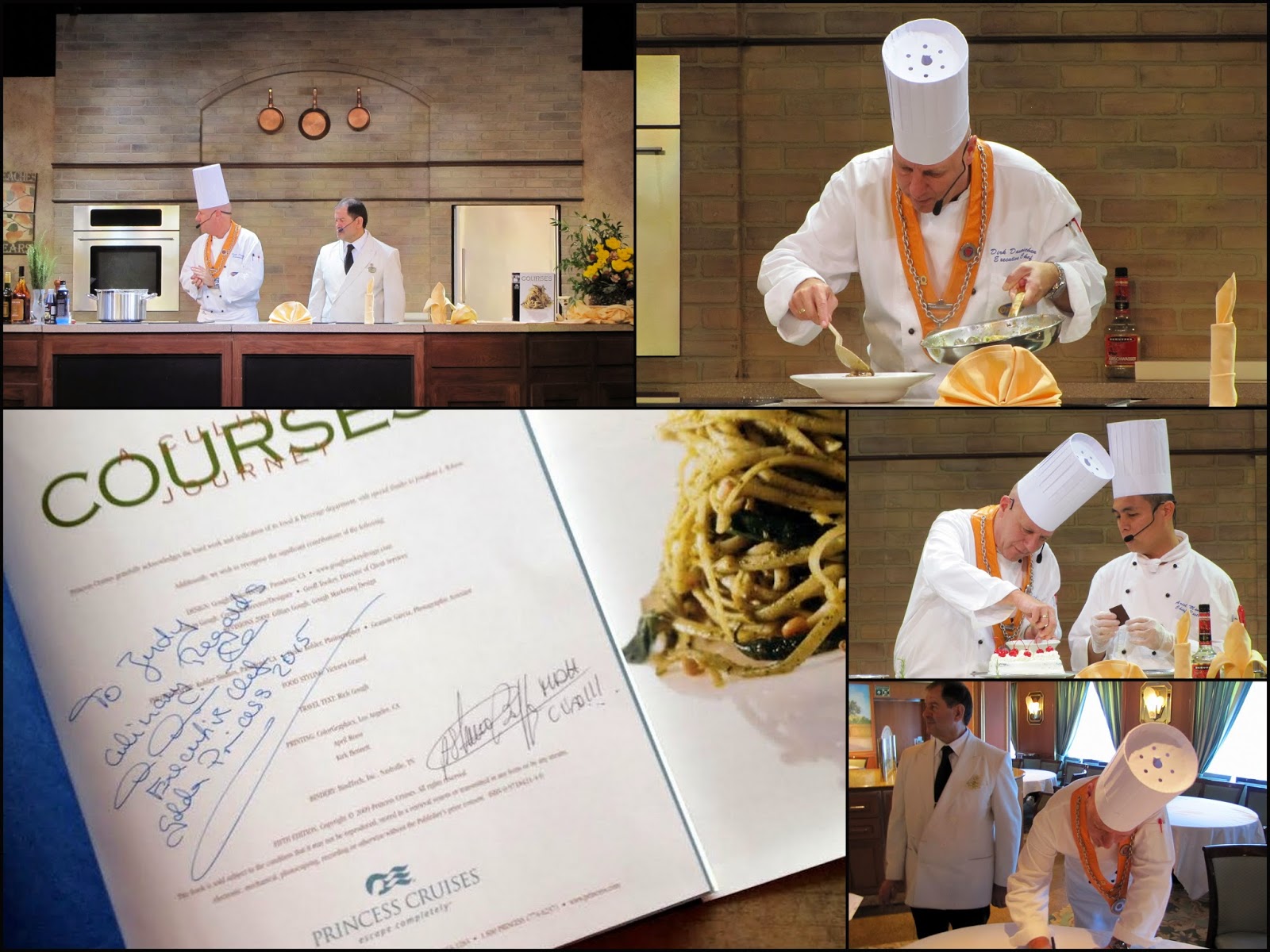 I also took in the 'culinary demonstration'...featuring the executive chef.  Of course!  I brought home the Princess Cruises cookbook...signed by the chef himself. Who knows?  I might even try cooking something from it one day!  Their napkin folding demo was not wasted on me, however...since I have already used the 'fan napkin method' pictured above. Easy! 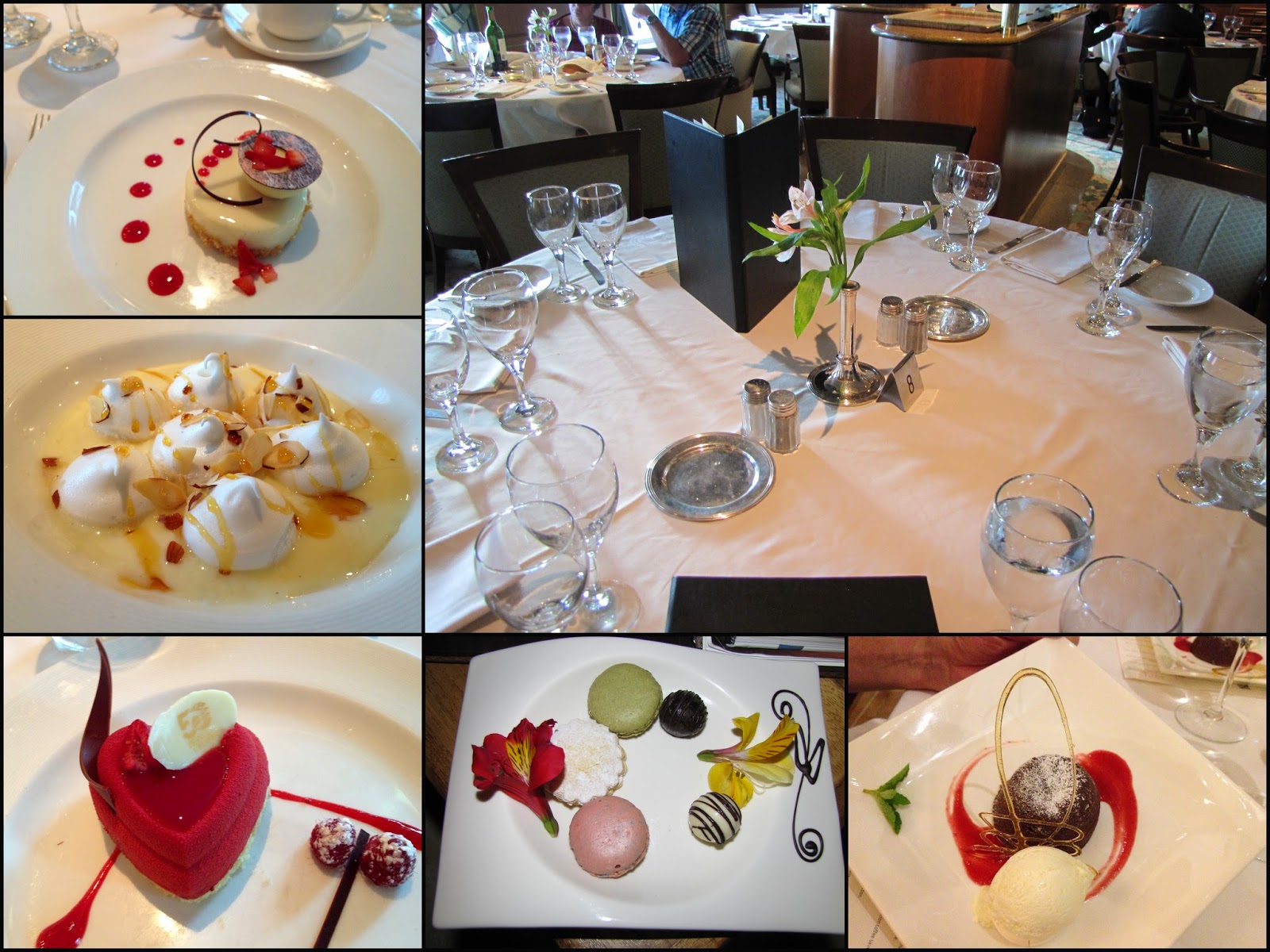 Dining on a cruise ship is always special!  Every course comes out plated beautifully...but for some reason most of the food photos in my files are of the desserts!


We opted for 'anytime dining' on our cruise...and were so glad we did.  Every night we were seated with different 'table mates'...it was the best way to meet people.  Let me tell you about a few of them.

There was Louise...from London...in her fifties...and traveling on her own.  There were others from New York, Chile, South Dakota, Scotland, Wales, California, Alaska, and St. Petersburg.

And then there were a few that we got to know really quite well.  Tim and Julie were from Texas.  Bob and Brenda were originally from New Orleans and fled for the lives ahead of Hurricane Katrina.  They had no home to return to...and relocated to Arizona after that.  We learned at the dinner table that they would also be staying in Peru for a week following the tour...so we decided we would stick together.  And we did!

We met Ruby...who has an Italian restaurant in Albany, Oregon...is a chef trained in Italy,  has published two cookbooks, and has an amazing story.  Check out her story here...and visit her restaurant if you ever pass through Albany, Oregon.

I met a gal from Virginia...traveling with her dad.  She shared her story with me.  The South American cruise was booked last July...and was to be a 30th wedding anniversary for her and her husband...but it was not to be.  Several days before he was to return from his tour of duty in Afghanistan last August...he was killed in an attack by an Afghan soldier. You may remember hearing about it on the news.  Rather than celebrating an anniversary...the family mourned their husband and father.  For her...the South American trip was bittersweet.

It's the people you meet along the way that make the journey so much more interesting!

I should also mention that there were some people that we wish we would have met up with.  We learned once we were back home...that there was a couple from our hometown on the same cruise we were on.  Had we known they were there...we would have made a point of finding them.   Instead we met up with them once we were back home and had a nice chat.  They own a Greek restaurant in Chilliwack... 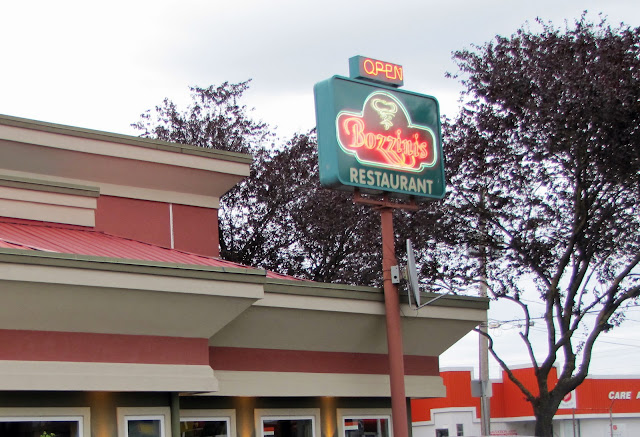 ...and serve up the best of food over there. 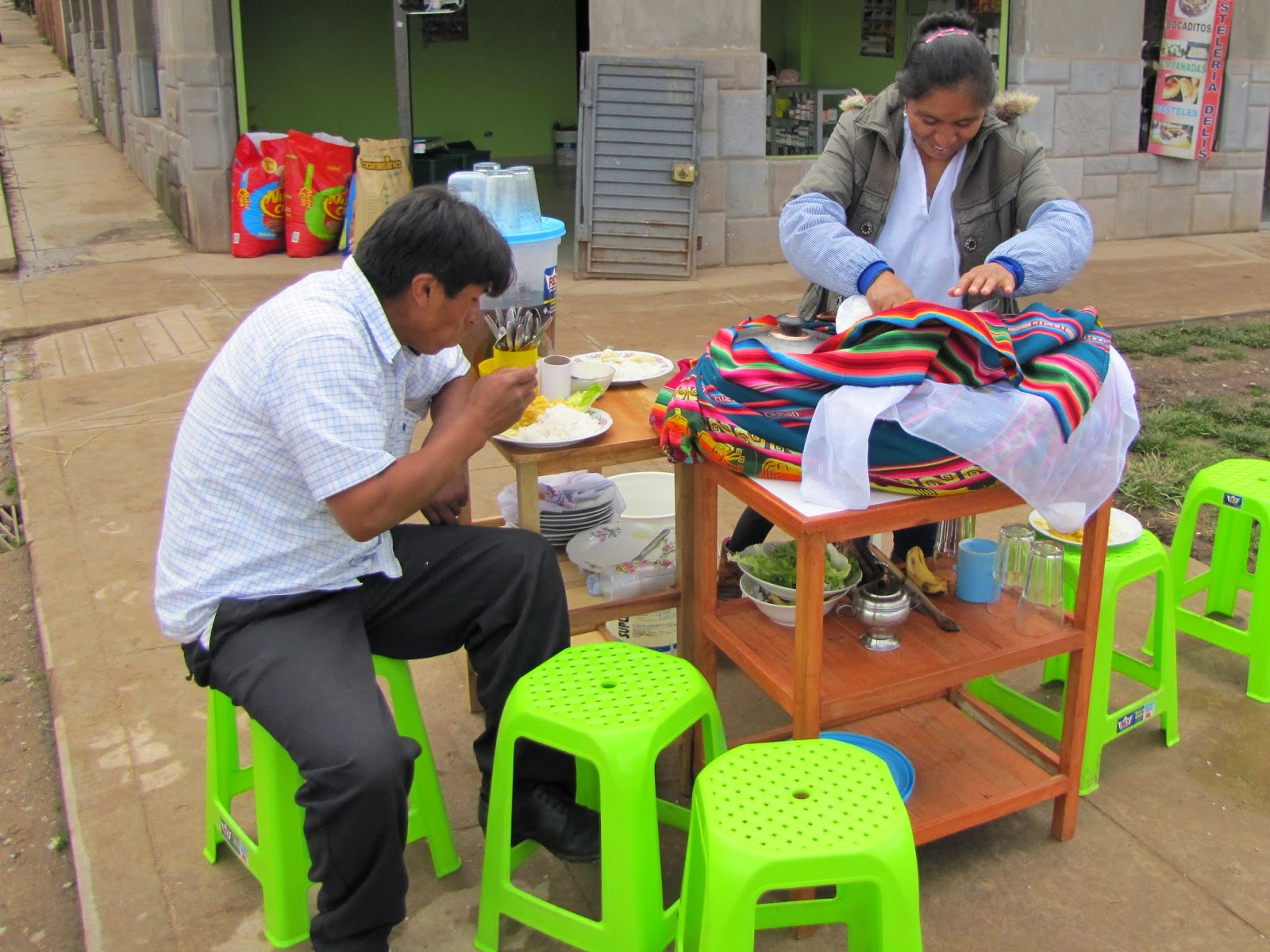 ...let me just share one photo of a typical cafe in the Andes. We were told that Peruvian fast food was available at many of these sidewalk cafes...a glass of quinoa punch, bread and cheese for $1.00 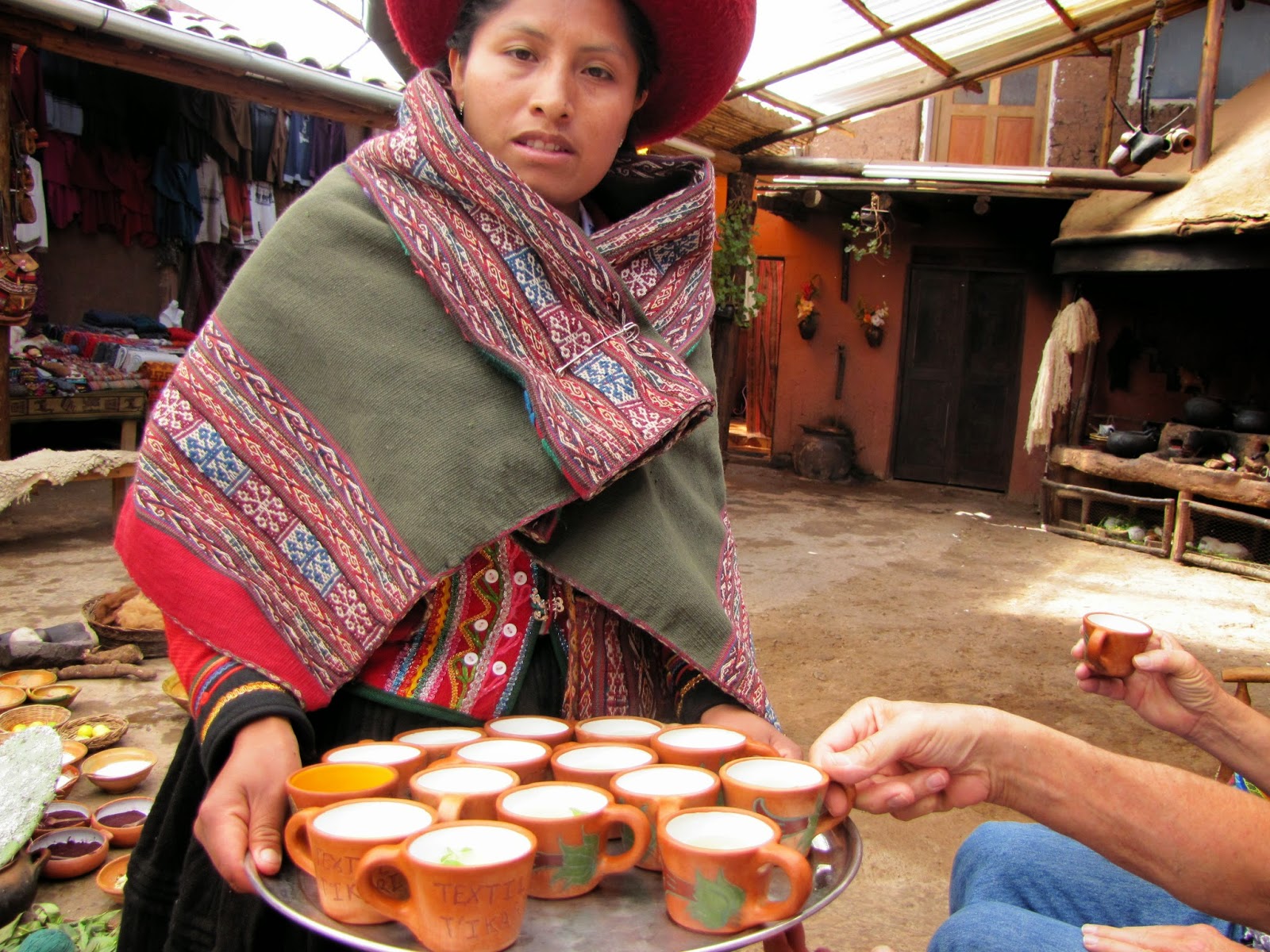 Coffee took a backseat to yerba mate most everywhere we went.  But in Peru...the hot beverage of choice seemed to be coca tea. It tastes rather like a green tea...made from the leaves of the coca plant which grows in the Andes.  We were encouraged to drink it to combat altitude sickness...and so I did.  And I quite liked it. 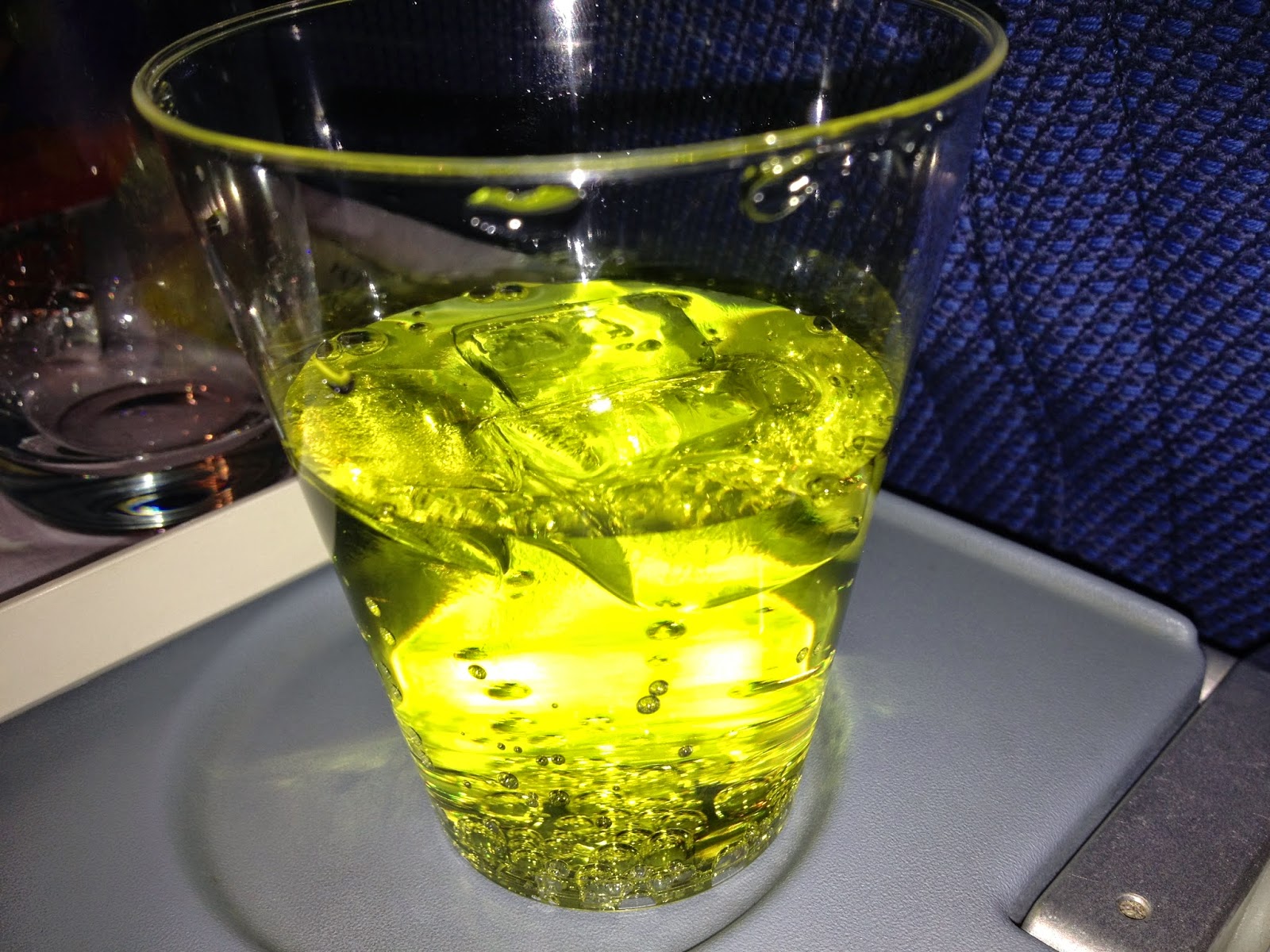 Inca cola is a Peruvian soft drink made from lemon verbena...a national icon since 1935. We sampled and decided to stick with water!

And on that note...I will end our tales from the trails of South America!  Should you be interested in re-visiting any of the past posts...I'll link them all them all here: 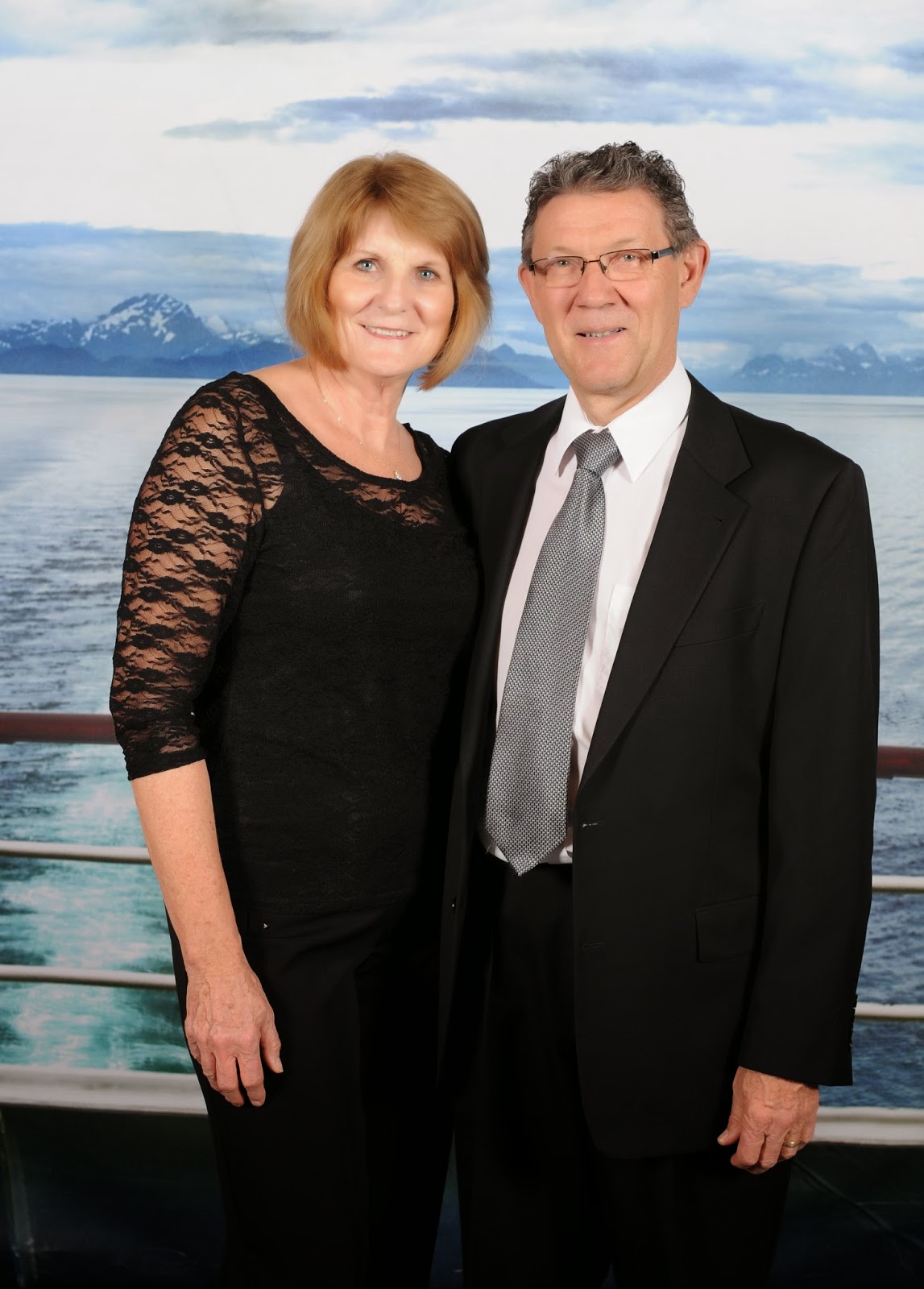