It was 25 years ago that Vancouver welcomed the world for Expo 86. The fair ran for more than five months, and 22 million people attended. It was the last world's fair to be held in North America.  And it was such a fun event to be a part of.  We have great memories! 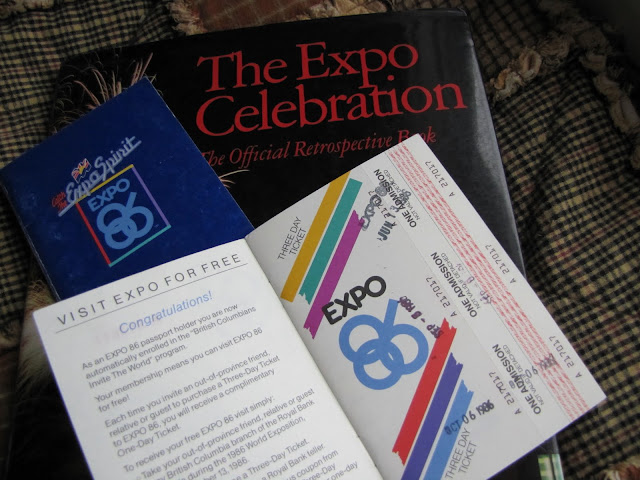 We started with three day passes...and went from there!  We soon figured out that there was no way we could cover it all in three days. 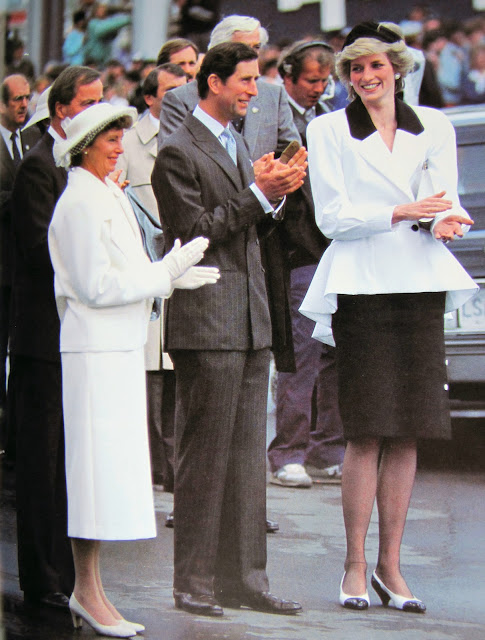 Yes...I really did take this picture!  But since I was not invited to the opening ceremonies...where our premier and his wife and Prince Charles and Diana, Princess of Wales, were doing their duty...I had to resort to taking a picture of the photo in my official Expo 86 Retrospective book.  The rest of the photos in today's post are copies of slides that I took 25 years ago. 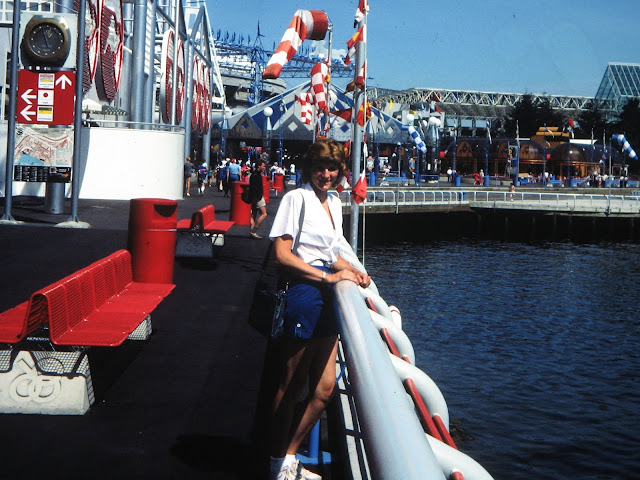 ...we visited Expo as a family for the first time.  That was exactly 25 years ago. 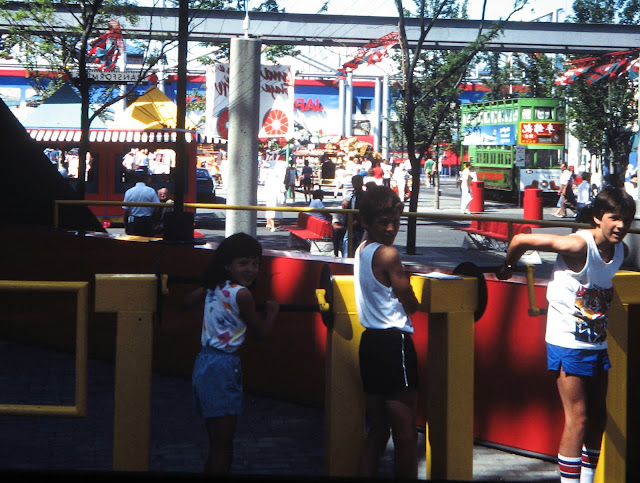 Heidi, Jeremy and Kris were just young'uns...and had a fine time, as I recall. 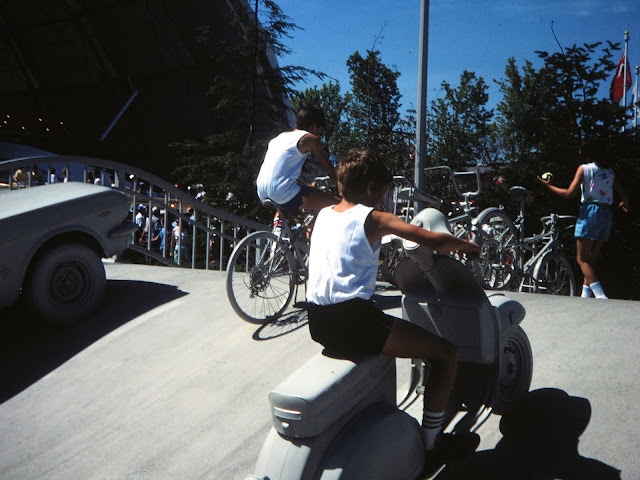 We walked Highway 86...a four-lane boulevard loaded with more than 200 cars, bikes, planes and boats...along with other methods of transportation.  Everything was uniformly grey...sprayed with concrete...a monument to the transportation theme. 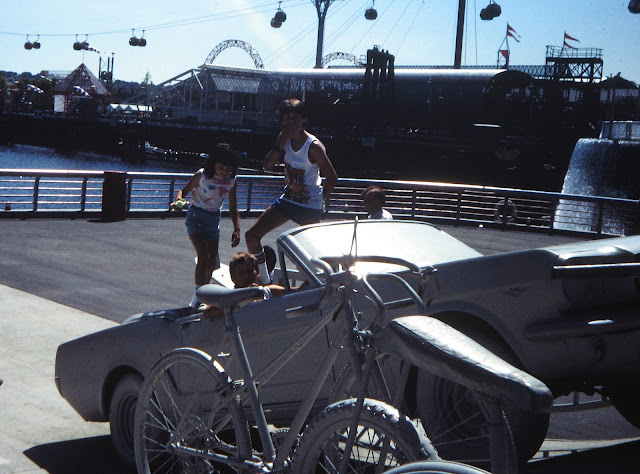 The idea was to use the the vehicles as places to rest.  I think the kiddos checked them all out! 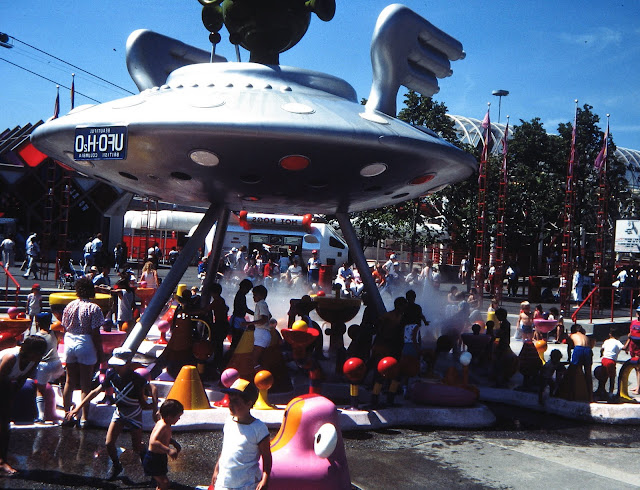 UFO -H20 was the name of the water park...a favorite attraction for the kids on a hot day.  (I noticed that if you put the slide in backwards when scanning it becomes 02H-0FU...but it still means water, trust me!)

It was the last of the great world fairs...so they say.  And we are left with many good memories...and also with some great venues! 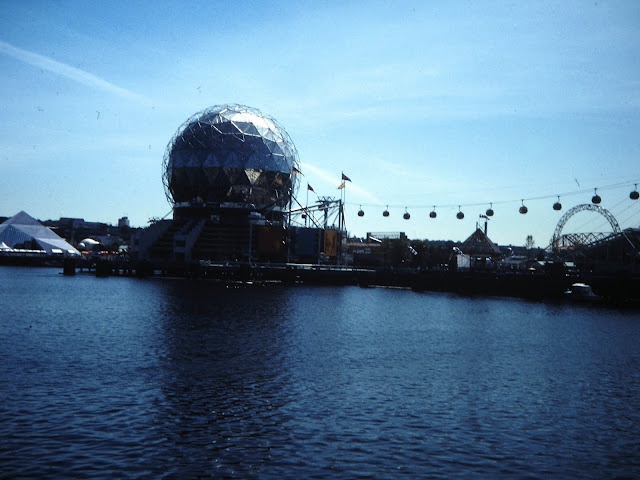 That was how Science World looked 25 years ago.  It was called Expo Centre at the time and re-opened in 1990 as a science museum.

It was Expo that brought SkyTrain to Vancouver...an advanced light rapid transit system that the city could not do without.

B.C. Place...a domed sports stadium...has been the main venue for sporting events and concerts these past 25 years.  It is presently undergoing an upgrade...and is scheduled to re-open later this year. 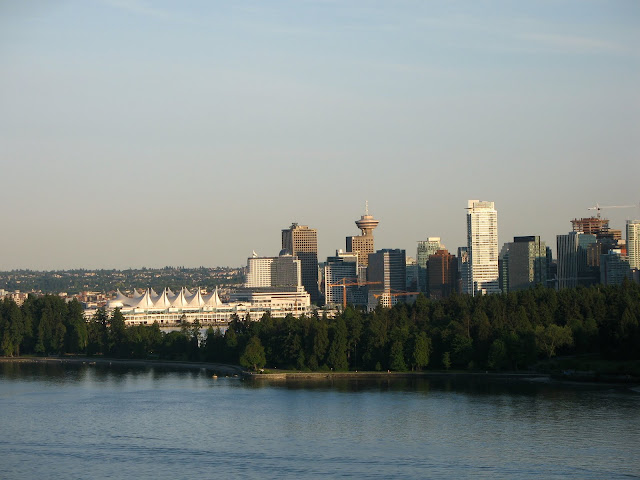 The sails of the Canada Pavilion are a most recognizable and welcoming part of the skyline.  Canada Place is now a major downtown convention center and cruise ship dock.

Expo 86 really put Vancouver on the map.  And it was sure great to be a part of it!  If you were at Expo 86...or any other World Fair, for that matter...tell us about it in the comments today.