I'm reading a book right now called 'Pilgrim of the Heavenly Way'...the autobiography of Daniel Smith...a Plymouth Brethren missionary to Asia for many decades in the past century.  Daniel was born in Yorkshire England to Scottish folks...and tells of the series of extraordinary events that started him on the 'heavenly road' and eventually to China's Yunnan province to work among the Nosu tribes.  He was preoccupied with his work...and never gave a second thought to marriage.  But one day God gave him the name of Catherine McGlashan...and for more than two years he knew she was to be his wife...though he had never met her and did not know who she was.  God's ways are perfect...and eventually he met Catherine while travelling in West Yunnan.  He found her walking alone in a garden one day...and told her his story.  Three days later they were engaged... 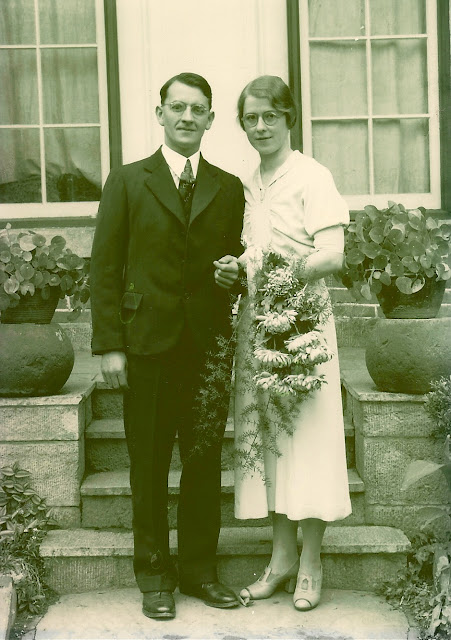 Daniel and Catherine Smith
...and soon they were partners on the mission field!  It was in the mountainous region of northern Yunnan...far from civilization and with no medical help nearby...that their first child (a daughter named Roxie) was born.

I won't tell you the whole story...but I find it most interesting...since it happens to be my daughter-in-law's grandfather who is telling his life story.  I never had the opportunity to meet him, since he was 'promoted to glory' long before Broni became part of our family.  But I met his wife...Cathie...Broni's sweet little grandma Smith on several occasions. 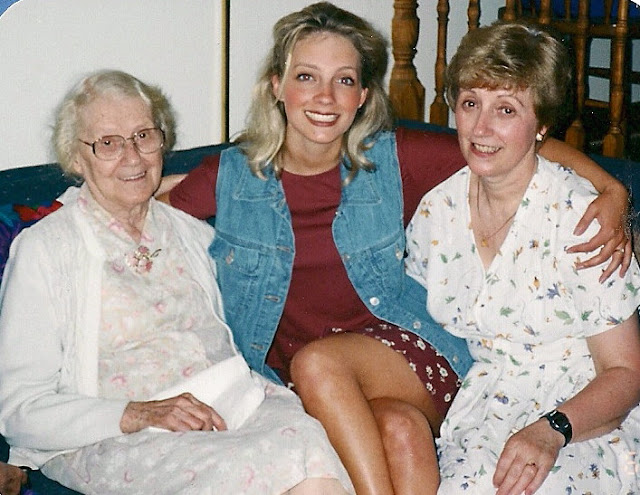 Cathie ~ Broni ~ Roxie 1996
Roxie lives nearby...and we share three sweet grandchildren...and so it is most interesting to read the family history and to see what stories dwell in other branches of my grandchildren's family tree.

Daniel Smith spent his entire life in the ministry.  When the doors to China were closed after the Communist takeover...he worked among the peoples of India and Sri Lanka.  In his book he humbly shares how God worked in and through him during his life.

He dedicates his book to his loving wife Catherine and to his four children 'whom, I pray, I shall meet amidst the unutterable glories before the face of our Saviour, the Lord Jesus, and to their husbands and wives...and to our grandchildren whom, we pray, shall follow on in the highway to heaven'.

Daniel Smith had no great-grandchildren when he wrote his life story...but I am sure his prayer of dedication covers Emme, Spencer, and Ryder as well.  What a blessing to have godly ancestors...who have set such a good example for those who come after.

ETA ~ 'Pilgrim of the Heavenly Way' was originally published in 1979...but was re-published in 2010 by Granted Ministries Press of Hannibal, Missouri and is available on their website.