With the sun shining after a long, wet spring...the farmers in our area were all focusing on farming yesterday.  At our place...it was a race against the coming rain to get the corn seed into the ground at long last!  All the tractors were working...and in the end the only tractor left to do the planting was a trusty old John Deere without a cab.  A tractor without a cab on hockey night...is not a good thing.  That means a tractor without a radio! 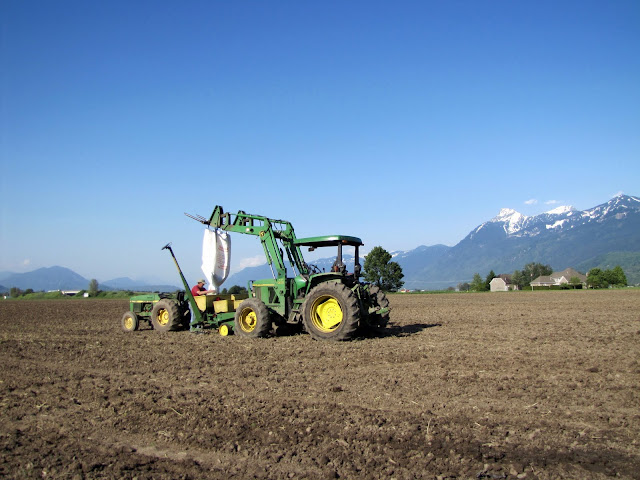 I brought supper out to the field after the first period...and told him the score was 0-0. 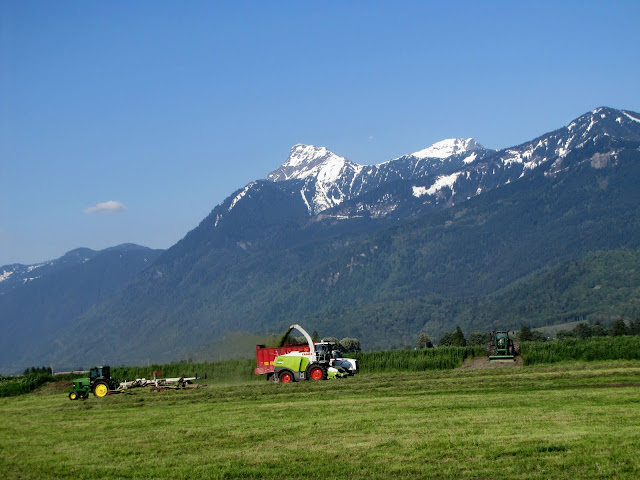 Across the road from our place...they were also missing out on the hockey game...and focusing on getting their first cut of grass in.

I tried calling Elmer after Boston scored the first goal...but just got his voicemail.  I tried again after their second goal...voicemail.  I quit calling after the third...and fourth...and eighth goals. 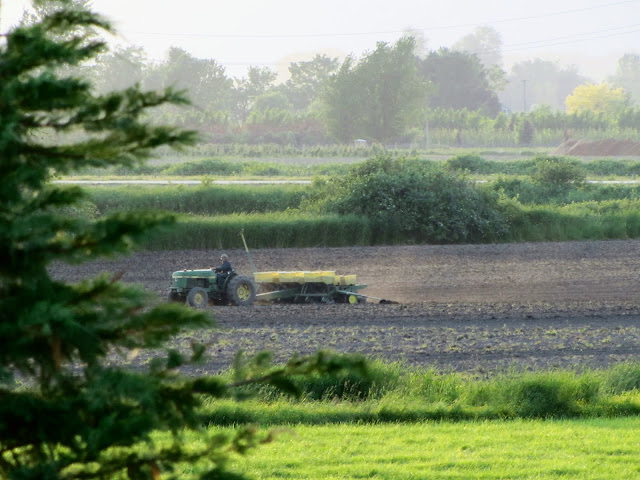 As the sun was setting...I zoomed across the fields and saw he was still planting.  By the time he came in...he was more interested in a good cup of coffee and a nice warm shower...than watching the recorded hockey game.

As for the Canucks...maybe they were focusing on farming last night too.  Hopefully they will re-focus for Wednesday night's game!