In 1986 we flew to Iowa for my brother's wedding.  We had a wonderful time...but the trip had its share of memorable moments. 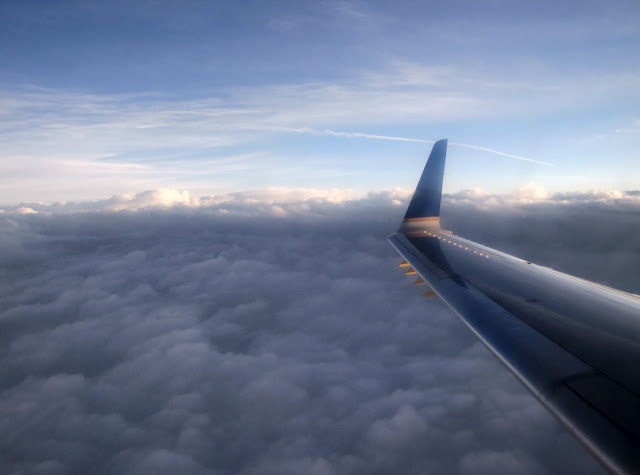 At that time we flew with Frontier Airlines from Vancouver to Iowa...via Denver...together with my sister and four-year-old nephew who was to be the ringbearer.  When one gets a good deal on seats...one can expect a few glitches, it seems.  We made it there...barely...as did the groomsmen who were flying the same route.


On our arrival in Iowa, everyone asked us how we planned to return home.  'Just like we came...with Frontier Airlines via Denver'...was the plan.  What we didn't know was that Frontier Air had declared bankruptcy and was no longer flying.  Oh dear!  We decided to enjoy the wedding and worry about the return trip later.

After many phone calls we discovered that United would honour the bankrupt Frontier Air tickets, on a stand-by basis.  They warned us that we could be spending a lot of time en route.  And so it was decided that my wee nephew would forfeit his worthless ticket and travel home with his grandparents in the motor home.  The rest of us went to the airport to try our luck at getting home.  We made it to Denver in no time.  There we were informed that we would never get to Vancouver, since Expo 86 was in full swing and there were no empty seats to be had.  United offered us seats to Seattle...and we accepted.  Then we were just three hours from home...though our car was at the airport in Vancouver.  Eventually we found a ride to Vancouver...and on home.  It was trip to remember.  And we never forgot that it was United Airlines that came to the rescue.

Fast forward 26 years.  Once again we flew to Iowa for a wedding.  This time it was my nephew who was getting married...my brother's eldest son.  Once again we had a wonderful time...but this trip went much more according to plan then the one so long ago! 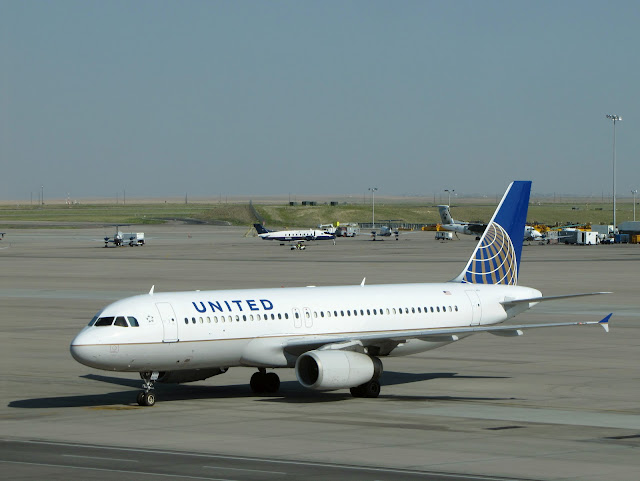 This time we flew United right from the get go! 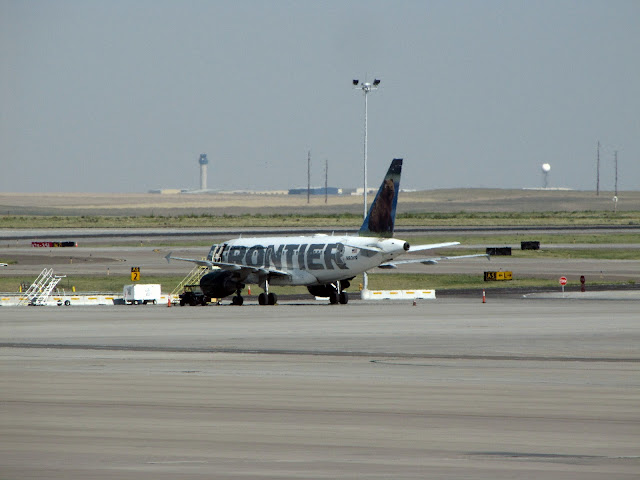 At the Denver Airport we saw Frontier planes sitting pretty...but somehow the name held no appeal for us.  Though we enjoy traveling to Iowa on occasion...we like to come home as well!

After a wonderful time in Iowa (where it was mighty warm)...we returned home via Denver...just as we came. 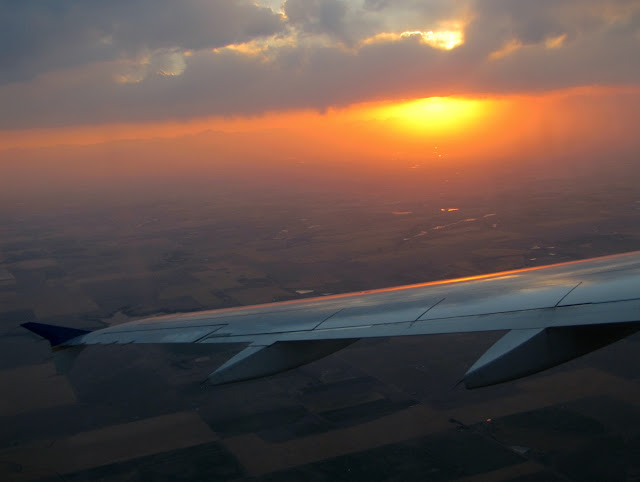 On Tuesday morning after breakfast we began the journey home.  It was an all-day excursion...one that involved sitting in Denver airport for many hours.  We left Denver as the sun was setting.  And nearly three hours later... 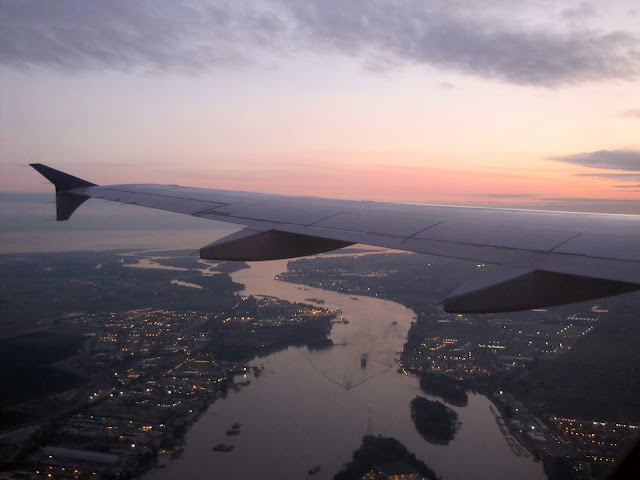 ...we arrived in Vancouver as the sun was setting.  It was the second longest day of the year...and it felt like it!  Will there ever be direct flights to Cedar Rapids, Iowa?