Though many are mourning the usual hockey season...
what with the NHL strike...
we discovered we can get our hockey fix locally. 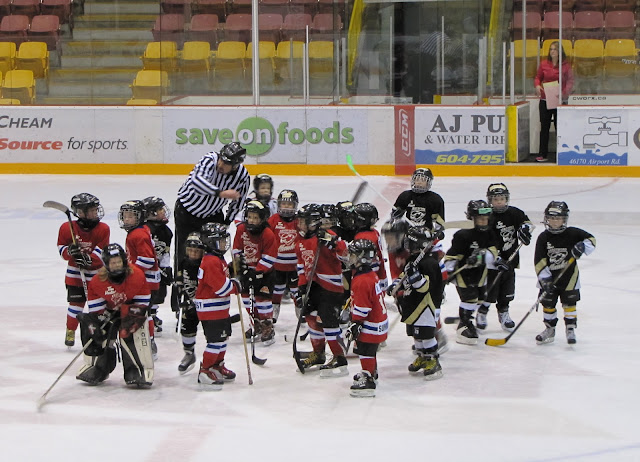 Watching six-year-olds play hockey is fabulous entertainment...
and it's free!

Ryder is playing for the first time this year...
and we went to watch. 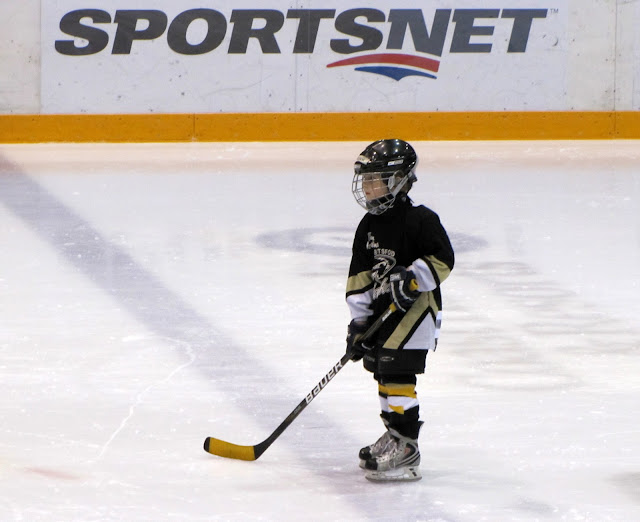 He looked so serious out there.
I could have sworn it was his dad under all that gear.
That's just how he looked...some three decades ago.
But he never played hockey at that age. 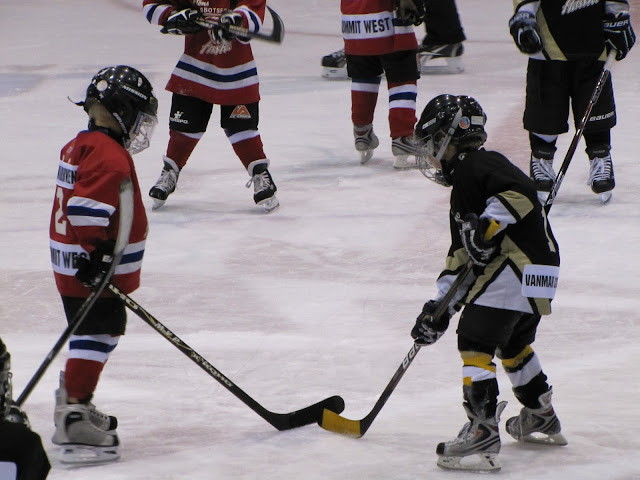 They all had their chance at playing the different positions.
Ryder seemed to play forward...
no matter what his position! 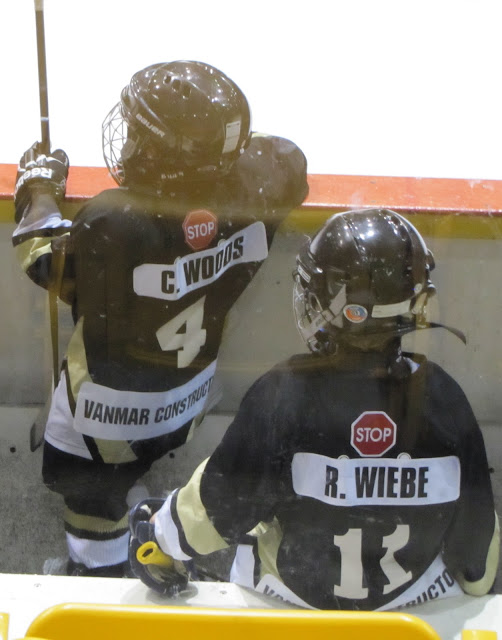 He was so cute sitting on the bench.
He wouldn't turn around to look at us.
Not until the match was over.
Oh...it was a tie game.
It is usually a tie game.
That's a good way to end!
And when it was all over... 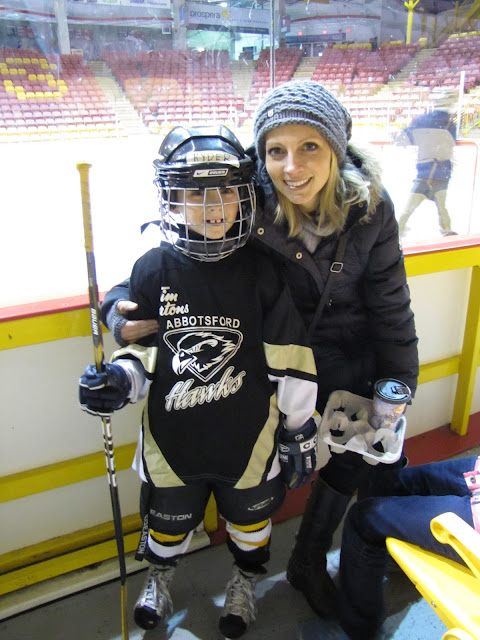 ...he posed for me with his most loyal fan. 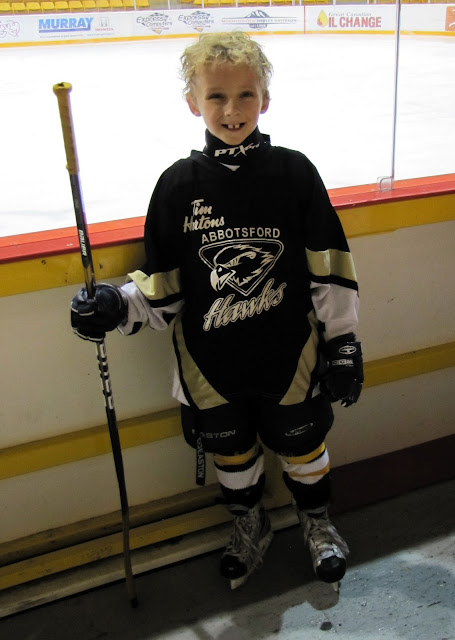 Love that smile.
Love that hockey player!
Who needs hockey on TV when when can watch the real thing...
right here in town?

Oh...
and we had Tim Horton's coffee while we watched.
It seemed appropriate since he plays on the Tim Horton's team.