of fog, flights, frustrations and flowers...

Yes...
we have been reunited with our motorhome and are back on the road.

It didn't happen quite that quickly though.
Let me tell you!

Why did it not occur to us that if the sun is shining beautifully where we live...
areas near the water are experiencing fog?
Thick fog...
that makes it impossible for planes to land or take-off.

We showed up at Bellingham airport on Saturday morning in plenty of time for our scheduled flight.
There were no planes coming or going.
The airport was blanketed in fog.
We waited...
hoping the fog would lift.
The flight was delayed.
And finally...
our flight was cancelled.
Everyone scrambled to re-book.
There were no other flights that would get us to Harrisburg that day.
Eventually we took a shuttle bus to Seattle and tried our chances from there. 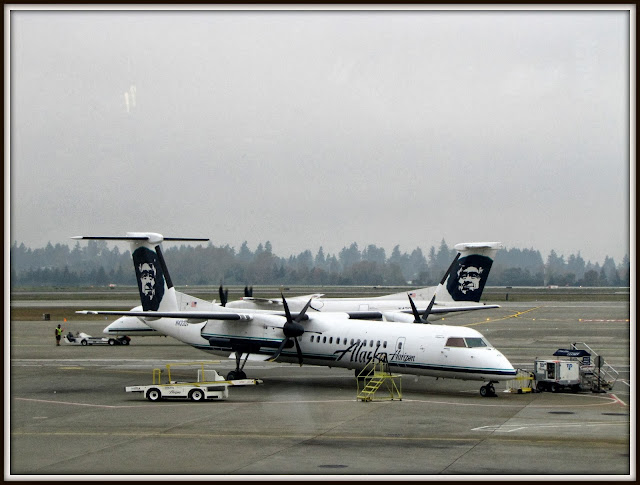 In Seattle the fog had lifted somewhat...
planes were coming and going.
At long last we flew Alaska Air to Las Vegas...
and from there we caught the red-eye flight to Philadelphia.
We cancelled the car we had booked in Harrisburg...
and booked another in Philadelphia. 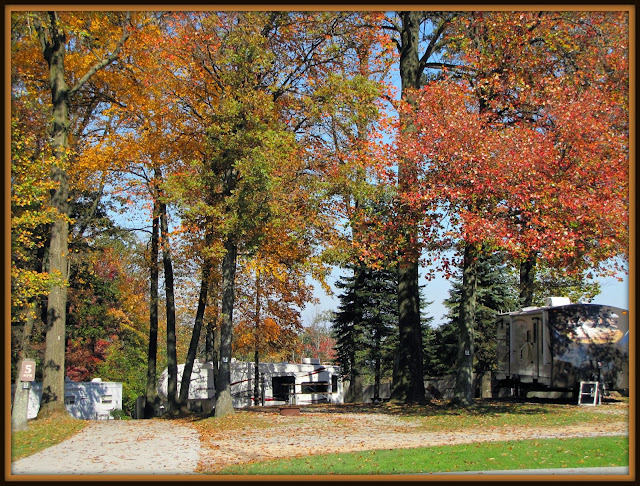 By mid-morning today...
we were back at the beautiful White Oak Campground in Strasburg.
It was right where we wanted to be.
We just arrived a little later than planned...
and got there by a totally different route.
Oh...and a little tired!

We felt like we had run the Amazing Race...
and won!

Especially when we found a beautiful bouquet of flowers waiting for us at our campsite. 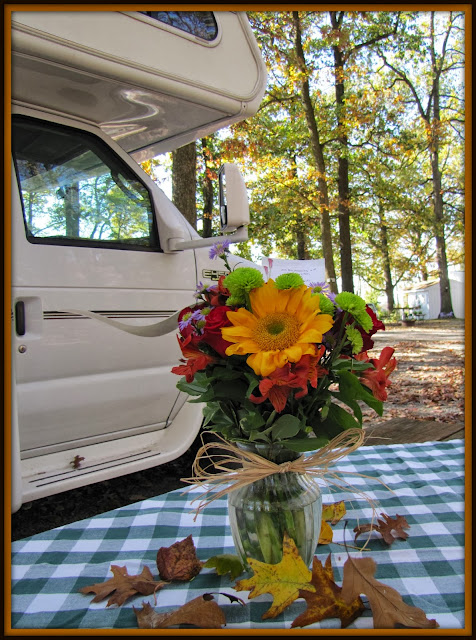 Our camping table has never looked so good!
Somebody knew that flowers have a way of brightening the day.
Thank-you so much!

Tomorrow we are driving south...
en route to the scenic Blue Ridge Parkway.

The sun is shining.
The leaves are fabulous.
It's a very good day!