come with me to the mountain top...

The other morning as the sun came up... 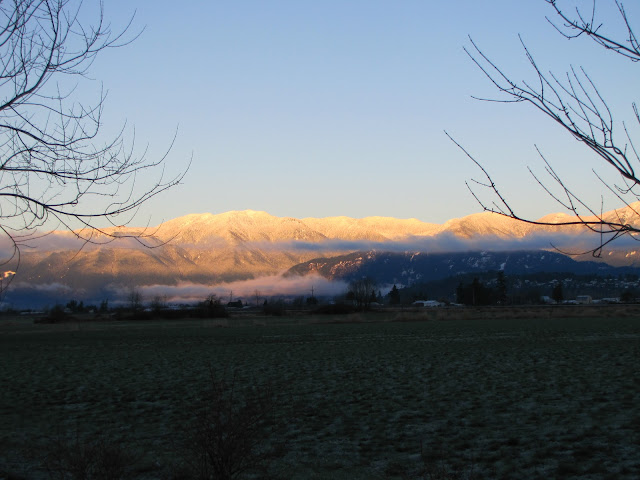 ...this was the view to the north of our place.
It was my 'treadmill' view.

We had tentative plans for that afternoon...
but put them on the back-burner and decided to head to those mountains instead. 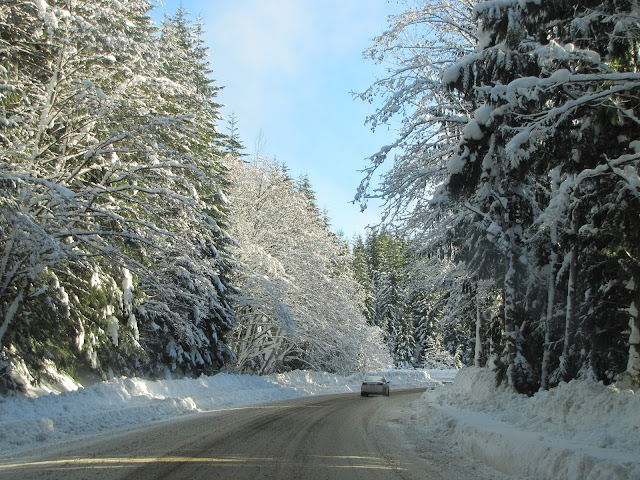 We crossed the Fraser River and soon we were on our way up the hill. 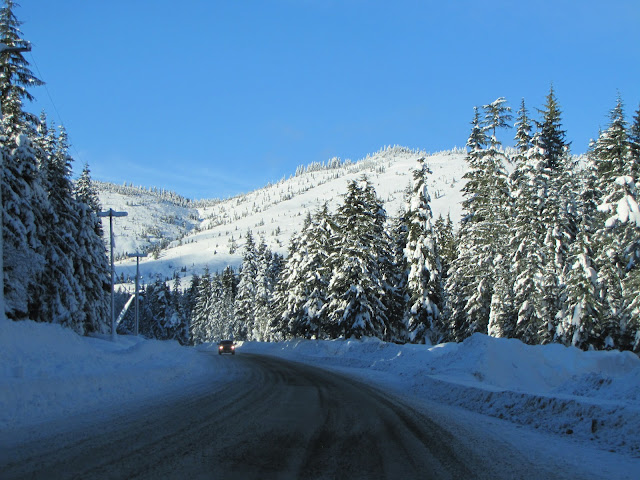 In less than an hour we arrived at Hemlock Valley Ski Resort. 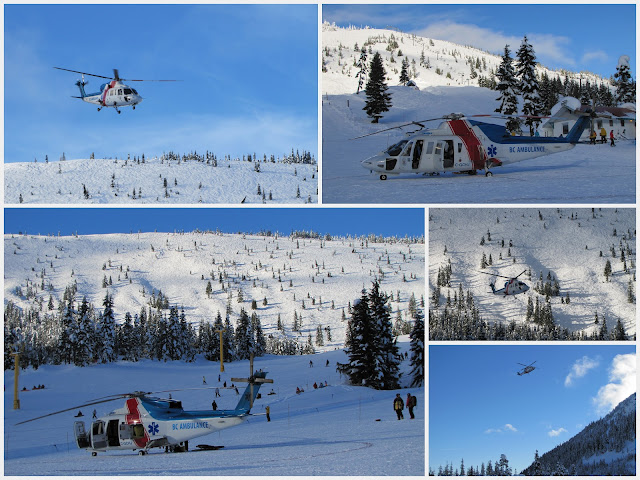 We arrived at the same time as the helicopter ambulance.
Someone's day on the slopes did not end as they had hoped! 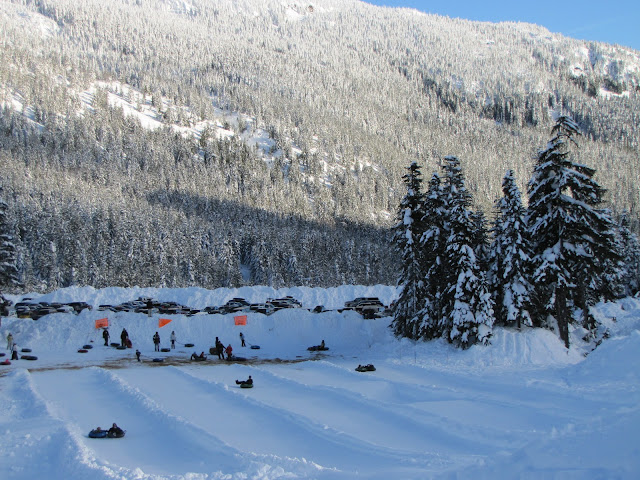 It seemed many young families had come to play in the snow.
The parking lots were full...
and the line-ups for the lifts were long. 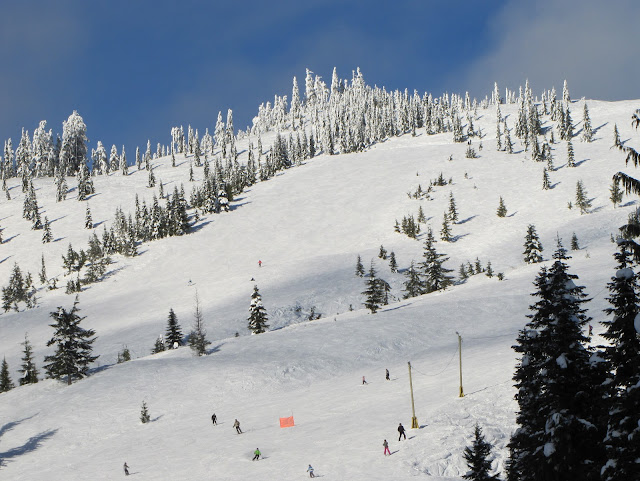 For the record...
skiing is a spectator sport for me.
I have skiied only occasionally over the years.
I fare better on the side-lines...
with a camera! 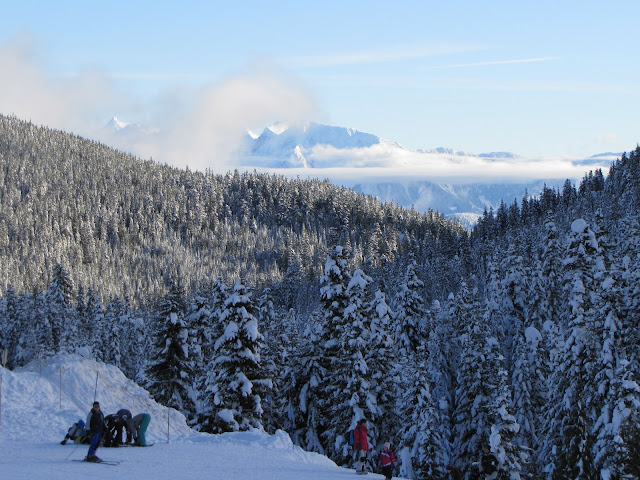 Though Hemlock Valley is a small ski resort...
it is not lacking in beautiful scenery! 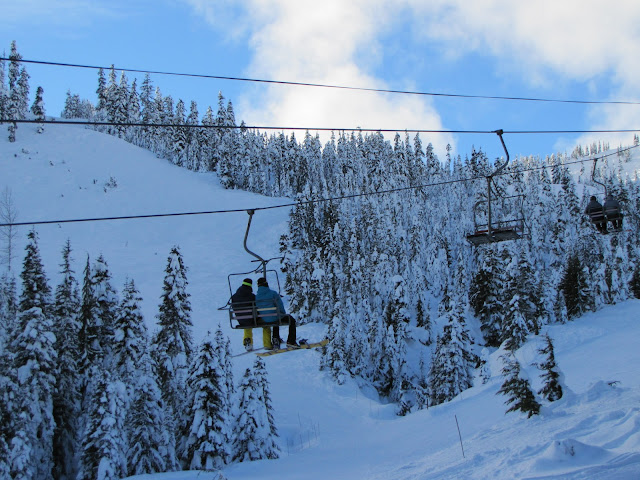 I envied the skiiers their ride up the mountain on the chair lift on this beautiful day. 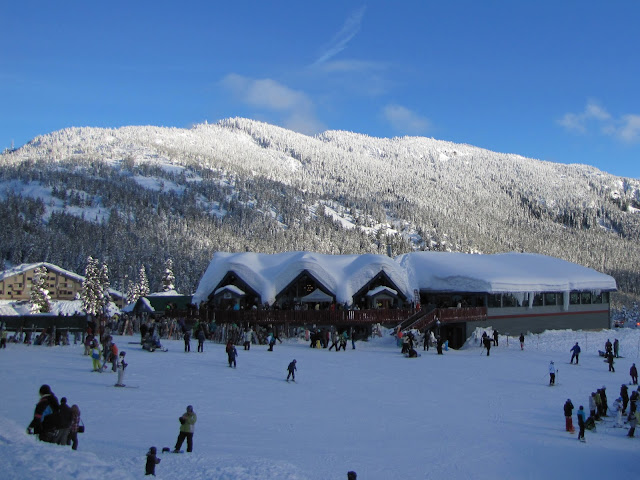 Since Hemlock is quite close to home...
we brought our kids here on occasion many years ago. 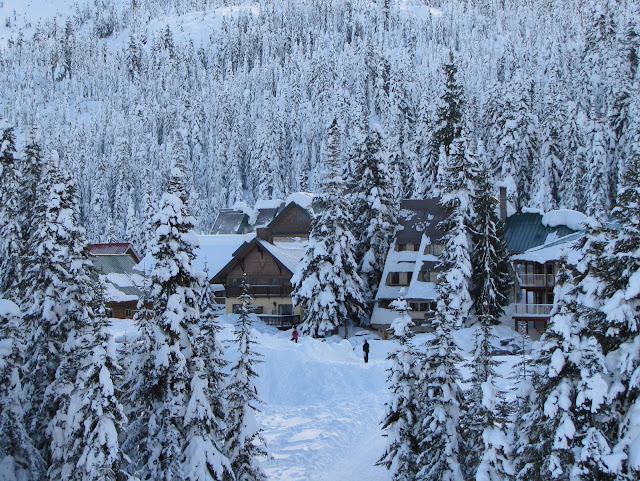 One time we stayed in a rental cabin...
and spent a few days....
as chaperones of a youth group. 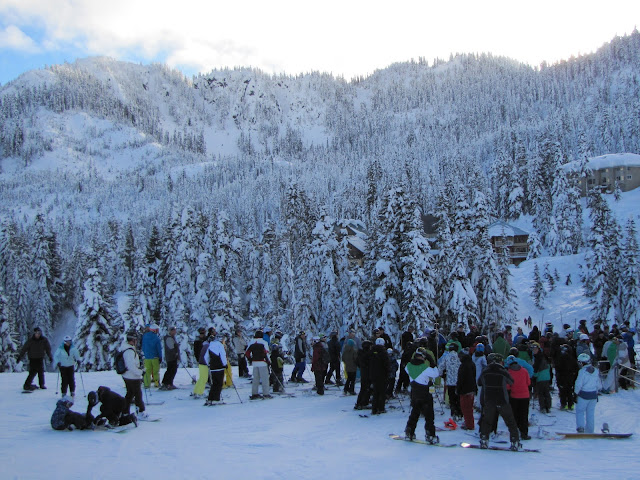 I don't recall ever seeing so many people up there before. 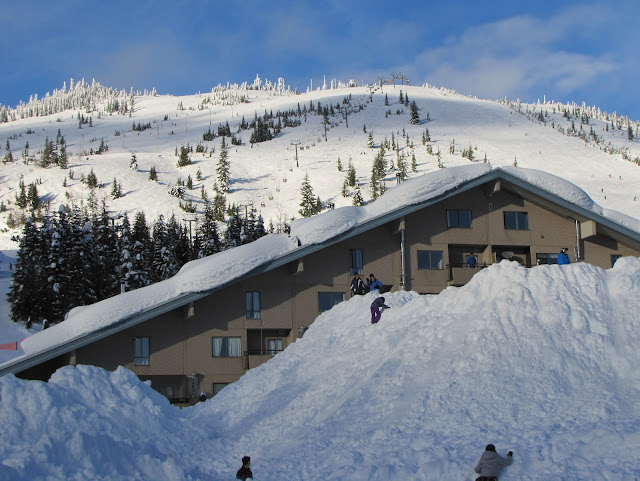 The last time we had been to Hemlock with the family was Christmas of 1999.
We stayed in this lodge.
The kids skiied.
We cross-country skiied.
I cooked.
We played games.
It was a good time. 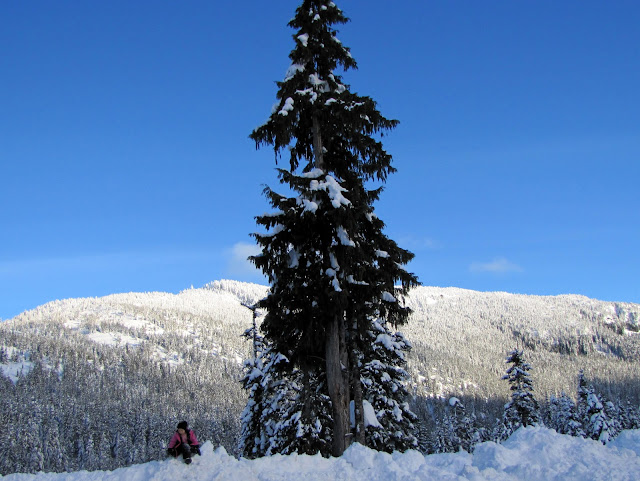 I'm not the only one who likes to observe from the sidelines! 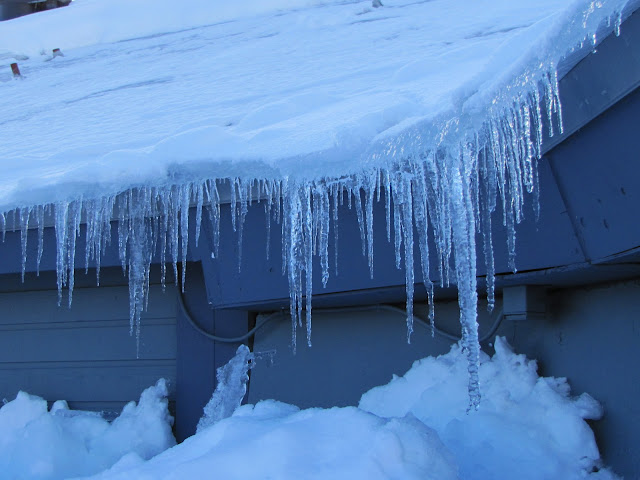 Hemlock is a wee winter wonderland right close to home. 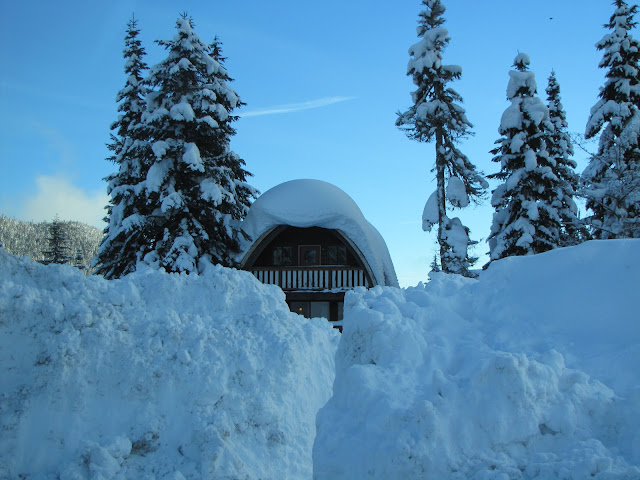 We so enjoyed our little trip up the mountain... 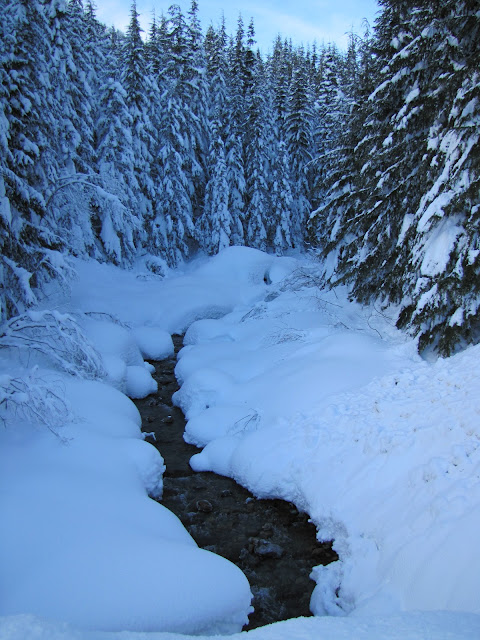 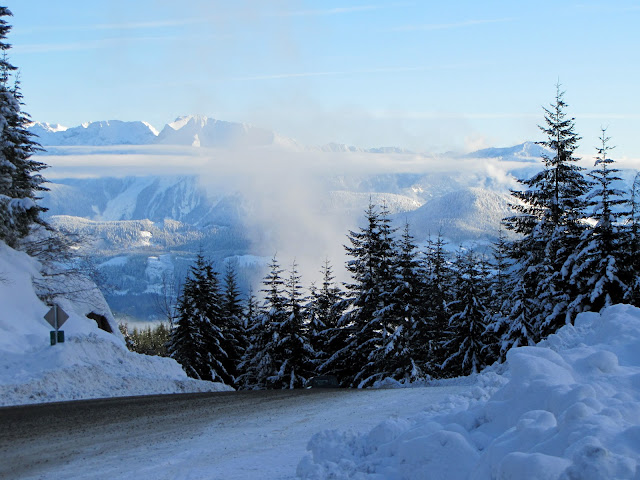 We couldn't have picked a nicer day to go. 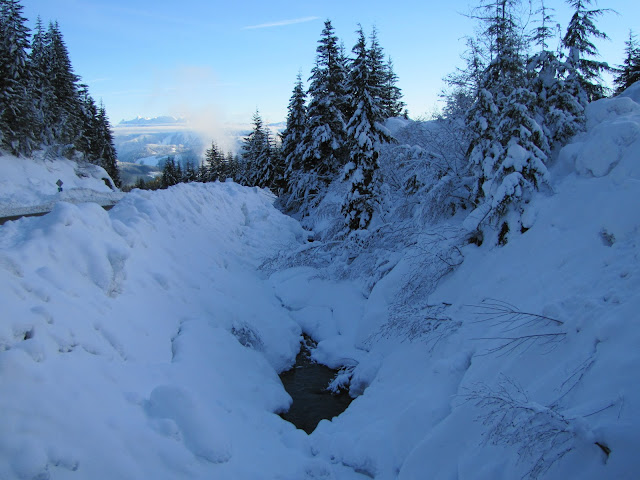 It is said that Hemlock Valley is one of the best kept secrets of southern British Columbia. 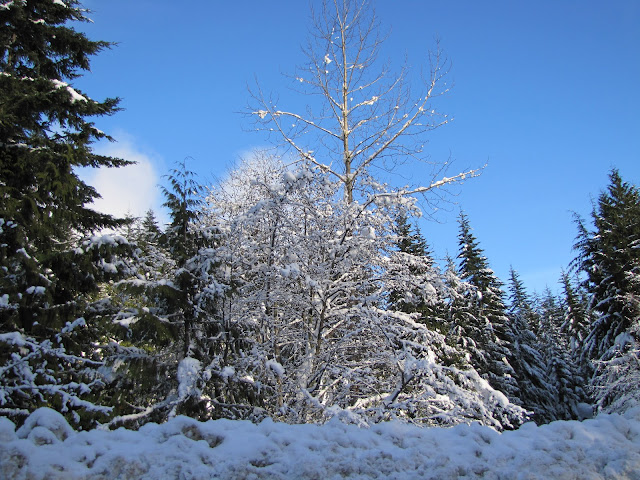 It's a lovely spot on a sunny winter day.
Secrets are never safe with me! 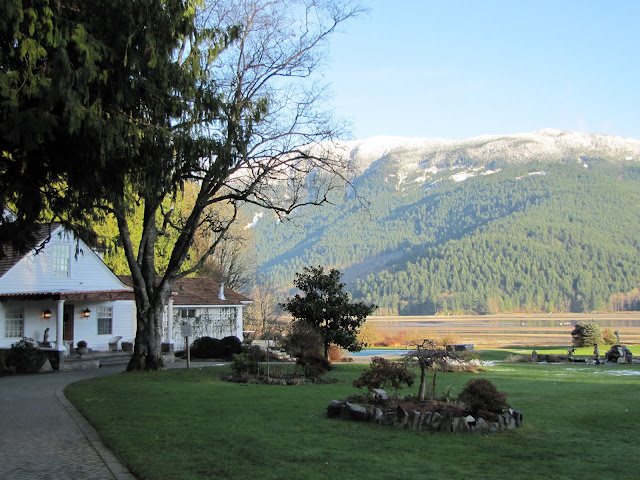 Once safely off the mountain...
we stopped by a golf resort along the river...
for a cup of coffee and to enjoy the view. 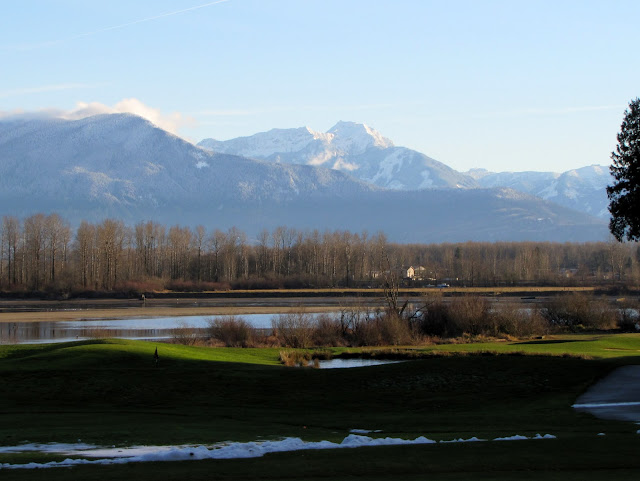 Just 20 minutes from the ski slopes...
we could watch the golfers in action.
And we could observe the eagles swooping overhead. 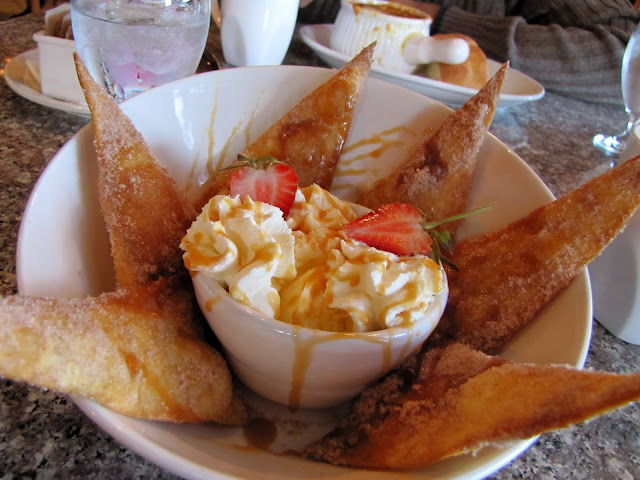 The coffee needed a little something to go with it.
Mini-cinni nachos with vanilla bean ice-cream hit the spot! 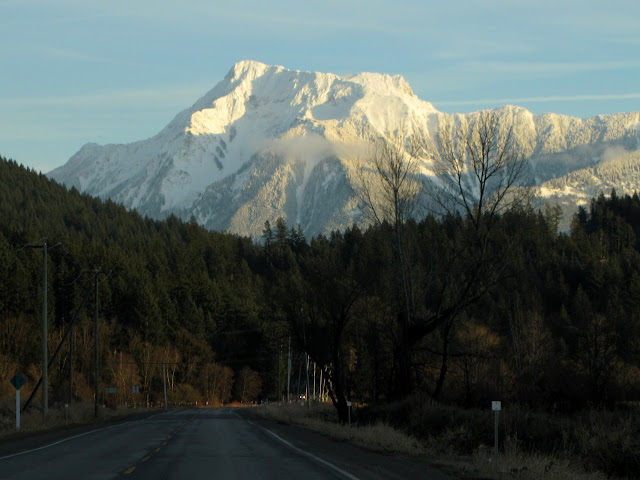 And so ended our trip up the mountains...
with a drive home along the other side of the river...
and a slightly different view of Mt. Cheam!