The  Paramount Theatre has been a fixture in our city since before my time.   Going to the movie theatre wasn't something that happened in my childhood home...so I never paid much attention to our theatre until I was in my late teens.  Then I went on occasion...to the likes of Ben Hur, Nicholas and Alexandra, Butch Cassidy and the Sun Dance Kid, and the Poseidon Adventure.  Historical, educational...productions based on real life events.  It was a grand old theatre...with a large balcony...back in the day. 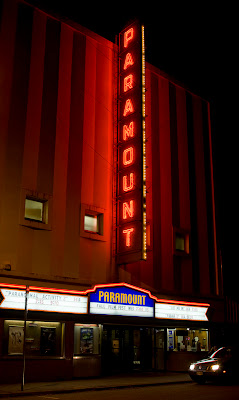 On Sunday we drove through the old part of our city...and got a bit of a surprise.  Oh, we knew it was coming...just not when. 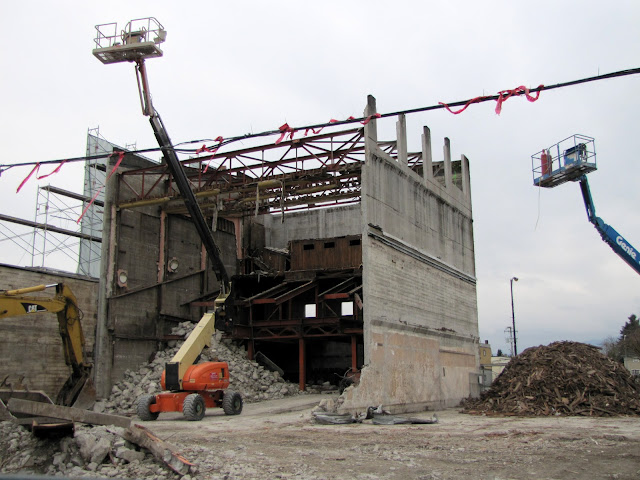 The forever fixture is being demolished.  Where the theatre once stood...were a few concrete walls, some steel supports and a pile of rubble.  We pulled into the parking lot behind the building...and thought for a moment we were at a drive-in theatre.  Cars were coming and going...parking for a time just to have a look. Some had their camera.  We visited with those who were parked next to us...and reminisced. 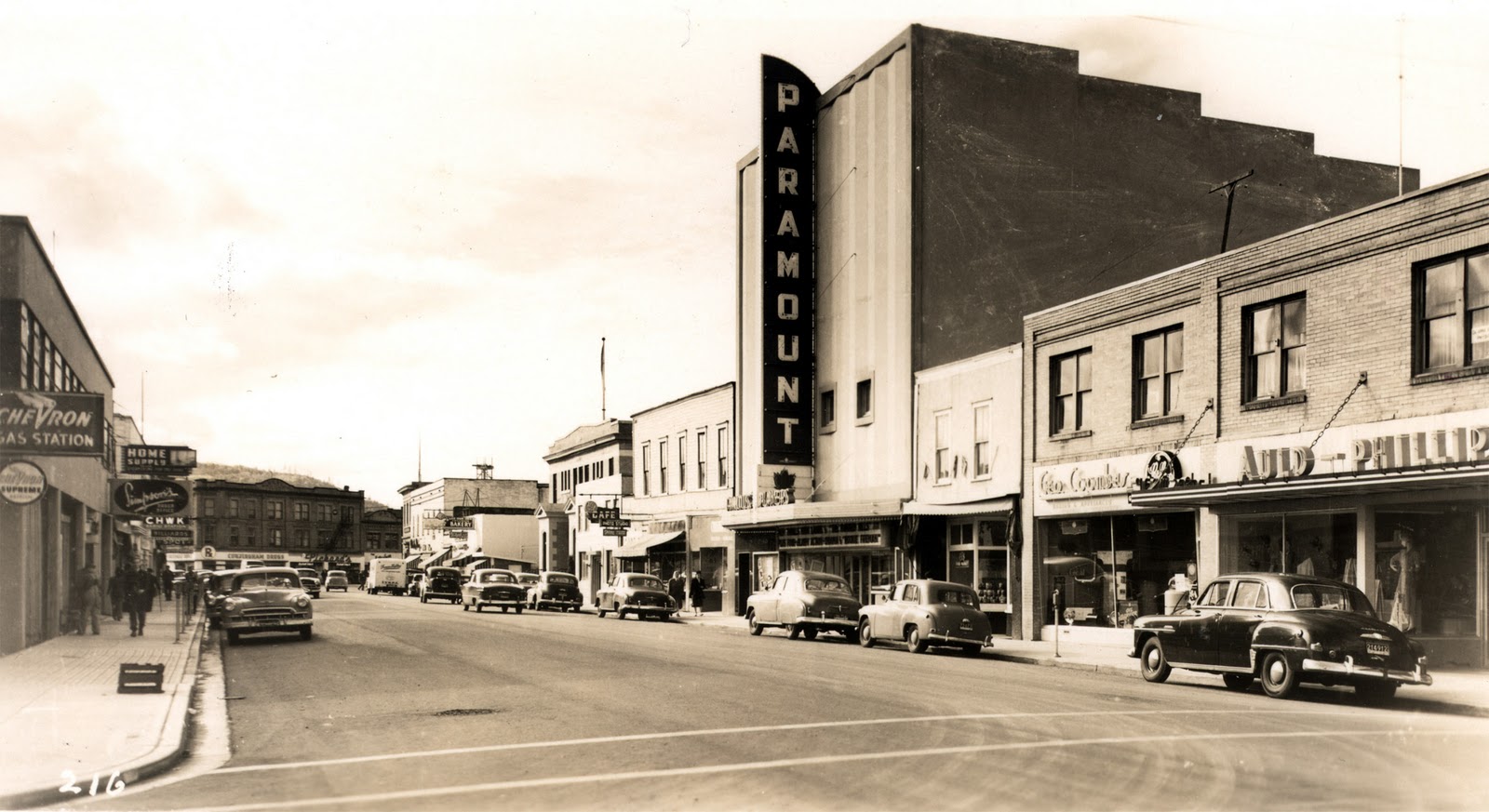 When the Paramount Theatre first opened on June 9, 1949 it was billed as being 'completely ultra-modern, including the modern miracle of air conditioning, soft restful spring chairs, sound installation and a popcorn and candy bar in the lobby.'  It accommodated six hundred and eight people on the first floor with another 292 on the balcony level.  It had a sloped floor and high screen and it was boasted that even the shortest theatre-goer would be able to see over the tall lady with the high hat in front of them.

On November 3, 2010 the Paramount Theatre closed its doors for the last time.   After 61 years...it could no longer compete with the new multi-plex theatres on the outskirts of town.  Landmark Cinemas donated the theatre and the property to the city of Chilliwack.  Though it seemed like a generous gift at the time...it was soon discovered that to refurbish and restore the old theatre would would not be the fiscally responsible thing to do.  The tax payers would not say 'thank-you'.  Last summer our city council voted (6-1) to demolish the old building.  So now we will  have to wait and see what the future holds for that site.

Though The Paramount is gone...we have our memories.  And some even have theatre seating as a souvenir...complete with popcorn stains and old chewing gum.  The seats were given away...in sets of four...by way of random draw from all who applied.  My name was not in the hat...though I considered it throwing it in. 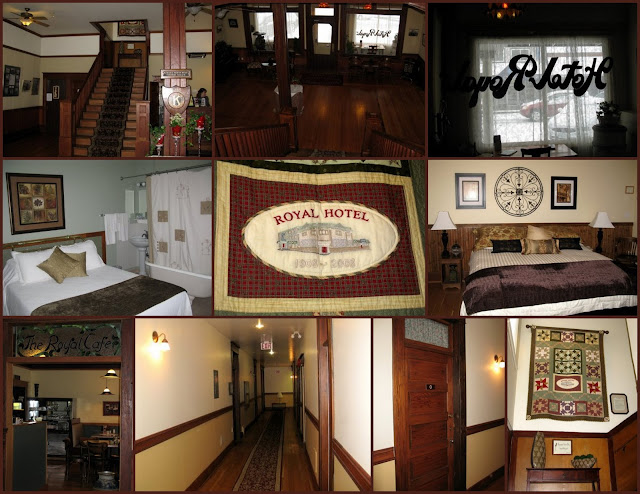 We carried on past the demolition site...and went for lunch at another lovely old spot in our city. The Royal Hotel has been in business for over a hundred years...and served up wonderful Chinese food back in the day. For many decades I had not entered the building...but in the recent past we have been there for lunch several times.  The Royal Cafe is under new management...and is a nice new/old place to go.

Thanks for joining me today on a tour of my historical hometown.