I may live in the country... 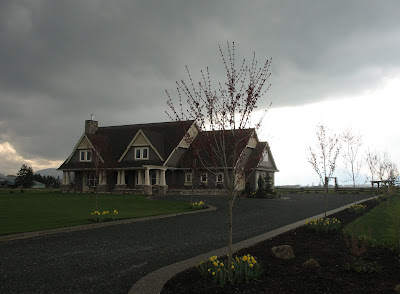 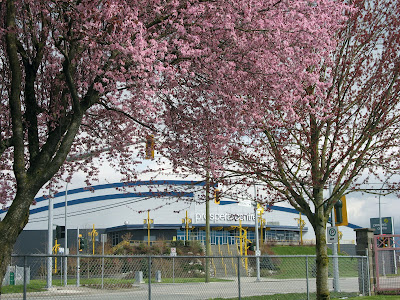 Until several years ago, we had no venue large enough to bring in the big names...but our 'new' Prospera Centre has changed all that.

Last night we heard Canada's country music favorite...Paul Brandt. I loved his first big song about 10 years ago...and have listened to his music ever since. He is one super guy...a pediatric nurse before he became a full-time musician. He is the most awarded male country musician in Canadian history, and besides turning out wonderful songs, he works tirelessly for Samaritan's Purse and World Vision. He is also the spokesman for Ford Motor Company...he probably sells a truck or two!

At last weekend's Juno's, Paul received the Allan Waters humanitarian award for his charity work. In his emotional acceptance speech, he shared with the glitzy and glamorous crowd about some of the children he has encountered in the most desperate corners of the world. Paul travels worldwide to deliver packages collected by Samaritan's purse for the underprivileged kids. His most recent campaign is to raise funds to purify drinking water where none is available...and even last night he encouraged the crowd to make a difference in the life of a child and contribute to this cause.

The concert was great...as was the audience! We gave Paul a good home-town welcome....when the first concert sold out immediately, another was added for Saturday night. Paul Brandt is Canadian (from Calgary, Alberta)...and I'm not sure how well he's known in the U.S...but he's worth getting to know.

One other thing...at least Paul knew when it was time to go home. By 10:15 we were all on our way, and even had time for a cup of coffee...unlike the marathon hockey game I attended at the same place two weeks ago. Hockey at midnight just isn't that appealing! 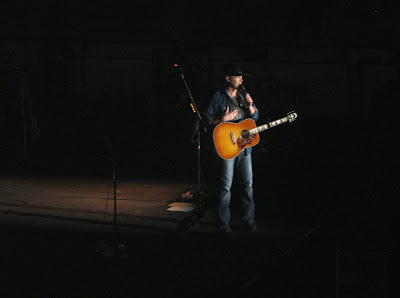 And thanks to my kids for a wonderful birthday gift...my birthday may have been months ago, but these concert tickets were compliments of the occasion. And I think I get to go to another concert soon (not country next time!)...as I help hubby enjoy a Christmas gift.

And now I need to get my life organized so that I am free to work outside all day tomorrow...because the sunshine is on the way. Wahoo!

Email ThisBlogThis!Share to TwitterShare to FacebookShare to Pinterest
Labels: minutia of life, music