If you are you finding the freeway of life a little too crowded and hectic
...try taking the scenic bi-ways for a spell! 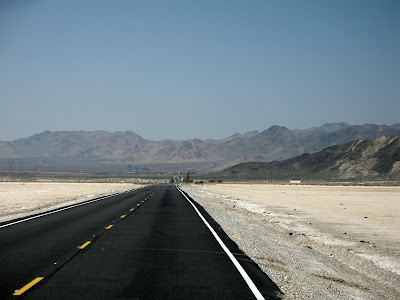 We travelled north from California along the narrow, desolate roads...not a good place should you require assistance, but just perfect if you are looking for a relaxing drive with unsurpassed beauty out the window. 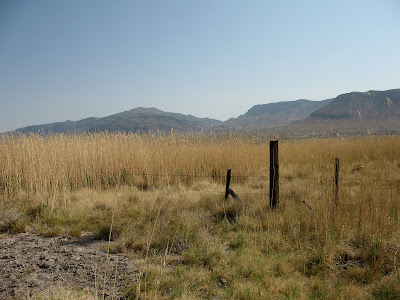 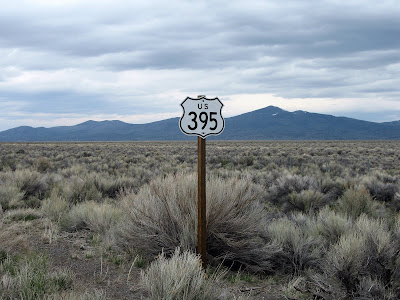 Towns are few and far between

...and even those with a population of 20 made the highway signs! 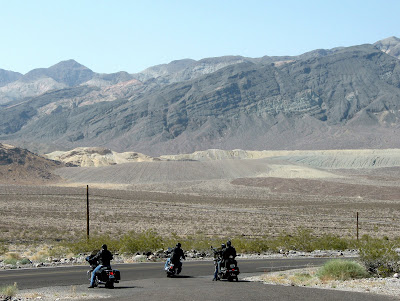 I rather enjoyed the view from my perch in the motor home...but if you don't mind a more close-up encounter with bugs and sand, here's the vehicle for you!

It seemed the perfect route for bikers. 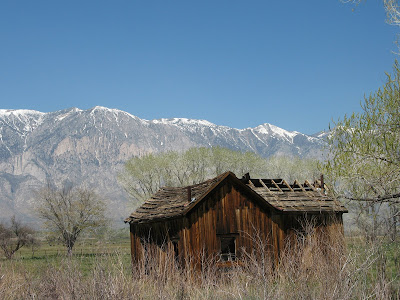 After leaving the southern dessert area behind, we passed through pastures and mountain vistas. My driver was willing to stop for photo-shoots every so often...and other times I managed a 'quick pic' as we sailed by. 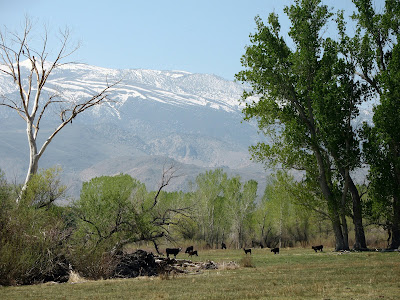 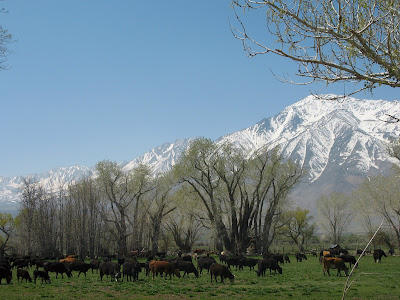 We stopped to capture these cattle grazing near the eastern boundary of Yosemite National Park. As I was taking photos, a few eagles swooped and sailed above...not the bald eagle common in our area, but large golden eagles. 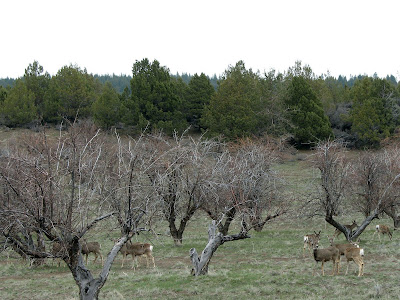 Deer grazed alongside the road and seemed oblivious to the odd vehicle passing by.

Highway 395 crosses into Nevada for a short while...taking us right through Reno, before returning to California.

Having heard so much about Lake Tahoe...and being within an inch or two on the map...we decided to take the detour and check out Lake Tahoe. Rand McNally road atlas doesn't show you the hills and bumps ...or the elevation...and the short-cut we decided on is not the road you would pick if your were towing a trailer of any kind! 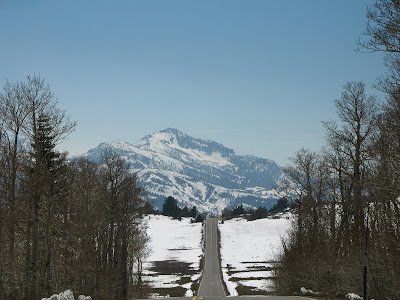 We were into the snow in no time...enjoying the winter landscape...and wondering why no other traffic seemed to be using this route. 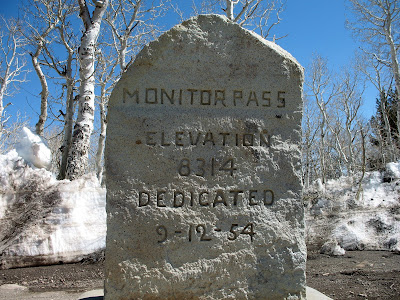 As we reached the summit, the sunshine broke through the clouds.... 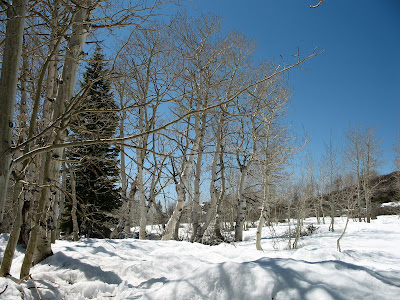 there was not a sound to be heard...a beautiful and serene world dropped off in every direction around us.

I'm sure highway 89 is not the most popular route into Lake Tahoe...but it's one I'd recommend! Be forewarned though...it's closed for the winter months! 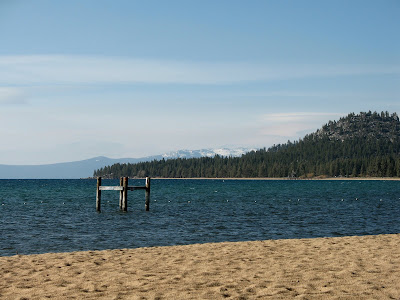 Lake Tahoe may be the destination of choice for many...but we agreed that the roads leading there were much more interesting than the city!

We stopped long enough to take a picture of the lake...view the chairlifts on the mountainside...and pass by the many casinos once we crossed the line into Nevada.

We could not get back to those quiet roads quick enough! 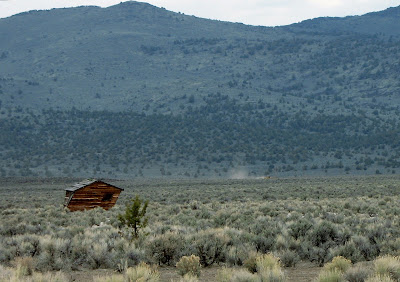 We passed by shacks that had seen better days... 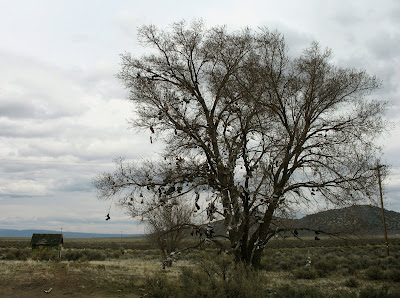 and trees unlike any I had ever come across.
This tree is totally decked out in...shoes and boots of every size and colour.
There was no sign...no explanation...so I'm still wondering about the significance???

Our route took us through the Oregon outback...eventually connecting to the I5 on the west coast. It was a great road trip...a wonderful relaxing time! I left the driving to my professional driver, who also has the eyes of an eagle...and even sings while he drives on occasion.

If you ever get the chance, opt for a trip down those unpredictable side roads...who knows what you will find? 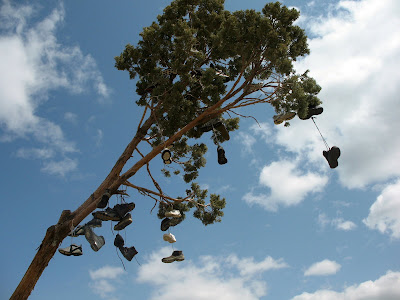 There may even be a shoe that fits on one of those roads less travelled!

Now it's back to life as I know it...and so many things to catch up on. It's time to see the accountant, catch up on farm books...mow the lawns and pull the weeds...and connect with friends and family that I've missed.

Next week I plan to re-visit Death Valley...an amazing place.

Care to join me?