lemonade, lilacs and a long weekend...

We had at one time thought we might pack up the RV and find a nice spot to spend the long weekend. What were we thinking? Did we not know that May is not a good time to escape farm work...especially since it's been a very wet spring and most of the field work still remains to be done?
So we are finally enjoying some beautiful, sunny weather (we skipped spring and went straight to summer for this weekend)...and everyone seemed to think leaving town was a good idea! 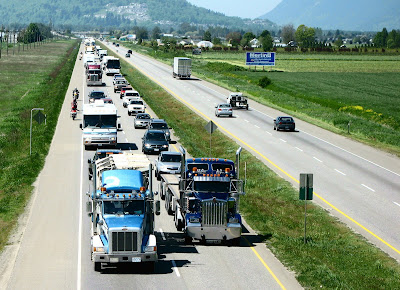 When I saw the traffic on the freeway Friday afternoon, I thought it might not be such a bad thing to stay home. The guys were busy out in the fields from morning until night...and I visited the garden shops a few times and got my planting done for the season. It was just so nice to spend time outdoors...late into the evening!

On Saturday afternoon Broni came over with the kids, and we had a little lemonade party on the front porch...and discussed what we would be doing for supper. We never really know if the guys are planning to stop to eat...or if supper should be brought out to the field...or left on the back burner until they come in. Since it was 34 degrees here (that's about 98F)...we thought a 'watermelon and rollkuchen picnic' might be just the thing! So I got cooking...whipped up a batch of rollkuchen (a tasty little fritter), barbecued some farmer sausage... 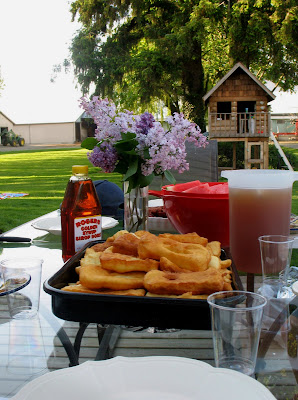 ...and took it down to the farmyard where we all had a picnic supper on a nice, shady patio. (I'll post the rollkuchen recipe tomorrow...in case any of you are interested in having a Mennonite picnic!)

The lilacs on the table are evidence that miracles do happen. About fifteen years ago, I ordered five lilac bushes (all different shades of lavender) from Stokes seeds, expecting them to be delivered by van. When a minute box arrived in the mail...I knew I was in trouble. Here were five microscopic little twigs, each about 1 1/2 inches long with a few root hairs attached. I had envisioned cutting blooms the following year...but when we moved out of the farm house a few years ago, I was still waiting. Finally they are producing flowers...and lovely aromas...and Broni can cut them for her table!

So although this may be called the Victoria Day holiday...I've been thinking it's Labour Day (that's just how it feels around here). Sunday is however the day of rest...so that's we we did! 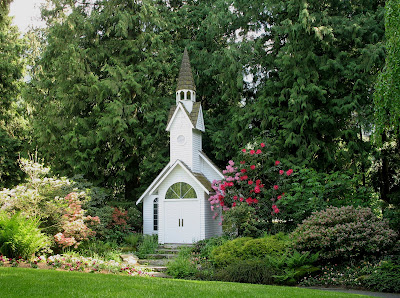 We spent an hour or two strolling through our local show gardens in the afternoon...and bought season's passes so we can go back again and again. 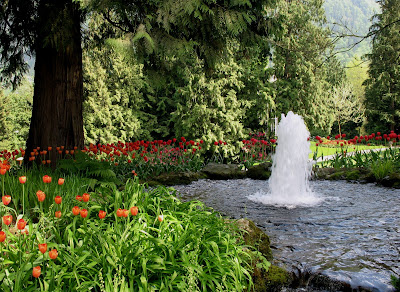 Minter Gardens is just such a relaxing place to be...and the flowers change from one month to the next...as do the people! 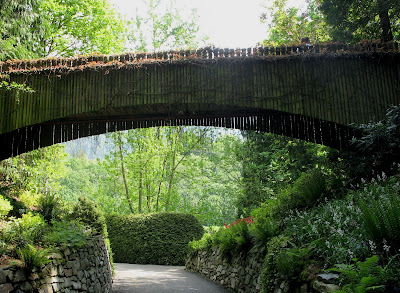 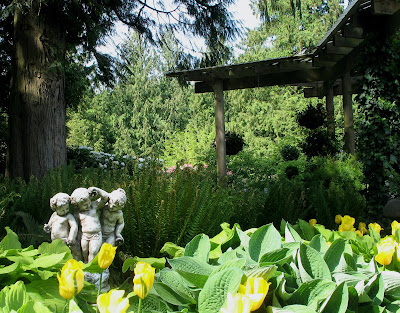 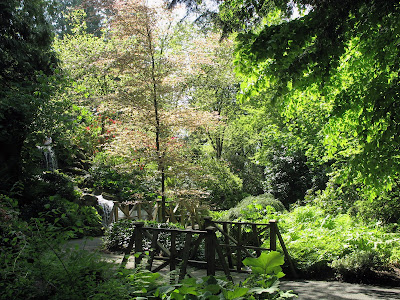 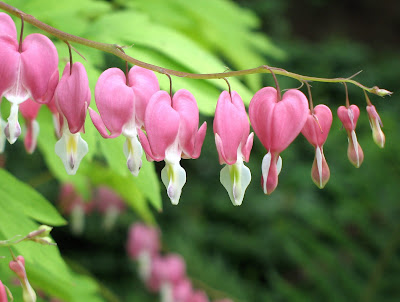 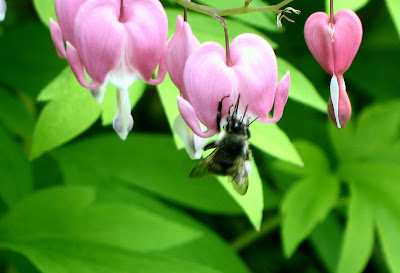 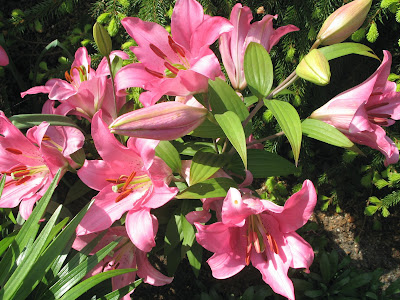 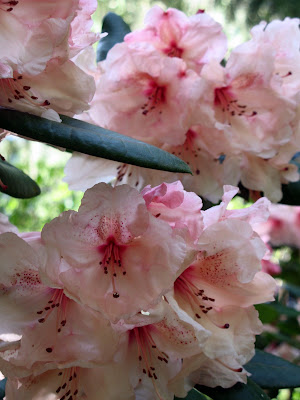 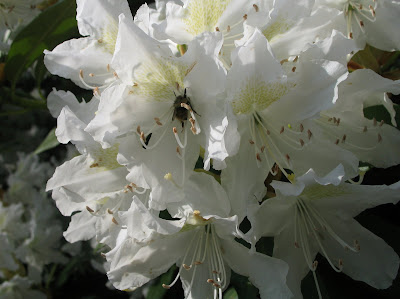 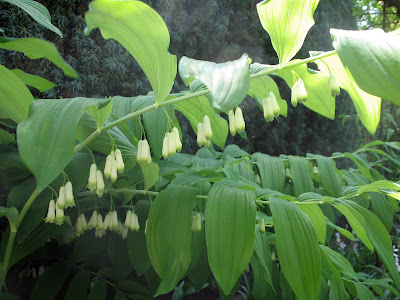 The rhodos were in full bloom, as were the lilies...the tulips were a little past their prime...and the rose garden was not showing any colour as yet.

There's often a wedding happening there on the weekend...and yesterday was no exception. It would have been fun to watch the proceedings from a distance... but hubby wasn't exactly interested in watching the wedding of total strangers! (Although I don't think they were total strangers...I recognized the groom as the owner of my favorite Thai restaurant.) 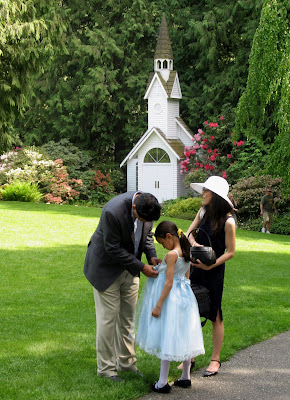 It was quite easy to pick out the wedding guests, however, as we sauntered about. 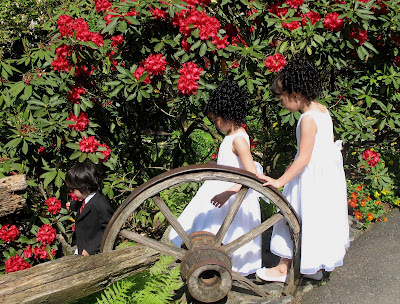 The little attendants were quite adorable!

The gardens are a favorite spot for photographers...people with big camera and lots of lenses...people who actually know what they are doing! 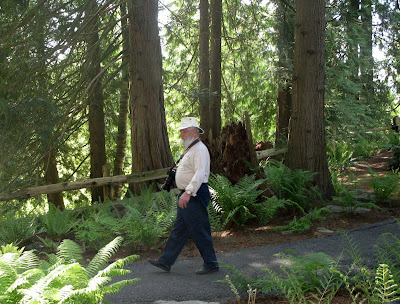 I took a photo of this gentleman as he strolled through the gardens with his camera...and stopped often to take pictures. We chatted later...as I was sitting on a bench and enjoying my cherry cheesecake ice-cream cone...and he told me he took up photography only four years ago. He was at the gardens with his family...and was celebrating his 60th wedding anniversary. So, it's never too late to start taking pictures!

And that is how my long weekend is shaping up...who knows what today will hold? I'm planning to do a little cropping of my own...the lawn is in dire need of a trim. There are showers in the forecast for today...and there is corn to be planted before the rain arrives.

Have a wonderful holiday Monday!

Email ThisBlogThis!Share to TwitterShare to FacebookShare to Pinterest
Labels: gardens, life on the farm, spring