Lillooett ~ a peek into the past

We spent the last night of our little get-away, camped next to the Fraser River near the historic town of Lillooet. 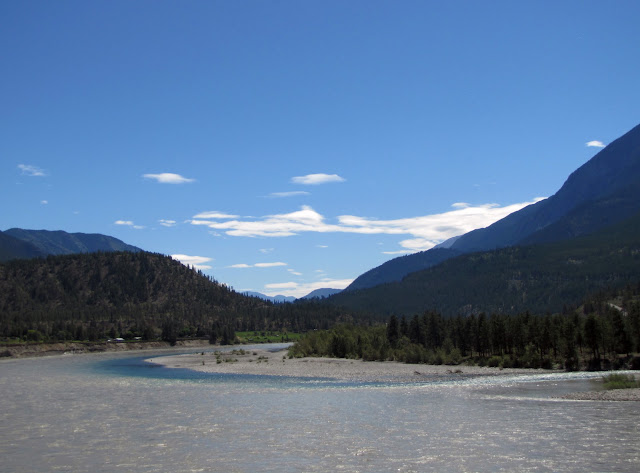 The native peoples have lived and fished in this very spot for thousands of years. 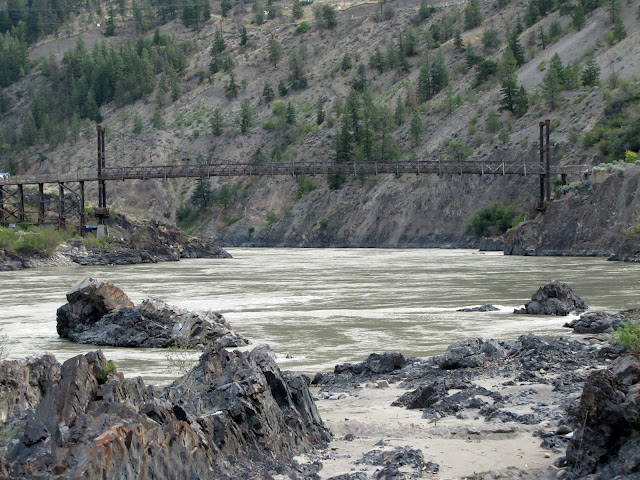 Just down from our campsite was what is now called 'The Old Bridge'...a suspension bridge made of steel cables and wood...built in 1913 and no longer open to traffic. 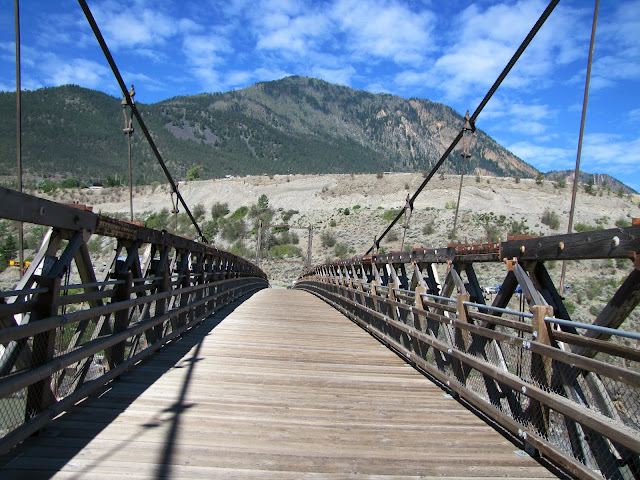 We decided to go down and take a closer look in the morning...and spent some time watching the native fishery in action.  The St'at'mic peoples have lived and fished at this very spot for thousands of years. 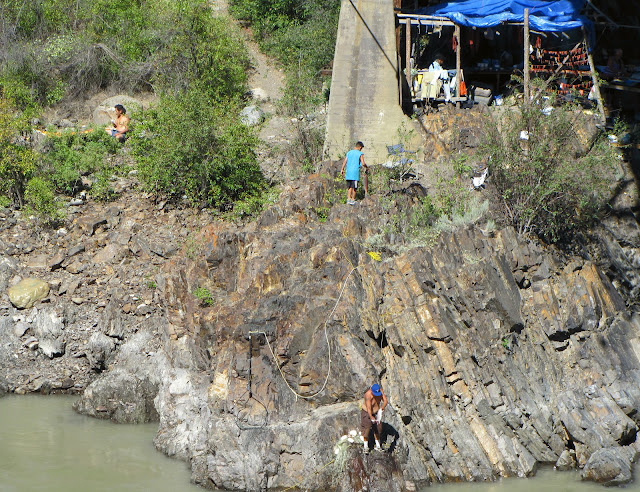 From what we observed...their methods have likely not changed a whole lot with the passing of time. 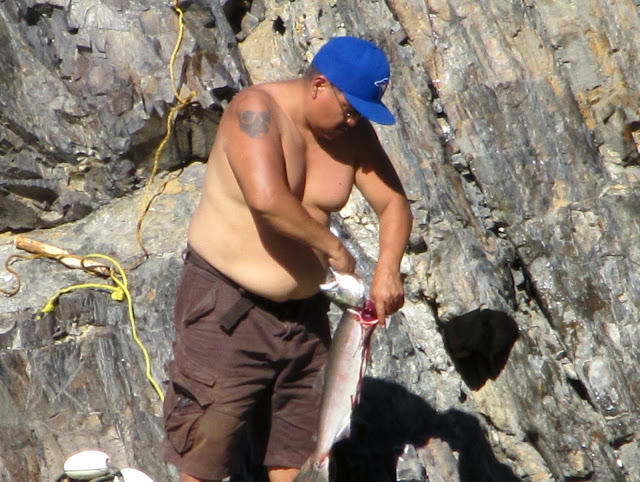 Papa pulled the fish from the river...cleaned them right there...and son pulled the salmon up the steep slope with a rope.  From there he carried it into the fish-drying hut. 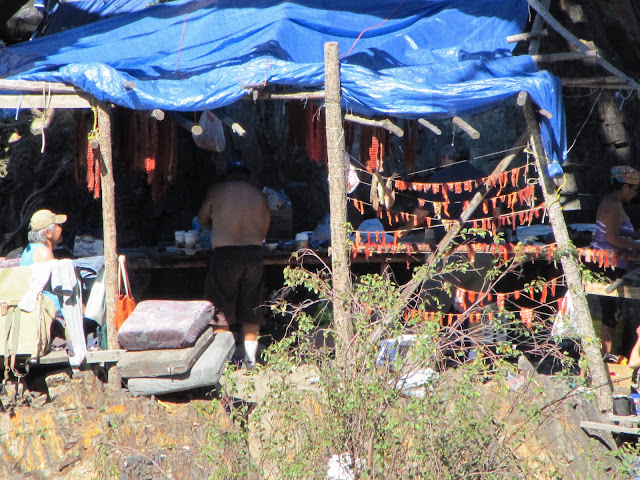 Inside the fish was being filleted and hung to dry.  No one seemed in any particular rush...but the salmon were being hauled in one at a time. 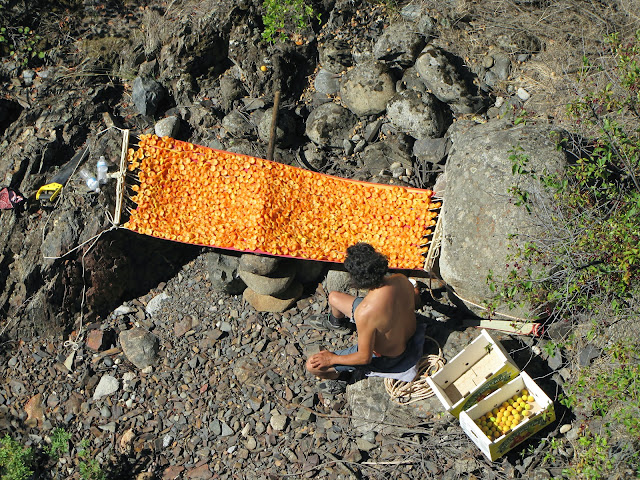 While most were busy with the fish...someone nearby was drying apricots.  Yum! 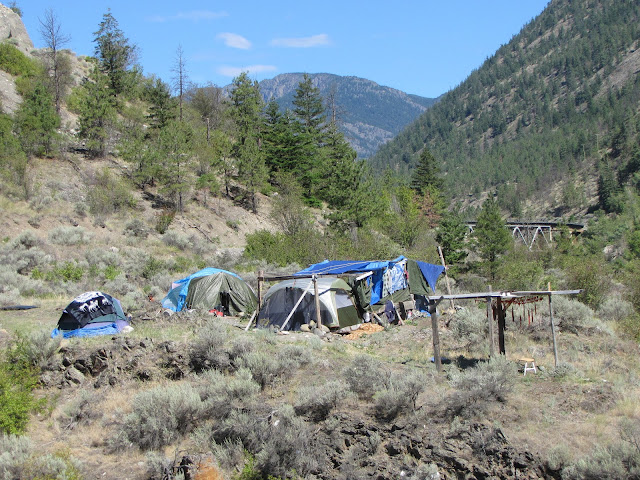 From our vantage point we could see four native fishing camps in action.  While the salmon are in the river...they are camped along the bank...just as they have done for centuries. 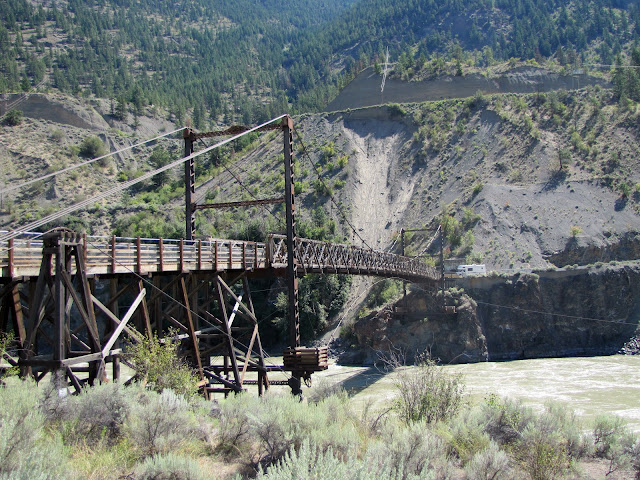 We had intended to head home once we had inspected the Old Bridge but decided instead to head into town and check out Lillooet...one of the oldest communities in B.C. 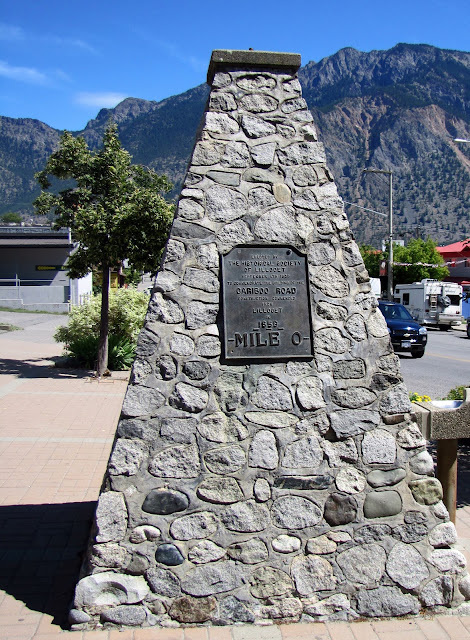 During the Cariboo Gold Rush of the 1850's, Lillooet became a boom town.  It is considered Mile 0...and all the road houses north of Lillooet were named for their distance from this marker.  100 Mile House is one hundred miles down the trail! 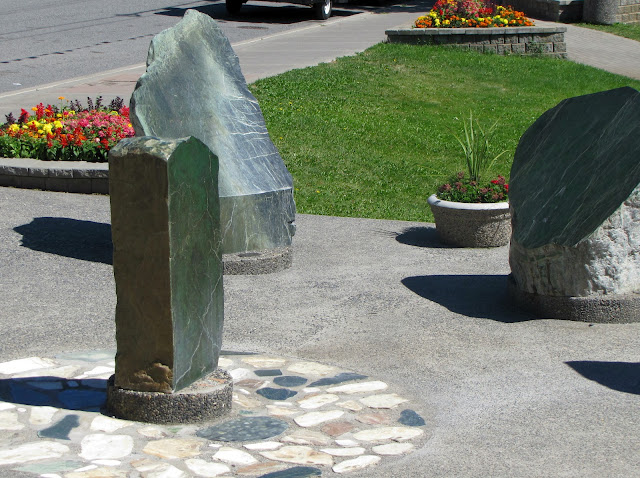 The Lillooet area was home to the first jade mines in B.C.  B.C. is believed to have the largest deposits of jade in the world.  A walk through town showcases pieces of art made of cut, polished and mounted jade. 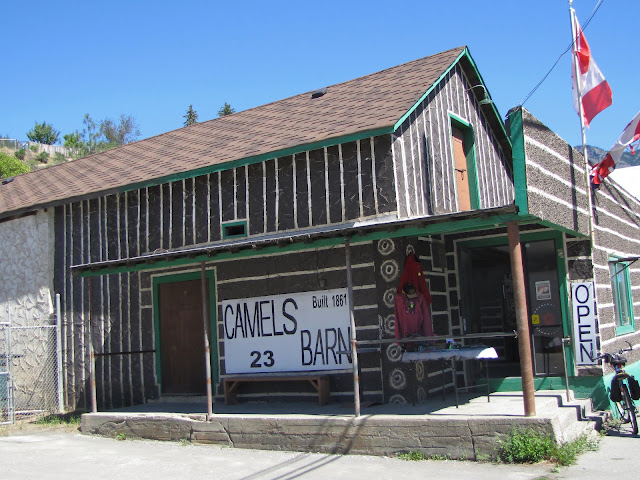 We toured the Camels Barn and learned how camels had their place in the history of this town.  In the early days of the gold rush, horses, mules and oxen were used to haul the heavy loads to the gold fields.  One entrepreneur decided that camels would make better pack animals, and brought in 23 two-humped camels from Mongolia.  His idea turned into a nightmare as the camels ate the miners clothing, kicked any and all who came near, and had their soft feet cut to ribbons on the treacherous roads.  Soon most were abandoned and left to fend for themselves.  A few were kept as curiosities...and the last one died on a farm in 1905.

We visited the museum...walked the 'golden mile of history'...and left town over the new bridge...aptly named The Bridge of the 23 Camels'. 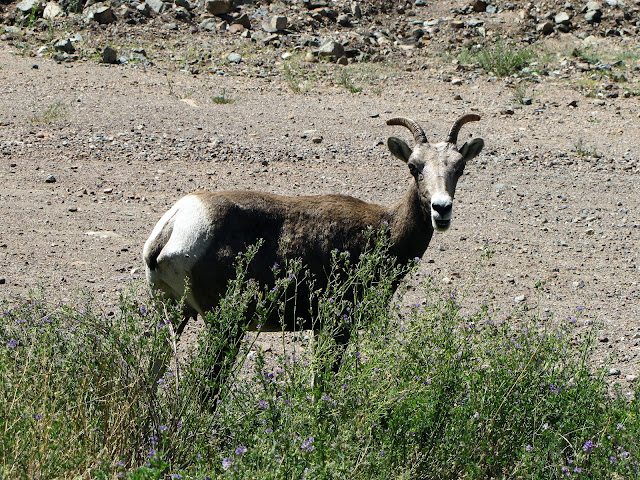 Just out of town we came across a herd of  mountain goats (or something of that nature)...but only one posed for me! 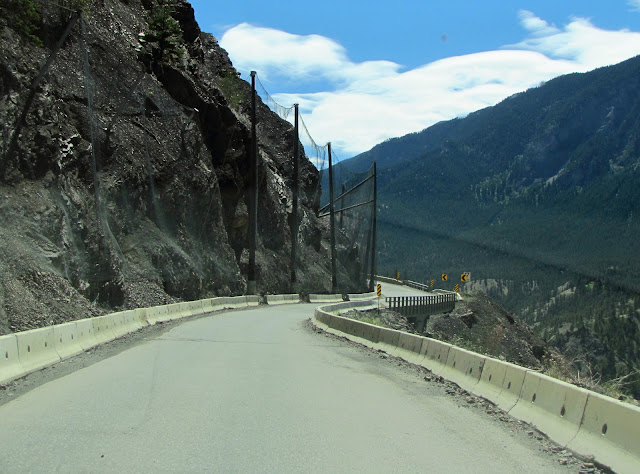 I was thinking the road was more suitable for goats than for motorhomes...about then!  It was one-lane only for awhile... 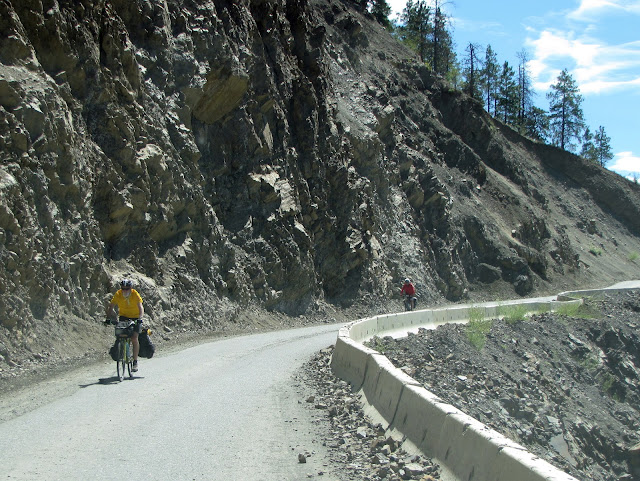 ...and we yielded to the oncoming bikes.  The Fraser Canyon is a lovely drive...but not for those who are afraid of heights!

Though Lillooet is only a few hours away from home, it is the first time we have ever taken the time to explore.  An interesting place it is!