whistler ~ what did we do there?

Some come to golf.
Not us. 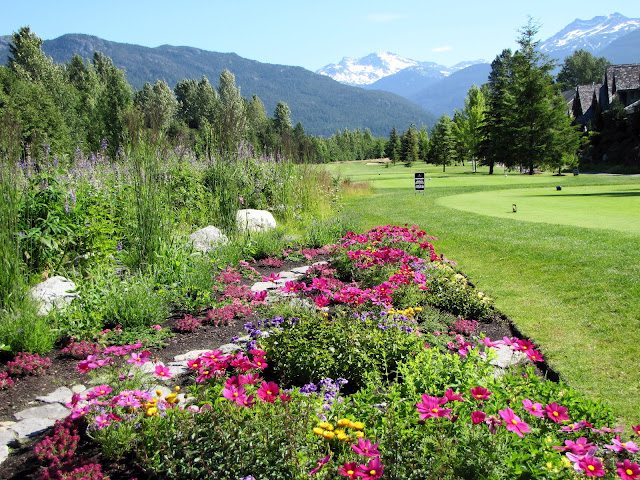 Some come to bike.
If you are talking about biking at Whistler...
it likely means riding down those steep mountains.
Not us. 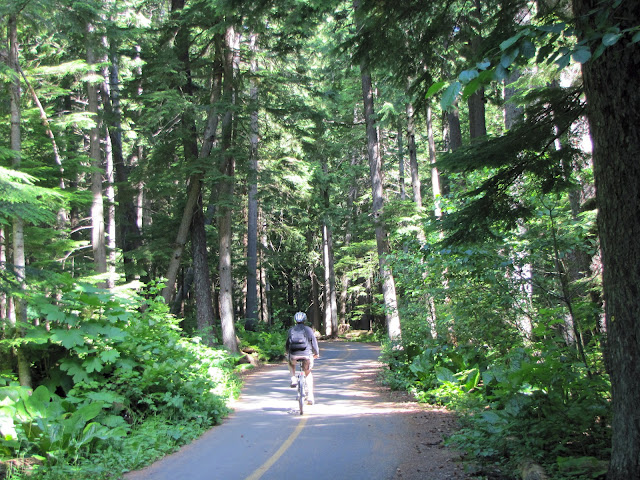 We ride bikes along the valley trail...
40 kms of paved scenic paths that connect all the lakes and neighbourhoods of Whistler.
It is even possible to get lost while biking.
We know! 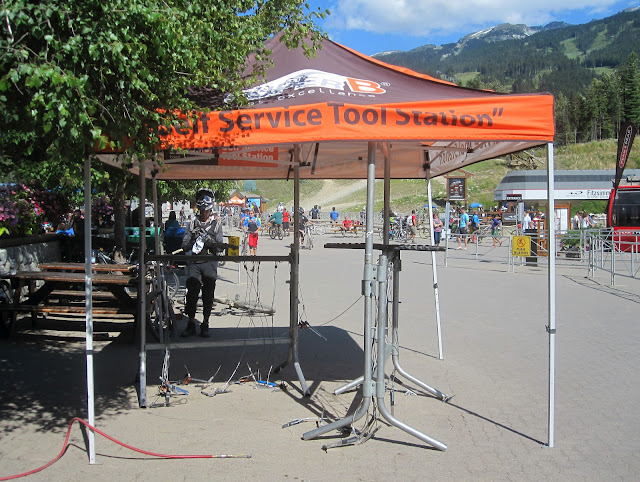 And should our bikes have needed repair...
why, we could have done it ourselves right in the village.
Though I am not so sure I would have known what to do with all those tools.
But I could have added a little air to the tires! 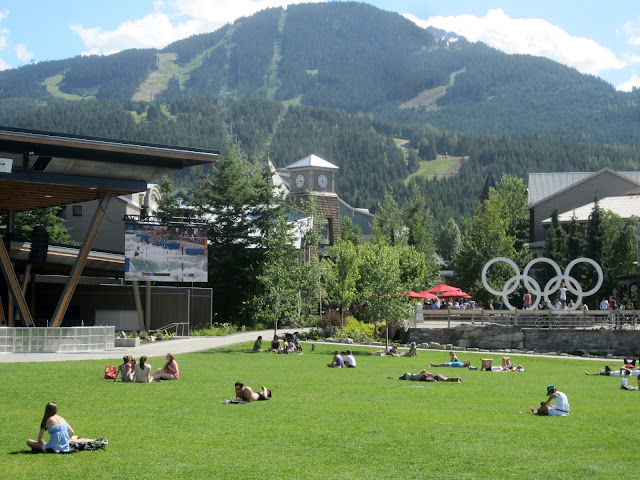 Some came to hang out at the Olympic Plaza...
and watch the Olympics 2012 on the big screen.
We did some of  that. 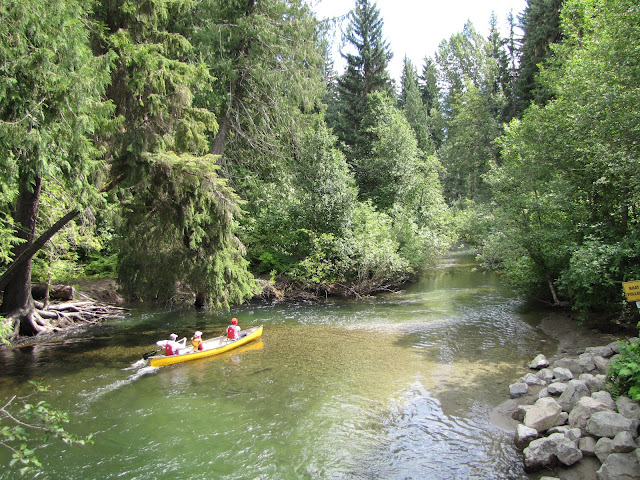 Some came to row.
Some just stood on the bridge and took photos.
Some declared they did not want their photo taken.
O.K.
I deleted that one!
But I had to wonder what they had to hide as they paddled down the creek. 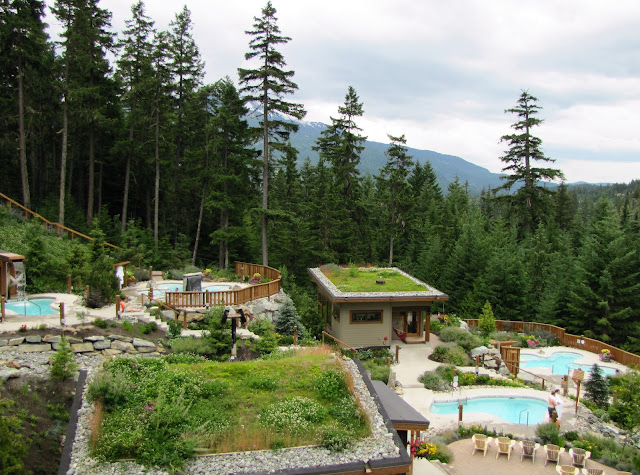 And right next to the RV park...
is a Scandinavian spa with pools and baths and steam rooms and saunas.
We hung out there for awhile. 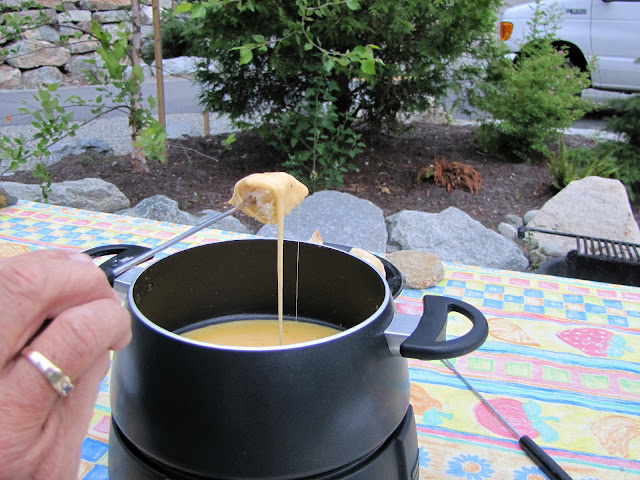 And at the end of the day...
we had cheese fondue at our campsite.
With Swiss cheese...
and Italian bread made with butter from New Zealand (???)...
while chatting with the German tourists next to us.
It was international fare at its finest! 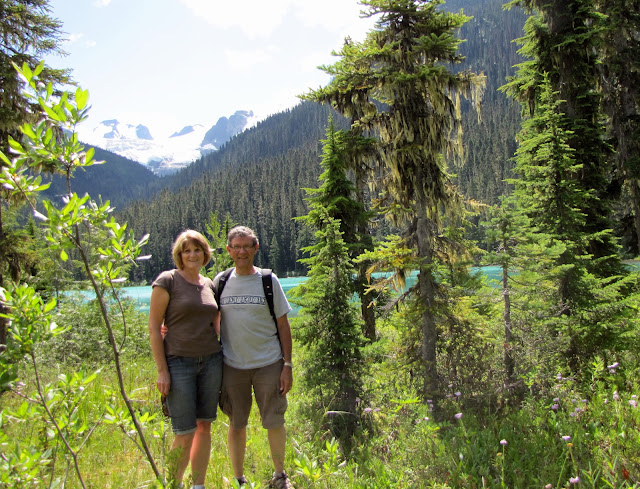 Some bring their hiking shoes.
We were glad we did! 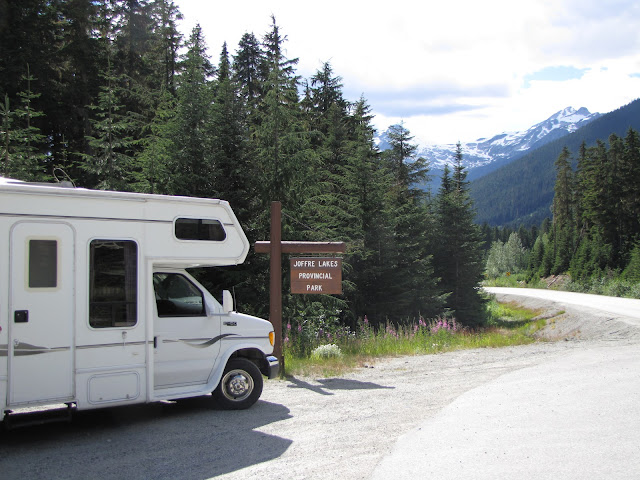