back to china ~ wuxi and tai lake

Nestled on the northern shore of Tai Lake...and just 80 miles northwest of Shanghai...lies the 'wee town' of Wuxi.  With a mere 5 million people living there...it had a small town feeling compared to Shanghai!

We visited the famous Xihui Park...considered to be an 'open air museum' of the history of Wuxi. 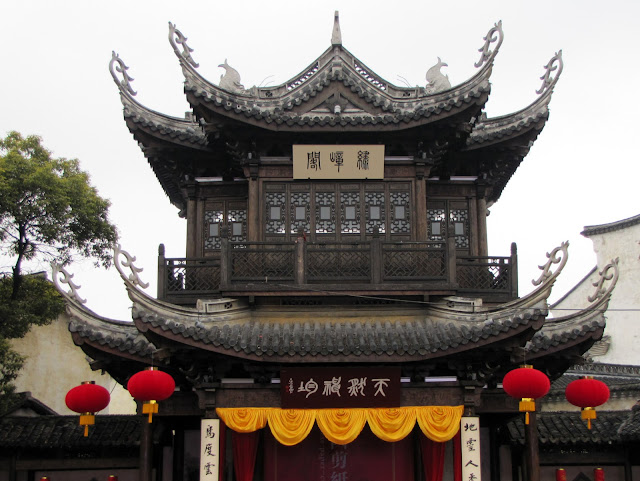 Many features are of historical and cultural interest...and date back to the Tang, Song, Yuan, Ming, and Qin dynasties. 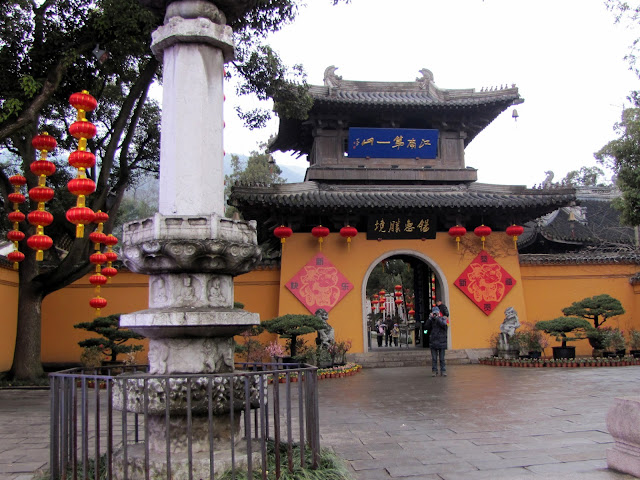 By now I have long forgotten the significance of each of the buildings and gardens that we saw...but I'll just take you on a 'low-commentary' tour! 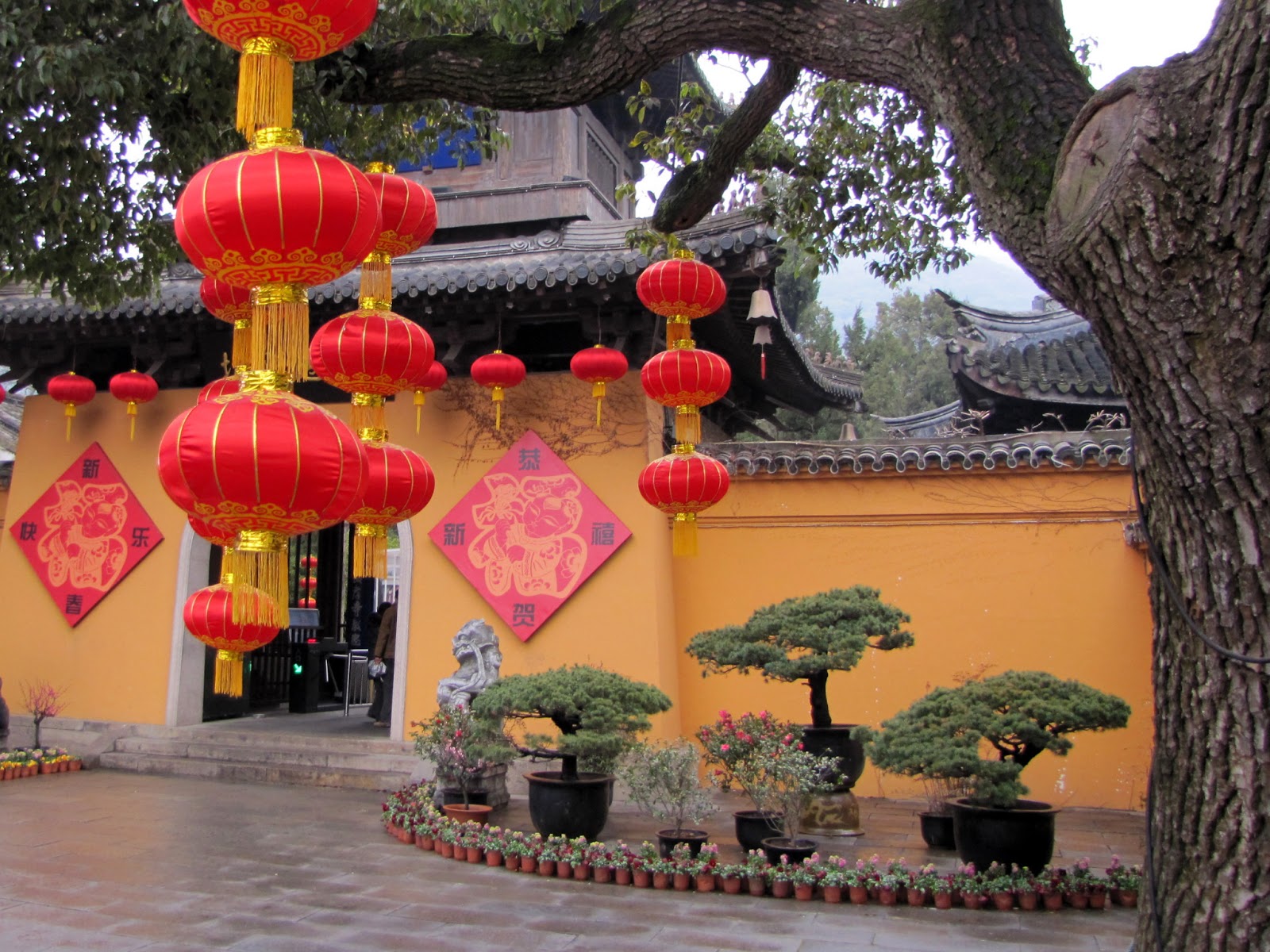 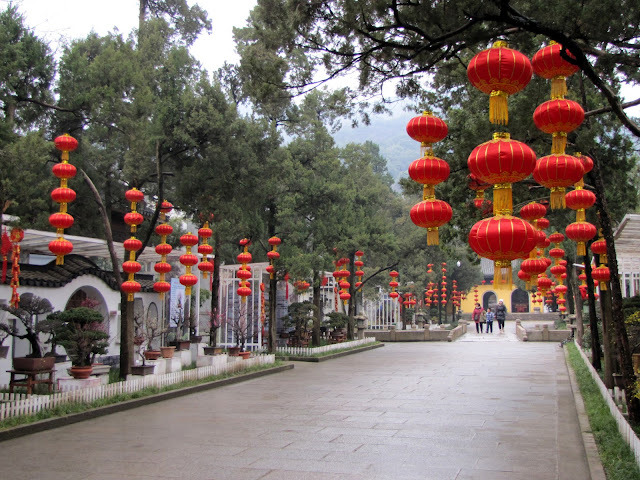 ...with lanterns hanging everywhere as part of the Chinese New Year decor. 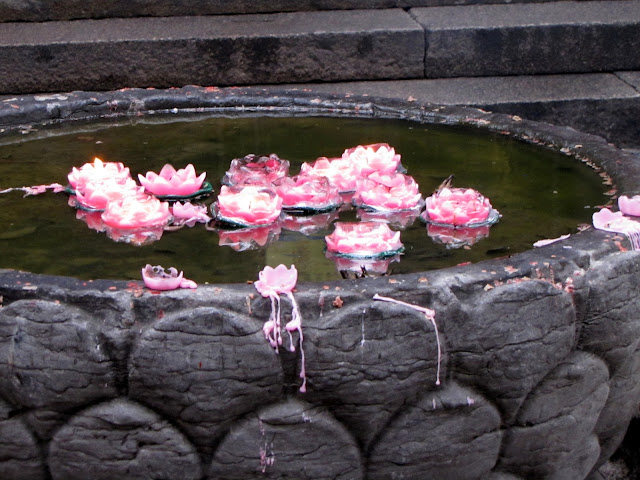 We strolled pathways and gardens...and observed incense and candles burning here and there along the way.  Of what significance...I'm not sure. 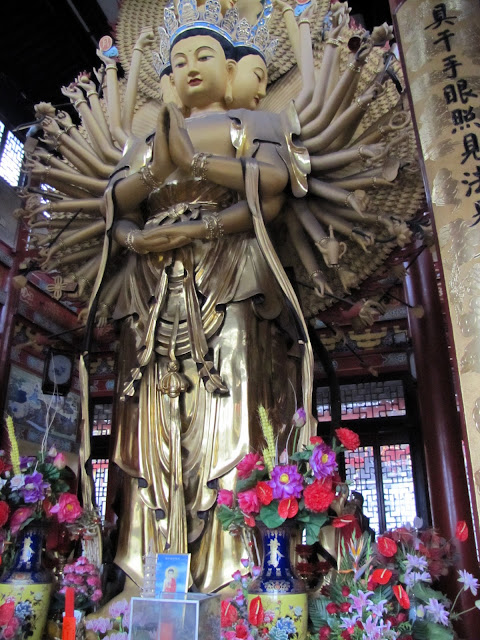 The 'Thousand Hand' statue is a symbol of compassion seen throughout the Far East. 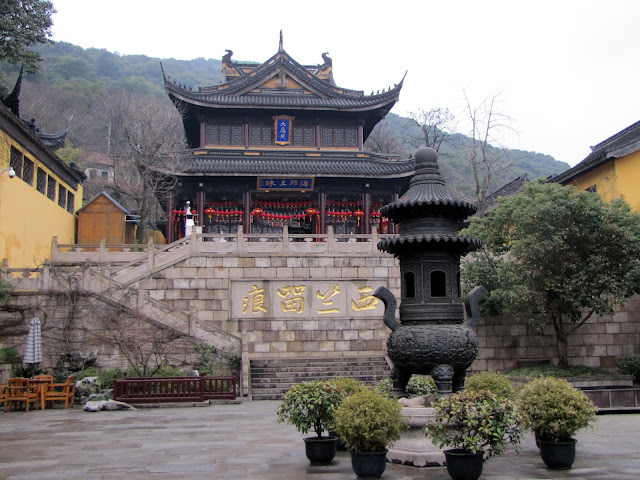 The Huishan Temple...was originally an imperial palace and became a temple during the Sui Dynasty around 600 AD.   Everything is older than I can wrap my mind around! 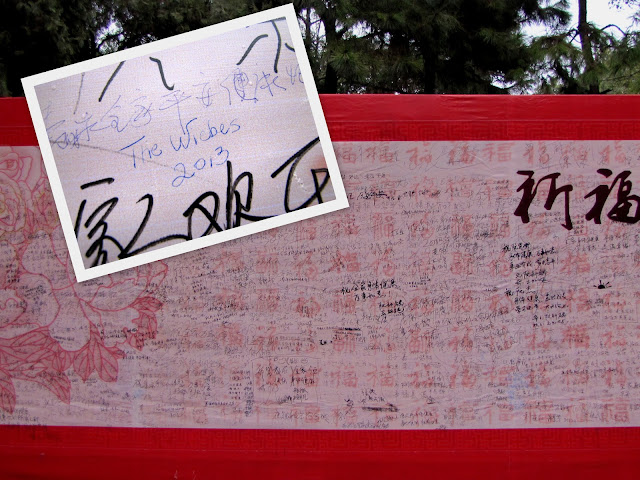 Before we left the park...we added our signature to the 'greeting wall'.  I don't think many will be able to read it, however! Some years ago...we did a road trip to Alaska and stopped off at Watson Lake, Yukon where we left our signature at the famous sign-post forest.  Of course we had to leave our calling card in China as well! 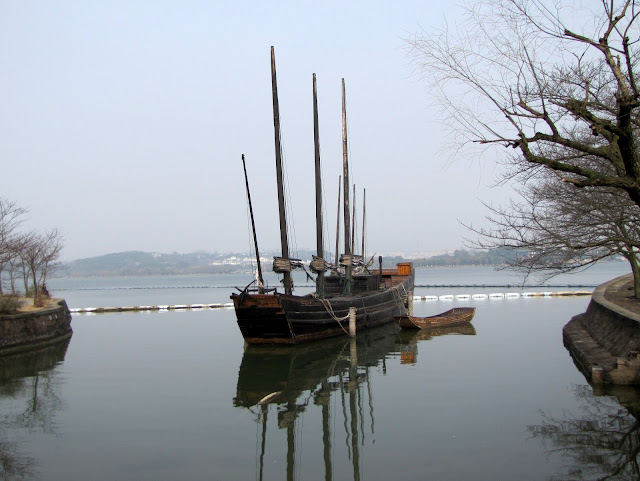 We paid a visit to Turtle's Head Park...a large park situated on the shores of Tai Lake. 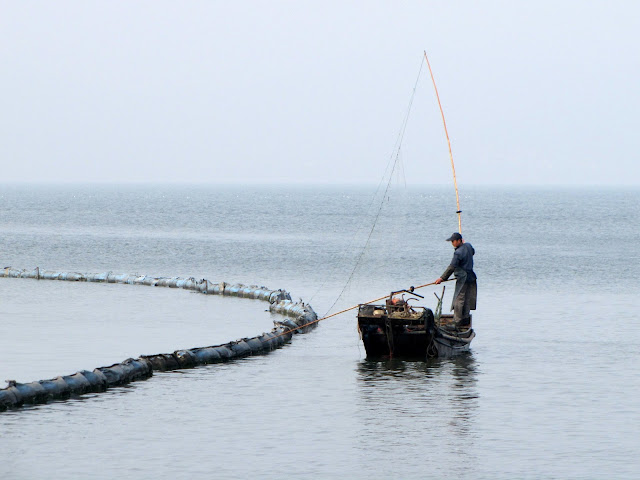 It was rather a picturesque place... 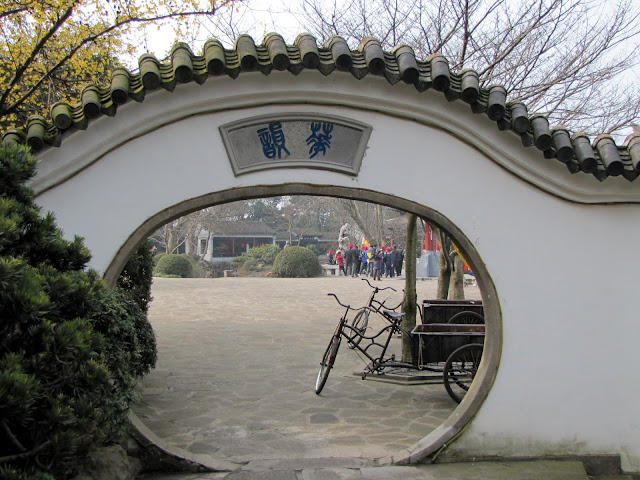 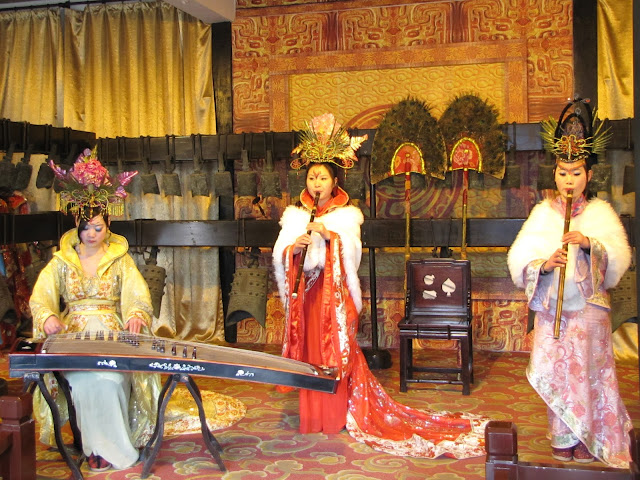 We were privileged to take in a local musical performance while in the park. 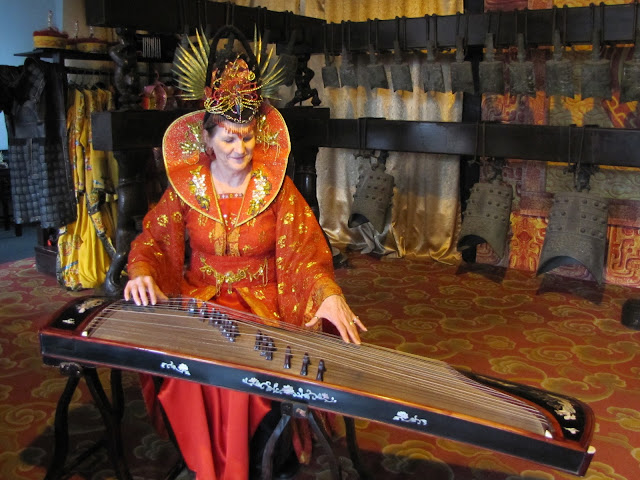 How this happened...I'll never know! I have no idea how to play a harp...and I don't normally dress in Chinese robes. 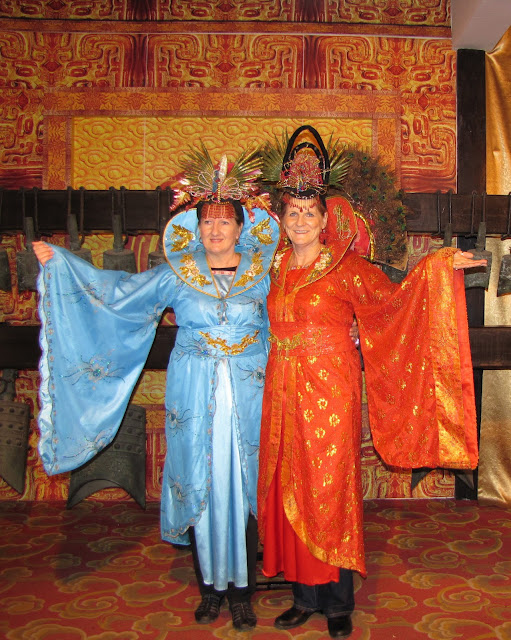 But somehow a few of us found ourselves on stage.  Can you tell that we are somewhat taller than those who usually wear those clothes? We left the robes behind... 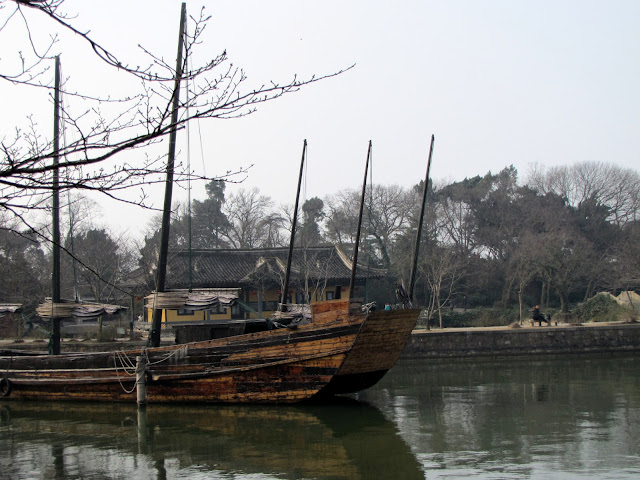 ...bade farewell to Tai Lake and were soon our our way to Nanjing.  To be continued...