Suzhou and the grand canal...


Just ninety kilometers west of Shanghai lies Suzhou (Soo-chow)...a city famous for its gardens, silk and beautiful women through the ages.  The city was founded in 600 BC and was the capital at one time. It is now home to about  6 million people. 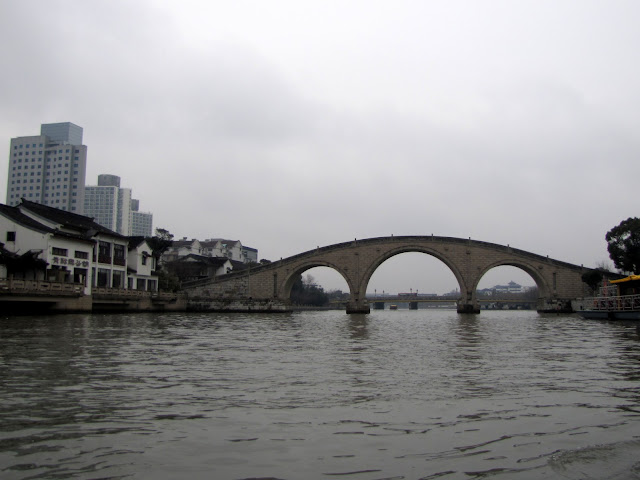 When Marco Polo arrived here in the thirteenth century he called the city 'little Venice'...since it was a city of waterways, canals and bridges.  It still is! 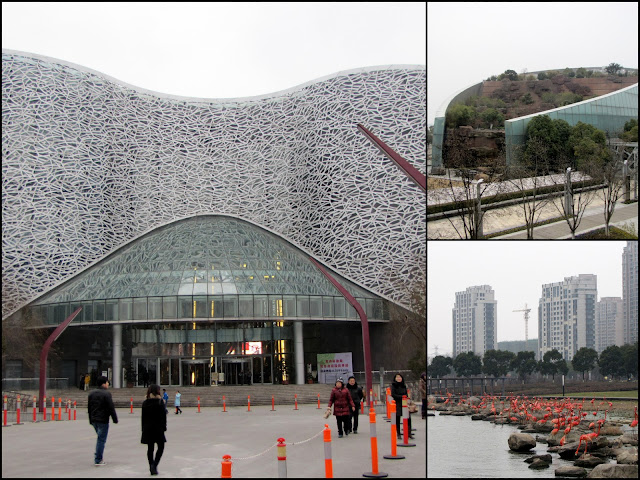 In Suzhou...which happened to be the home-town of our tour guide...our first stop was the arts and cultural centre.  It looks much like a smaller version of the the famous Birds Nest stadium in Beijing.  We toured the inside...and walked the grounds.  It was all quite amazing...though we found the indoor temperature far too cold.  Did I mention that it was winter in China...and we lived in our jackets all week? 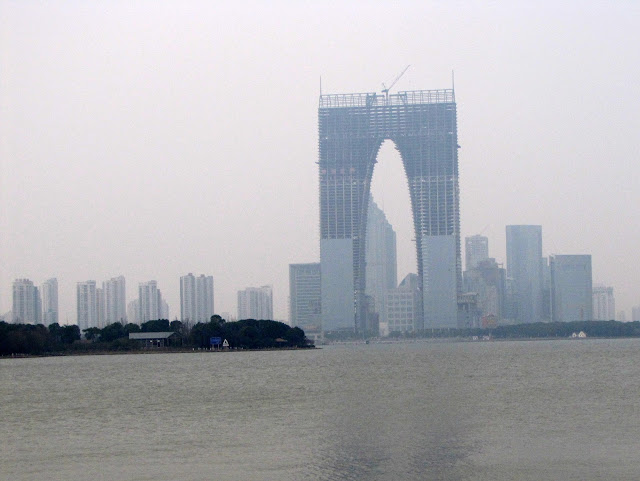 Across the bay from the arts center is an impressive 74-story  building (still under construction) which is to be the signature of Suzhou.  It is known as the Gate of the Orient...though it has also been dubbed the Trouser Building by those who think it looks like a pair of pants.

While in Suzhou...we also visited a silk factory.  We saw the entire process of silk production... 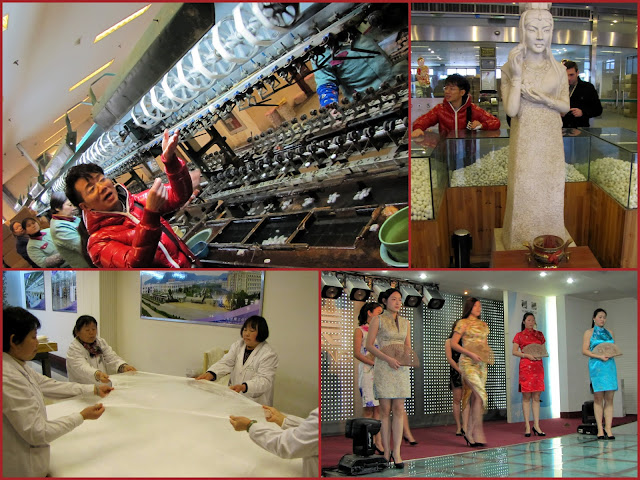 ...and then were audience to a fashion show.  Silk scarves...silk duvets...or silk pillows...I think we all brought home some silk.

The Grand Canal is the longest and oldest man-made waterway in the world at almost 1800 kilometers.  Construction began in the 5th Century BC as a means of transporting goods back and forth...and much of the canal is still in use today. 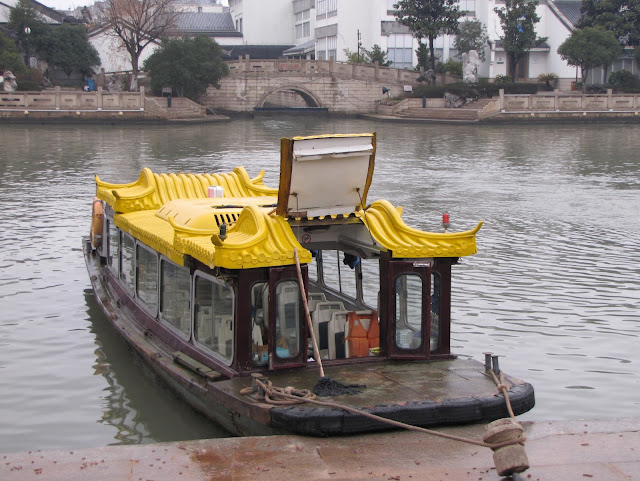 We boarded this boat for a ride on the ancient waterway... 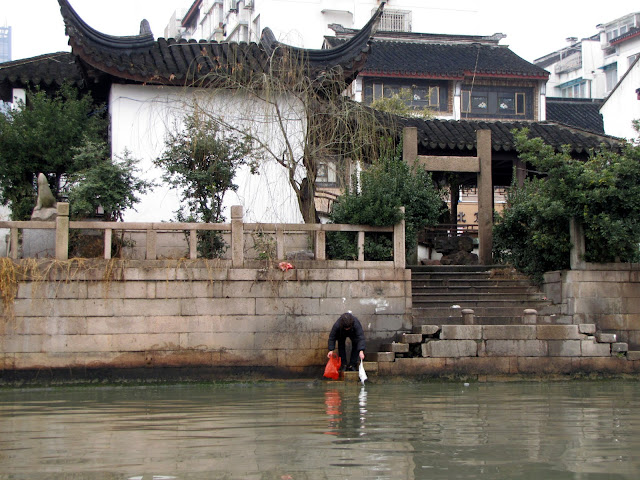 ...and then followed the Shantang Street tributary. 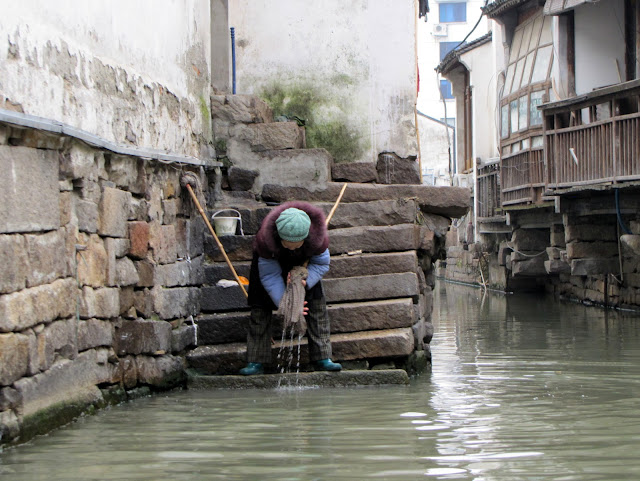 It seems the people here live as they have for hundreds of years...walking down their back steps to wash clothes in the murky water. 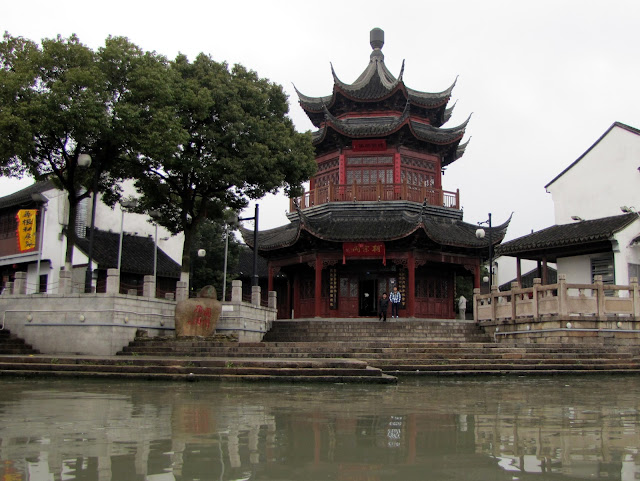 With it's pagodas and canals... 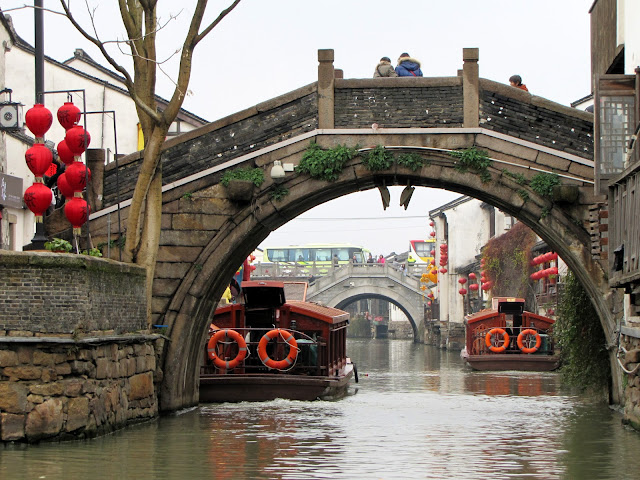 ...and stone bridges...this is one of China's top tourist destinations.

After our boat ride...we walked along the alley on the other side of the houses that backed onto the canal.  For centuries...these homes have belonged to merchants...who transport goods to their place of business on the water and then sell those goods out the back door. 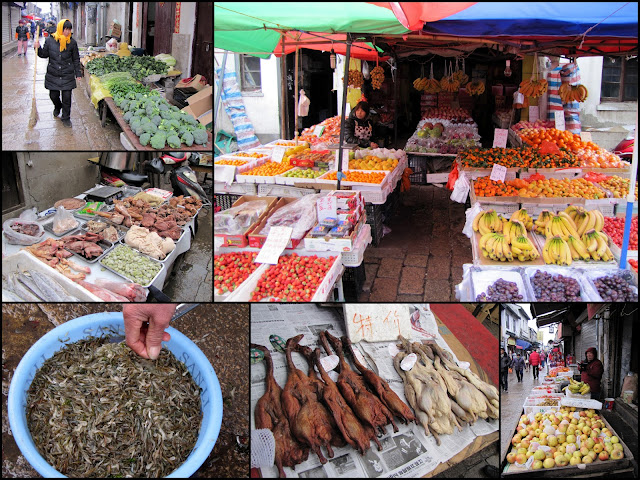 That hasn't changed.  It was a most interesting stroll through the alley-market!  The blue bowl (bottom left) was full of teeming mini-shrimp of some kind.  I much preferred the fruit kiosks to those with meat and fish. 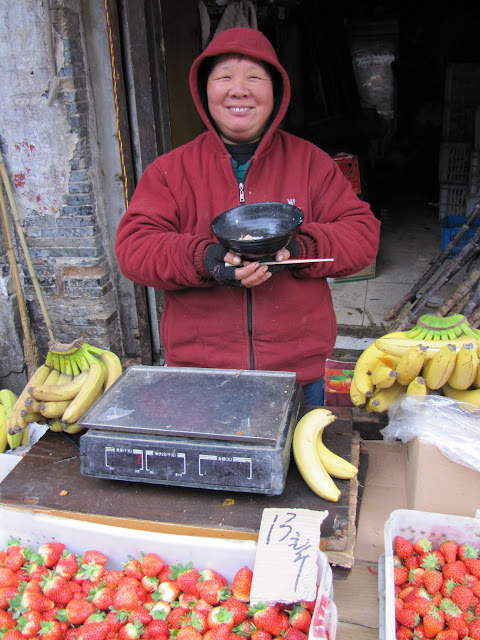 And the very best part was watching the people! 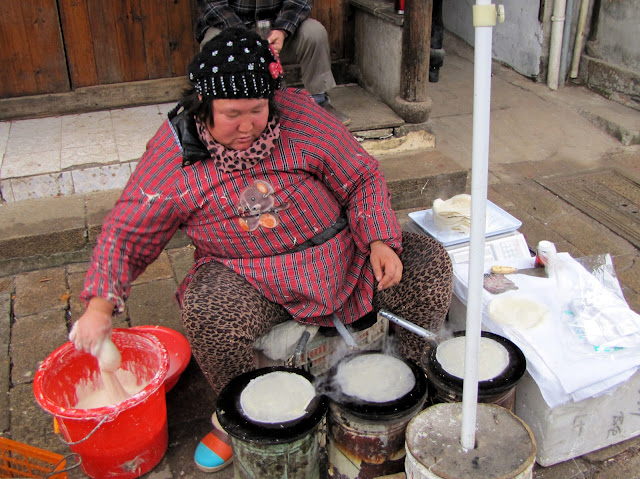 Some were cooking at their outdoor cafes... 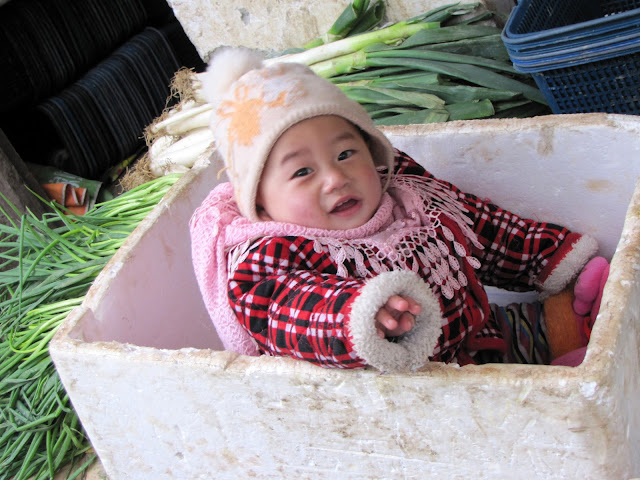 ...some were watching us with curiosity. 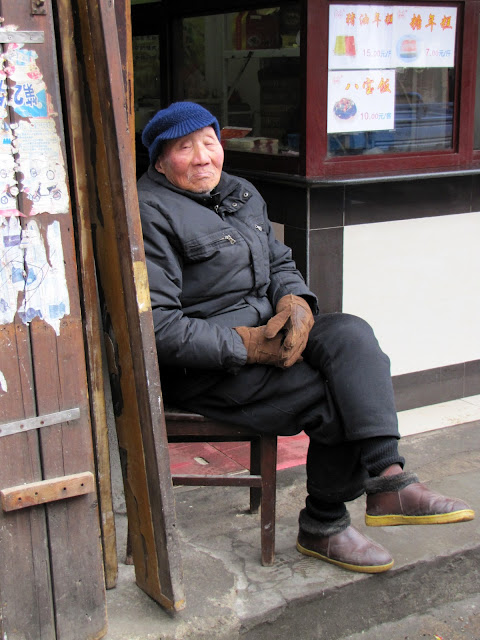 Young and old...they were a friendly lot! 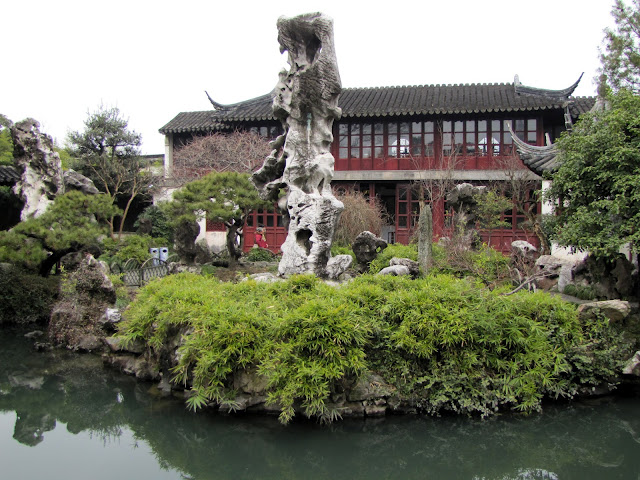 Our last stop in Suzhou was Lingering Garden...a UNESCO World Heritage site.  It has been around since 1593 and was lovely.  By now I have posted far too many pic's... 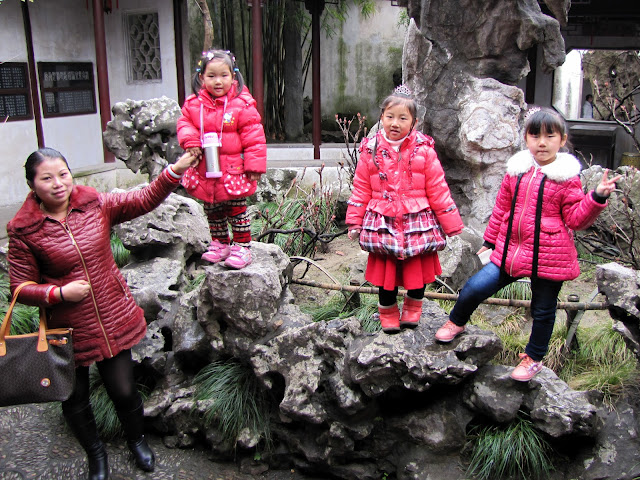 ...so I'll just leave you with this one of some willing models within the garden. 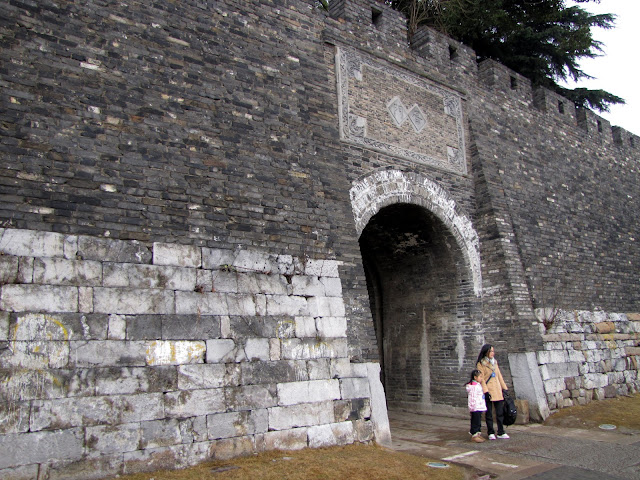