The moon was still hanging around this morning when I finally got myself out of bed...which is no easy task after a day of extreme exercise! 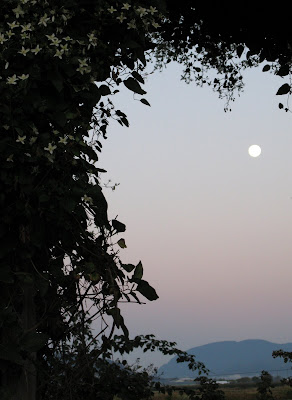 Hmmm. Why is it that I feel as though I actually worked hard yesterday...when in fact I sat on a hard wooden chair ALL day long? My co-worker and I arrived at the polls to set up before six yesterday morning...and left there after nine at night. Now that is a very long day... 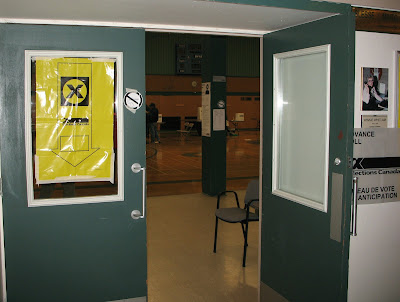 I was an employee of Elections Canada...which meant I left all my opinions at the door! It also meant that my camera stayed at home...not much of a job for a blogger! But I brought my blogging friend, Marg, with me...and we spent the entire day together. We make a great team...there was never a dull moment! Between the two of us...we knew the majority of those who voted at our polling station...and so we talked farming, families, the weather, our old neighbourhood...but never politics. The hours flew by...we hardly had a chance to touch our snacks...and at suppertime hubby brought us a pizza. It smelled wonderful...it made the voters hungry...but the line-up never disappeared and the pizza came home almost intact at the end of the day. The polls closed at 7 pm...which meant the doors were locked but all those inside could still cast their ballots. It was another half hour before the last voters left our station...and we could proceed with the serious matter of counting the votes.

The turnout at our location was incredible...around eighty percent of eligible voters came out to make their vote count. We are not an apathetic lot out here...and we know how to endorse a man who has done a terrific job of representing our community in Ottawa for a very long time. The Honourable Chuck Strahl will be returning to Ottawa with an overwhelming mandate from his constituents! He will continue to make a difference in Ottawa...despite that Steven Harper was not quite able to grasp a majority Conservative victory.

Today is a new day...the sun is shining and I have some clean-up to do. We had a party here on Monday... 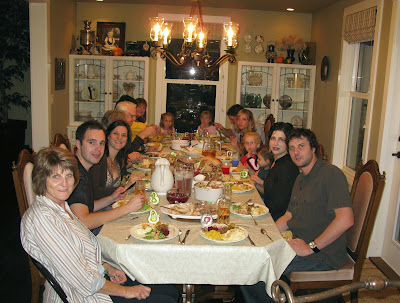 ...where 17 of my nearest and dearest gathered around the dining room table for Thanksgiving dinner. 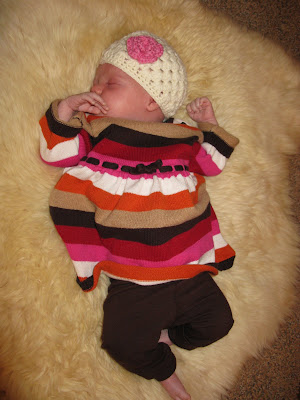 Well, one wee one never actually made it to the table, but reclined on the floor nearby! The dishes were washed that night...the rest of the house will be put back in shape today. It's the aftermath of Thanksgiving...and the Canadian election...and there's much to be done!

Have a wonderful day!