It's Thanksgiving Day here in Canada...a day which began as a celebration for a successful harvest. The date changed several times over the years...but on January 31st, 1957 it was proclaimed by parliament that the second Monday of October would be "a day of general thanksgiving to Almighty God for the bountiful harvest with which Canada has been blessed". Now that is special! And for those of us who still live on a farm...it is so much more meaningful. The last of our annual harvest came home this weekend...the crops were good and we are done harvesting for the year. 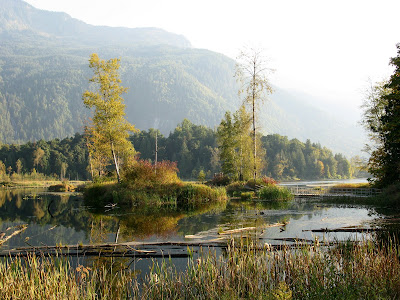 Today we are having a Thanksgiving dinner here...with those who mean the most to me. We'll be eating all our traditional favorite foods...and we'll be sharing around the table things for which we are thankful...and we'll be singing together "Praise God from whom all blessings flow".

We have enjoyed beautiful weather these last days...and yesterday we took advantage of the balmy afternoon temperatures and visited Cheam Lake Wetlands Park...which is a ten minute drive from our place. 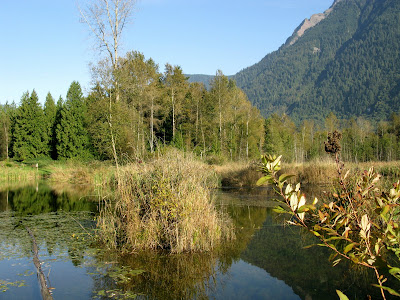 Cheam Lake Wetlands became a park in 1990 and is popular for hikes... 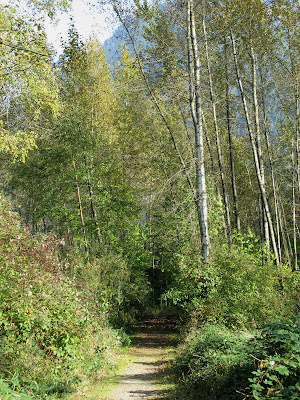 ...picnics, and bird watching. The 93 hectare park has been restored to it's origins as a lake...after being mined for marl limestone deposits since the early 1900's. The park is comprised of lake, marsh and forest and is home to many bird species. 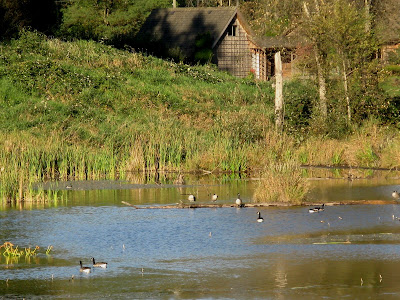 The geese were hooting and honking as they frolicked in the water...and enjoyed the late afternoon sun. We had the park mostly to ourselves...while others were at home enjoying their turkeys, we had a most pleasant time surrounded by ducks and geese. 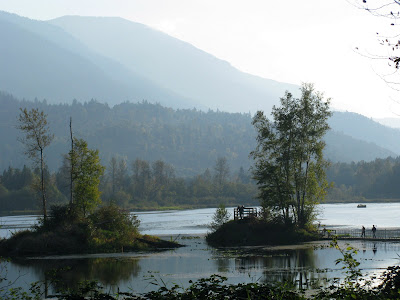 Cheam Wetlands Park...a beautiful and serene secret in a community that is known as "The Great Outside" for good reason!

And now I'm off to look after that turkey...and all the fixin's. May you all have a wonderful Canadian Thanksgiving!