of coons and cones...

Surprise...we had sunshine over the weekend...despite the predictions of the weatherman, who told us to expect mostly clouds and showers. 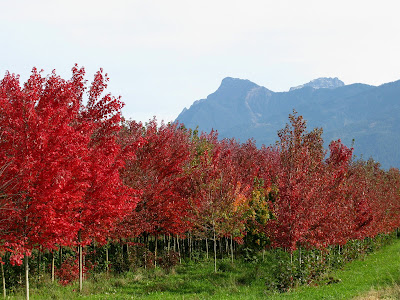 There's nothing like a little sun to bring out the true colours of the leaves in the plot of red sunset maples just down the road!

We particiapted in a fund-raiser for a local food bank on Saturday...held at Birchwood Dairy. Birchwood not only produces their own milk...but makes the best ice-cream in the valley. 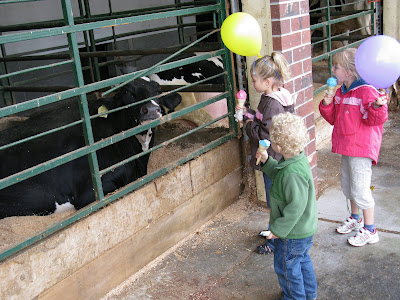 It's quite impossible to spend time at Birchwood, without having a cone. There's nothing like bubblegum ice-cream... 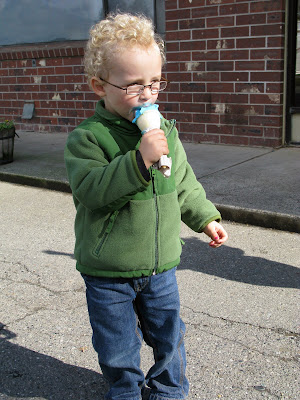 ...according to Ryder! Grammy's pick is always black raspberry cheesecake ice-cream in a waffle cone.

A few weeks back, as we were harvesting corn in a field we rent from a neighbour...he mentioned that he had a pet raccoon...and maybe we would want to bring the grandkids by sometime. 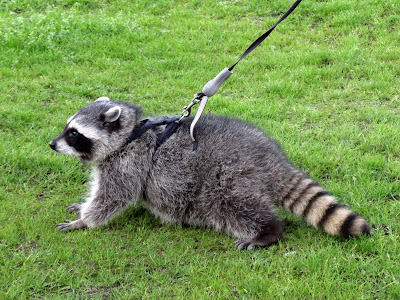 Bill rescued a baby raccoon about six months ago, when it got separated from it's litter. Rocky now thinks Bill is 'dad' and follows him everywhere. 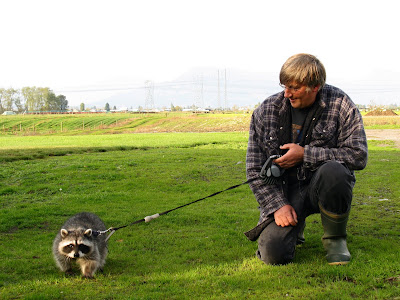 He is not used to strangers and was rather anxious to get off his leash and into his pen when we were there. He quite enjoys catfood, dogfood and fish...which Bill seems to have a ready supply of.

It was a lovely weekend! We celebrated birthdays, hosted family, and enjoyed beautiful fall weather...perfect for coons and cones.

And now it's Monday...have a great week!