more of the delights of san diego...

We had great overview of the distinctive sights of San Diego on our first day there...and knew exactly where we wanted to spend our remaining time.

The next morning we returned to Balboa Park...the largest urban cultural park in the nation. It encompasses 1200 hundred acres...and is named after the Spanish explorer Vascoe de Balboa. The park had it's early beginnings in 1868...and was mostly green space until the early 1900's. In 1910 it took on a new life...when it became the site of the Panama-California Exposition following the completion of the Panama Canal. Many of the buildings erected for this occasion, still stand today...mostly of Spanish Revival architecture.

Most of the main attractions are along El Prado...a wide promenade that runs through the centre of the park. 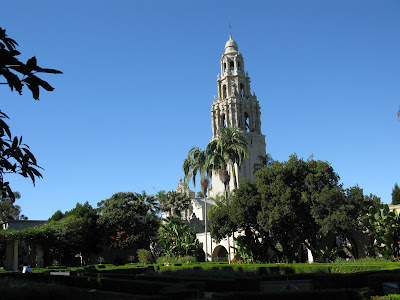 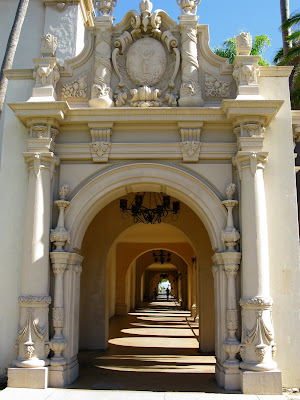 ...and the covered walkways are examples of the typical buildings on site. 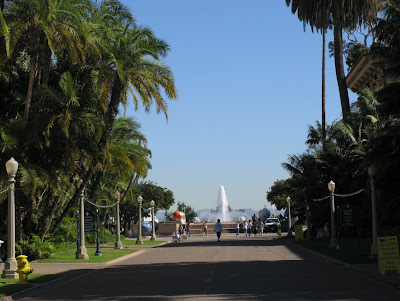 We strolled the wide pedestrian walkways...it seemed November was a good time to escape the crowds. 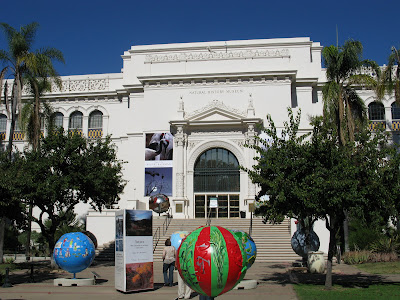 There are many museums in the heart of the park... 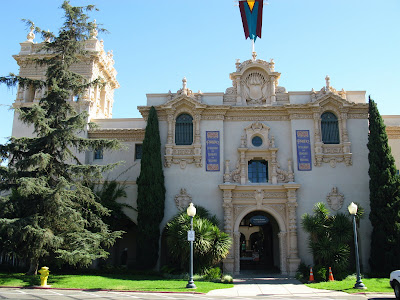 ...and being short on time and not that big on museums, the only museum we toured was the Timkin Museum, which houses world-class old masters paintings. (Did I happen to mention that it was also the only museum with no admission fee?) 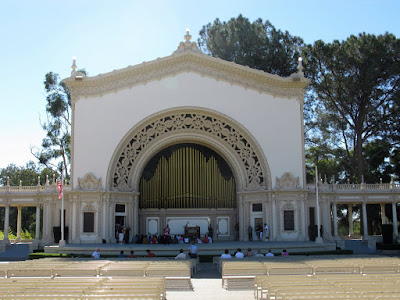 We also had the opportunity to take in an outdoor organ concert in the famous Spreckels Pavilion. John D. and Adolph Spreckels donated the Spreckels Organ, one of the world's largest outdoor pipe organs, to the City of San Diego in 1914 for the Panama-California Exposition. This unique organ contains 4,530 pipes ranging in length from the size of a pencil to 32 feet and is housed in an ornate vaulted structure with highly embellished gables. Since 1917, San Diego has had a civic organist, who performs free weekly concerts on Sundays. We were there on a Friday...but happened to chance upon a performance for a school group. An amazing instrument...but seemingly from a past era. I'm wondering how much longer San Diego will find people qualified to play.
Balboa Park is also known for it's lush landscaping and renowned gardens. A horticulturist and landscape designer by the name of Kate Sessions, became the city gardener in 1892 and can be thanked for planting many of the trees that are found throughout the park today. Sessions asked for 30 acres at the northwest corner of the park for a nursery. In return, she pledged to plant 100 trees in the park each year...and inspired private citizens and schoolchildren to help her in the task of planting.
We toured the Botanical Building...one of the world's largest lath slat buildings, which was erected for the 1915 Exposition. I was more interested in the orchids inside...than the structure! 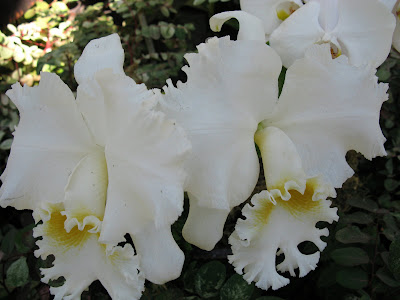 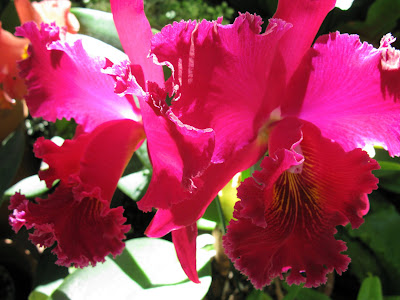 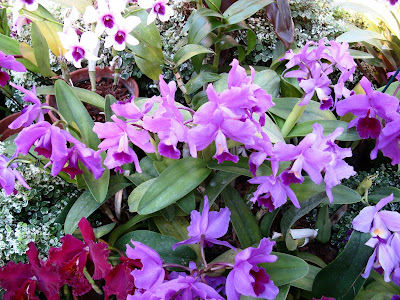 There were photographers with tripods and professional equipment everywhere...for good reason. 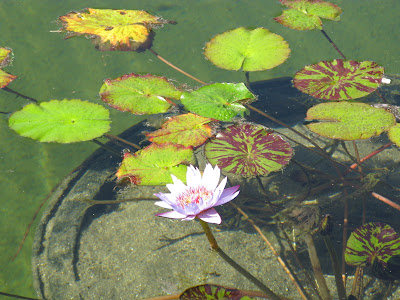 In front of the Botanical Building is a large lily pond...the most photographed spot in San Diego. Hmmm...I took a picture of a lily pad, but it seems I missed out on the the '#1 photo op'. Next time! 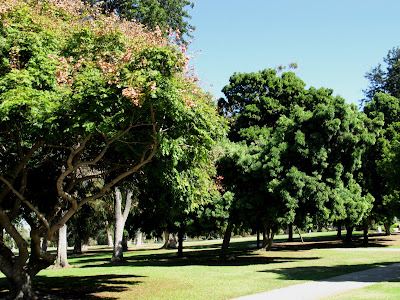 Today there are over 16,000 trees growing in Balboa Park...including more than 400 varieties. 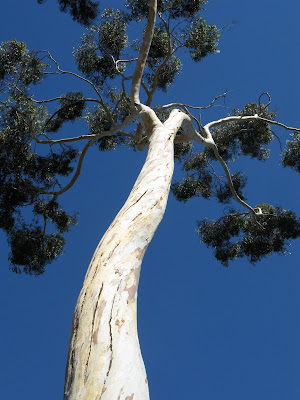 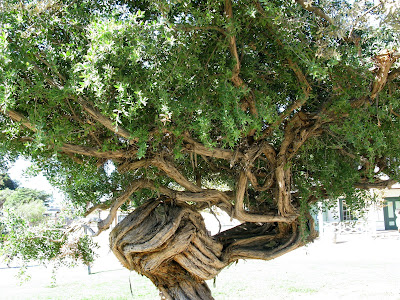 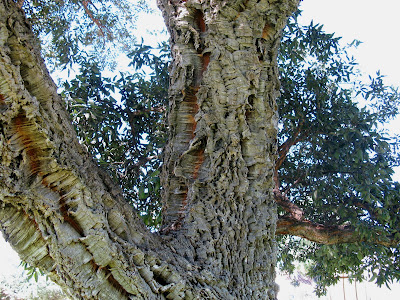 I have no idea what type of trees these are...I just thought they were most interesting, since they are unlike anything I would see in my back yard. 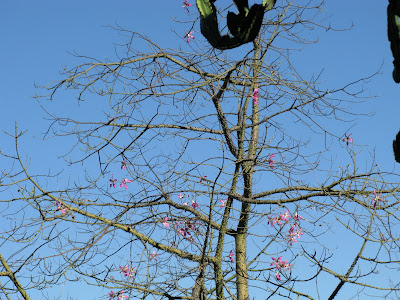 And I had to wonder about this tree...not a leaf in sight but blooming for all it was worth! I like that. 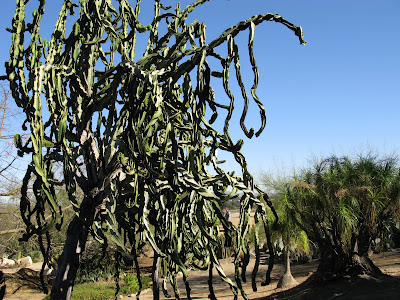 The cactus garden was developed in 1935...and includes many large, old cactuses. We saw much in our time at Balboa Park...but there is still lots to see and do next time! The famous San Diego Zoo is also situated in Balboa Park...but we decided we leave that for another day.
We returned to the San Diego Harbour for another look. 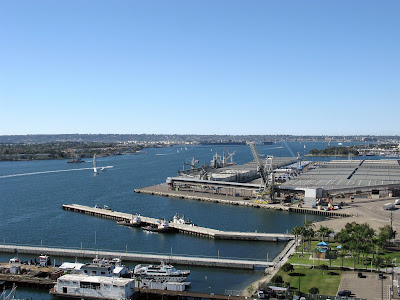 Hubby wanted to tour the USS Midway...a US carrier with quite the history. In active use for 47 years...the Midway was commissioned in 1945 and served as a flagship in Desert Storm. 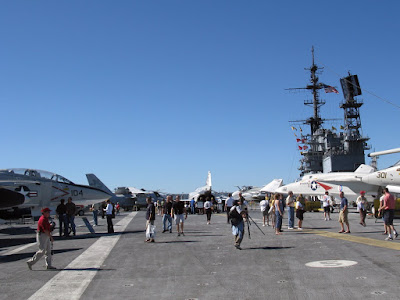 This picture was taken on the top deck...looking more like an airfield than the deck of a ship. Retired naval pilots worked as volunteers...re-telling stories of missions they were involved in. It was all very interesting to my hubby! 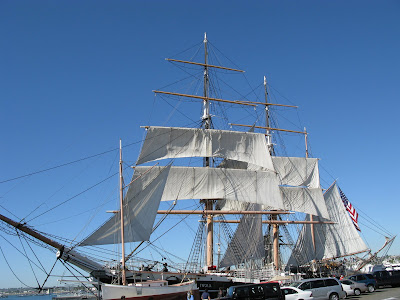 The Star of India is another famous sailing vessel that now has a home in the Port of San Diego. It was built in 1863...and is the oldest ship in the world that still sails regularly.
Enough of ports and ships...I was more interested in beaches and sunsets. 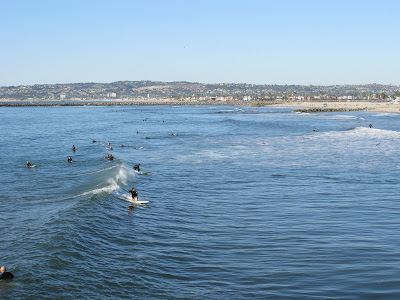 We made our way seven miles up the coast to Ocean Beach...'a California surfing town that marches to a 60's beat'. It felt rather like I was back in the sixties...and that felt quite OK. We spread our blanket out on the beach and watched the surfers. 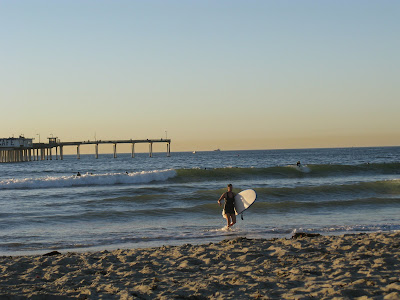 There were guys and gals..old and young...and they all looked right at home riding the waves. 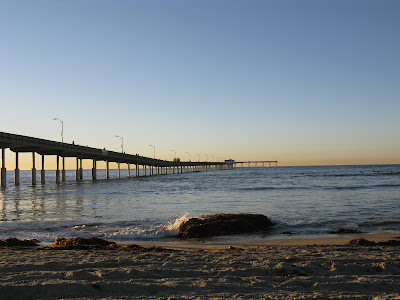 The Ocean Beach Pier is the longest concrete pier on the West Coast, measuring nearly 2000 feet. It includes includes a restaurant, bait shop, and surf board shop and is open to the public for walking and fishing. 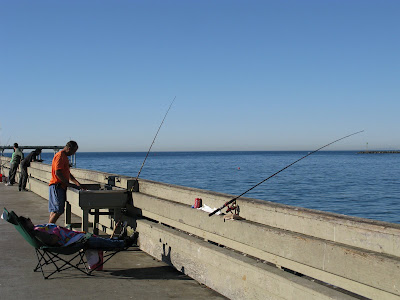 We walked the entire length...and chatted with some of the locals. She caught the fish...he cleaned them. I like that idea! 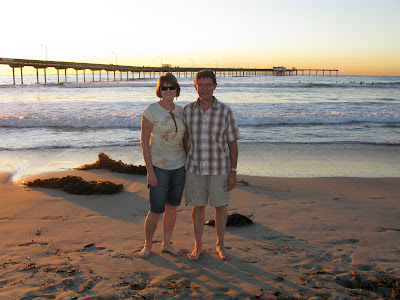 We had heard that the best spot to watch the setting sun was right here at Ocean Beach...and we heard right! 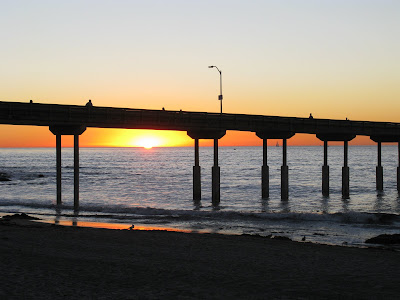 How special to see the sun setting over the water...something those on the east coast will never witness! We so enjoyed our little taste of San Diego...if you ever have a chance, check it out.