Though I say we spent a few days in London...in reality we mostly toured the surrounding countryside.  So if you were planning to see Buckingham Palace and London Bridge pictured here...you might have to look elsewhere.  We did in fact see those famous London landmarks...but it was raining and the wipers were going...and the pictures aren't blog worthy.  I'll leave you with a few city shots...and then we'll carry on into the country. 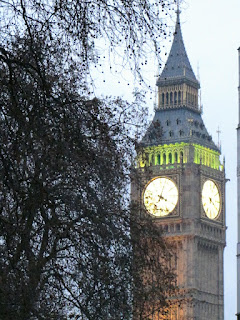 ...time marches on.   And right next door is the building we will be seeing a lot of over the next few months... 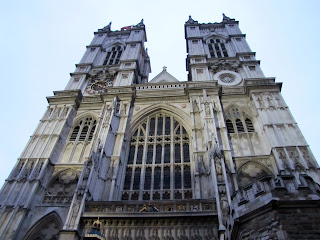 ...with all eyes on Westminster Abbey on April 29th for the royal wedding.

But let's leave the city behind and head out to the countryside.  There's so much to see...and with a most capable tour guide...there was so much to learn.  We hooked up with David from London Country Tours...a good move indeed.  Every morning he picked us up at our hotel bright and early...and off we went. 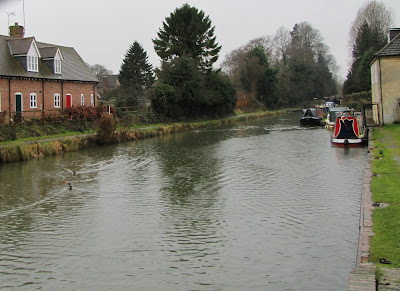 He took us through ancient cities, where the canals that once served as highways are still used today. 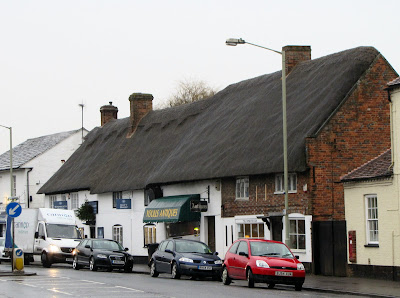 We passed through Marlborough and Hungerford..where thatched roof buildings that have been around for centuries still stand strong against the elements. 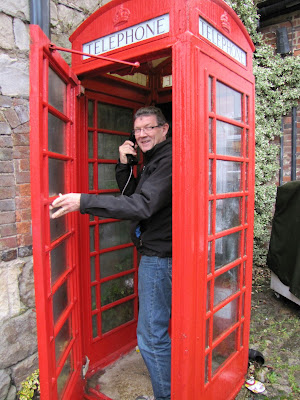 Country or city...there's always a red phone booth to be found! 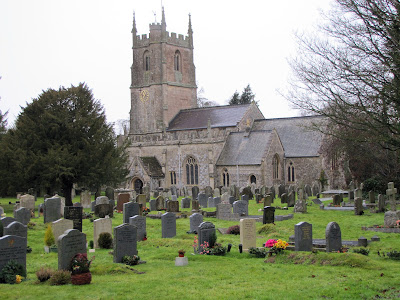 At Avesbury we walked about in the rain.  We stopped by St. James Church...and read the list of church patrons inside dating back to 1085.  Now that is history!
We reached the City of Bath before lunch.  It was established as a spa resort by the Romans in 43 AD...built at the site of the only natural hot springs in the UK. 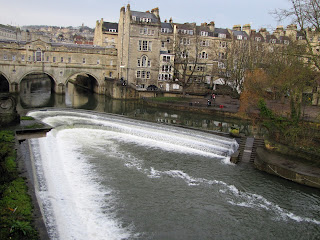 It is now a World Heritage Site... 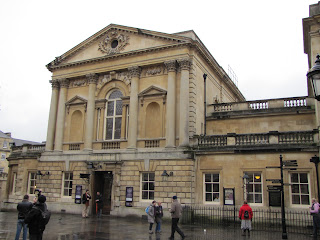 ...and features many historic buildings in the Georgian style......all built from Bath Stone. 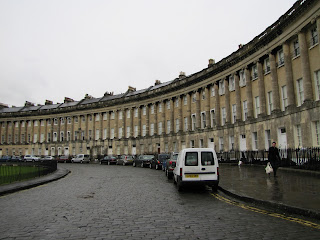 We had lunch at a wonderful old restaurant... 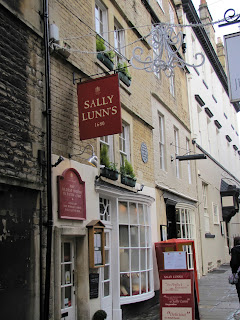 ...where Sally Lunn buns have been a legend for almost 400 years. 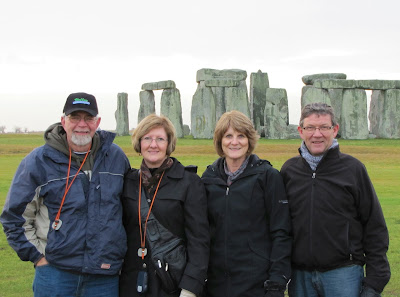 Dave & Janet...Judy & Elmer
Who would have ever thought that I would find myself at this site?  It looked exactly as depicted in my textbooks so many years ago!  I was too busy taking pictures to pay much attention to the commentary that was running in my ear.  But this I know...these stones have been here for a very long time.  And how they got there...no one really knows for sure.  It is believed they were erected around 2500 years BC.  They are also listed as a UNESCO World Heritage Site. 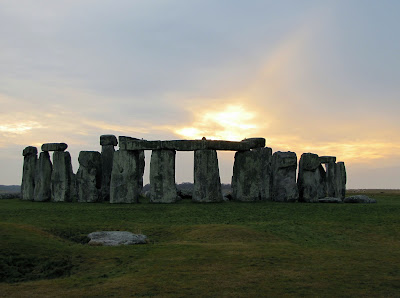 If you ever wish to visit Stonehenge...and have the place almost to yourself...go in January!  It was actually quite lovely...and we stayed until the sun was setting.

Our tour guide had a few more places of interest to show us...but I'll leave those for another day.