The Versailles, the Rodin and the Louvre... 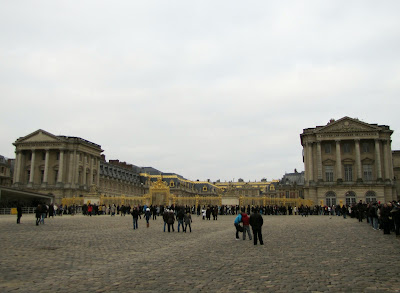 One of the finest historic buildings in Europe is a magnificent palace called the Chateau de Versailles. King Louis XIV transformed an old hunting lodge into a palace which was the ultimate symbol of grandeur and excess. It took 40,000 workers 50 years to create the decadent palace. For about 100 years, the Versailles was the residence of the king and the cultural centre of Europe. That all ended with the Revolution of 1789...but some 50 years later, the palace was re-opened as a museum. 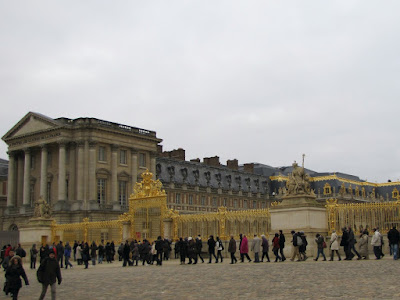 We were in good company on the day we chose to tour the Versailles. It happened to be the first Sunday of the month...when guests are admitted free of charge. We had our 'purchased in advance' passes in hand...but they weren't required. 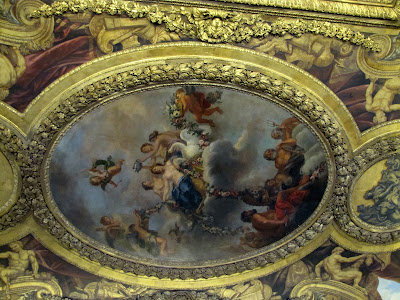 From ceilings that were amazing works of art... 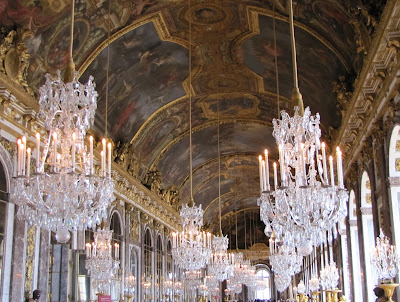 ...to gilded moldings and crystal chandeliers...everything was a little 'over the top'.  It was easy to imagine that peasants of the day felt justified in revolting. 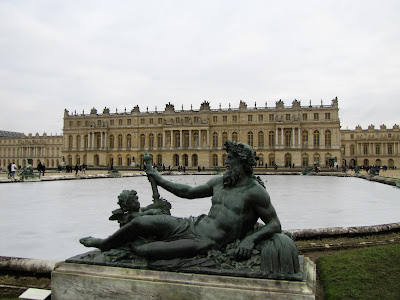 As you can tell...the palace is massive and took a while to tour. And when we were done the palace...we entered the gardens...and realized our tour was far from over! 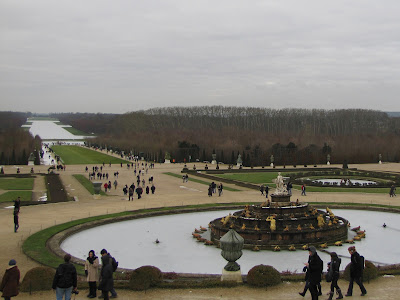 The gardens were awe-inspiring...all 250 acres of them!    They seemed to stretch as far as the eye could see, with lakes and ponds all nicely laid out...and bronze statues and fountains galore.  We weren't really expecting a whole lot from a winter garden...but definitely enjoyed our time there.

It is a 40 minute walk through the gardens to the domain of Marie-Antoinette.  Here we found King Louis XIV's hideaway...a smaller palace called the Grand Trianon that he used to escape the pressures of kingship. And nearby was the Petit Trianon...where Marie Antoinette made her home.

By the time our tour was over...the French sun was about to set...and we had logged 8.5 miles on the pedometer.  We were good and ready for our French cuisine that evening...served to us by a waiter named Phillippe.  If you are ever in Paris...be sure to visit Chateau Versailles.  It was amazing!

I'll take you on a quick trip to two of the other museums we visited.  Though some would have spent hours at these places...we took 'power tours'. 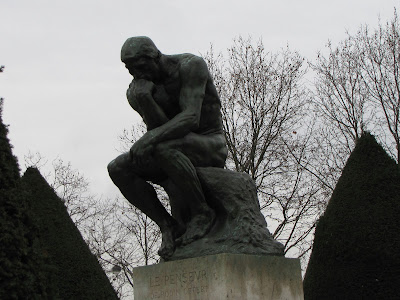 ...a famous sculpture by Auguste Rodin...in the extensive gardens of the Rodin Museum.

The Louvre...often described as the greatest museum in the world...houses more than 35,000 works of art. It was all rather overwhelming to us...but we went in search of one particular work of art.  We found her... 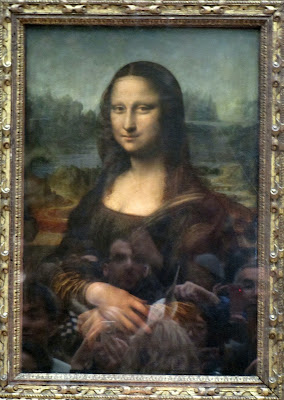 Enough for today.  I'll take you back to the City of Light once more...before we take the Eurostar Chunnel to London.