A New England seaside resort...60 miles south of Boston...was our next stop along the way. 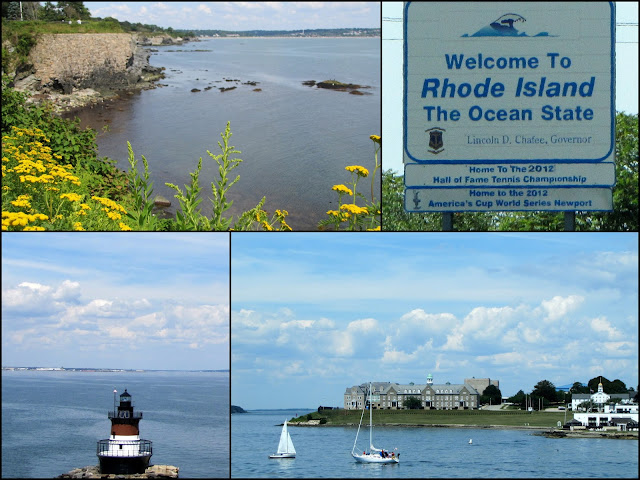 It wasn't really in the plan...but plans sometimes change at the last minute.  Instead of  riding a gondola on the river in Providence...we opted to walk the cliffs of Newport a little further south.

The Newport Cliff Walk is a 3.5 mile public walkway that runs on an easement over private land along the shore.  On one side is the spectacular coastline... 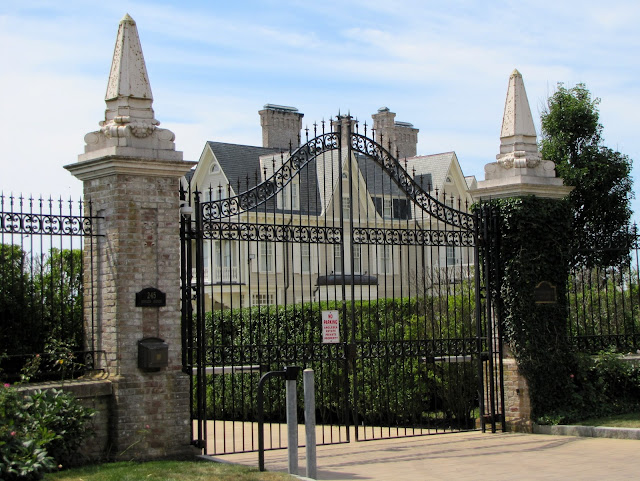 ...on the other are the famous gilded mansions of Newport.  In 1975 the walk was designated as a National Recreation Trail...the first one in New England.

The area was developed as a summer resort for the wealthy...who tried to block off the shoreline to prevent the public from sauntering through their back yards.   The Rhode Island Supreme Court ruled that property owners must allow access to the Cliff Walk. 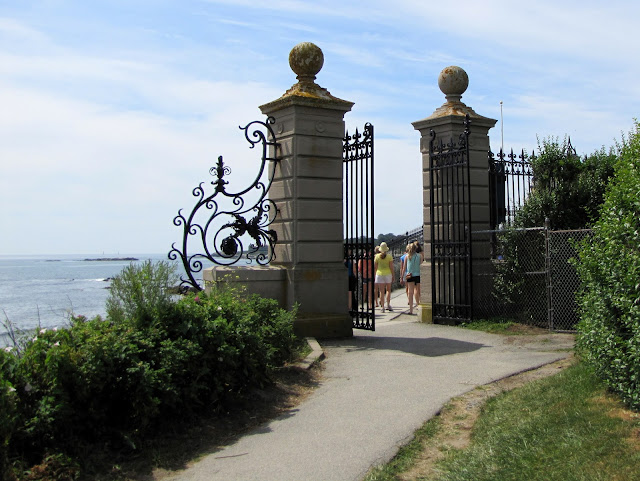 And so the gate was open...and we walked. 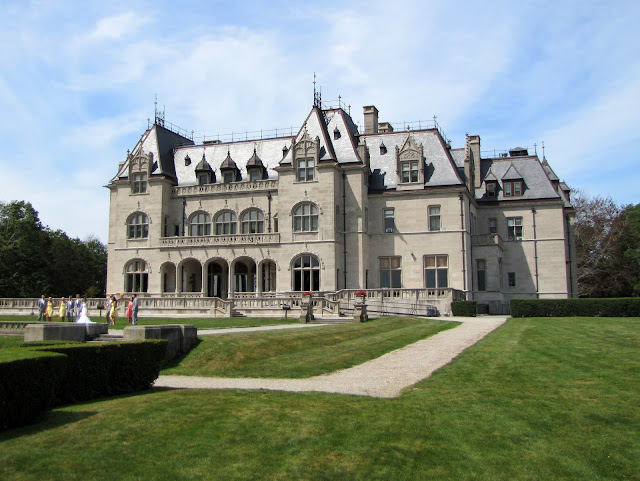 Though the ocean views were beautiful...I quite enjoyed checking out the backyards of all the mansions we passed by.  A wedding party was posing for pictures...so I obliged. :)

Do you know who got married in Newport on September 12 sixty years ago?  I happened to read all about it in the Huffington Post a few days ago.  You guessed it! JFK and Jackie. 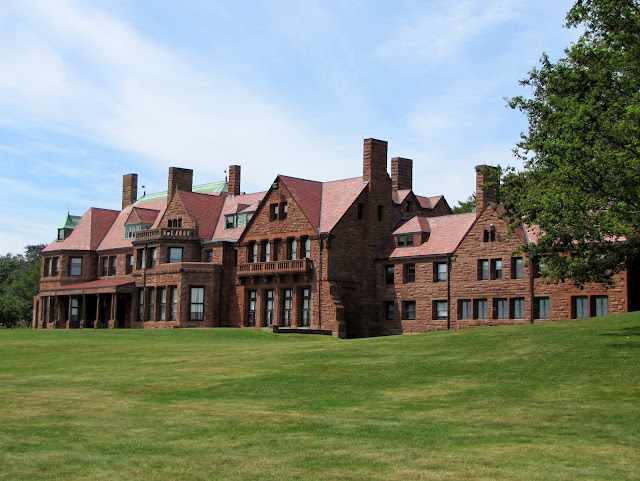 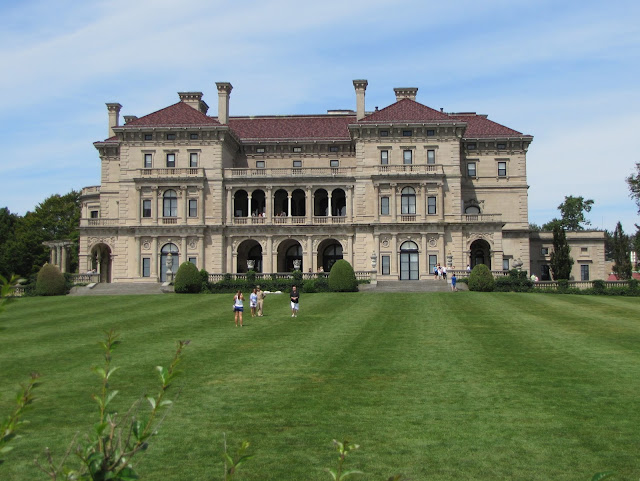 Some are open to the public...from the front yard...with a purchased ticket. 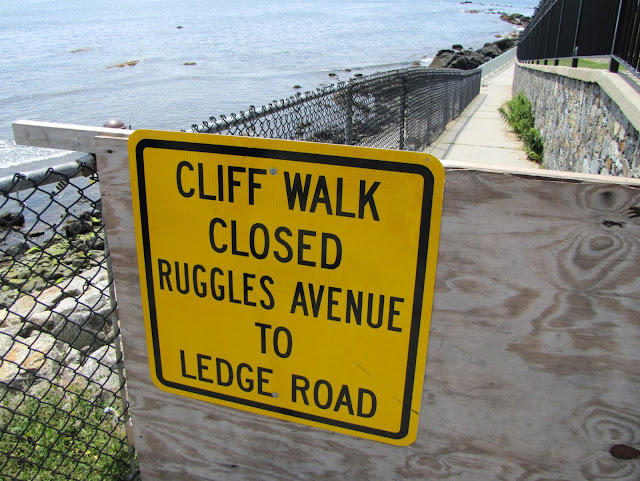 We came to a roadblock along the trail...and realized that was as far as we could go.  Hurricane Sandy caused considerable damage to the next section of the cliff walk almost one year ago and it remains closed.   We had no choice but to turn back. 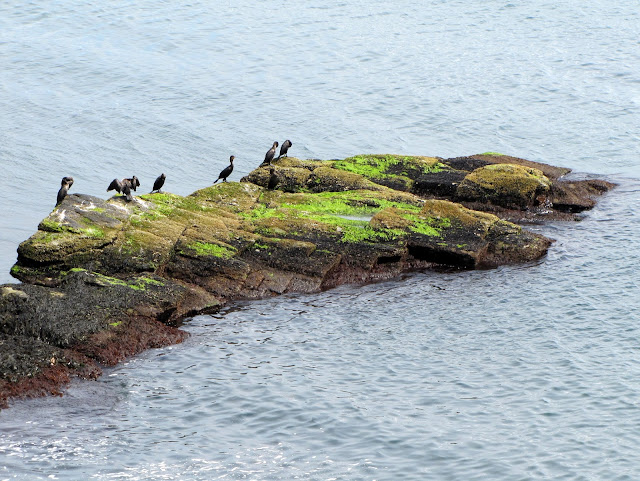 If you are ever in Rhode Island...check out the cliff walk at Newport.  We were glad we did!