Carrying on down the road...ever eastward...we passed through the pastoral landscapes and picturesque farms of the Midwest. 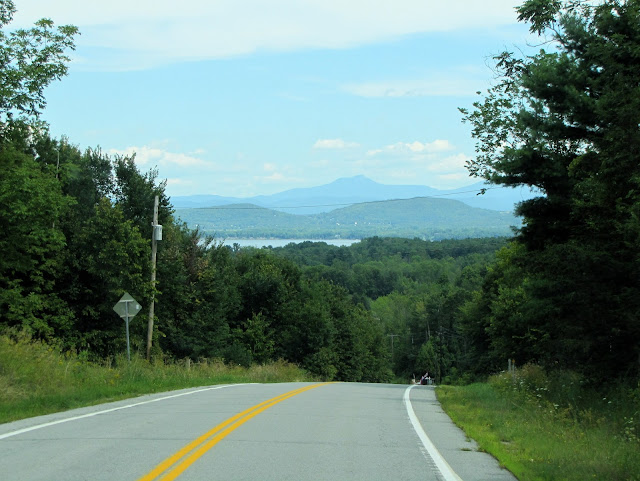 Soon we were in new York State...now working our way north through Adirondack Park. It happens to be the largest park in the United States.  It is a state park which covers over six million acres and encompasses all of the Adirondack Mountain Range.  There were no entrance gates and no admission fees...but we passed by official park signs here and there.  I'm thinking it would be a most beautiful drive in the autumn. 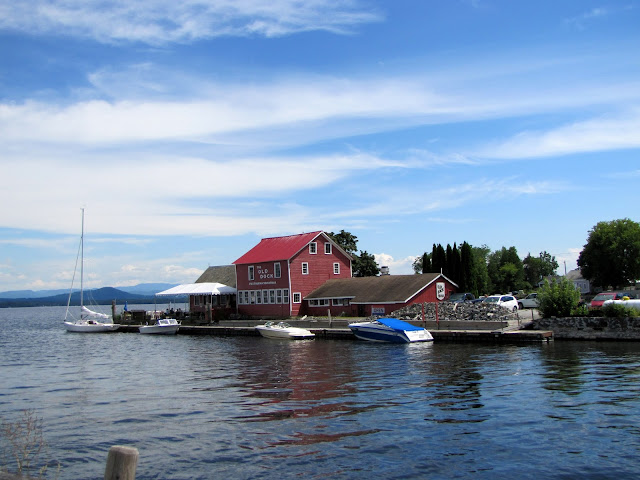 From northern New York state...there is only one way to get to neighbouring Vermont...and that is by ferry.  Since Lake Champlain is too large a lake to bridge...there are three free ferries to take passengers across.  We boarded at the wee hamlet of Essex ...and had a 30 minute ride with spectacular views. 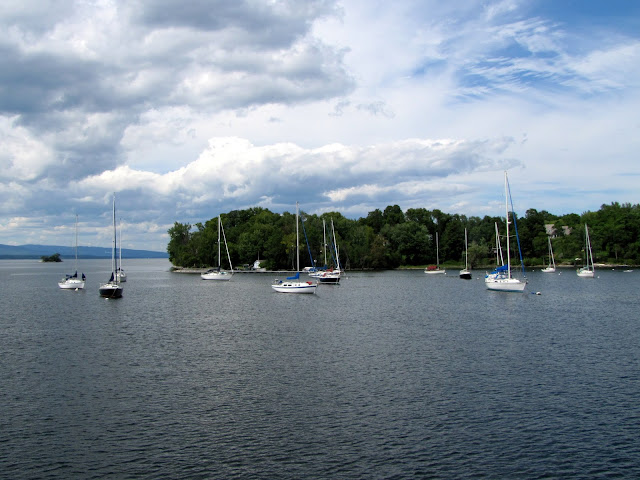 Soon we docked at Charlotte, Vermont and carried on down the road. 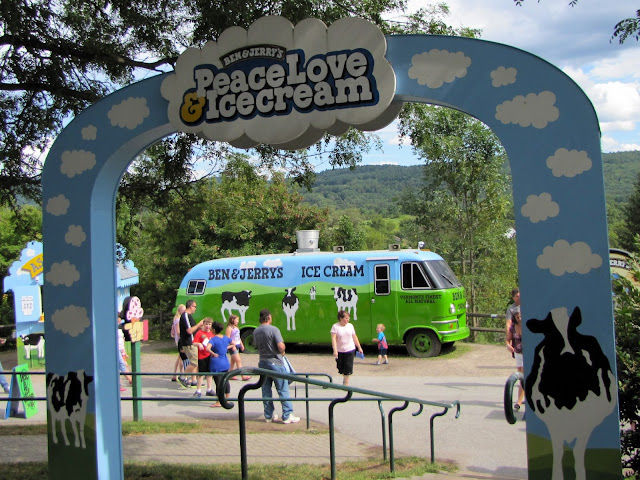 It seemed all the tourists were heading for Ben & Jerry's Ice-Cream factory in Waterbury...so we fell in line.  We learned a few things...about how two childhood friends turned a five dollar ice-cream making course into a huge business.  We toured the factory...sampled the 'flavour of the day'...and exited through the gift shop.  That's always a good strategy!  And then we stood in line to get our cone!  Though we can buy Ben and Jerry's ice-cream anytime at our local store...we just couldn't resist having some right here...where it all began.

Not far from Ben & Jerry's was another place of interest... 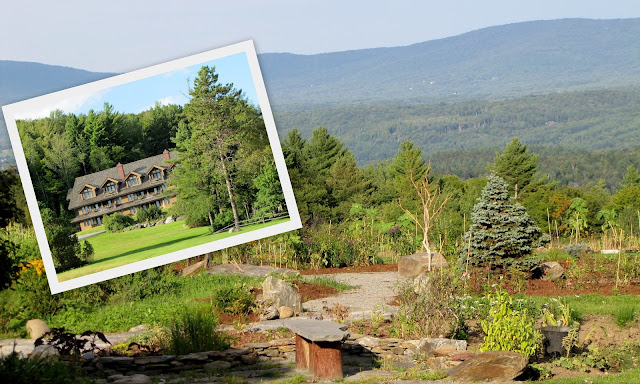 ...the Trapp Family Lodge in Stowe, Vermont. We checked it out...just for fun.  If you are familiar with 'The Sound of  Music' you will know about the Von Trapp family who left Austria in 1938...and ended up in Vermont.  They opened a ski lodge here in the mountains at Stowe...and have been operating it ever since.  Baroness Maria Von Trapp (of Sound of Music fame) passed away in 1987...and the lodge is now managed by her youngest son and grandson (Johannes and Sam Von Trapp).  It looked like a beautiful place to spend some time...but we carried on down the road.

The next morning...we visited a Rock of Ages near Barre, Vermont. 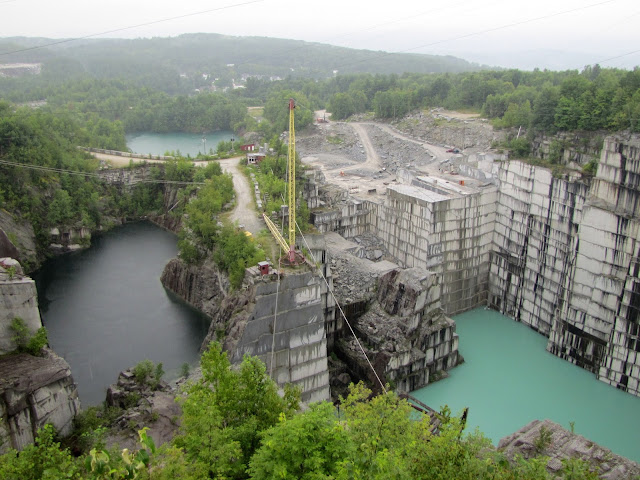 It is the world's largest deep hole granite quarry...and the tour was most worthwhile.  Who knew that the granite for most of America's headstones originates right here? 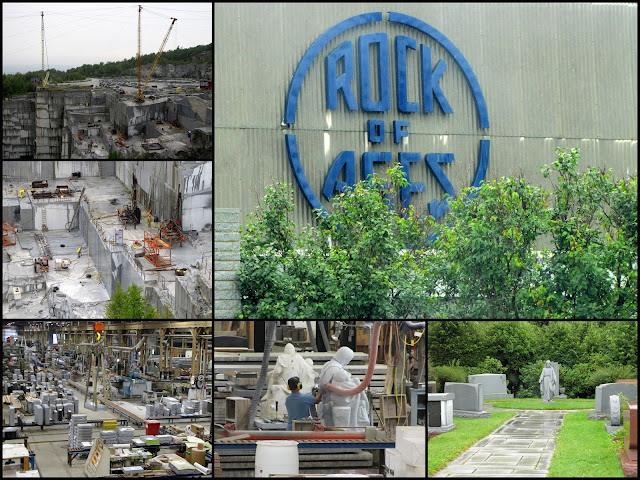 We watched the work in the pit...and learned a lot from our most excellent tour guide. We also toured
the factory where the rough granite was being made into beautiful works of art.  We wandered around a bit outdoors (in the rain) on granite walkways...past granite pieces of art...and by the world's only granite bowling alley.  And we left with a sample of Vermont granite (we could help ourselves from the scrap bin).  I'll never look at a headstone in quite the same way...now that I know where it comes from. 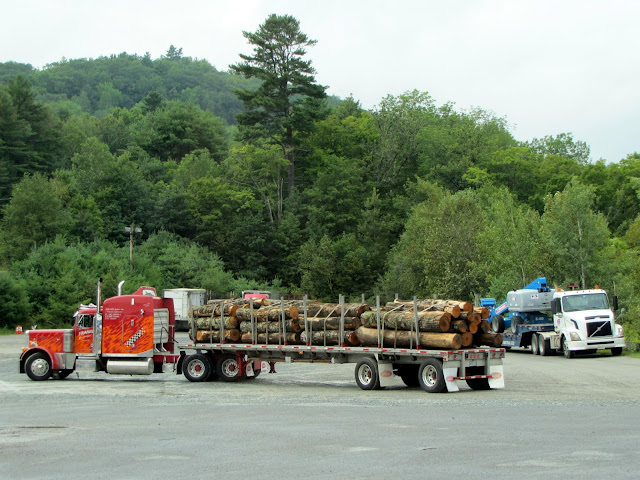 Logging seems to be a significant industry in Vermont...not so different from back home.  But we couldn't help but notice that the hardwood logs of Vermont are much shorter than the Douglas fir and hemlock logs we are used to seeing in British Columbia.

Vermont...also known as the Green Mountain State...is the second smallest state in terms of population.  It is known for it's beautiful fall foliage (we missed that) and it's fabulous maple syrup (we got that)!  Tourism is huge...and there is a bed and breakfast around every corner.  It's a lovely place to visit! 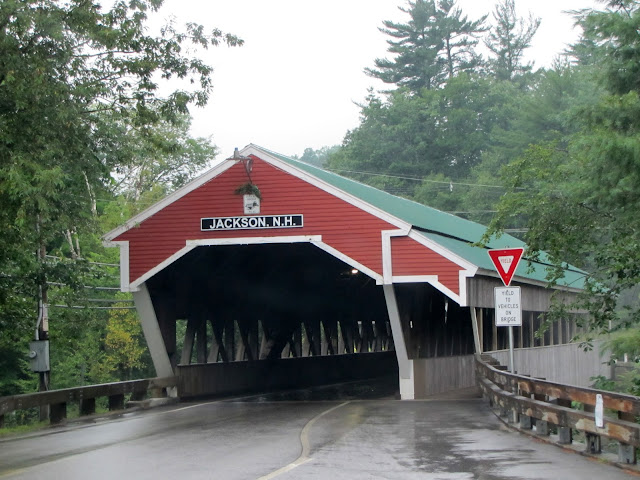 From Vermont...we carried on into New Hampshire.  We crossed a covered bridge that caused us a little grief... 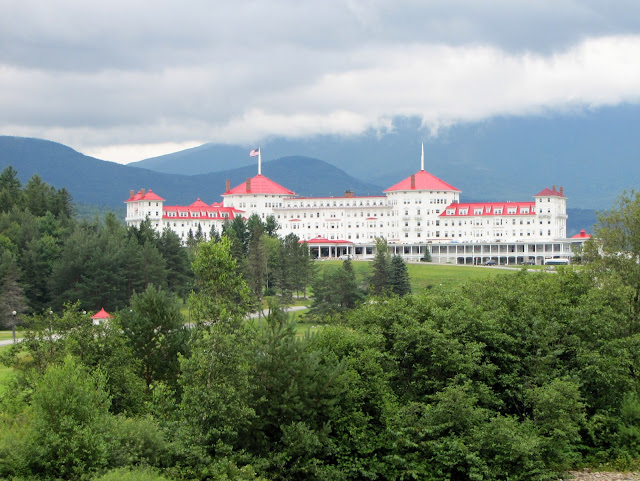 ...and drove through the White Mountains hoping to see Mt. Washington.  We saw the Mt. Washington resort...but the peak itself was obscured in the clouds that day.  At 6,288 feet...Mt. Washington is the tallest peak on the east coast.  To put that into perspective...it is a wee bit shorter than our local Mt. Cheam.  Though it may not be among the world's tallest peak...Mount Washington  lays claim to the honour of being "Home of World's Worst Weather".  More than 135 recorded fatalities have occurred on this mountain...more than on Mt. Denali.

We bade farewell to New Hampshire...sometimes called Switzerland of America... 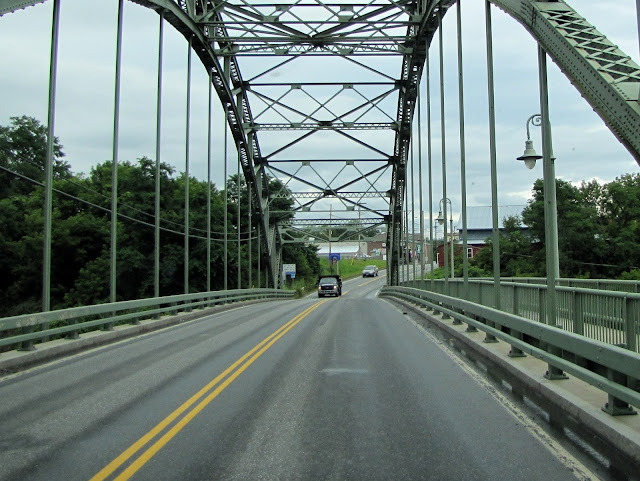 ...and crossed over the bridge into Maine.  I'll take you there next!

Here at home it was a good weekend...a fine time at the MCC Relief sale, catching up with friends and enjoying the beautiful fall-like weather.


Have a wonderful Monday.