Connecticut welcomed us. It is known as the birthplace of President George W. Bush...where Pez candy originated...where the song Yankee Doodle came from...and so much more. 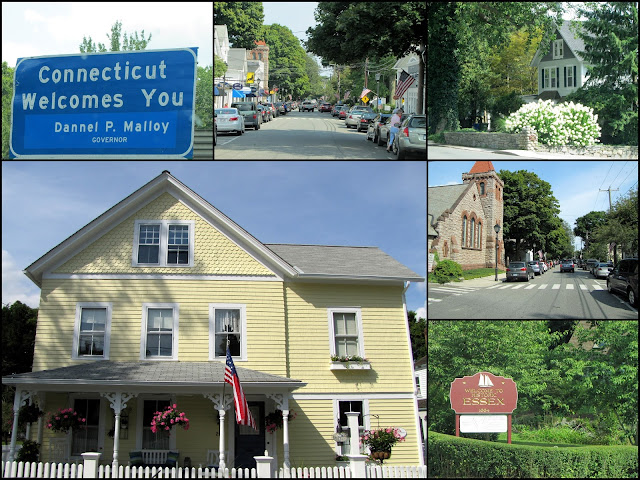 We mostly passed through the state...with a detour or two through charming historic towns.  And then we carried on to New York state...where we set up camp just a little north of New York City along the Hudson River.  National Geographic listed the Hudson Valley as one of the 'best trips of 2013'...and we decided to see for ourselves.

We crossed the famous Poughkeepsie Bridge...which I told you about previously.  Closed for some years...it reopened in 2009  as Walkway Over the Hudson State Park and is the longest footbridge in the world.

From there we drove further up the river to Hyde Park...the hometown of Franklin D. Roosevelt... America's only four-term president. 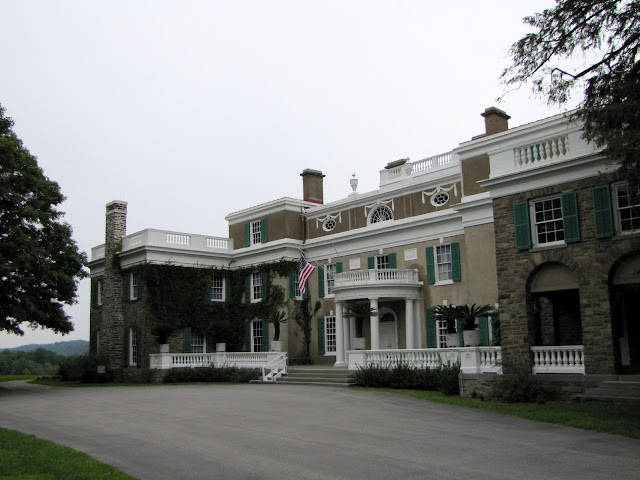 We stopped by Springwood...his birthplace and principal residence throughout his life which is now a National Historic Site maintained by the National Park Service.  The original farmhouse was purchased by Franklin D. Roosevelt's father in 1866...and underwent many additions over the years. 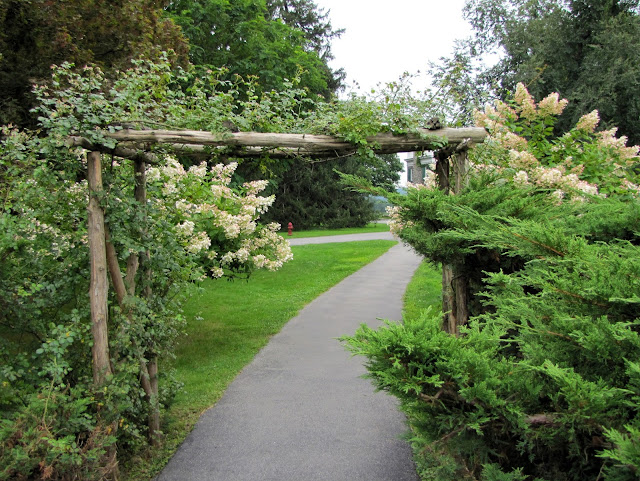 We took the self-guided tour of the gardens and trails.  The gardens are most beautiful and well-maintained. 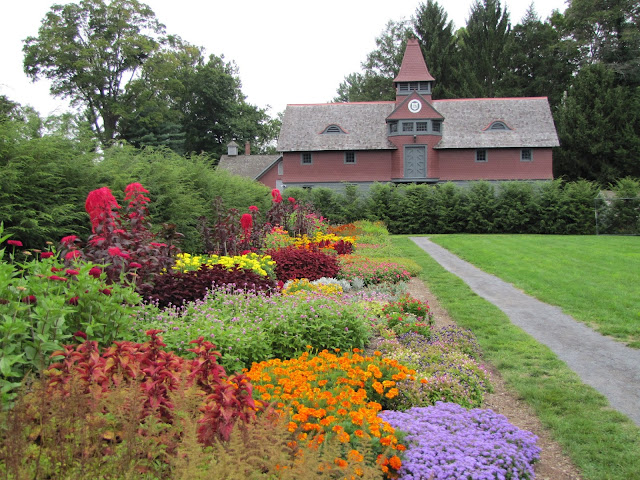 Springwood is home to the Presidential Library and Museum...as well as a visitor center where one can learn all about this historic spot. 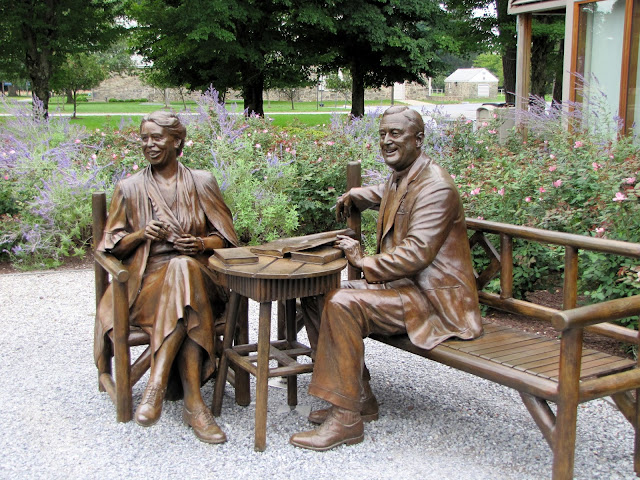 All that is within me cries out to go back to my home on the Hudson River.  FDR

Franklin and Eleanor can still be found reading books out in the gardens...overlooking the Hudson River. :) 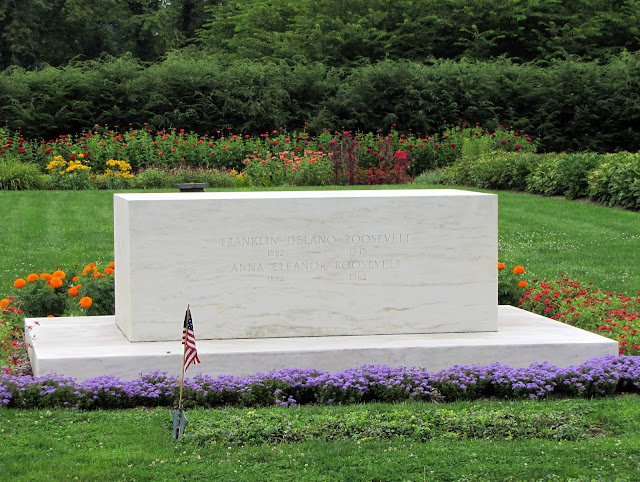 FDR's favorite place was the rose garden...the place he chose as the burial spot for himself and his wife.   Franklin passed away in 1945...after which time Eleanor chose to live at Val-Kill...their smaller and more modest home nearby. 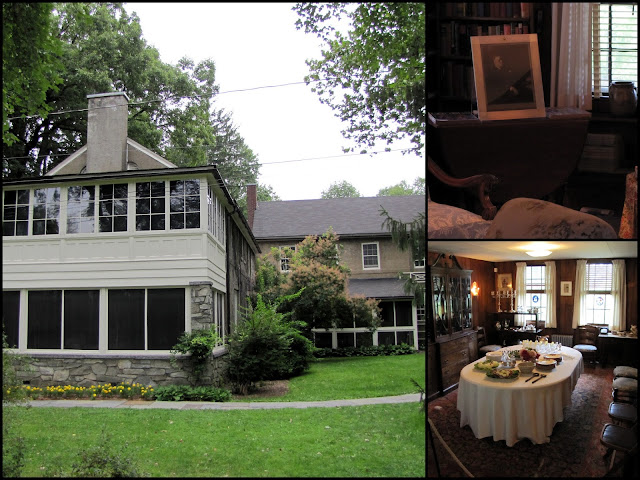 We toured that as well...and learned a lot about this influential woman.  John F Kennedy came to visit her here at her home...hoping to garner her support.  This is the only National Historic Site in the USA dedicated to a first lady.  She made an impact on the nation...a tireless worker and activist.  And in the end...she penned these words...


"The greatest thing I have learned is how good it is to come home again."
Eleanor Roosevelt
There was much more to see in the Hudson Valley...from farmer's markets and orchards to the famed Culinary Institute of North America.  But today...I gave you the historic tour.