Last night we celebrated dad’s 85th birthday. Since he is leaving town by September 14 (his actual birthday), we thought we should have a little party before the occasion. We debated which ‘special place’ we would choose as the venue. Would he like The Olive Garden? Should we go to Earl’s? How about Milestones? But knowing dad, we really had no choice but to go to the ABC Country Restaurant in Clearbrook. They have excellent home-style meals…and best of all they have wonderful pies! To make the ABC dinner a little special we thought we would chauffeur him there in a Ford. However this one was not just any old Ford…it was a Lincoln with lots of legroom! 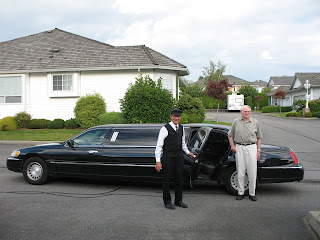 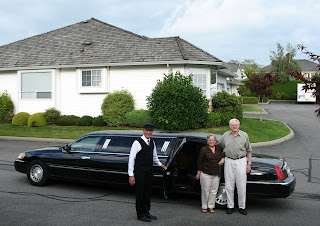 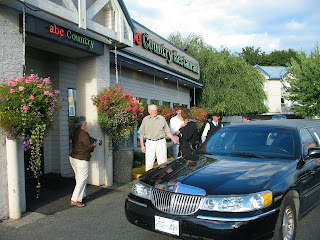 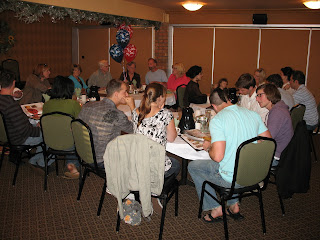 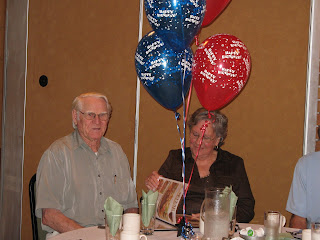 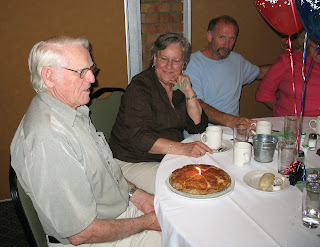 This was no ordinary birthday cake...Apple Pie Flambe! 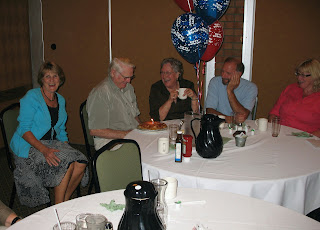 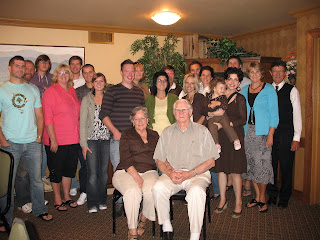 Happy 85th from the gang. 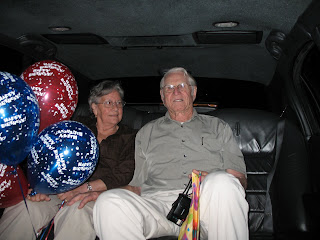 Enjoy the ride, dad...you deserve it!

Eighty-five years is a long life, and definitely a good time to reminisce. To mark the occasion, I made up a book for dad. It contains his life story in his own words…along with photos. Here are a few glimpses into the life of William John Baerg … 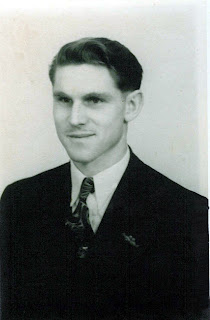 Dad was born in South Russia in 1922 to John & Susannah Baerg. He was the fifth of nine boys and three girls. The family came to Canada (via Mexico) in 1926...along with many Mennoite families who were fleeing in search of freedom. 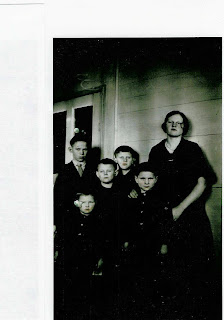 Here is a photo of the Baerg siblings upon their arrival in Manitoba in 1926. Dad is pictured on the right with his oldest sister Anna.


The Baerg family moved several times, before settling on a farm in McCreary, Manitoba in 1936. By that time he was fourteen, and changing schools was not an easy thing. The school was over-crowded and there was work to be done at home, so his formal education officially ended. The next years were spent farming in the summer and working in the bush in Ontario in the winter. In 1945 he moved to B.C. and worked in an autobody shop in Chilliwack. He married mom (Helen Isaak) in May of 1948 and they moved into a new home in Greendale two days before the famous flood. Their new home was under water, and it was six weeks before they were able to return. In the fifties mom and dad decided to go dairy farming. The first farm was close to downtown Chilliwack, and is now part of the suburbs. In 1958 they bought a dairy farm in East Chilliwack, and that is where we all grew up (five girls and one son, at long last). When Bill (brother) left B.C. to go farming in Iowa, Dad decided to retire from dairy farming to pursue other interests…he was 65 at the time. Mom & Dad did a lot of traveling in their motorhome over the next twelve years. When they were not on the road, dad could be found in his shop restoring old Fords (twelve antique cars…plus two tractors). If there was a Blue Jays game to be watched, he was in his favorite chair cheering them along. In year 2000 cancer struck…twice! Dad came through his surgery and was on the mend; then mom was diagnosed with pancreatic cancer and passed away three weeks later. Dad spent a lonely winter in his large home on Annis Road, and in 2001 he married Marge Hooge. He moved to Abbotsford at this time, where he has made a lot of new friends. He could not take his antique cars with him, so we (the kids) were the benefactors. I am the proud owner of a 1947 Monarch, which I am not capable of driving (I’m partial to automatics with power steering). Marge and Dad have done a lot of traveling these past few years and are leaving on a Baltic cruise next week. They will be in London on his 85th birthday…they may even visit the Queen!

That is the story of dad’s life in a nutshell. Here (in his own words) is how he ended his autobiography, “I’m not much good at putting thoughts on paper, but if you come over I can tell you a lot of long stories, mostly true!” That’s an invitation…he’s always got a story! 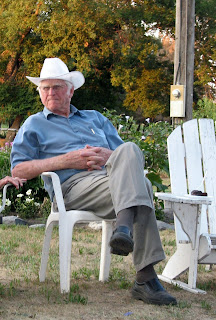 There have been lots of changes through the different seasons, but we know that God has been faithful and He has given you a good life, Dad!

We wish you a very happy 85th birthday, and many more years!