Today is September 11th…an important date on the calendar. It’s not associated with celebration but rather with sadness as we reflect on what happened six years ago today. How well I remember a phone call from Jeremy in the early morning hours, telling us to turn on CNN. We watched the horror unfold…and wondered if it would ever end. We met my dad for lunch that day at the Chilliwack Airport Coffee Shop…the normally bustling café was quiet. Even small Canadian airports had been shut down…the nation came to a halt as we waited to see what was happening. It’s a day that will never be forgotten…but also a day that should be lived.

Especially since it is Elmer’s birthday! 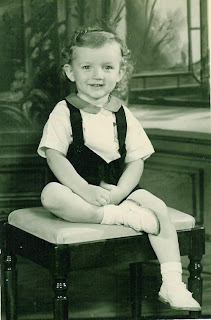 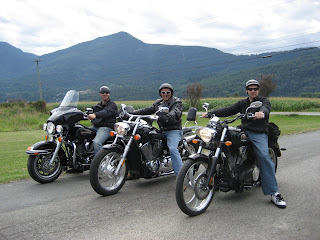 …and this is now (well, actually a few weeks ago).

His Father’s Day gift from the 'kids' was a day of ‘biking’ with the boys. They rented a Harley for him for the day, so he could join them on a cruise around the valley. I wasn’t overly thrilled since he hasn’t ridden motorbike since his Honda 80 dirt bike days (in the seventies)…not to mention that he does not have a motorbike license. So somehow I never knew about the actual outing until it was over (see, there was no need to worry!). 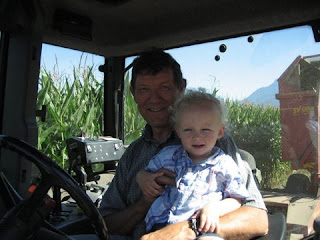 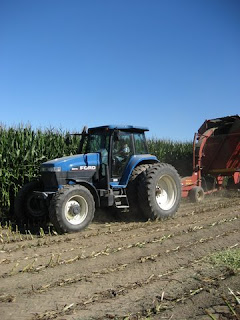 We’ll have to celebrate with the family later in the week, since it’s corn-harvest time on the farm. Although the crop is rather late this year, we were forced to cut one field where the bears are having a picnic every night. Six bears were seen there on Friday night…they were coming off the mountain in the evening to have their fill. So the guys decided they better get the corn off the field before the bears did.

Happy Birthday to my best friend & may we celebrate many more September 11ths together!

Email ThisBlogThis!Share to TwitterShare to FacebookShare to Pinterest
Labels: family, life on the farm