getting lost in the corn...

Fall has arrived and the corn fields are disappearing as the crops are being cut for winter feed for the cattle. But there's one bumper crop that will be standing until the end of October. A group of us decided that Sunday night was a good night to go get lost in the corn in our local corn maze. They have record high corn stalks this year...about twelve feet tall throughout. 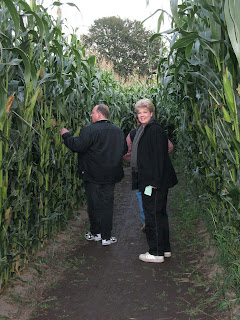 We soon figured out that it was all about knowing the answers to the clues we were given & since we were a little 'clueless' we decided that if we just followed the path most travelled we would eventually find our way out. And we would have... 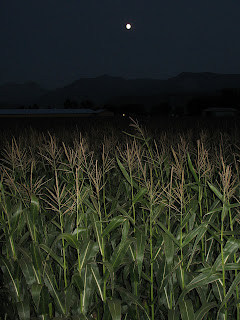 ... except that the darkness came so much sooner than we expected! I think John (the owner) actually thought we might still be there on October 31st when they cut the corn, so he came to our rescue with his flashlight! 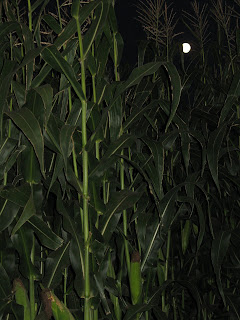 It was such a beautiful night & the corn field was a great place to enjoy it! 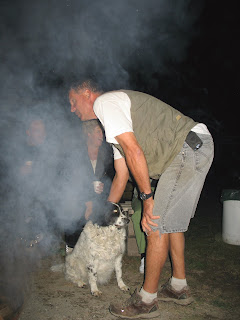 John and Rascal joined us at the campfire where we roasted smores and enjoyed each other's company under the starry sky. What a great way to enjoy a clear, crisp autumn evening!