camping in my own backyard...part II

Not so long ago we decided to camp in our backyard...let's just say the decision was made for us. Well, we had another backyard campout last night...and this was actually a planned event. Jeremy and Broni were off celebrating their anniversary and Emme, Spencer and Ryder came to spend the time with Grammy and Grandpa. We have taken the girls on a camping experience every summer...they are busy planning where we will go this year and Ryder is saying, "Me too!' So we thought if we all slept in the motor home last night...Ryder might be fooled into thinking he also went camping with Grammy and Grandpa.

First we had to make sure everyone was good and tired by the time the time we went 'camping'! We took the whole gang to Minter Gardens in the afternoon and checked out the Classic Car Show. 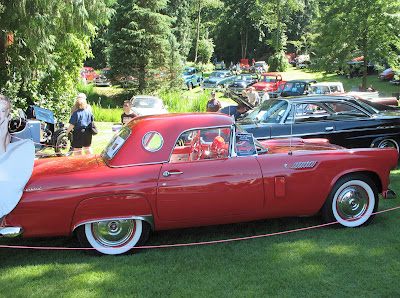 This red 1956 Thunderbird was the crown jewel of the show. 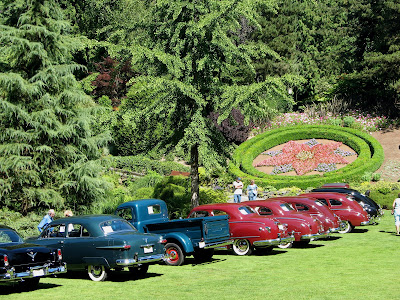 All the cars pictured above and more are owned by one individual...he must have quite the garage! 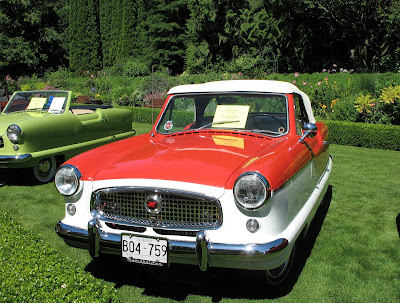 I took this photo for my dear SIL...who apparently drove one just like it (before my time)! We met a few friends who had vehicles on display...one a red Porsche and the other a Bel-Aire.

The last time we had been to the vintage car show was July 2000. My dad had a car there that year...and the whole family went to check it out. My mom was there...smiling and walking about. She insisted we all come for supper afterwards. The next day she was admitted to the hospital...and within four days she had passed on. So I have rather bittersweet memories of the annual event at our local show gardens.

The grandkids weren't all that interested in the old cars and were disappointed to find the maze they so enjoyed was no longer a garden feature. Not to worry...they quite amused themselves rolling down hills. Oh to be young! 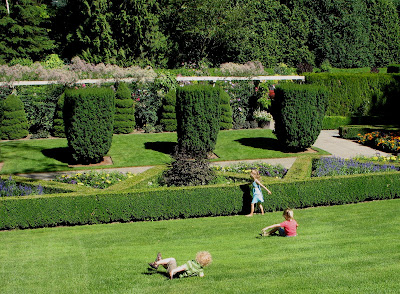 We had promised the kids we would set up the slip 'n slide on our little hill once we were back home...and they were so looking forward to it. By the time we arrived home it was very windy...the slip 'n slide became a kite and there was no way we could set it up. 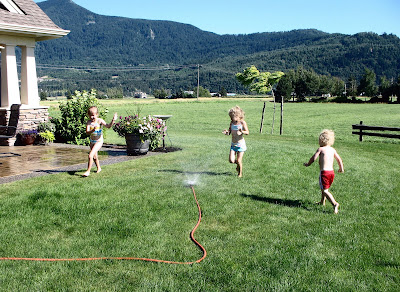 They had to be content with running through the sprinkler. The promised wiener roast also never happened...a campfire was not a good idea in that wind! 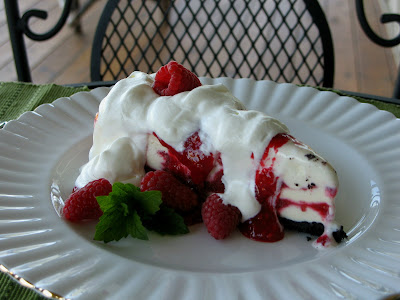 But they got the raspberry ripple pie they were promised for dessert......you can check our on-line cookbook for the recipe, if you are interested.

Thankfully there was no assigned bed-time last night...so we all went to bed way too late! 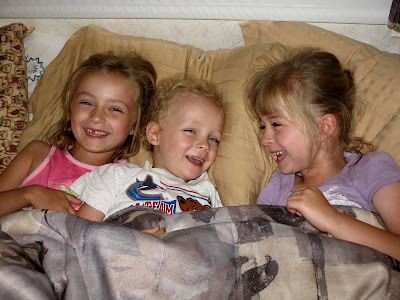 Everyone was all smiles this morning...and Ryder thought camping was just the best! Grandpa came in from morning chores, and we all went to the airport cafe for breakfast... 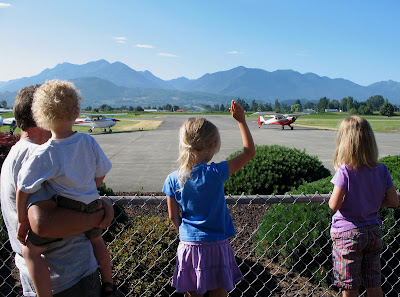 ...well, mostly just to sit on the patio and watch the planes coming and going.

So that was our backyard campout in review. And now I must get on with my Monday to-do list...Tuesday's coming fast!